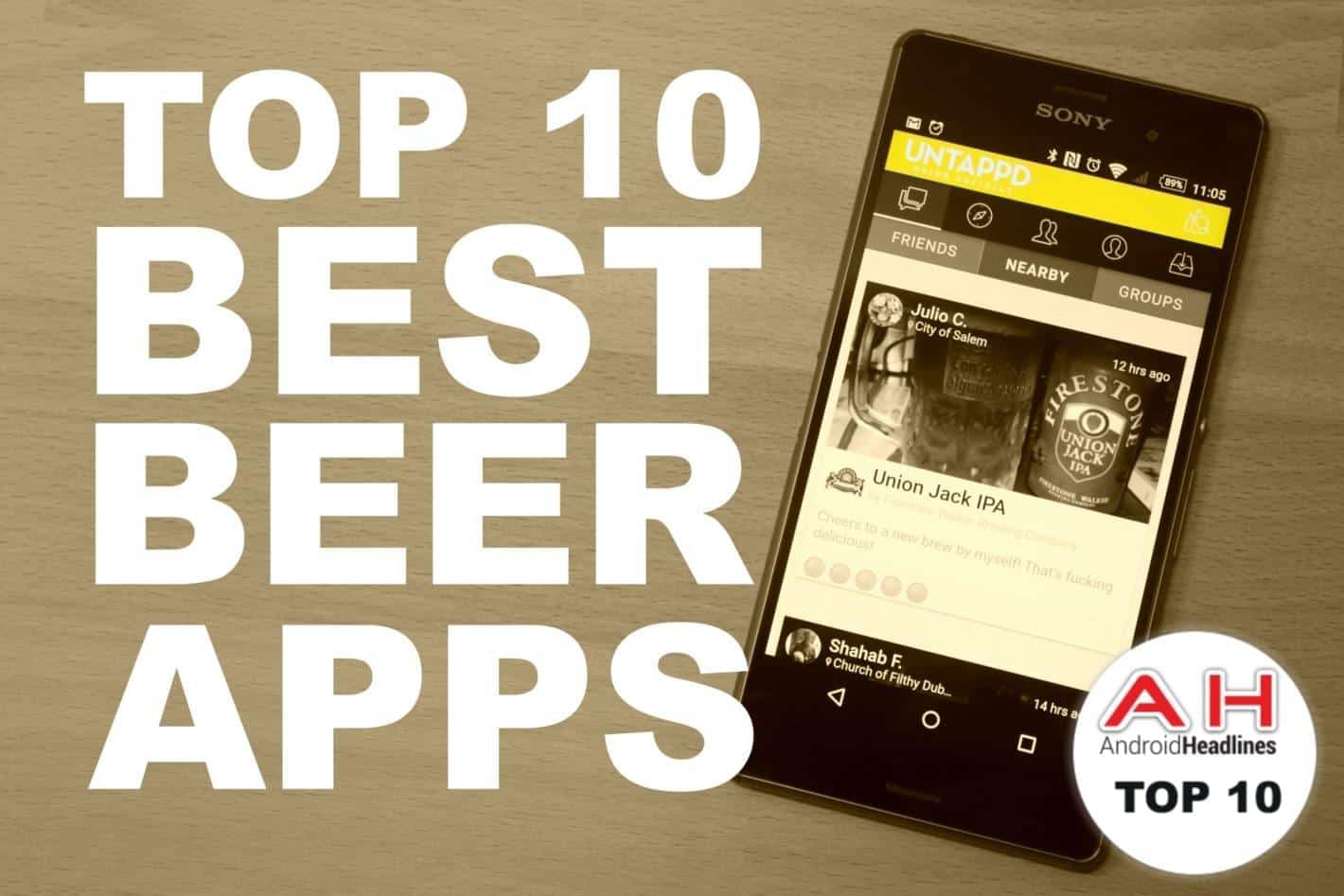 A really good beer can be completely understated, or it can have layers and layers of complexities that really push it over the top and present it as something that is worthy of attention. If you’re new to beer or just aren’t used to finding new ways to interact with it via your smartphone, there are actually quite a few apps on Android that you can use if you fancy yourself a beer fan. We’ve put together a list of 10 of the best beer apps to take into consideration. Without further ado here are the apps that you should check out. 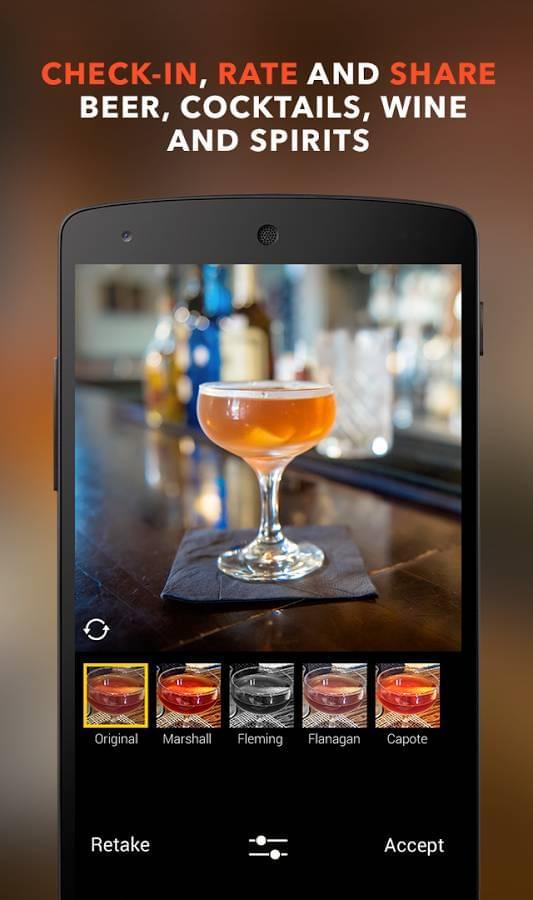 Starting off this list is an app called Elixir, which is aimed at helping you discover new drinks that you might enjoy. Now this isn’t limited to just beer, but if beer is your main go-to drink then it can be just about beer for you personally. Once you find beers that you like and have tried, you can also rate them in the app and engage with other users through the social community. 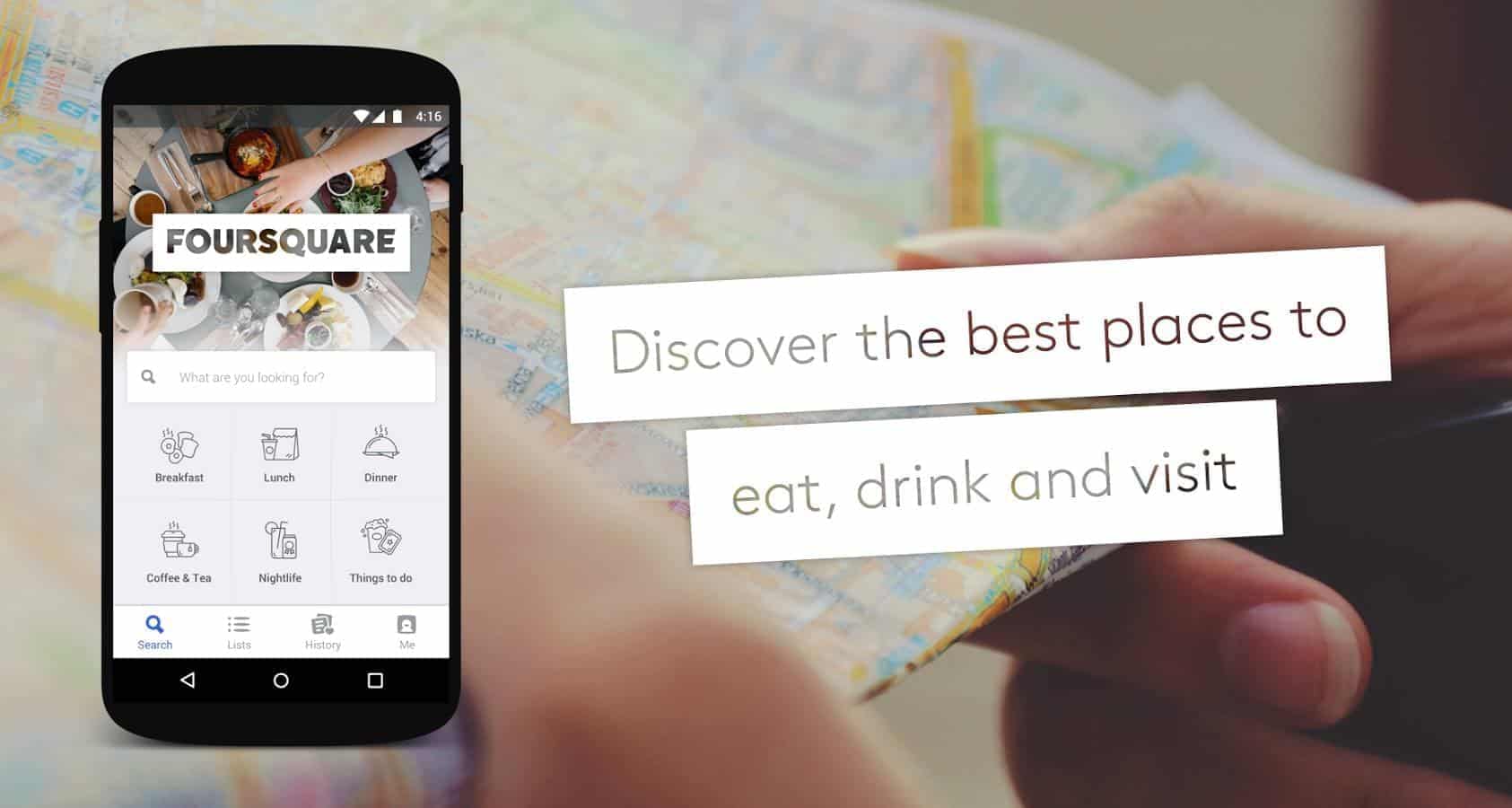 While this isn’t necessarily a beer app, it is an app which you can use to check into all of those tap houses and breweries you’re visiting (or should be visiting) and then interact with others in the social community of the service, whether it’s rating their check-in posts or discussing something you had at one of your own check-ins, like that new IPA you tried for the first time and absolutely loved. It’s also a great app for discovery, and chances are that others around who use the app as well have already discovered some great places to grab a beer. 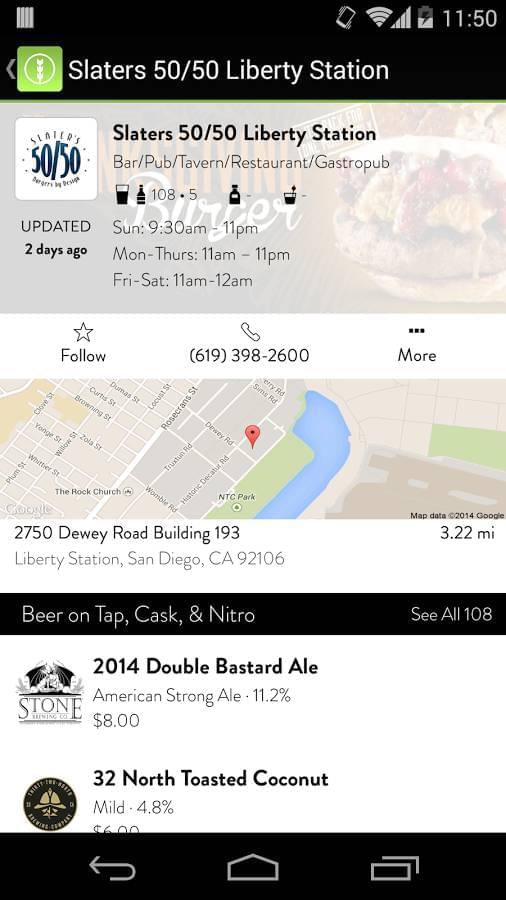 While some beers can be pretty amazing coming from the bottle, there is little comparison between a really great beer in the bottle and that same beer coming from the tap. That’s where TapHunter comes in handy as it aims to help you locate places around town with beer on tap, such as breweries or tap houses, and it will list off other key details like whether they have beer on Cask or Nitro. It also houses other useful information about beer like local beer events and such. 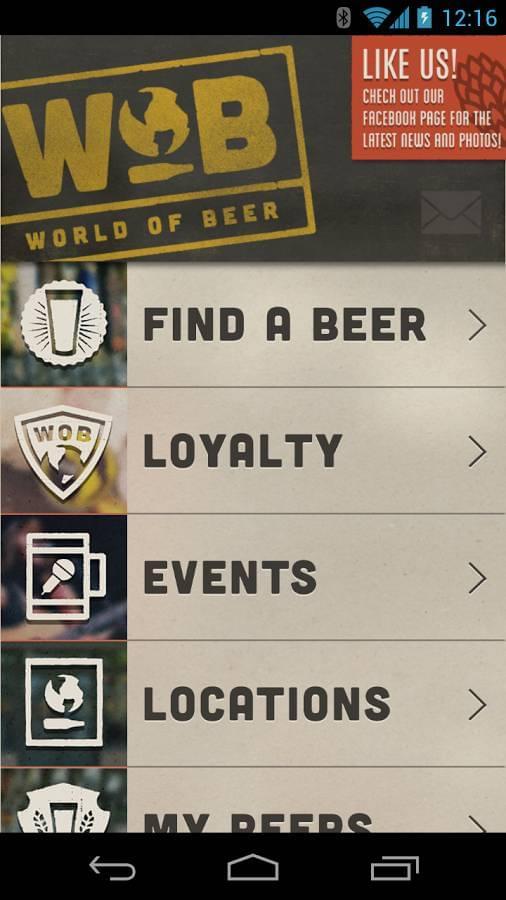 If you’ve been to one of the many World of Beer locations around the globe, then you already know how awesome they are. Their dedicated mobile app helps you find locations nearest to you, find beer that you’re interested in trying, and it allows you to access their loyalty program and rewards. If you’re particularly interested in events, it has information on surrounding local events too. 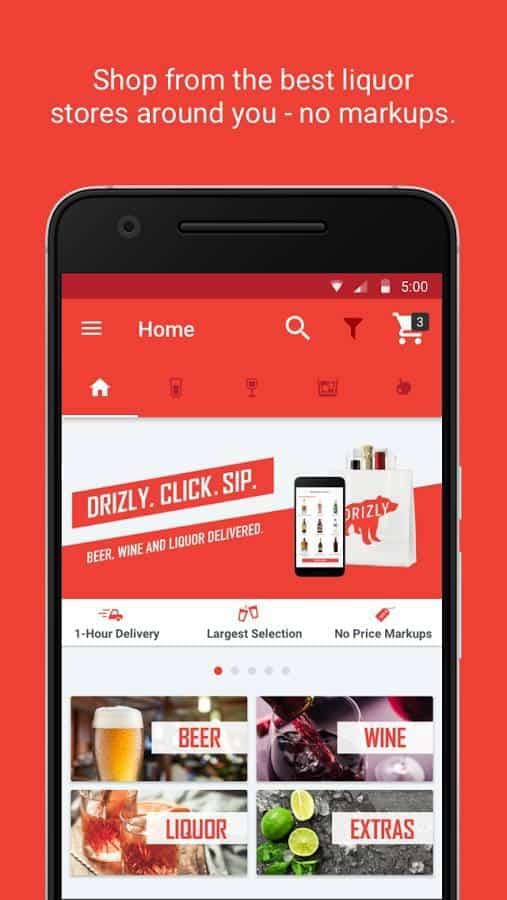 You might not have heard of Drizly before, and if not that’s ok, as they’re admittedly only supporting a smaller set of locations at the moment. If you’re lucky enough to live in one of the large metro areas where they operate, though, then this is an app worth having on your device. Drizly lets you order alcohol to be delivered to you at your doorstep, and orders are usually delivered within an hour. They offer more than just beer, but the fact that you can have beer delivered is what should draw the attention. You can even have orders refilled and you can track orders once they’re on the way. 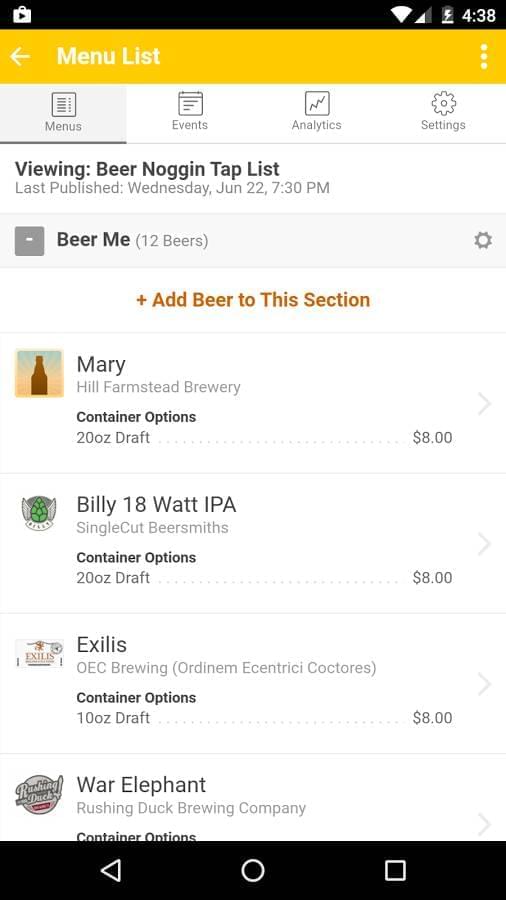 Untappd for Business takes some of the best things about the original Untappd app and blends them together with useful features that any business who serves beer can take advantage of. It lets you create menus of different beers that will be on offer and list anything from details about the brew to what a pint will cost upon ordering. The app can also be used to create and manage events as well as the menu. 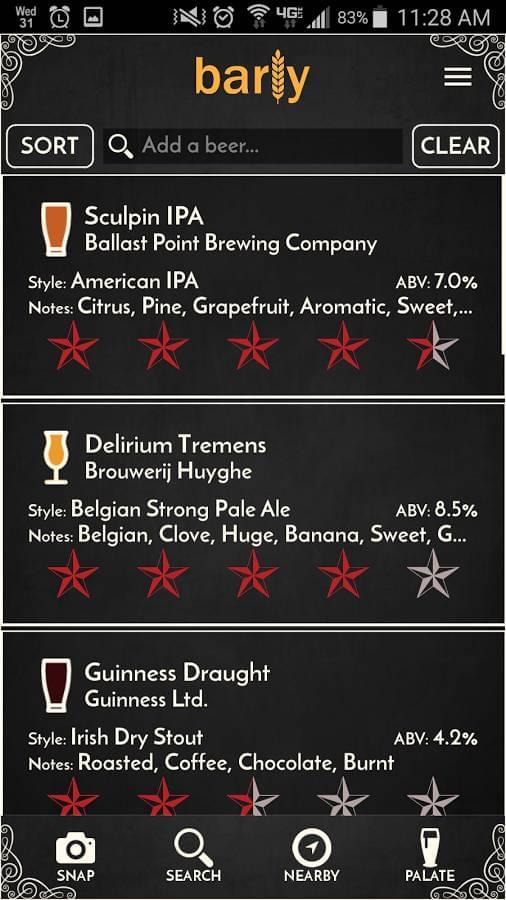 Aside from the clever name, as barley is a main component in many beers and you can buy beer in bars, Barly is looking to provide a sole function and that’s to help you find beers to try and enjoy. It has a stylish yet also intuitive interface that makes it easy to use, and it has useful information about each beer such as beer type, Brewery name, the ABV and IBU values, as well as a sstar rating system so you know hoh well-liked that beer may be. While you can use it to see what’s on tap at a place nearby, it also has a feature where you can take a photo of a beer menu and Barly can add that beer to their library of data. 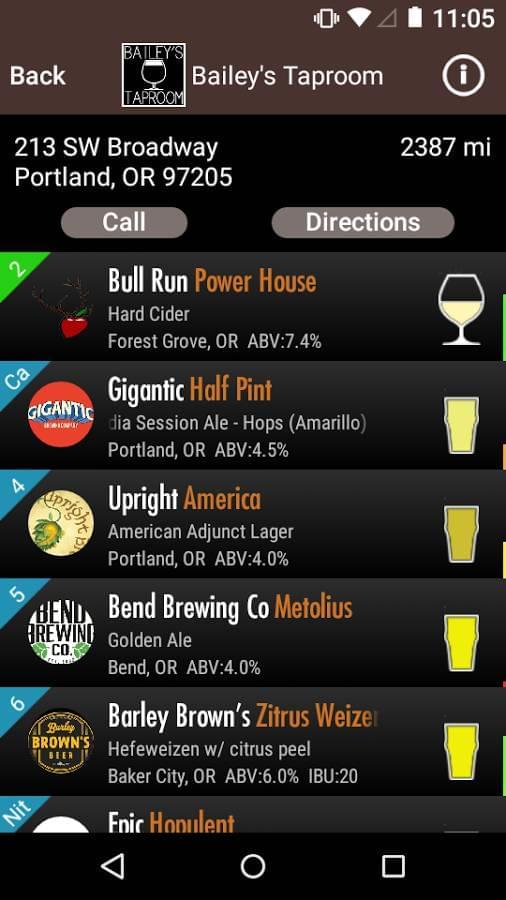 This is an app that specifically caters to the bars, tap houses, tap rooms, and breweries that use Digital Pous as their system for listing what they have on tap. Essentially, it’s the easiest way to see what any place currently has on tap, how much of it is left, and what kinds of beers they are without having to visit a website or go in to look at the list in person. If you love beer and some of your favorite local hot spots have Digital Pour, then this is a must have app. 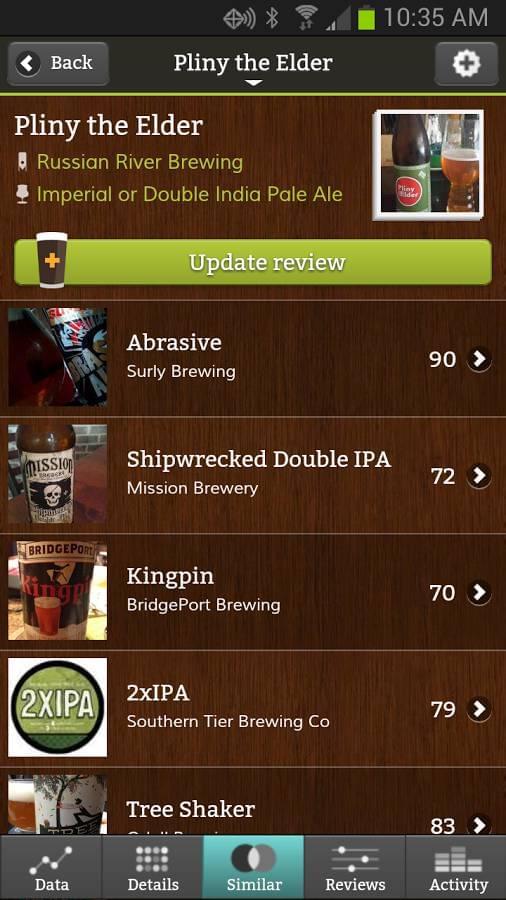 Much like some of the other apps on this list, Beer Citizen is focused on providing its users with a way to discover and learn about new beers. It’s got a sizable collection of beers from all kinds of breweries from around the globe, as well as detailed information about the beer such as type, ABV and IBU. You can also rate and review your beers in the app and attach photos for others to see what the beer looks like. In addition to all of the beer knowledge and discovery, there’s also a social community built around the app so others can converse and share their love of beer with each other. 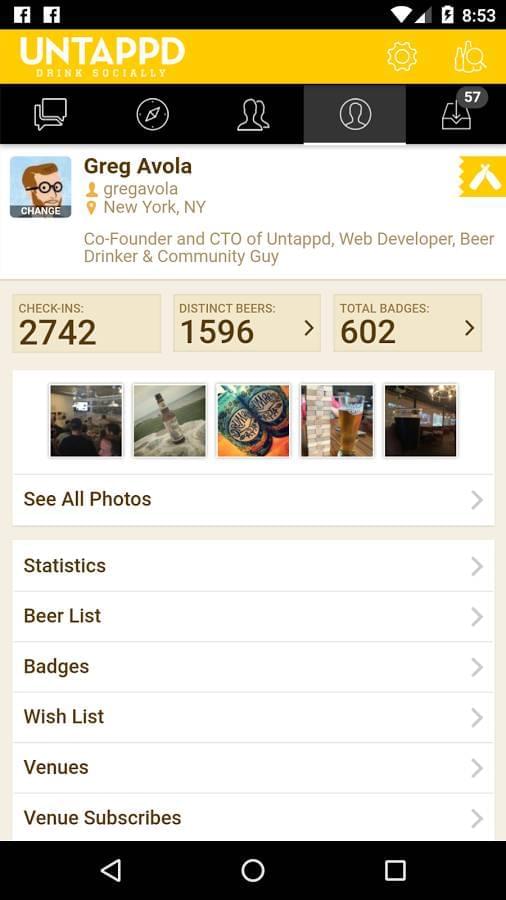 There are many great beer apps on this list, but Untappd is second to none. If you want an all around great app experience that’s focused on beer, then Untappd is that application. Like Beer Citizen before it, it allows you to discover new beers, enjoy photos as well as rating and descriptions of beers by other users, and you can upload and review/rate your own beer posts so others can join in on the discovery. It also has a check-in function that’s built on Foursquare, so others can see where you had that beer of choice in the photo you just took. Many local breweries and tap houses also have Untappd tie-ins, and will post check-ins and beer posts of their patrons, which is a cool little feature.