Basketball season is upon us and although there is sometimes nothing better than watching the game with friends, family, and/or loved ones, you aren’t always able, and sometimes you are but you’d rather be playing instead. If you’re not one who has any physical basketball skills but you still enjoy the game, you can always try your hand at basketball in digital form, and on the go through one of the many Basketball games that are available on Android. As there are quite a few of them, we’ve rounded up 10 Basketball games to check out heading into the weekend and beyond. 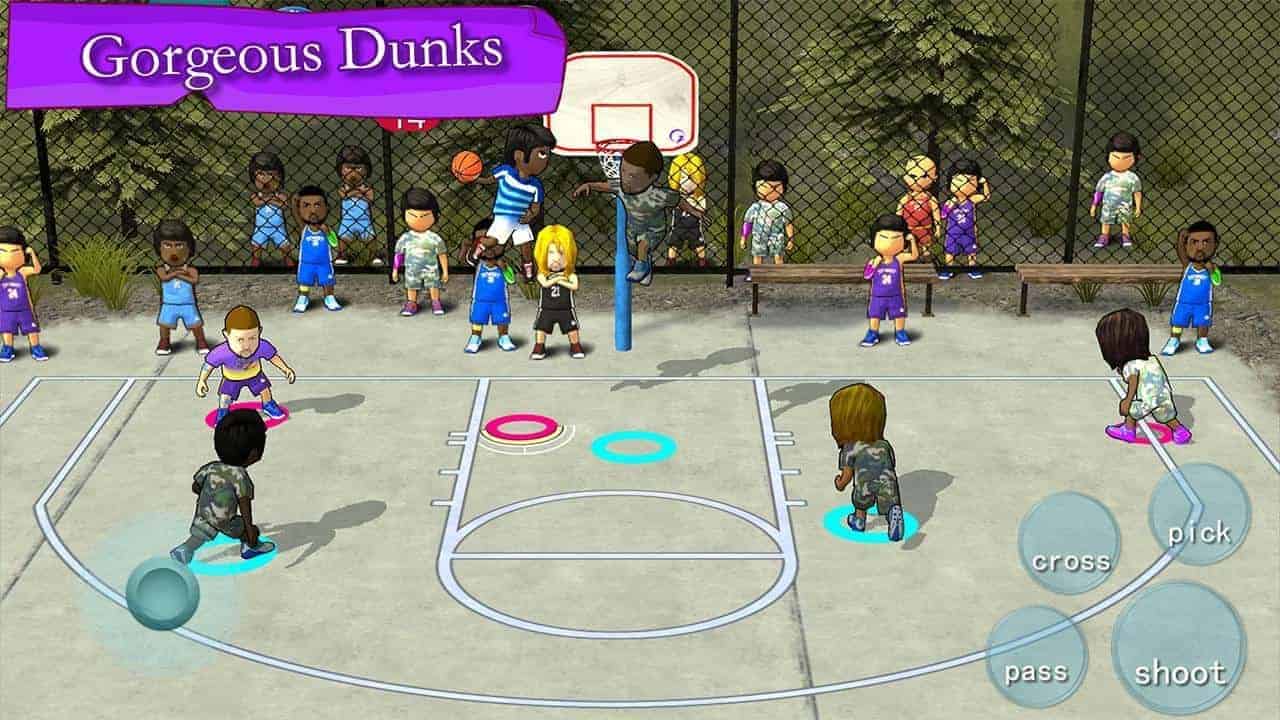 Starting things off is Street Basketball Association, which takes a less traditional NBA-style of play and incorporates more of the street rules. It has a fun and actually quite good set of visuals that take on a cell-shaded look, and you’ve got both single player and multiplayer modes available to you as well as three difficulty levels. 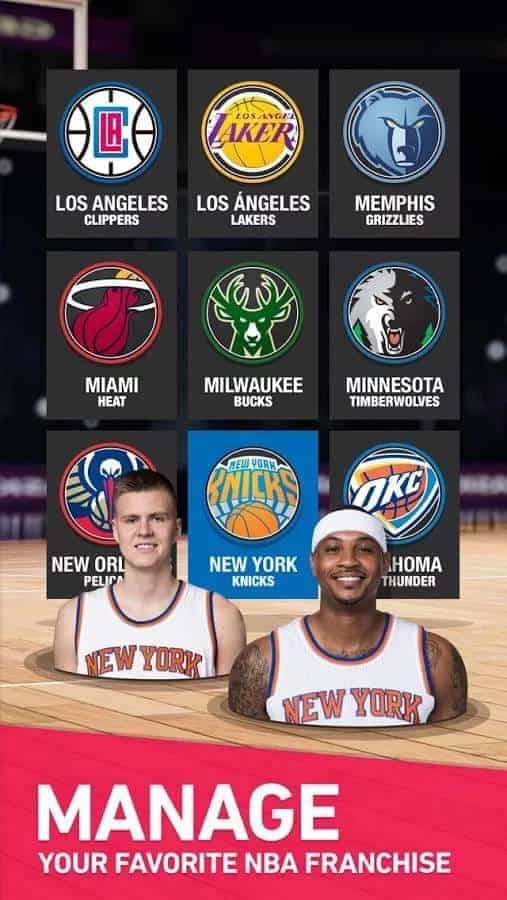 If you prefer to be the more managerial type, then you can lord over your teams with NBA General Manager, which lets you do just as the name suggests – manage just about every aspect of your team from signing players to enhancing their abilities and strengths on the court. 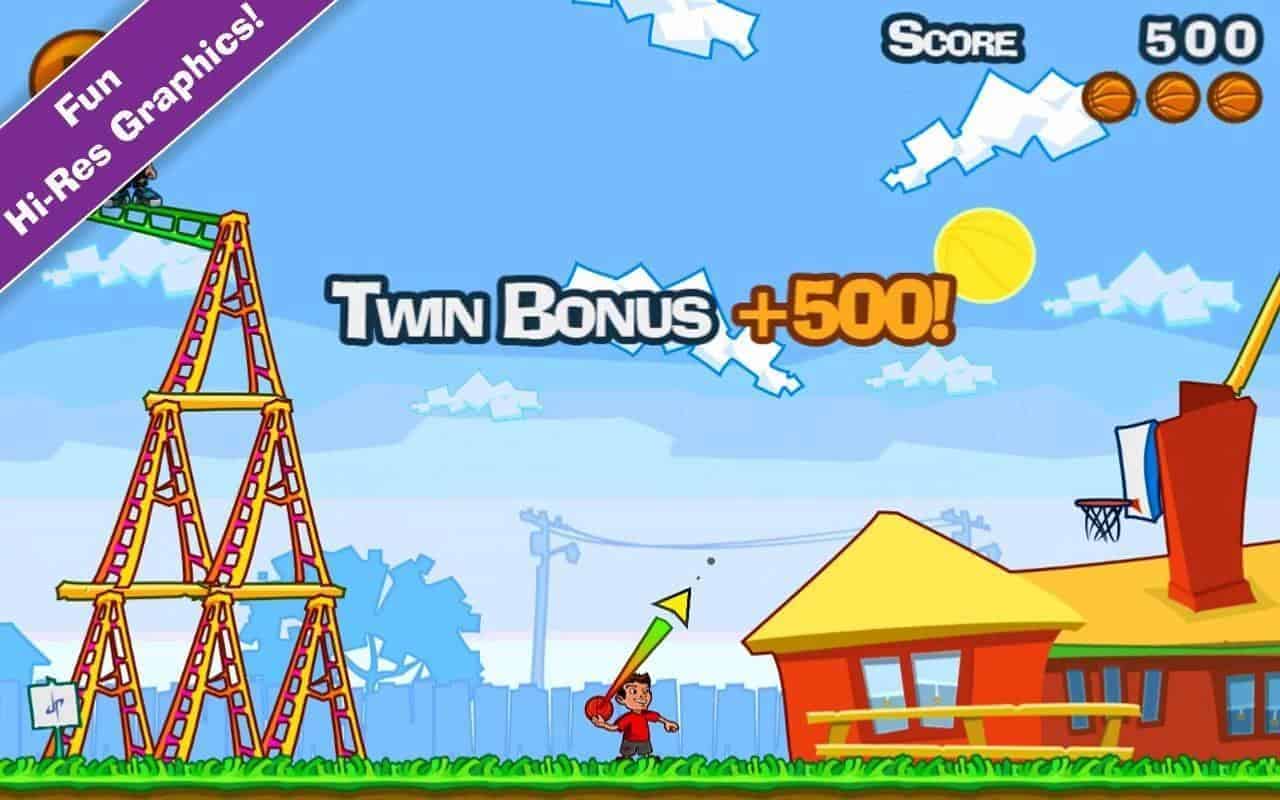 This isn’t your typical Basketball game, and that’s probably what makes it so fun and so popular. Intead of driving your plays down the court or managing your team to greatness, Dude Perfect is all about that perfectly insane shot that no one thinks you can make. There are loads of obstacles across a plethora of levels with tons of trick shots to complete. 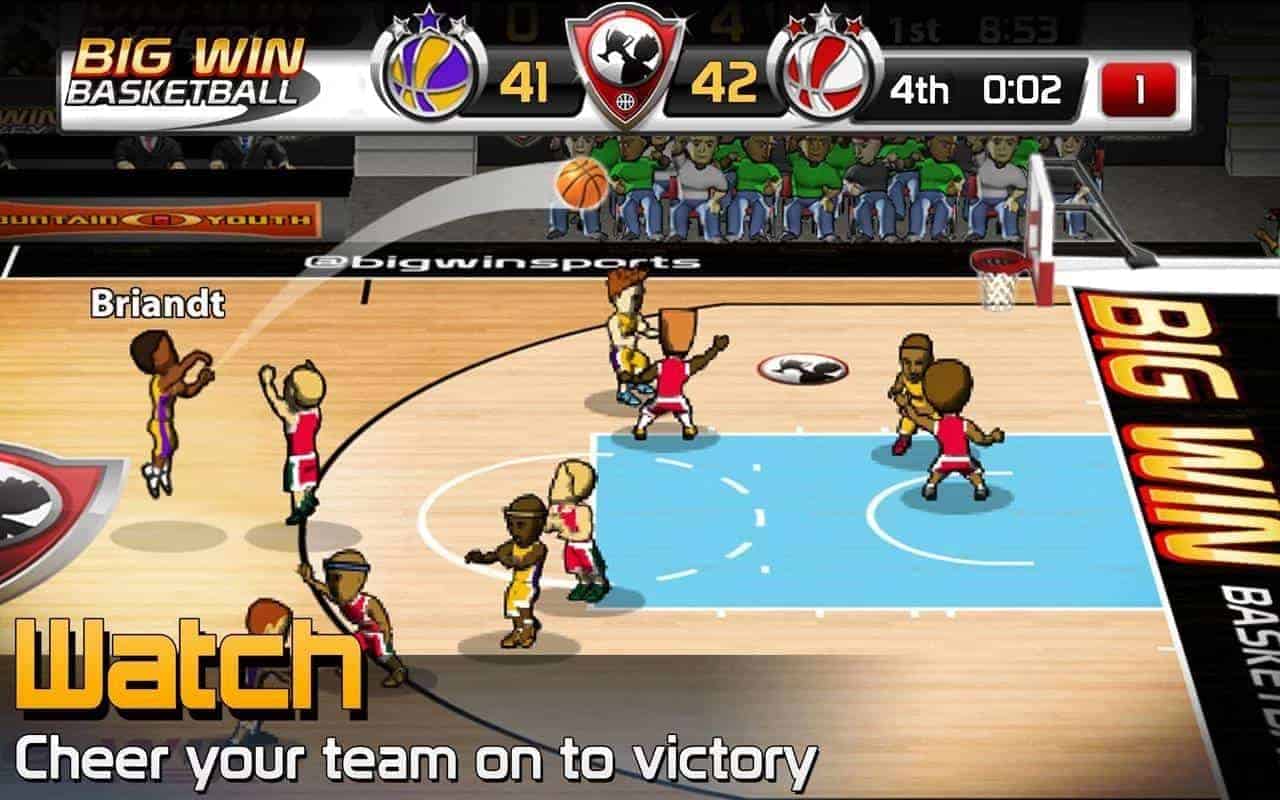 BIG Win Basketball is another game which doesn’t offer your typical gameplay in this genre. Instead it has you creating and managing your team, then starting any number of games which you actually watch play out based on a series of cards you have chosen. These cards will dictate various elements that can affect the outcome of each match, such as your player abilities. You can connect and play with friends online, and even engage in quick matches if you’re short on the time to complete other game modes. 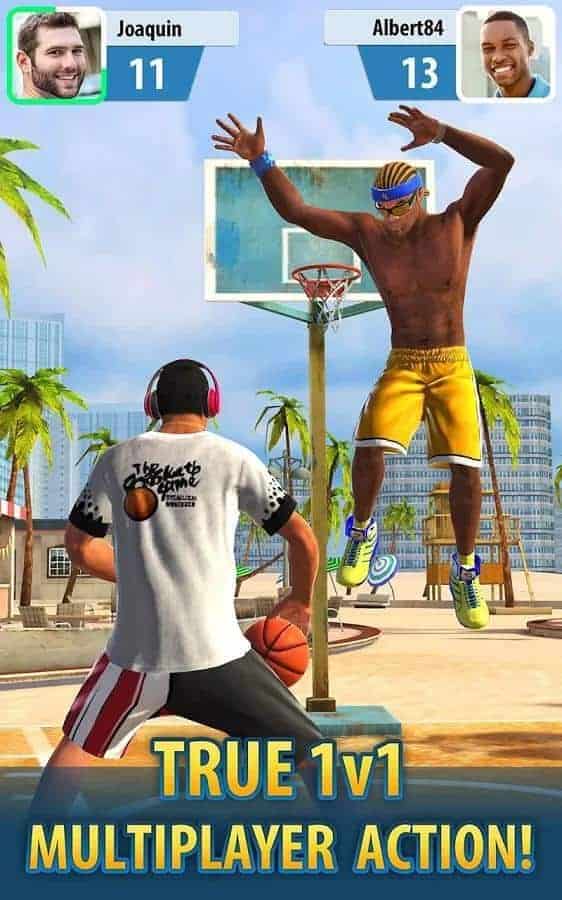 With Basketball Stars, you’re treated to some pretty decent 3D visuals and gameplay that is based on 1v1, meaning you’re one single player going up against another single player as opposed to controlling a team. There are two game modes included here, which are actual 1v1 matches, or the 1v1 shootout which tasks you with trying to get the most baskets before the timer runs out. 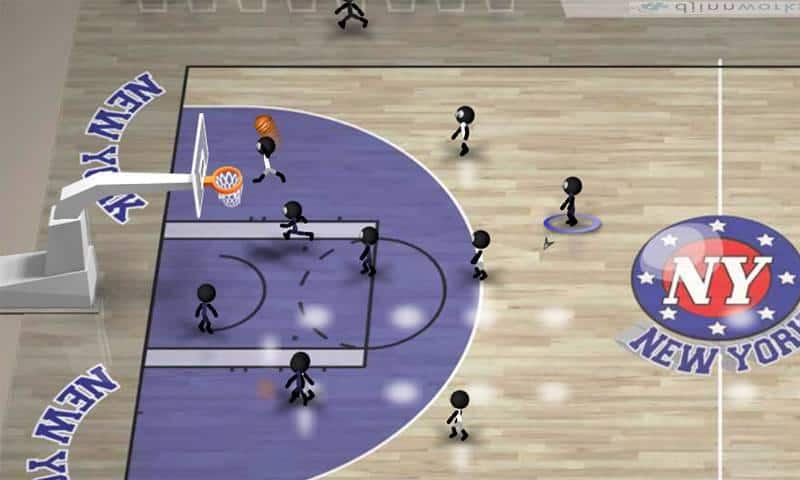 Stickman Basketball is just like all of the other sports games in the stickman series, and that’s a good thing as these games are fun. Although the players on the court are all stick figures, you’re controlling the different players on your team and will be challenged to best your opponent. The game includes multiple game modes and seasons to complete, and there’s a total of 31 different teams to choose from. With over 50 million installs and a decent rating, this is one worth checking out. 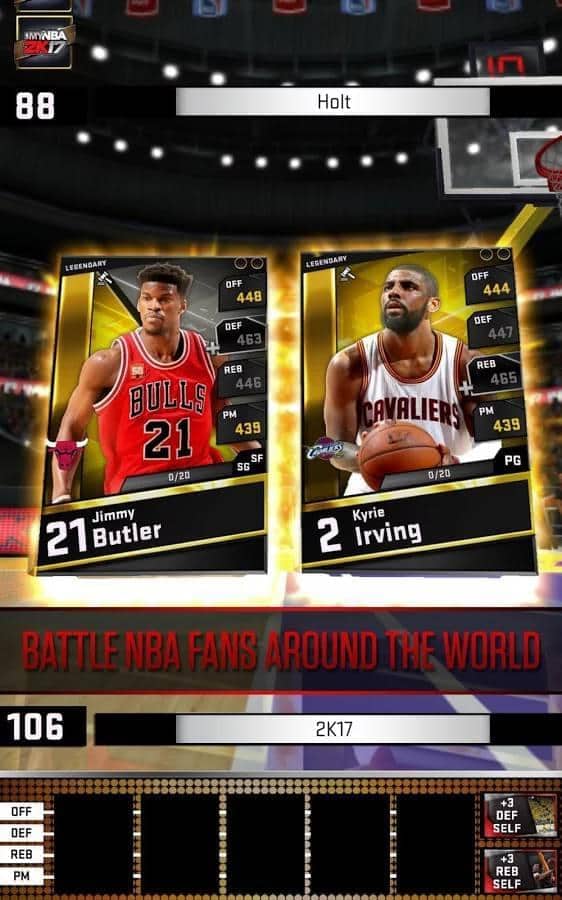 This isn’t exactly a basketball game on mobile, but it does have tie-ins to the actual game on consoles and PC, and if you’re a fan of that version of the game this is an app worth checking out. You can collect different player cards and there are some gameplay elements as you can use your collection to battle other players in the pick-and-in mini game that uses player stats. It also lets you scan your face to use on players in the console/PC game version so you can actually play IN the game while you play the game. 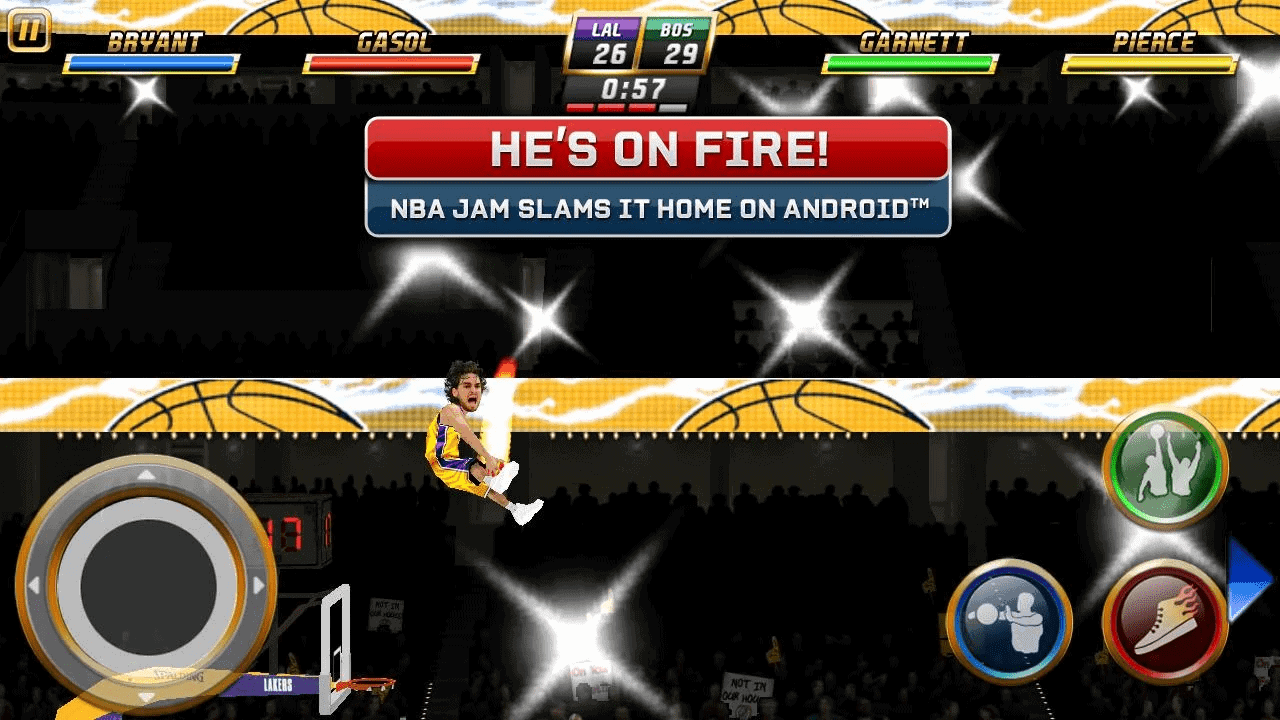 Basketball game fans are likely well familiar with this classic, and even if you’ve never played it this is one of the best NBA games ever released. It foregoes realism and the complexities you might find in more true to life basketball games, and instead utilizes over the top plays and audio/visual elements to make it just an all around fun game to play. There is a huge focus on the different types of dunks you can do, and there are single player and multiplayer modes. 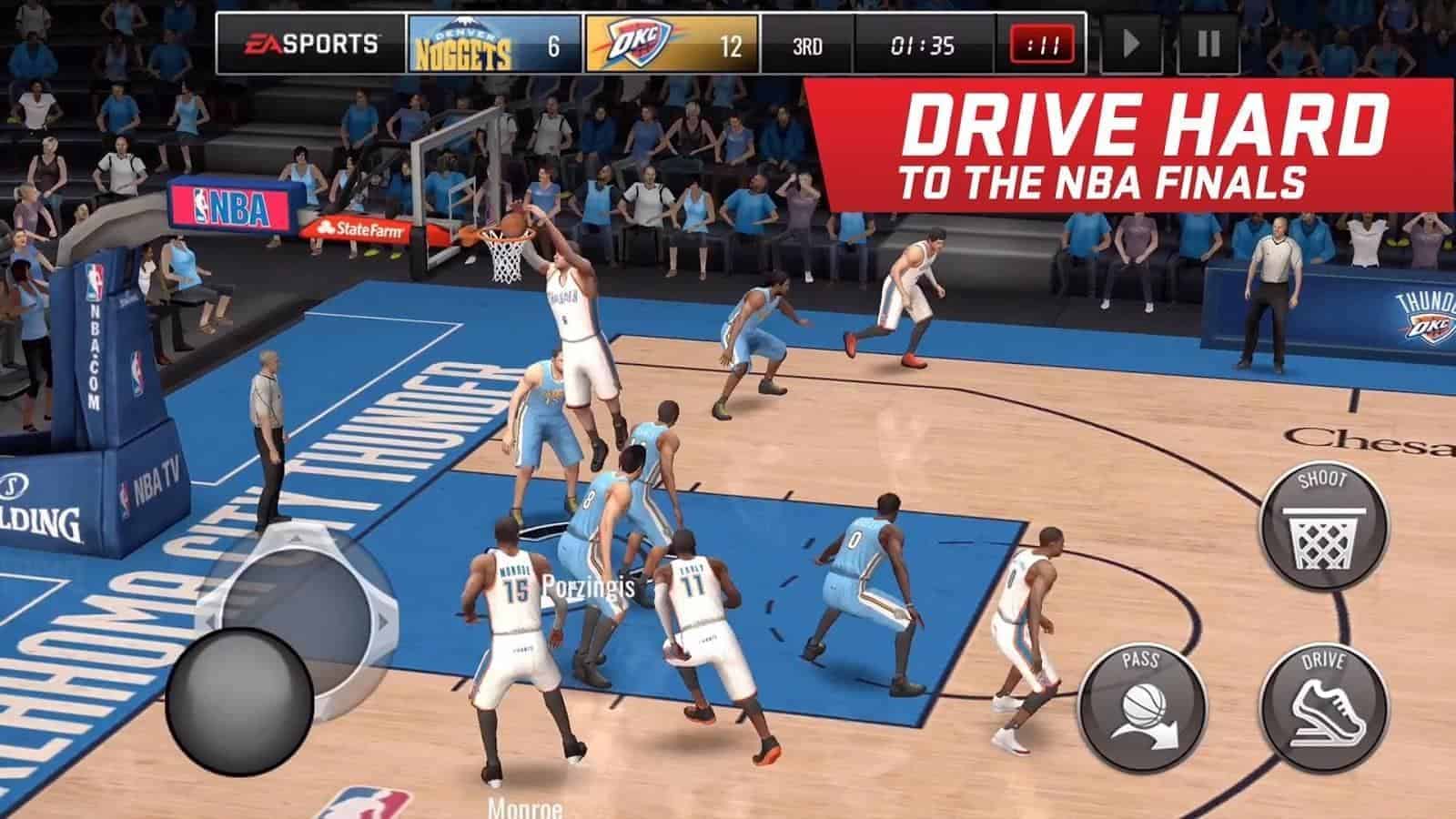 Next up is NBA Mobile Live, which offers up a more authentic feel with 5v5 team play with up to date rosters, teams, and more. While you can enjoy the single player and multiplayer modes, NBA Mobile Live also has live events that tie into the actual NBA season to watch out for that will bring enhancements to the game. 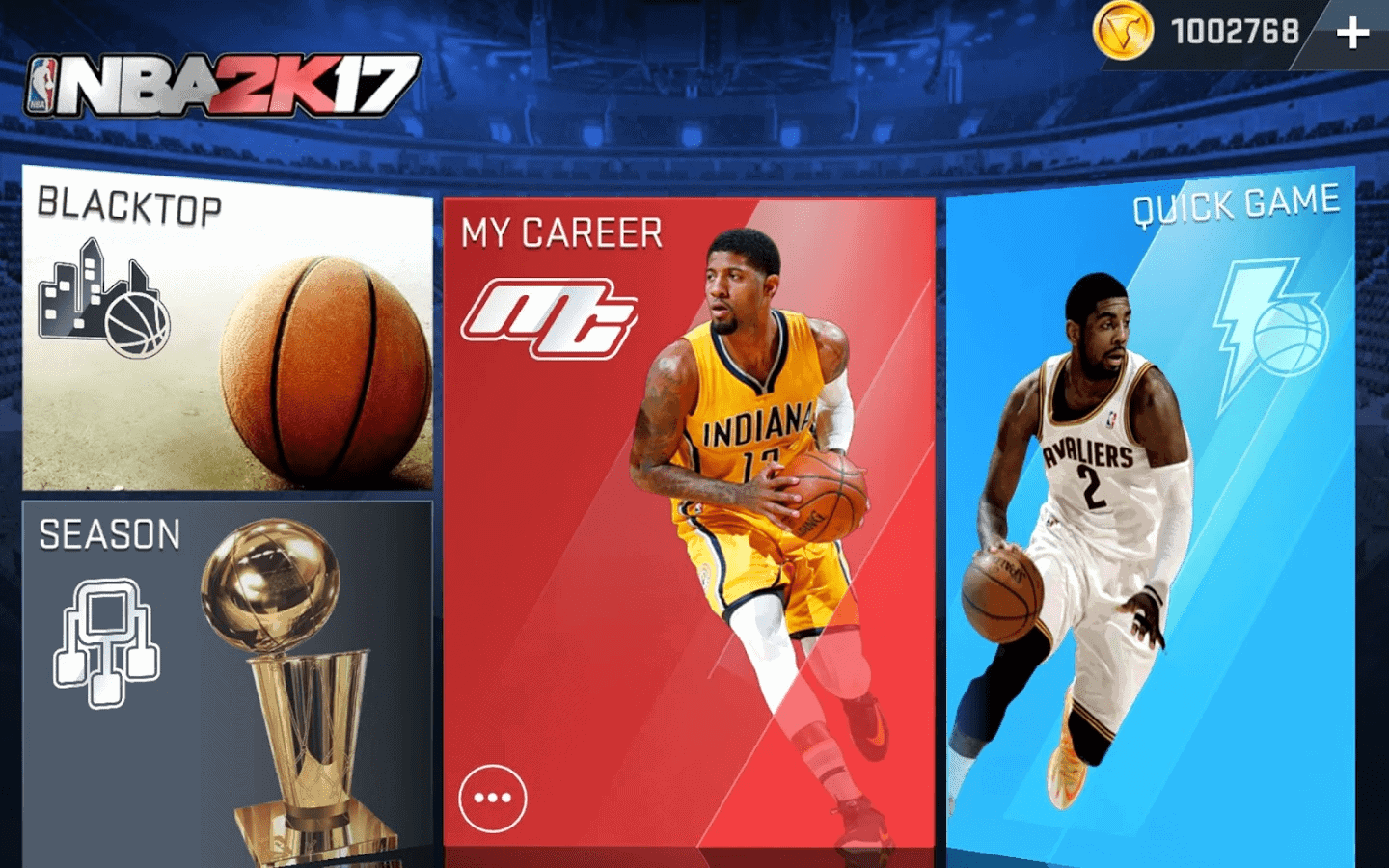 Rounding out the list is likely going to be the end all be all for Basketball games on mobile for many users. While not quite as equipped as the console and PC versions of the game, you’ll find many of the lovable attributes here with excellent 3D visuals and a vastly rich career mode for you to complete. The game also features multiple modes and cool little features like unlocking different team uniforms.