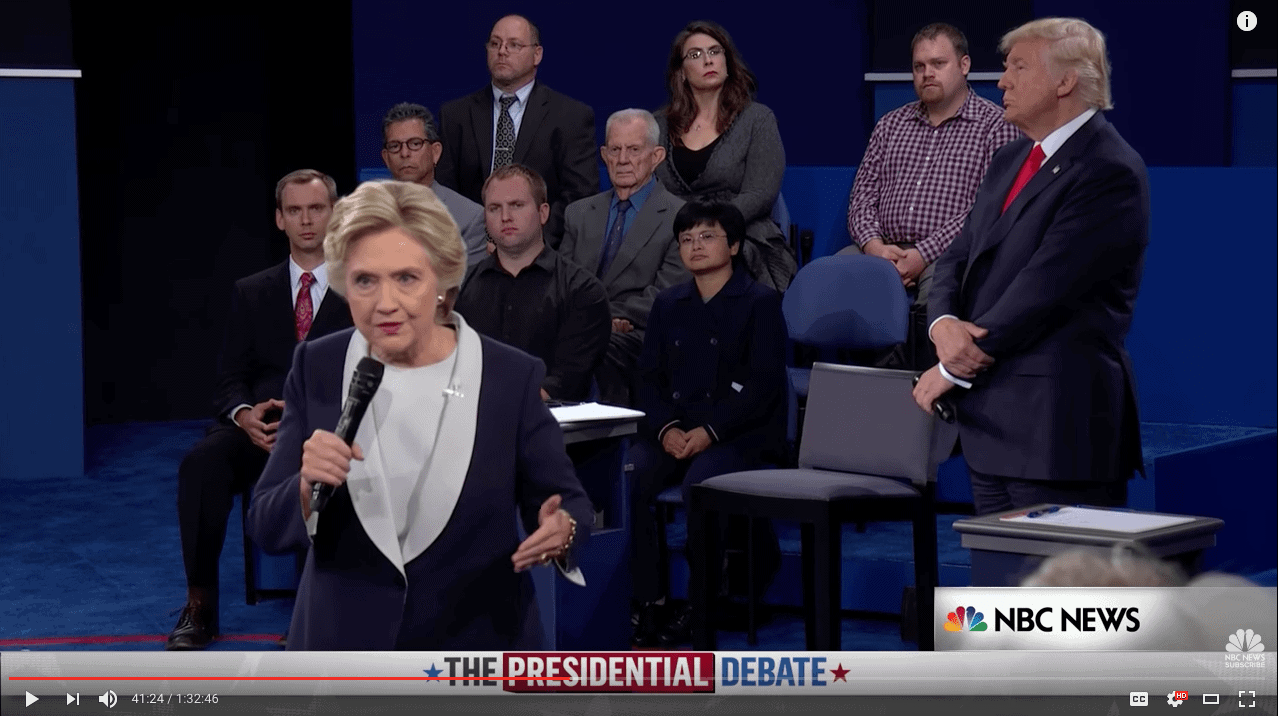 This past Sunday, the second Presidential Debate took place in St. Louis, where the Democratic nominee for President, Hillary Clinton and the Republican nominee for President, Donald Trump, faced off once again. The first debate was quite popular and beat the numbers from the 2012 debate, both online and on TV. But the second debate did even better. Of course, part of that was due to all of the breaking news that came out hours before the debate. Which included that leaked video of Trump from 2005, as well as many Republicans rescinding their endorsement for Trump. All of this made for a pretty interesting start to the debate.

For the second debate, YouTube has seen over 124 million viewers since Sunday. They didn’t see as many live viewers as the first debate, but many, many more viewers watching the debate after it aired. That’s a 40% increase over the first debate, and nearly double what Nielsen reported for the television networks. The major networks like CNN, CBS, NBC and ABC all brought in 60 million of the 65 million people that reportedly watched on TV.

This data definitely shows that this presidential election is a pretty big one for the US. Seeing two straight debates beat all kinds of watching records. It definitely sets the stage for the third debate which is happening on October 19th, and will add even more hype to the final debate. These debates are designed to help the American public decide on which candidate they should vote for president in November. So there’s no real “winner”, but many voters will say that one won over the other. The debates have been a big part of the election season since the 80’s.

The third debate will continue to be live streamed on YouTube, as well as Facebook and Twitter. So even if you don’t have a TV, or aren’t near a TV, you’ll be able to keep up with what’s happening between Clinton and Trump in the third and final debate of this election season. Of course, it’ll also be on TV with all of the major news networks once again. It should be an exciting debate, and could even surpass the numbers that the first two debates saw.