Considering that the network connection we get to our smartphones are perhaps the biggest factor in how quickly videos load as well as how quickly we can download and install apps and games, it’s no wonder there are apps like Network Master available. This is an Android app that allows users on Android to check and see how good their connection over both cellular and WiFi connections is as well as see if there are any phishing or data sniffing scans going on near them. A great way to boost your network speed as well as see if there are other devices on the network using too much bandwidth your phone could be using, Network Master is a good app to have installed. It also helps to boost battery life as well as keep your phone clean and running smoothly, So, let’s take a closer look, shall we?

Users just need to download Network Master from the Play Store for free in order to get started. While this is a free app, there are a number of ads and promotions that make it as such. 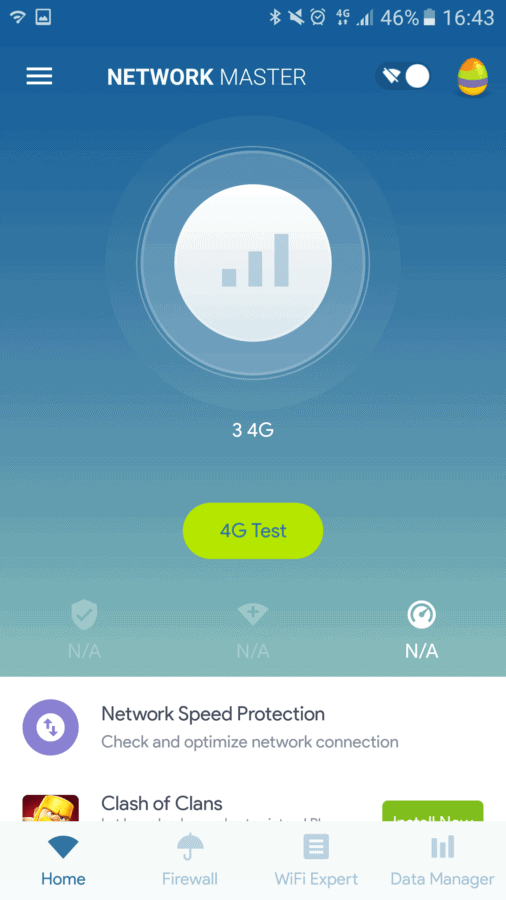 The first thing that users see when loading up Network Master is the speedtest screen, which as we can see allows for checks over both WiFi as well as a cellular connection. For a lot of users, this will be a nice addition as unlimited data plans and large data buckets are now becoming more and more common these days. 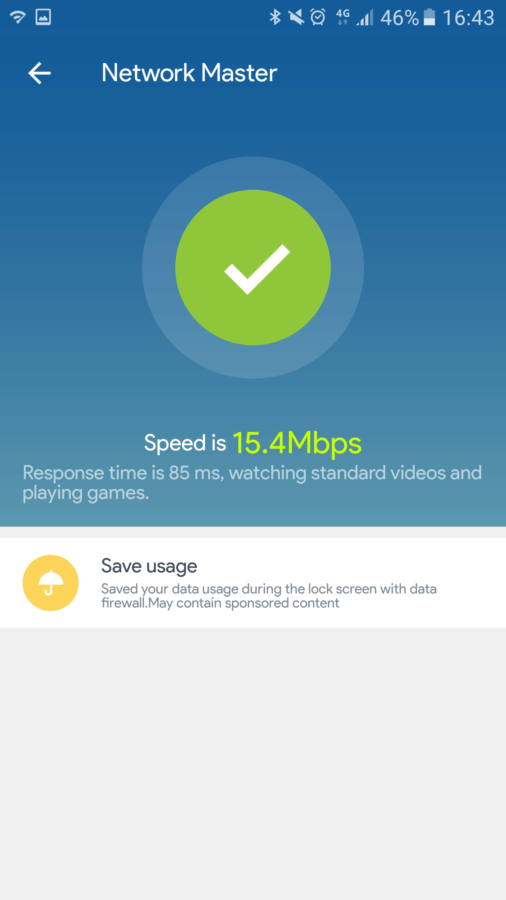 At the end of each speed test, you’re given a final figure, as well as some advice as to what this speed means to users in relative, understandable terms. This is a nice touch, as there’s rarely much in the way of helpful advice on what actual speeds mean to users and what sort of performance they’re deliver. The WiFi speed check is a little different, as it also runs through a checklist to make sure that you’re safe to go about your business online. 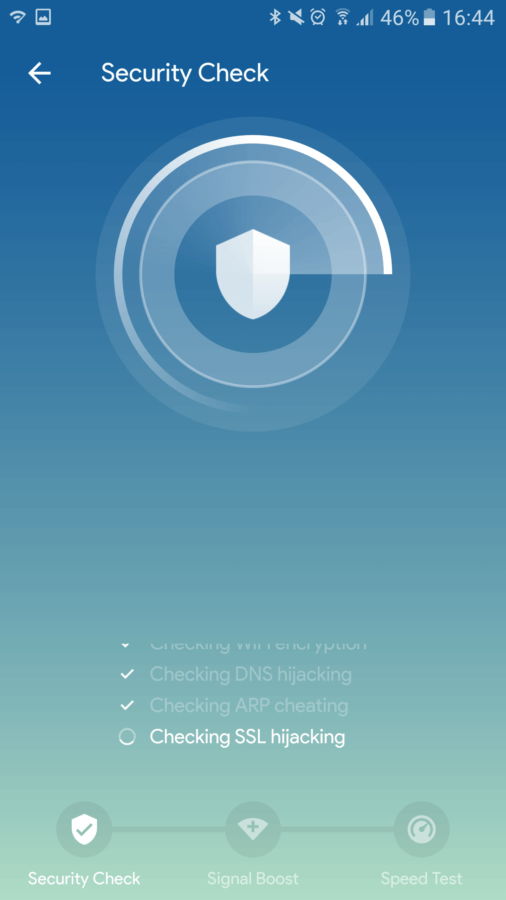 WiFi can be, for some people, an absolute mystery where making things faster or safer are concerned, so it is nice to see that Network Master will inform users of when there’s some sort of phishing or whatever going on. 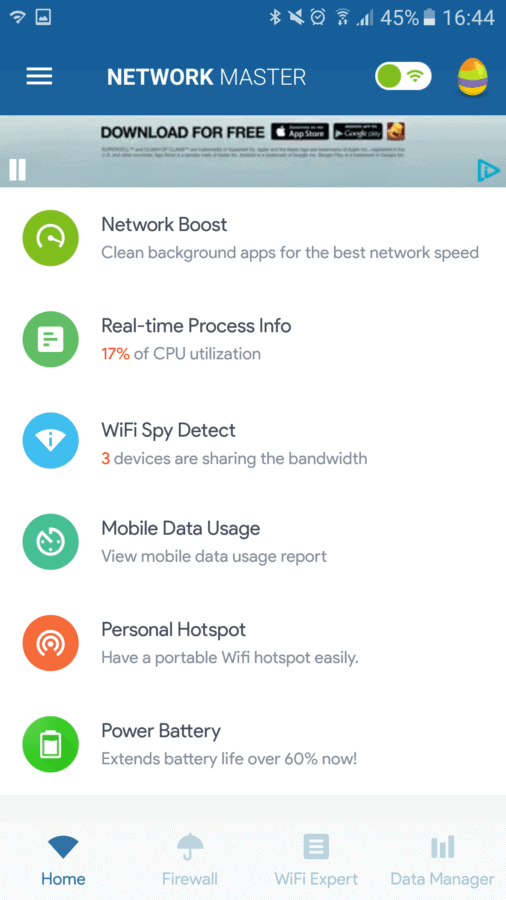 These range from the very useful, to the sort of gimmicky. One of the more useful options here is the Data Usage part of the app. You might be wondering why, given that Android does have its own version of this built in, but Network Master offers something a little more comprehensive. 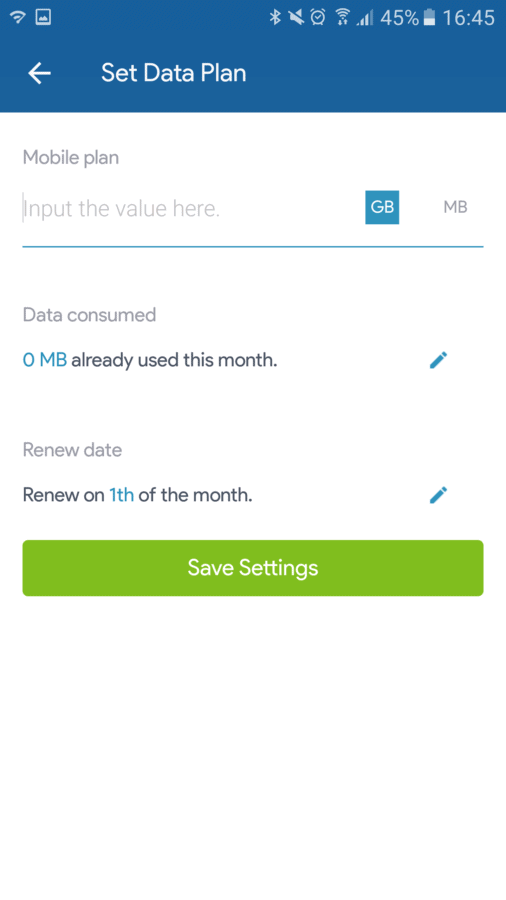 This data meter won’t be useful unless you keep on using the Network Master app, but being able to tell the app when your data renews each month is a critical addition. My data, for instance kicks in at the second week of each month, so being able to tell the app this information works wonders to give me an even more accurate idea of when I’ll next have some more data available. Gimmicky features come in the form of the Network Boost feature, which essentially kills some running apps to apparently make your device run quicker. For a lot of people however, this isn’t the case, and there’s also no way to add certain apps to a blacklist, either. 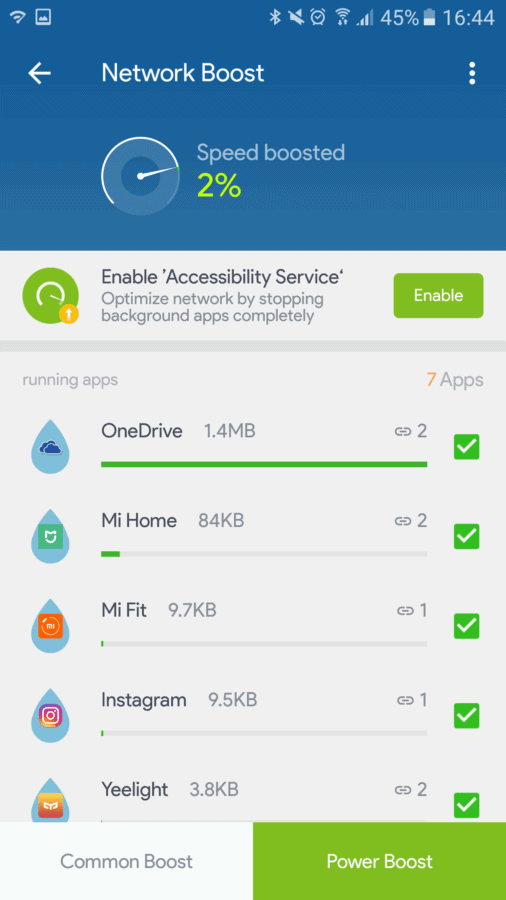 Regardless, there is a lot on offer here with Network Master, and it can be especially useful for those that are looking to get a little more insight in to how their WiFi networks and such are working. Besides, the app is entirely free after all, despite some pesky ads. 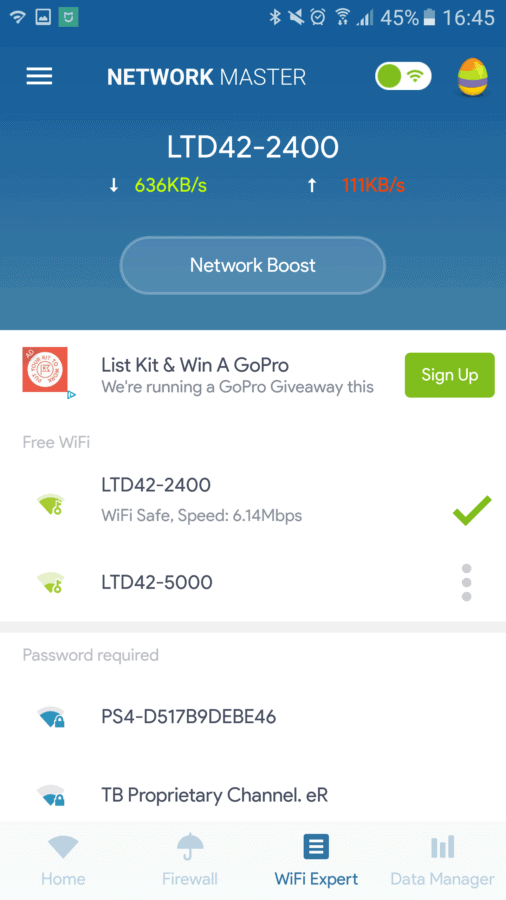 While playing around with Network Master, it’s easy to see exactly why people will find a lot of value in something like this, after all there are some quality options here that a lot of people will enjoy. Chief among them being the peace and mind that comes with knowing whether or not something is trying to sniff your WiFi data. This is a pretty big deal for a lot of users, and will no doubt deliver a good feeling knowing that there’s nothing in your way when using your own WiFi connection. The data usage part of the app is genuinely useful as well, and there’s not much that I would change about the app aside from perhaps misleading features such as the signal boost and the killer of apps to get things running quicker on your device, as this mostly ends up as a placebo. With a lot of other great features and a very elegant look and feel however, this is something that can be recommended to the majority of users.

All-in-all, Network Master has a lot on offer for all kinds of users, all the while looking good doing it. Features such as scanning WiFi to make sure that everything is nice and safe and free of WiFi sniffing is something that will put users at rest. Gives users a good look into the overall health of their network and helps to improve performance in some areas, too.