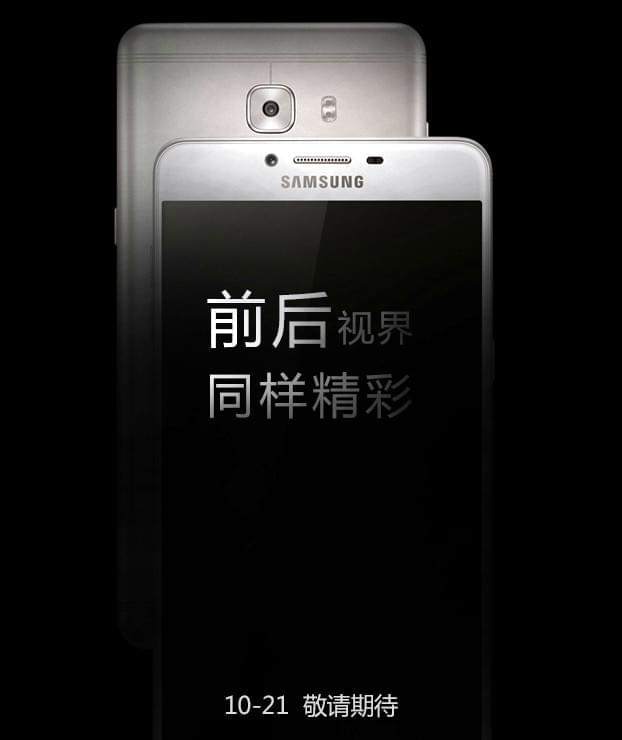 Aside from flagship smartphones Samsung had introduced this year, the company had also rolled out a number of more affordable devices as well, including a couple of 'Galaxy C' phones. The Galaxy C5 and Galaxy C7 were announced earlier this year, and the Galaxy C9 has been leaking out for weeks now. The Galaxy C9 was recently certified by both TENAA (China's equivalent to the FCC) and FCC, which suggested that we'll see this handset hit the market really soon. Well, Samsung has just revealed when can we expect this smartphone to land, read on.

The South Korea-based tech giant has announced an event for October 21st, and based on their teaser image, the Galaxy C9 is the phone that will be announced during the event. This phone goes hand-in-hand with the leaked images we've seen, which more or less confirms that it will land on said date which is only two days away. Now, if TENAA's listing is to be believed, this handset will sport a 6-inch fullHD (1920 x 1080) AMOLED display, 6GB of RAM and 64GB of expandable internal storage. The device will be fueled by the Snapdragon 652 64-bit octa-core processor, along with the Adreno 510 GPU. The 16-megapixel shooter will be placed on the back of this phablet, and we'll see a 16-megapixel snapper on the front side of this phone as well, though we're still not sure whether Samsung intends to use identical sensors here or not. The 4,000mAh battery will be included in this package as well, and it will not be removable. Samsung's physical home button will be placed below the display, as per usual, and will double as a fingerprint scanner.

Two SIM card slots (2 x nano SIM) will be included here as well, and Android 6.0.1 Marshmallow will come pre-installed with the company's custom skin placed on top of it. The Galaxy C9 will measure 162.9 x 80.7 x 6.9mm, while it will weight 185 grams. This phablet will be made out of metal, as you can see in the provided images down below. It will sport a brand new antenna design, while it is expected to land in Silver, Gold and Rose Gold color variants.