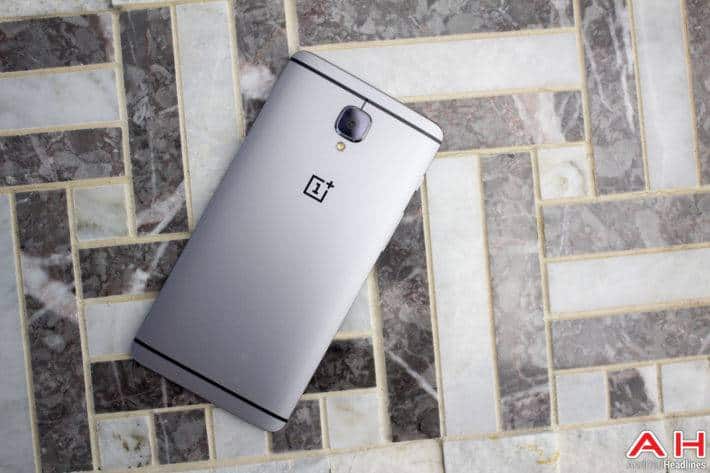 Prolific leakster Evan Blass has tweeted today that “OnePlus 3 + ~$80 + [time] = OnePlus 3T#met3Thitarhymeacapella” in a cryptic message that appears to point towards an upgraded version of the successful OnePlus 3, called the OnePlus 3T. We have been seeing rumours and leaks of an upgraded OnePlus 3 device, with the letter “T” at the end, for a number of weeks now. It is not uncommon for device manufacturers to upgrade devices after a relatively small number of months in production. However, taking the tweet at face value, this might be implying that the OnePlus 3T will cost $479 in North America, that is the current price of $399 plus the $80 premium. We might reckon on the OnePlus 3T being based around the Qualcomm Snapdragon 821, itself a polished and improved variant of the Snapdragon 820 we find in the current OnePlus 3.

OnePlus may also upgrade the resolution of the current 1080p HD AMOLED panel to a 1440p or QHD AMOLED panel: would this improved hardware justify an $80 premium to the existing OnePlus 3? Of the expected improvements to the OnePlus 3T over the OnePlus 3, an upgraded AMOLED is probably less likely compared with the chipset, which seems all but confirmed. Of course, Blass’ tweet says rather more than this. We don’t know what the “[time]” reference means: could this simply be Blass stating that he does not know when the OnePlus 3T is due to be released? Or could this point towards something else, perhaps a difference in the OnePlus 3T’s specification?

We also have to ask what the hashtag “#met3Thitarhymeacapella” means. It remains to be seen what OnePlus will do with the current OnePlus 3 model when or if an improved model is released. It is possible that the OnePlus 3 will continue on – it remains a very respectable device – with the OnePlus 3T being a new champion model at a higher price. It is also possible that the new OnePlus 3T will retail at $399 and the price of the older model will drop by $80. This could also explain the $80 cost difference between the devices. However, even in the OnePlus 3T’s price increases to $479, this is still below the cheapest Google Pixel model available and OnePlus would still be producing an inexpensive flagship model, even if the LeEco Pro 3 is cheaper for the same Snapdragon 821, starting at $399 before the $100 discount.