The LG G5 was introduced back in February during the Mobile World Congress (MWC) in Barcelona, as a serious step away from its predecessors, as it came with a semi-modular design. The LG G5 was supposed to be a smashing hit for LG, even though initial impressions were not as great as LG had hoped. Well, it turns out that the company was unable to get people interested in the G5, at least not as much as they had hoped. The LG V20 received a much better initial response, and LG will have to do their best in order to get back to the right path, and get people interested in the LG G6 which is expected to arrive in the first quarter of next year.

That being said, the LG G6 rumors have already started, though not that many info leaked thus far. A couple of days ago, a rumor surfaced saying that the LG G6 will feature MST for mobile payments, and about a week before that, a rumor said that the LG G6 will not be modular as the LG G5, which means we can expect a considerably different design to be provided by LG. Anyhow, a new rumor has just popped up, and it says that the LG G6 will ship with a fingerprint scanner, and claims that modules will not be a part of the offering, which more or less confirms that we won’t be seeing a (semi-)modular design this time around. That is more or less all the info that this particular rumor shared.

Considering we’re still some months away from the LG G6’s announcement, we can only guess what will the phone look like, and what specifications will it sport. Will LG return to the recipe that worked, and include all the physical keys on the back of the LG G6? Can we expect to see removable back covers once again by any chance? Well, all those questions will be answered once LG introduces the phone, but we should be seeing more and more leaks in the coming months. One thing is certain, however, the LG G6 will ship with top of the line specs, so you can expect it to be fueled by the Snapdragon 830, while it is quite probably LG will include 6GB of RAM as well. Android 7.1 Nougat is probably going to come out of the box, and you can also expect this phone to ship with a really capable camera(s), as did the LG G5, and all of LG’s flagship smartphones before it.

Update: LG unveiled this new iris scanner which is an all-in-one module with the front-facing camera. They mention that it will be available in smartphones beginning next year, hinting at iris scanning coming to the LG G6. 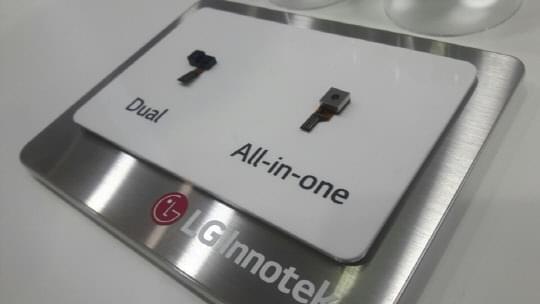