Michael Kors is the latest of the “traditional watch makers” to venture into the realm of smartwatches. They have two new Android Wear-powered smartwatches, in their Access line. There’s the Bradshaw, which we already reviewed, which is meant to be more of a “women’s” watch. The Dylan is made for men, and it’s a bit larger. Coming in at 46mm, as opposed to 44.5mm on the Bradshaw, and it’s slightly thicker at 14mm versus 13mm in the Bradshaw. Otherwise, that is basically the only difference between the two watches, although there are slightly different styles available.

The Michael Kors Access Dylan smartwatch is quite the looker, and it’s actually one of the cheaper smartwatches available with Android Wear on board. But is it worth the price? Let’s find out.

The Dylan features a 1.4-inch circular TFT display, with a resolution of 320×290. So it’s not the most dense display you’ll see all day long, but still pretty good, considering the size of the display here. It’s powered by Qualcomm’s brand new Snapdragon Wear 2100 processor, which is made specifically for wearables like this Android Wear smartwatch. That is paired with 512MB of RAM and 4GB of storage. It does also feature both a gyroscope and an accelerometer. Additional connectivity includes Bluetooth 4.1 and WiFi 802.11 b/g/n.

Measurements for the Dylan include a 46mm case size, which is 14mm thick. Finally, the lug width is about 28mm. Finally, it’s powered by a 360mAh battery, which the company quotes as lasting all day “based on usage”. 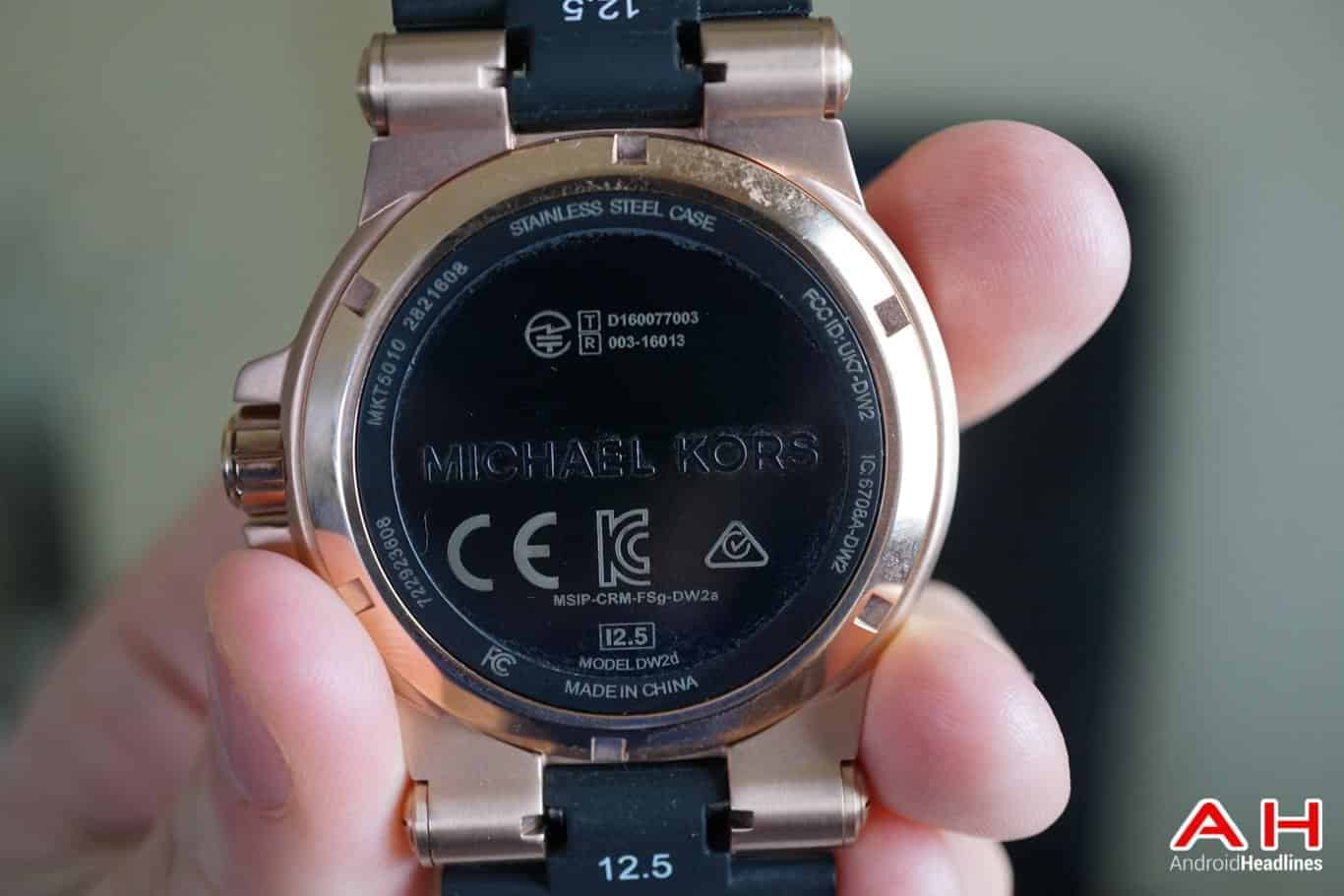 The hardware on the Dylan is pretty similar to the Bradshaw model, but a bit bigger, as we mentioned already. The Dylan is definitely not a small smartwatch. It’s one that’s meant to be a status symbol and an attention grabber, and that’s definitely what it does. Numerous people have asked me about this watch, while I was wearing it (although they were mostly people that were into Android Wear, as all the questions came at Google’s press event this week). With many other Android Wear smartwatches or just smartwatches in general, barely anyone noticed let alone asked about what watch it was.

Our review unit here is the gold model with the black band. Is one of the more outlandish models that the Dylan is available in. While most of the others is just black or silver. And they look fairly modest. When I first took the watch out of the box, I immediately thought that the silicon band was going to be terrible. But after wearing it for about a week or so, it’s definitely not. It feels much more high-end than the silicon band that came on earlier Android Wear smartwatches, like the LG G Watch. It’s definitely not a leather band, but it’s not bad either. And the best part is that you can swap out the band for something else entirely.

Unfortunately, the Dylan sports the “flat tire” look, much like the Bradshaw did. However, with this model, it’s a bit more hidden. With the Bradshaw unit that we had, the flat tire at the bottom was colored gold to match the bezel. Which made the flat tire really stand out. Here it’s black, so you don’t notice it with most smartwatches. Of course, that doesn’t mean we’re a fan of the look. As thick as the bezel is on this smartwatch, surely Michael Kors could have figured out a way to get rid of that “flat tire” look.

Unlike many smartphone manufacturers making smartwatches, Michael Kors opted to keep the crown at the 3 o’clock position. Which is where it is on most traditional watches, so we shouldn’t have expected it to be moved, in hindsight. While I do prefer it being in the 2 o’clock position, where Huawei and Lenovo moved it to on their latest smartwatches, the 3 o’clock position isn’t a bad spot either. It does take some getting used to if you are used to wearing the Moto 360 or Huawei Watch. But it works well. The crown does have a rather subtle “MK” logo on it.

The Dylan definitely screams quality here, and doesn’t look like just a piece of tech on your wrist, like most other smartwatches do. So if you’re looking for a watch that is smart, but also looks good and is high quality, the Dylan from Michael Kors is definitely worth taking a look at. 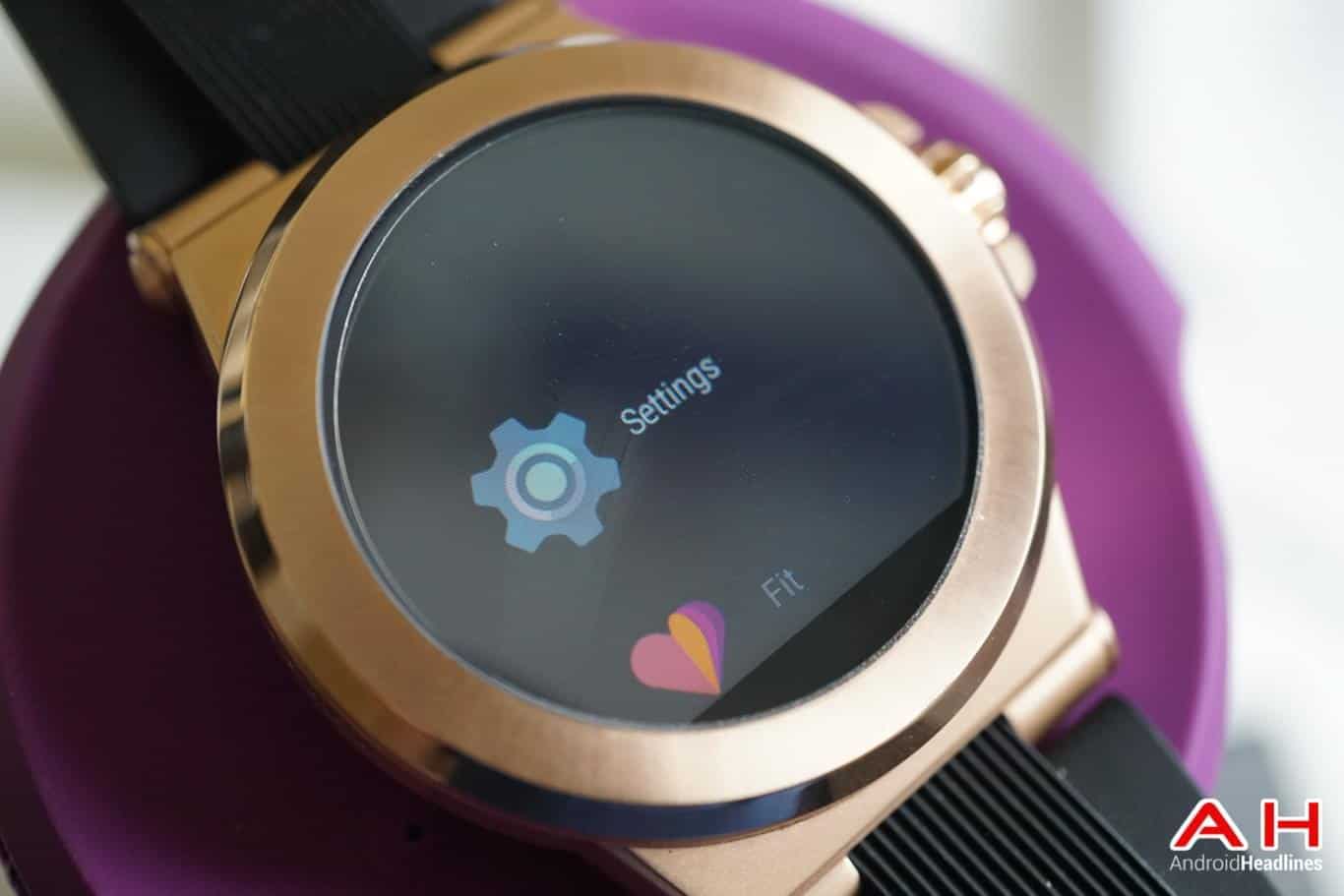 The performance here is quite similar to what you would find in the Bradshaw, considering it is running the exact same internals here. We’re looking at Qualcomm’s new Snapdragon Wear 2100 with 512MB of RAM. The Snapdragon Wear 2100, as you can tell by the name, is a processor that is made specifically for wearables, like this Android Wear smartwatch. Most other smartwatches are running on the Snapdragon 400, which is a fairly old processor that was designed for smartphones. The Snapdragon Wear 2100 is a better choice because it’s more energy efficient, but perhaps the bigger reason is that it is smaller. Meaning that you are able to get more battery in the same size smartwatch, or even a smaller smartwatch. Which is definitely important these days.

Battery life on the Dylan was pretty similar to the Bradshaw. We typically ended the day with about 40% left, sometimes a bit more, depending on how long the day was and how much the smartwatch was actually used. Now, I did take this to Google’s event this past week, and while traveling, the Dylan’s battery life suffered quite a bit. Flying out there, it barely made it, without dying. I had to put it into power saving mode and got to the hotel with about 6% left. A stark contrast from days when I’m not traveling. Not sure why that is, but it seems when flying, the battery does take a massive hit. Otherwise, you’ll definitely get a full day out of this smartwatch, maybe a bit more, but not enough for two days, unfortunately.

Much like the Bradshaw, because they use the same charger, the Dylan’s charging experience was a bit of an annoyance. There were a few times were I sat it down on its charger, only to come back in the morning and find a dead watch because it slipped off of the charger and didn’t charge. Michael Kors should definitely look into doing a dock or a cradle for their chargers for upcoming smartwatches. Doing it via wireless charging is the right idea, they just need a bit of help when it comes to the actual charger. 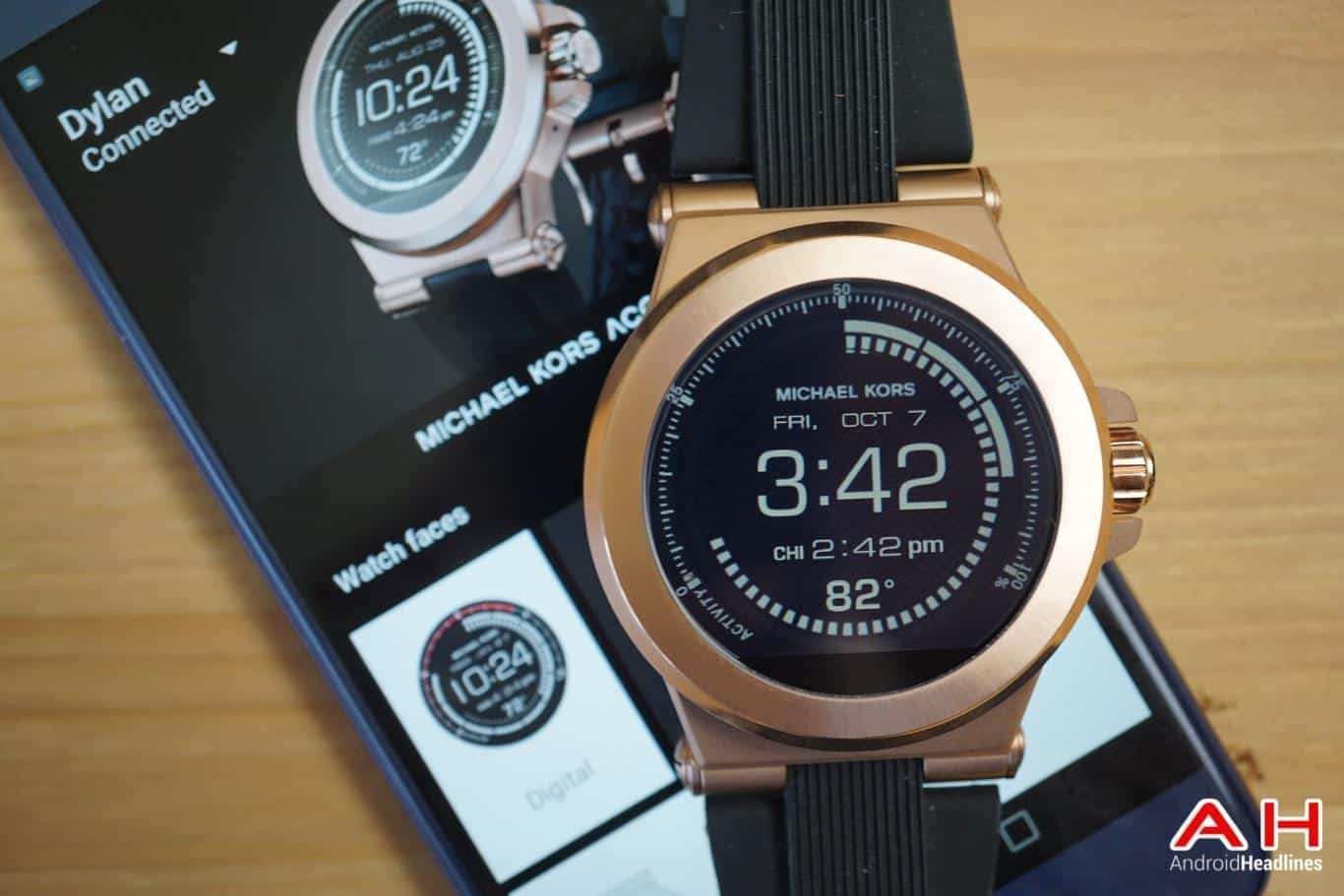 The Dylan is indeed running Android Wear, although it’s not Android Wear 2.0 as that has been delayed until 2017. However, it is likely that it will see the update to Android Wear 2.0, for those thinking about buying the Michael Kors Access Dylan smartwatch. At the time of reviewing the Dylan, the watch was running build MWE26B, which is based on Android 6.0.1 and the July 5th, 2016 security patch.

As far as software is concerned here, there’s really no surprises as to what to expect. You do get a slew of Michael Kors watch faces available, and they are pre-installed here. But there are also a ton of them available in the Google Play Store, which you can download and install on your Dylan smartwatch. Long-press on the watch face on your watch and you can change the watch face with ease. You can also change it from the Android Wear companion app on your smartphone. Much like the Bradshaw and virtually every other Android Wear smartwatch out there, you have the app drawer on the right side of the smartwatch. Swipe over and you have access to all of your apps, swipe again and you can find your contacts. Making it easy to send a message to someone in your contacts without having to pick up your smartphone. Definitely important, especially if you want to leave your smartphone behind or in your pocket.

Now, swiping up and down, you can go through all of your notifications. Now some of these notifications you may not need or want on your wrist. You have the option of blocking certain apps from showing notifications on your wrist. Some notifications will give you actions you can complete. For example, Gmail or Inbox will allow you to archive or delete emails without touching your smartphone. Useful if you get a lot of email you don’t care for. Others like Instagram and Twitter, are virtually useless, other than to tell you that you have a notification there.

There’s also the Android Wear companion app, that lives on your smartphone. From here you can adjust your watch face, as well as check the storage, battery life and change other settings for your smartwatch with ease. Most importantly, there is a shortcut that will take you into the Android Wear section of the Google Play Store, which is a great segway to the next section of this review. 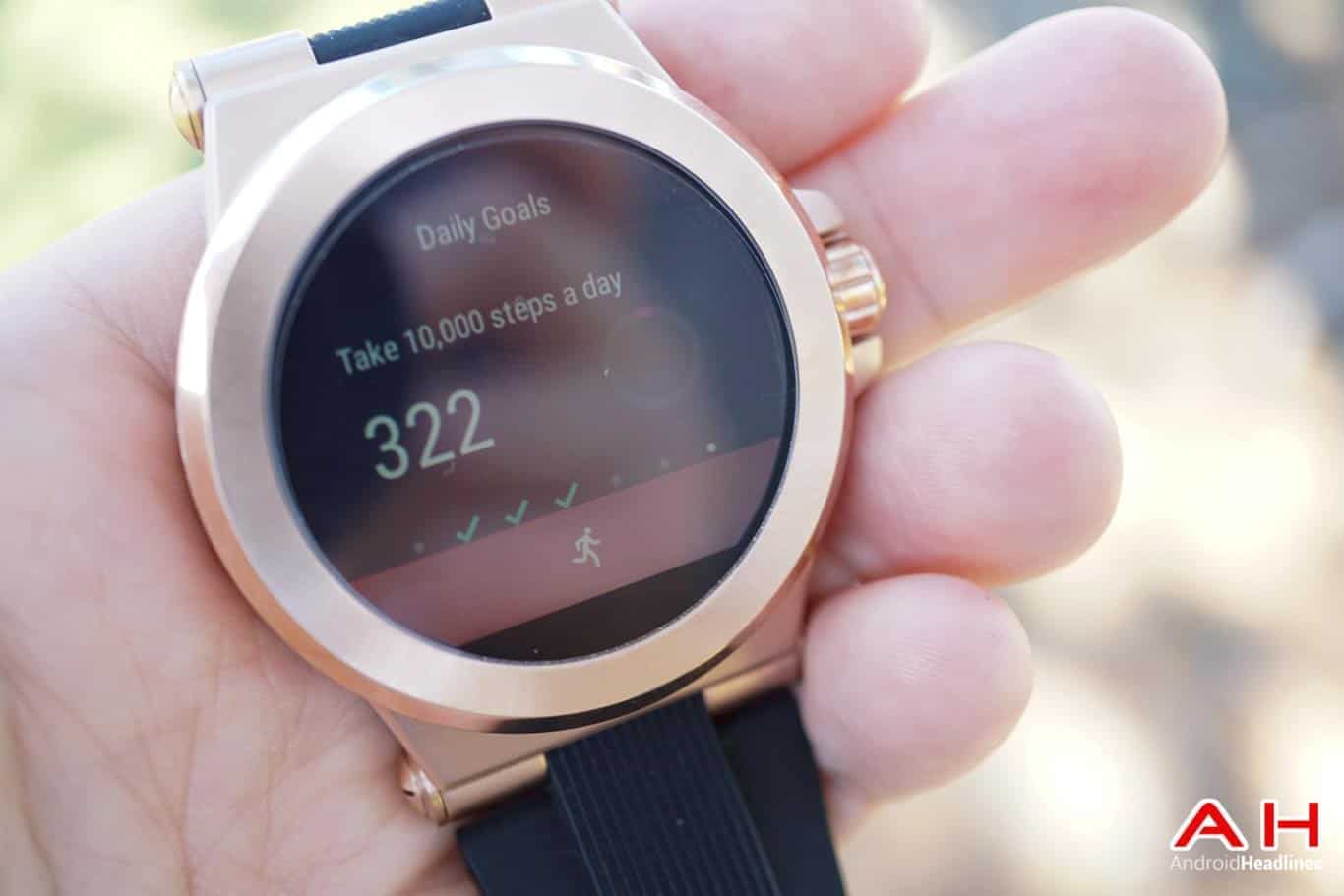 Apps for Android Wear have come a long way since the first set that launched on the platform a couple years ago. Some of the apps I used on the Dylan included Kroger, Spotify, Google Keep and Google Fit. Kroger, which is a popular grocery chain here in Michigan, allows you to have your shopping list on your wrist. So you can make sure you don’t forget anything before you leave the store. Spotify is great too, as you can change what you’re listening to on your smartphone from your wrist. This includes changing the songs, the volume and even selecting a different playlist. Google Keep is another great one, allowing you to take notes right there on your wrist. And the best part is that they sync with your Google account, so those notes will appear on your Google Keep account on your laptop. Of course, Google Fit is the company’s fitness tracking app, which has gotten better over the years, but it still is no competition to Fitbit at this point. It does track all of your movement, including runs and bike rides.

There’s plenty more apps available on the Google Play Store, pretty much an app for everything you could ever want to do with your Android Wear smartwatch, including a keyboard or two. Which may not be the best experience on a small display like this. 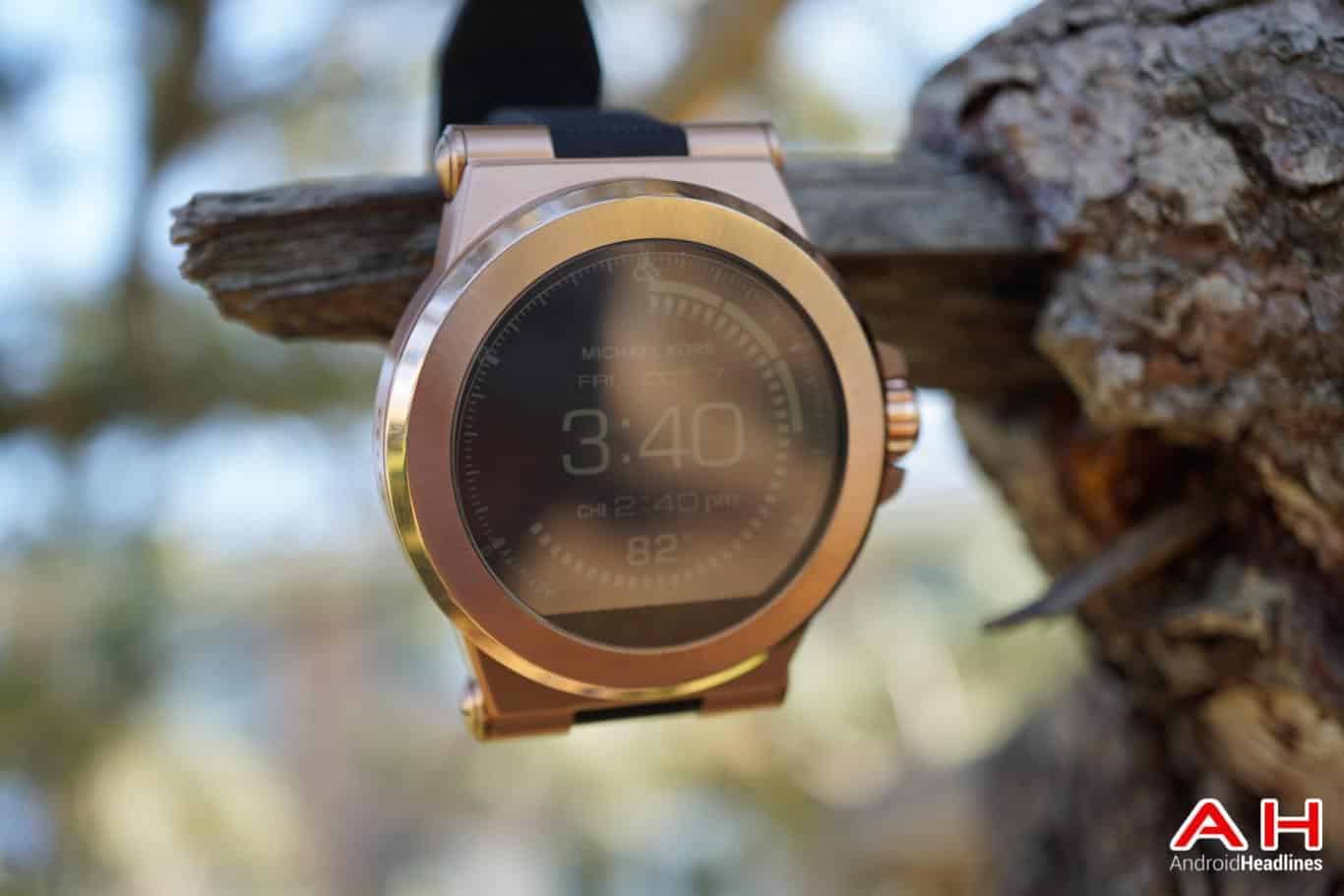 Interestingly enough, the Michael Kors Access Dylan is one of the cheaper Android Wear smartwatches out there, and it’s definitely one of the more “premium” looking ones available. It’s a great watch, perhaps one of the best out there, but it does still have its flaws. One is the delay between  when notifications hit your phone versus your watch. Now this may depend on what phone is paired (we used an Honor 8 for the review) and if that phone has Bluetooth issues, there’s plenty of variables there. But there’s also the fact that the battery still can’t last a full day, while Samsung has their Tizen-powered Gear S3 coming in at about 3 days, which seems to be the sweet spot for many people.

Should I buy the Michael Kors Access Dylan smartwatch?

A smartwatch is still a niche product, but if you are interested in picking one up, the Michael Kors Access Dylan is one of the best on the market. It’s sporting all of the latest specs, when it comes to wearables, and it’s a decently priced smartwatch. If you’re deciding between the Dylan and Bradshaw, that’s an even tougher question, but I’d lean towards the Dylan.