This Saturday, Huawei started sending press invitations for an event scheduled to take place in Shanghai on Wednesday, October 19th. While the official invitation that you can see embedded below doesn’t reveal much of anything in regards to the contents of this event, Phone Arena reports that the Chinese tech giant is getting ready to unveil its next system-on-chip (SoC), the Kirin 960. On one hand, the press invitation makes no mention of HiSilicon—Huawei’s fabless semiconductor manufacturer which designs Kirin chipsets—which doesn’t seem to lend any credibility to this report. Then again, we’ve been hearing rumors of Huawei announcing its new SoC this year as early as April so this could definitely end up happening. Another leak which seemingly corroborates the fact that the Kirin 960 is on the horizon is the Huawei Mate 9 teaser which emerged last month.

While the Kirin 960 is yet to be officially announced, we do now that it’s going to be made using the 16nm process just like its predecessors, the Kirin 950 and Kirin 955. Speaking of which, Huawei’s last SoC launched with the ARMv8-A 64-bit instruction set and two quad-core processors, the high-performing Cortex-A72 clocked at 2.5GHz and the 1.8GHz Cortex-A53 used for lighter tasks and battery saving. The chipset featured the Mali-T880 GPU operating at 900MHz and was used to power the Huawei P9, Huawei P9 Plus, Honor Note 8, and Honor V8. The Kirin 955 was rather similar to the Kirin 950 and earlier this year, an industry analyst predicted that the upcoming Kirin 960 will follow this trend. More specifically, the analyst asserted that the biggest improvement featured in Huawei’s next SoC will in some way be related to its networking capabilities, which doesn’t exactly reveal much but suggests that Huawei is rather confident in its core hardware. That wouldn’t be surprising seeing how the Kirin 955 managed to outperform both the Qualcomm Snapdragon 820 and the MediaTek Helio X20 in certain benchmarks.

In any case, considering that Huawei already has another event scheduled on November 3rd, it’s quite possible that the company will unveil the Kirin 960 this month and follow through with the announcement of the first phone powered by its latest SoC – the aforementioned Huawei Mate 9 which has yet to be officially unveiled but its existence has already been pretty much confirmed. 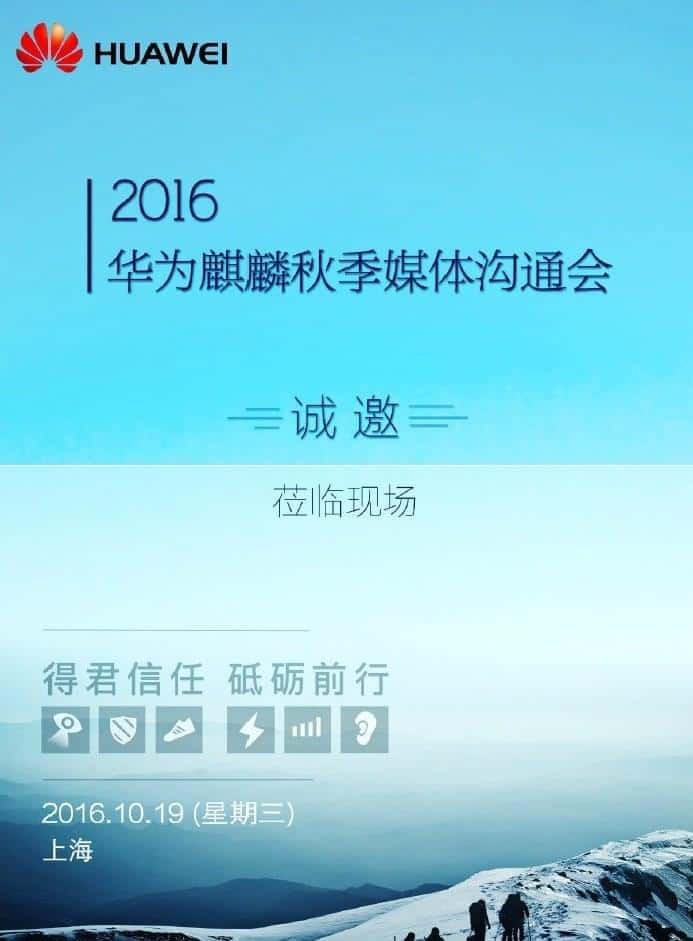