Cyanogen Inc's, CEO, Kirt McMaster, has said some rather interesting things, during his tenure as the chief executive officer of the company. Including taking Google head on, by using other services to replace Google's services on their smartphones – which hasn't happened yet. However, amid a troubling time at Cyanogen Inc. it appears that McMaster has been moved from CEO to Executive Chairman of the company, similar to what Google did with Eric Schmidt. If you check out McMaster's LinkedIn profile page, he lists himself as the Executive Chairman of Cyanogen Inc., while Cyanogen Inc's page still lists him as the CEO. Meaning that the company hasn't announced it yet, but likely will in the next few days.

In 2014, CyanogenMod announced that they were going to become an actual company, instead of a team of developers working on a custom ROM in their spare time. They decided to create "Cyanogen Inc" which was the name of the company, while keeping CyanogenMod around as the open source, custom ROM team. Cyanogen Inc started out pretty good. Having partnered up with OnePlus for their first smartphone, the OnePlus One. The device got glowing reviews, but the infamous invite system is what doomed the OnePlus One. There were plenty of issues behind the scenes that lead to Cyanogen and OnePlus falling out, however. Since then, Cyanogen has worked with other companies to launch smartphones in emerging markets. Obviously none of these have been on the level as Samsung or LG's smartphones, since they were targeting emerging markets first. Reports also recently surfaced that the company was looking to become a software-only company, and basically license out Cyanogen OS to other smartphone companies to use on their devices. That hasn't been confirmed nor denied, however.

With Kirt McMaster out as CEO of the company, it leaves a pretty big spot to fill in as CEO. It'll be interesting to see who Cyanogen Inc place in that role. The company likely won't make the move official until they have someone named as CEO. That could be today, it could be next week, or even next month. 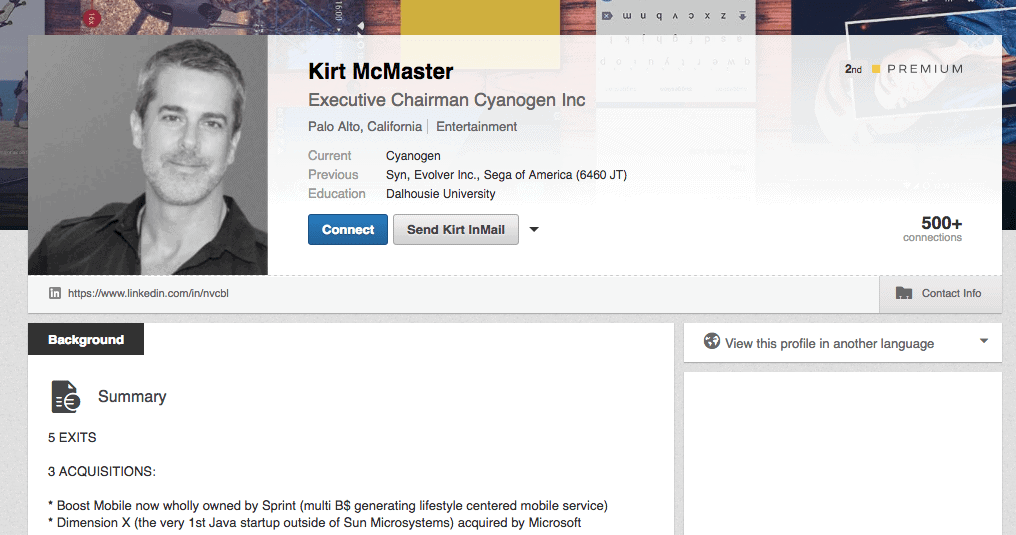