Do we have a good one for you today – the ZTE Axon 7 takes on the Lenovo Moto Z Force. Both of these devices use an all-metal design, yet they look completely different. The Axon 7 is the winner in the looks department with its pinhole grilles along the top and bottom of the device forming small bezels and its curved contour for comfortable holding. The Moto Z Force is more of an industrial design that actually looks better with a Moto Mod attached. Both are solid, well built, and worthy of calling a flagship smartphone.  These two devices, separated by design and function do have a few things in common. Let’s take a look to see just what these two devices do have in common and then we will take a closer look at each device.

The ZTE Axon 7 and the Moto Z Force have quite a few things in common. For starters, their physical dimensions are almost identical, although the Axon 7 does weigh in at 12 grams heavier. Both devices sport a 5.5-inch AMOLED display with a QHD resolution. They both use the 64-bit Snapdragon 820 quad-core processor and the Adreno 530 GPU for graphics. The devices both pack 4GB of DDR4 RAM and both offer a 64GB memory variant, although the Z Force defaults to 32GB. Both offer memory expansion up to 256GB via a microSD card. Even their main cameras are close in megapixels, with the Axon 7 coming in at 20MP and the Z Force coming in at 21MP. They both have a fingerprint sensor for unlocking the device as well as authorizing mobile payments. Both have a non-removable battery with rapid charge to power the devices. They have the usual suspects – WiFi, Bluetooth (v4.2 for the Axon 7 and v4.1 for the Z Force,) GPS, NFC, and a reversible Type-C port for charging and data transfer. 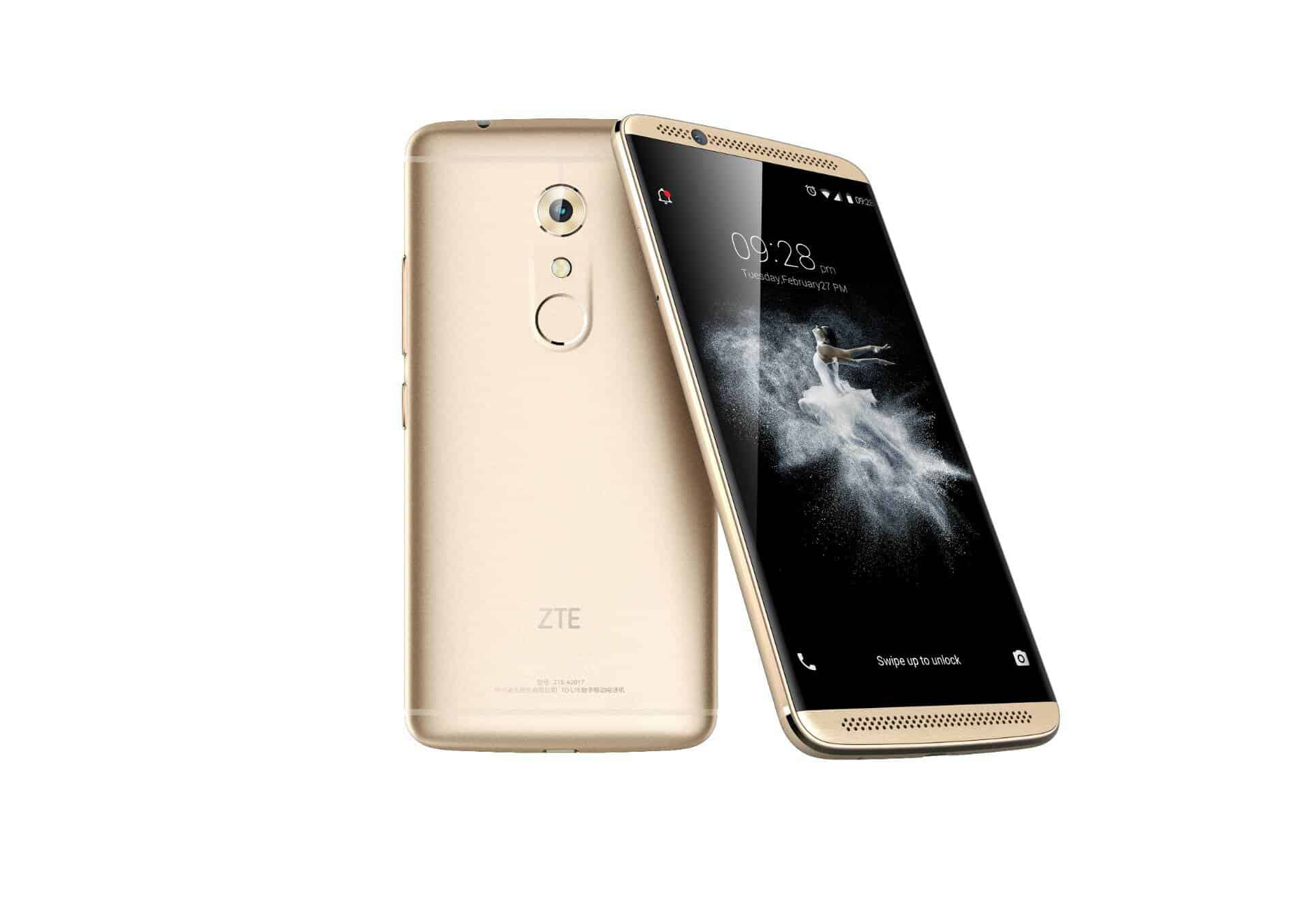 There is no denying that the ZTE Axon 7 is a beautiful smartphone, designed with Designworks – owned by BMW – its all-metal body is very appealing and the curved sides make it easy to hold. The ZTE Axon 7 has all the right ingredients to be a commercial success, including a great price. We will have to see how ZTE markets the device in distribution and availability. Let’s look at the specs and see just how it stands up to the powerful Moto Z Force.

The ZTE Axon 7 sports a 5.5-inch QHD AMOLED display with a resolution of 2560 x 1440 pixels and with 538 pixels-per-inch (PPI.) It is using the processor de jour, the 64-bit Snapdragon 820 quad-core processor with a dual-core clocked at 1.6GHz and a dual-core clocked at 2.15GHz. It packs 4GB of DDR4 RAM and 64GB of the faster USF 2.0 internal memory that is expandable via a microSD card. The 820 is teamed up with the Adreno 530 GPU for excellent graphics.

The main camera is a 20MP ISO-Cell sensor using a sapphire lens, and adding phase detection autofocus (PDAF), OIS, and EIS, with an aperture of f/1.8 for good low light shots. The front-facing camera (FFC) is an 8MP camera with an aperture of f/2.2 for great selfies and video chatting. It packs a 3250mAh non-removable battery with Quick Charge 3.0 that can give you up to an 83-percent charge in only 30 minutes.

The ZTE Axon 7 is all about sound, and it sports dual microphones and dual front-facing speakers under those beautiful metal grilles. It incorporates Dolby ATMOS technology to allow for Hi-Fi recording and playback. The ZTE Axon 7 comes running Android 6.0.1 with MiFlavor UI 4.0 on top. It measures 151.8 x 75 x 8.7mm, weighs in at 185 grams, comes in Ion Gold, Quartz Grey, Chromium Silver, and will cost you approximately $400.

Many Moto lovers were wondering what Lenovo would do with their precious Motorola brand, but it seems that it is in good hands based on the latest Moto Z offerings. The prices are certainly higher, but then so are the specs and camera quality. The higher end Moto Z Force has the ShatterShield display, a better camera, a larger battery, and the ability to add Moto Mods. The Moto Z Force is an all-metal design with a solid build, and it gives you the choice of using it ‘as-is,’ with a customized snap-on back, or with a Mod.

The Moto Z Force sports a 5.5-inch AMOLED QHD display with a resolution of 2560 x 1440 pixels and 535 PPI. The screen uses Moto’s ShatterShield technology that prevents breakage by using a 5-layer design. Lenovo used the same processor found in the Axon 7 – the Snapdragon 820 quad-core with dual cores clocked at 1.6GHz and dual cores clocked at 2.15GHz. Qualcomm coupled this to an Adreno 530 GPU to handle the most intense graphics you can find. The Z Force packs 4GB of DDR4 RAM and offers 32GB of the faster UFS 2.0 internal memory that is expandable via a microSD card.

The Moto Z Force uses a 21MP sensor for its main camera with a large aperture of f/1.8, laser and phase detection autofocus (PDAF), a dual-tone flash, and OIS. A 5MP FFC with a f/2.2 aperture and a LED flash is used for selfies and video chatting. A large 3500mAh non-removable battery provides the power. The Moto Z Force comes with one of the fastest chargers available that can charge the Moto Z Force battery up to 50-percent in only 20 minutes. A $90 Moto Mod will increase the battery capacity by 2200mAh and even adds wireless charging capabilities as well.

There are a few things we need to point out about the Moto Z Force. It is a Verizon exclusive, which will make some people happy and others not so much. Another point of contention is that the Moto Z Force does not have a 3.5mm earphone jack. It handles headphones via an adapter (provided with the phone) that plugs into the USB Type-C reversible port to accept earphones. This setup does produce a better sound, but you have to remember to carry around an adapter or switch to using a Bluetooth headset. Another exciting point is that it can utilize Moto Mods that can add features to your device. You can also personalize its looks by adding a custom cover for the back. It measures in at 155.9 x 75.8 x 7mm and weighs in at 163 grams. It comes in four colors – Black/Gray, Black/Rose Gold, Black/Gold, and White with pricing at $720 exclusively on Verizon. 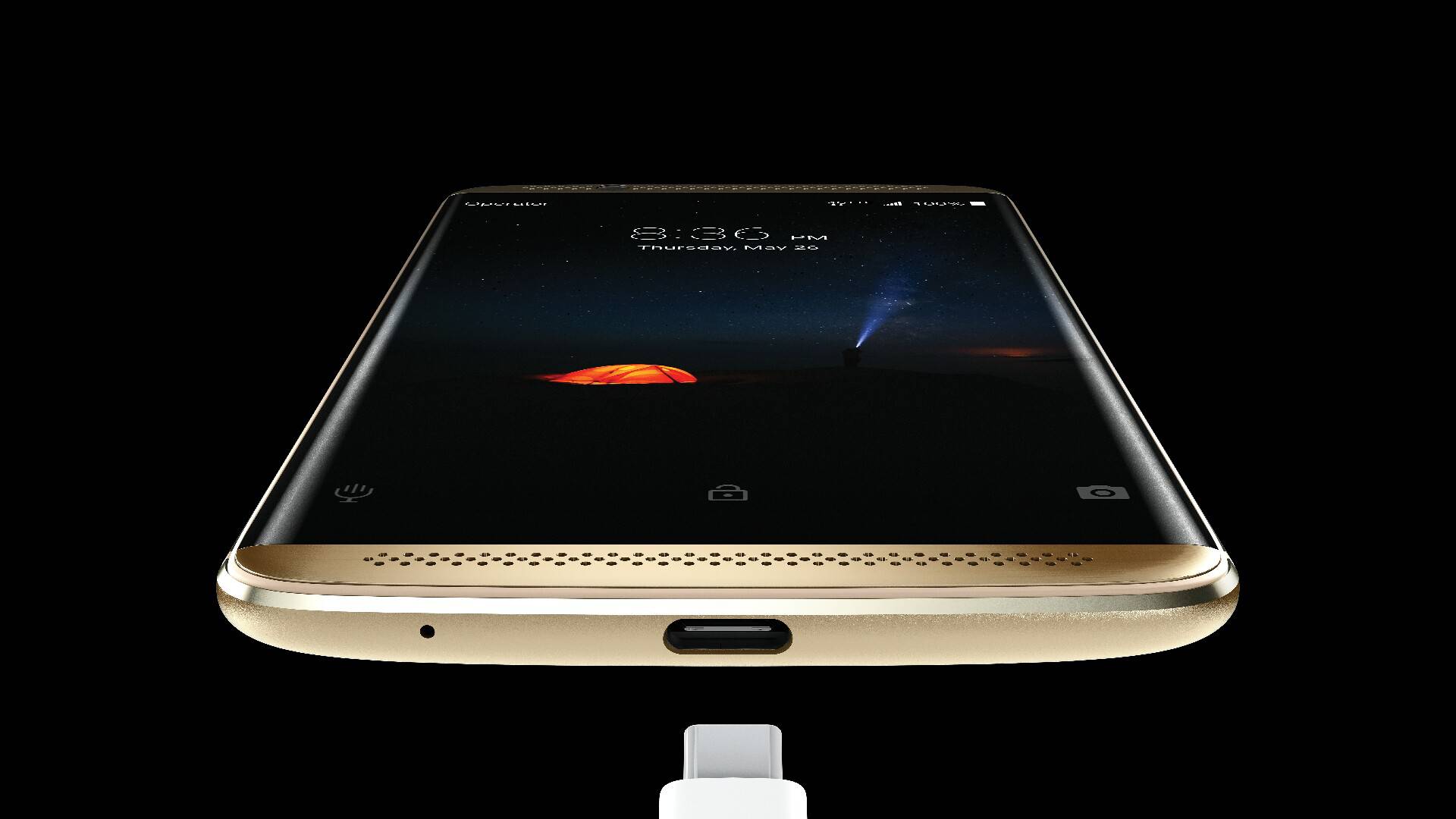 I have to go with the ZTE Axon 7 as the winner of this comparison. The Moto Z Force with its Moto Mods is the technically superior device in several respects, but when it comes to design, sound quality, and value, the Axon 7 at $400 just cannot be overlooked.

The Moto Z Force does have a nano coating for water, the ShatterShield display, which is a big plus, the fastest Turbo Charging battery, and the ability to use Moto Mods make it a very powerful and useful device. However, all of this comes at a price of $720 and the exclusivity of Verizon’s network.

For $320 less, the Axon 7 gives you the same display, the same processor and GPU, the same amount of RAM, memory, and expansion, a terrific camera area, dual Hi-Fi sound, and a beautiful build. So if you do not believe you will use the Moto Mods, then the Axon 7 is the way to go.