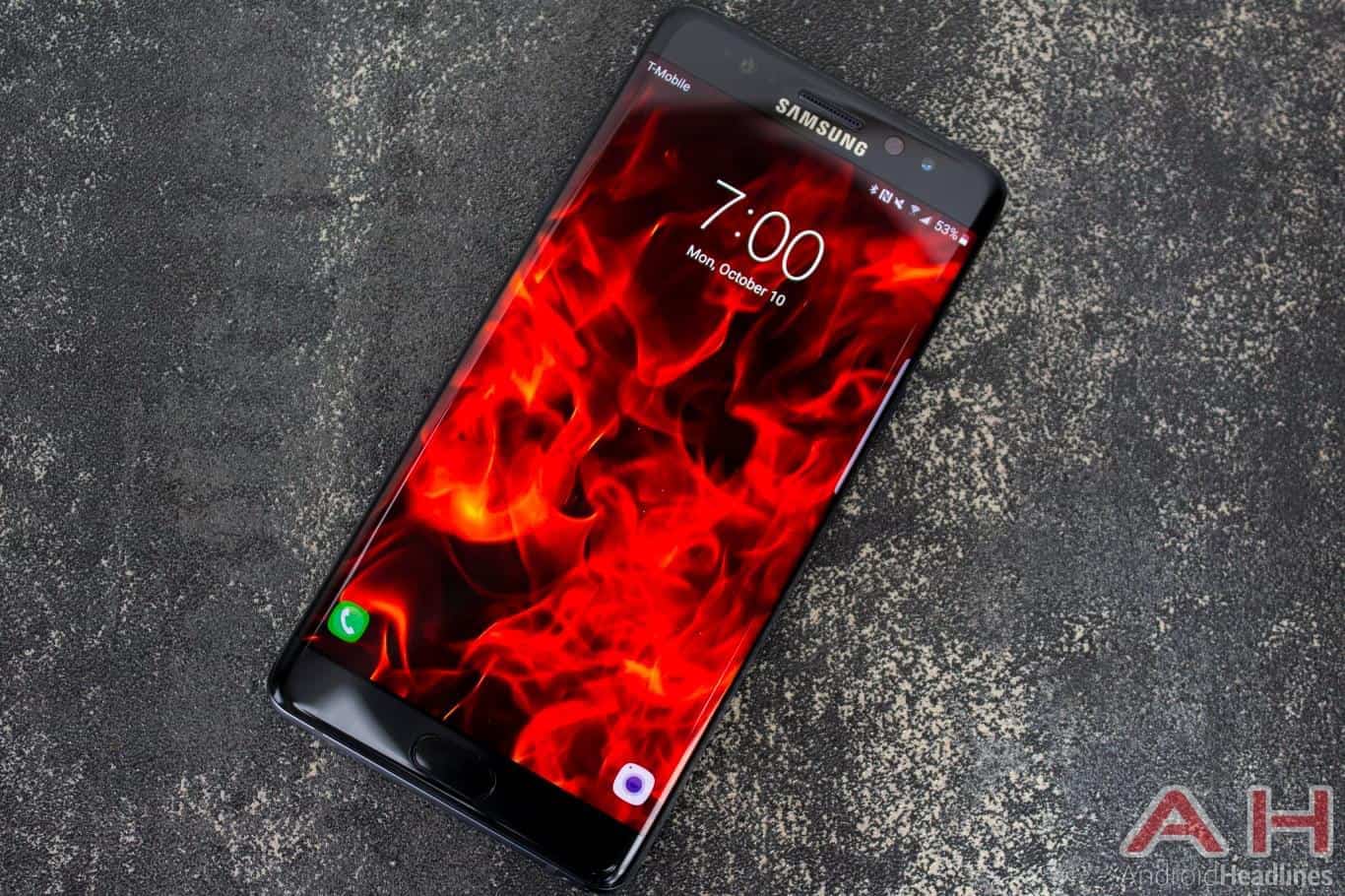 Brand loyalty can be a funny thing. We’ve all seen the comments section on an “Apple vs Samsung” post, and we’ve all got that one friend that refuses to believe any other brand, team or make of car is better than their personal favorite. In the Android world, there are a lot of people that are loyal to a fault where Samsung is concerned. In fact, here at Android Headlines, we had one very outspoken Samsung fan that shook up our comments on Google+ for a long time along with other “Samsung Knights.” This is the sort of crazed loyalty that a quality brand can instill in people, and Samsung is a quality brand, known for creating some of the best smartphones and gadgets throughout the consumer market. Brand loyalty is a funny thing, and people remember, which means that the Galaxy Note 7 disaster is something that Samsung needs to bury and forget.

On a personal level, I almost feel sorry for Samsung, but then I realize that an organization of their size has little excuse for producing the problem that became the Galaxy Note 7. A battery problem like this could have happened to anyone, but Samsung should have caught it before the device ever got close to a shelf. Clearly, Samsung were so preoccupied with overtaking Apple and jumping the gun for the iPhone 7 launch, that their quality control slipped. Massively. For Samsung, the PR fallout from this has been toxic, not unlike the phone itself. The first recall was filled with reports from people that had yet to return their phones, which we could say is their own fault, but that’s beside the point. The idea that a smartphone could be perfect is a far-fetched one, and mistakes do happen, the world isn’t perfect and things like this can and do happen. A recall was the right thing to do, and for a while, it looked like the Galaxy Note 7 was going to make a triumphant return to store shelves all over the world, and then it did. Sadly, the same problems persisted, with video footage and further evidence of Galaxy Note 7s catching fire and putting lives at risk.

Now, Samsung has laid the Galaxy Note 7 to rest, discontinuing the device and halting all sales and production of the device. Again, this is the right thing for Samsung to do, but it should never have gotten to this point. Our review of the device, which is now irrelevant of course, was fairly positive – as were reviews from the majority of other media outlets – and for good reason. The Galaxy Note 7 is a good phone, aside from the fact that it was prone to catching fire. That’s a big but, and one that has poisoned the Galaxy Note 7 name, and the Galaxy Note brand altogether. Perhaps, it has even poisoned the Galaxy naming and Samsung’s image overall. If we take a look at their financials, it sure looks as though Samsung is going to be faced with some tough times ahead.

Some will be thinking that Samsung can have the phones returned, try to bury the Galaxy Note 7 brand and then forget about it, but that’s unlikely to happen. The United States is a trigger happy place at the best of times, and given that the Galaxy Note 7 has, in a number of cases, caused harm or put customers’ health at risk, the South Korean firm is bound to be hit by class action after class action following this. I wouldn’t be surprised if Samsung were forced to compensate these customers with more than just a Galaxy smartphone of their choosing and a refunded difference, but also cold, hard cash to put things right. A company of Samsung’s size does not launch a device like the Galaxy Note 7 on a typically Samsung-style scale and just walk away from a disaster like this. Executives of Samsung Electronics will have to make a public apology, not only will their South Korean customers be expecting such a thing, but customers in the United States as well as all over the world. I’m reminded of the very awkward public apology that Sony’s Kazuo Hirai had to give in Japan following the PlayStation Network hacks.

So, what’s next for Samsung? Is the company doomed to fade away into the background? Far from it. While this has been a massive blow for the firm, they still have a successful brand image in TVs, consumer electronics and mobile. The Galaxy S7 line is still going strong, and has been the driving force behind a good year – up until now, of course – for Samsung, and the firm will no doubt have a good 2017 ahead of them. However, if one thing is clear, it’s that the Galaxy Note line is done. It’s finished. There’s little chance of bringing the Galaxy Note brand back next year and being successful with it. It’s time to bury the Galaxy Note brand and move on.

The Galaxy Note 5 from last year seemed to be a popular device, but it lacked a lot of things that made the Galaxy Note 4 so special, and this year’s model was much better, but still remains a larger Galaxy S with a pen. Not to take anything away from Samsung, as the S Pen is an excellent addition to any device, but the Galaxy Note brand represents little more than a larger Galaxy S for a lot of users. After this, the Galaxy Note name is always going to remind people of “those phones that caught fire” and if Samsung did release another Galaxy Note I imagine a lot of people would say “why would I buy a phone that explodes?” As we’ve see with the Presidential Race this year, the Internet can be a harsh, harsh place and if today’s Internet can make fun of someone who is ill as well as the way someone breathes into a microphone, it’s safe to say that exploding smartphones are easy pickings.

Perhaps the whole “Galaxy” branding has been damaged now, and whether or not Samsung chooses to dump it from their upcoming 2017 flagship remains to be seen, the Galaxy Note has to be finished. This presents Samsung with an opportunity to start fresh. To hit reset and create something new, or at least something that has the illusion of newness. A lot can happen in a year, and by this time next Fall a lot of users might have forgotten, but it is inevitable that it will be dug up again, even more so if they go with the Galaxy Note branding. As such, Samsung have little choice but to embrace the opportunity laid in front of them; to start fresh and create something new, and unassociated with the Galaxy Note brand.

Samsung has all the key features to make a great smartphone. I snagged a Galaxy S7 Edge back when they launched in the Spring, and I love it. The camera is excellent, the display is vibrant and bright, and the software is vastly improved from days of old from Samsung. They’re now well-built and look great and the Samsung brand will continue to be a powerful one even after this fiasco is laid to rest as best it can be. What Samsung need to do is to rethink things, improve quality control so this doesn’t happen again, and make sure that whatever device takes the Galaxy Note’s place is something that can compete with the iPhone and everyone else without having to be rushed to market. There is a silver lining to all of this, but Samsung needs to right the wrong of the Galaxy Note 7, bury the brand and move on. If they can do that, and not mess up once again, then the entire Samsung brand should survive what would be a death sentence for other firms.