October 4th is gone and Google’s new devices have been set out in the open for all to see. Google’s two new smartphones, the Pixel and Pixel XL, are at the forefront for many but this is usually the case when it comes to Google’s hardware. Google does offer other hardware products, and they announced a few of them beyond the Pixel and Pixel XL. It’s the phones, though, which will stand out the most. This isn’t because of the bleeding edge hardware specifications that Google and HTC have built the phone with, or even because of the design, which, seems to be a “you love it or you hate it” situation. No, the Pixel and Pixel XL are going to be great smartphones due to the software experiences that users will get due to what only a Pixel phone could give to them. Google’s exclusive software tweaks are what help the two phones stand out from any other device, and there are more than a few of those tweaks to take notice of.

The most obvious software feature is Google Assistant. While the level of functionality you have with Google Assistant on the Pixel phones is somewhat less than what you would get with the Google Home speaker, it’s considerably more functional that what you would find with Google Assistant on any other Android smartphone, which is no functionality at all. That’s because Google Assistant is not available on any other phone. There is a way for users to get Google Assistant working on their device, so long as it runs Nougat or Marshmallow, but this method of retrieval of one of Google’s most powerful software tools requires either a rooted phone and tweaking of the build.prop code, or it requires a custom recovery so users can flash a ZIP file onto their device, either of which will require a simple wipe of the data in the Google app to finish things off. While this is not terribly difficult as the instructions are short and laid right out for anyone who might want to try them, a majority of Android users don’t have rooted devices, or a custom recovery, and therein lies the benefits of Google Assistant on the Pixel and Pixel XL. It’s built in from the start, it’s immediately accessible, and it’s ready and willing to help you get things done as soon as you get the phone set up. 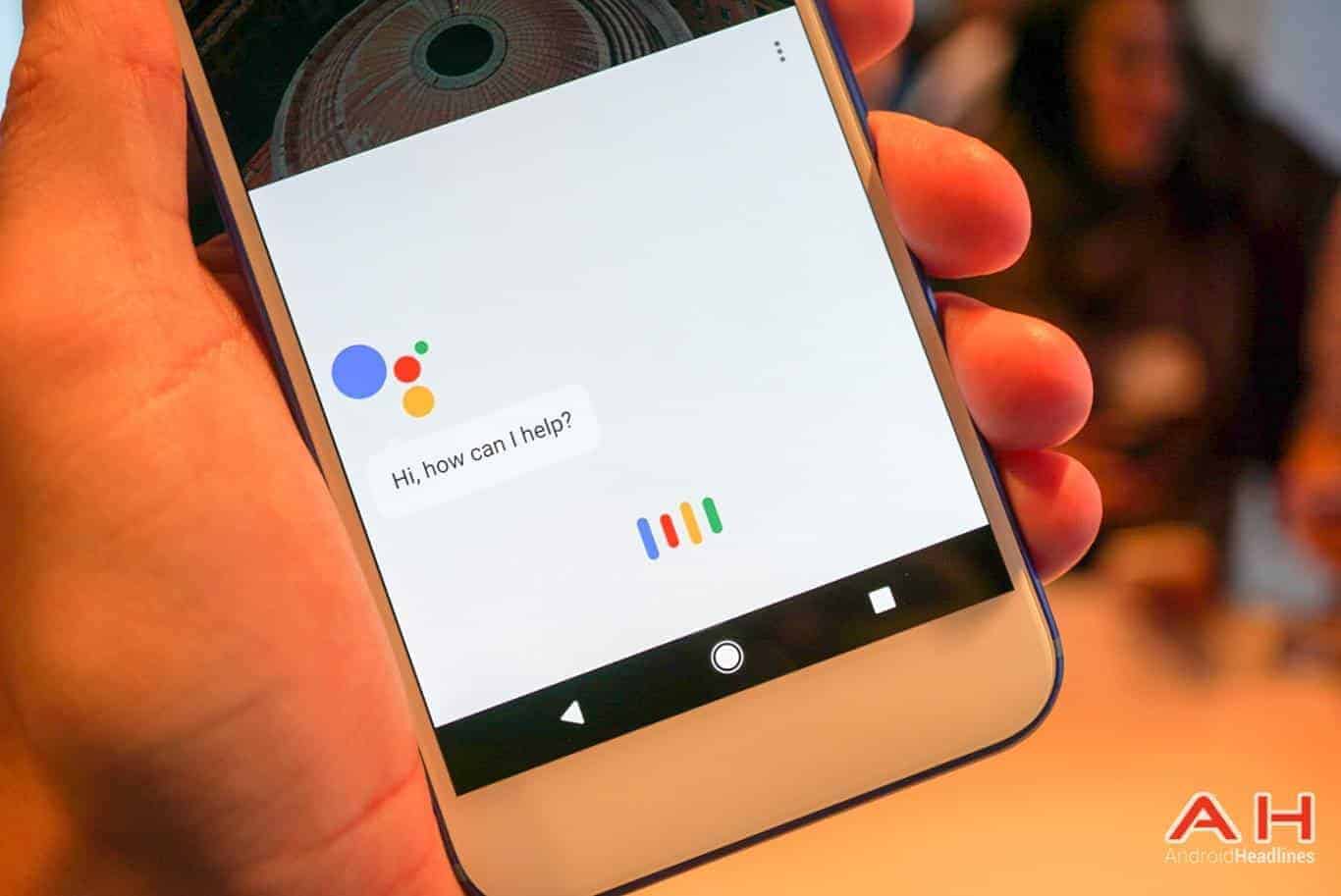 Of course, while Google Assistant is a powerful piece of technology that Google is putting in the hands of anyone who buys a Pixel or a Pixel XL, it’s certainly not the only special software function that make either version of the phone a reason to pass up other devices. Google is also allowing unlimited photos storage of pictures and videos on the Pixel. Not only is the storage unlimited, but it’s unlimited for the original resolution quality, something which you can’t get with other phones. The Google Photos app for example, does allow unlimited storage for pictures but not of the original resolution quality. The resolution is optimized, and therefore not the higher original quality. The unlimited storage on the Pixel means that users will be able to take an insane number of pictures and not worry about running out of space, something which is going to be extremely useful given that the Pixel camera has been highly rated by DxO Mark, and not just highly rated, but the highest rated of any other smartphone to date, coming in with a score of 89. This unlimited storage applies to 4K videos too, so in short, go wild with the pictures and videos. It won’t matter because you can store all of it in Photos without having to worry about taking up too much space either in Google’s Cloud storage or your device internal storage, which, is another strong point of the device. 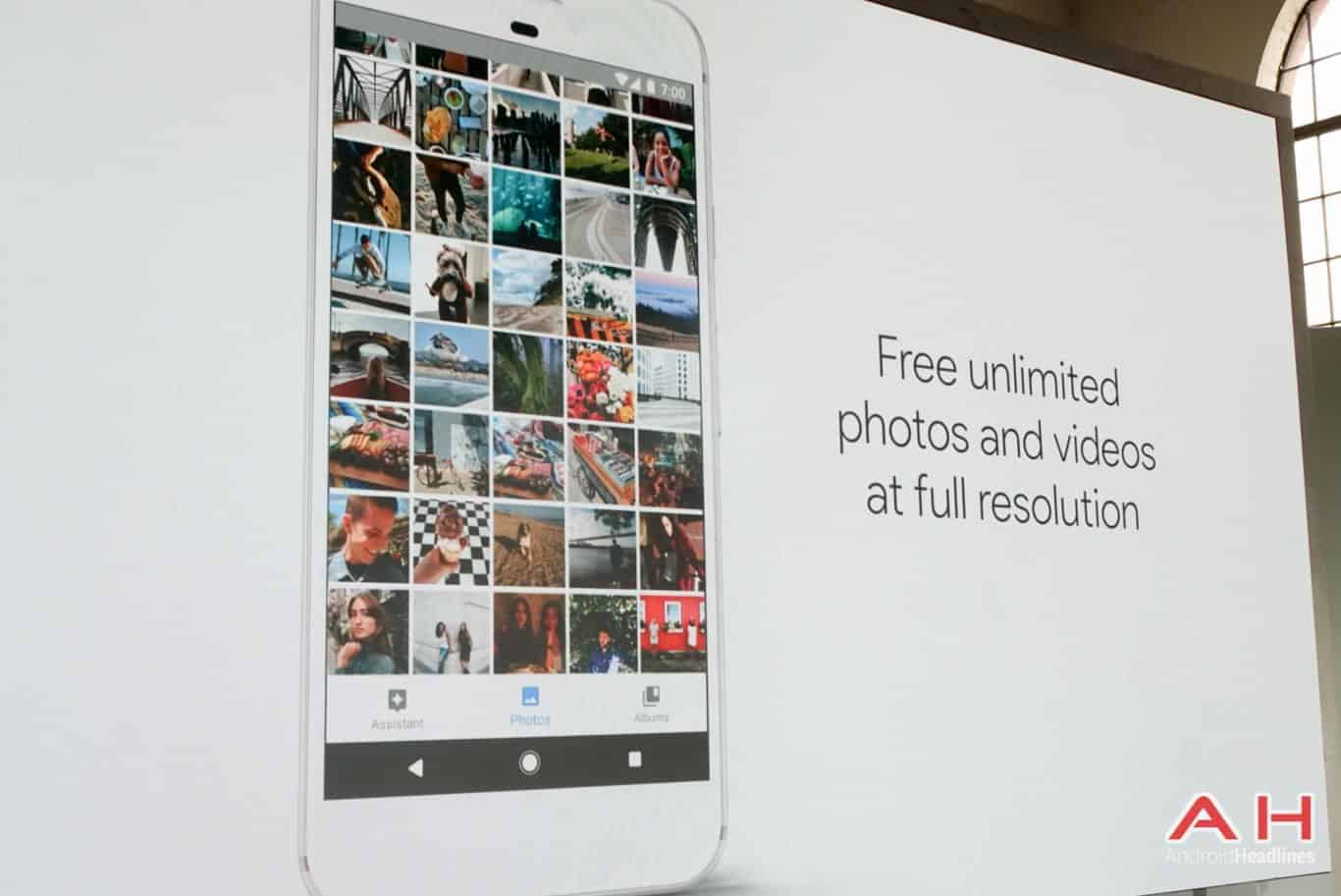 While the storage options here are nothing out of the ordinary and have been applied to plenty of other phones, it’s the way that the storage works that makes it special. It’s intelligent, and designed to optimize your space for you to create more room. Even better is that this is not as likely to happen (not soon at least) for those who have the 128GB model as that’s quite a bit of space. Once you may be running out of room though, the Pixel and Pixel XL are designed to clear up space by removing pictures and videos, but only if they have already been backed up to the cloud. This essentially makes it so you can use the phone how you want and as long as you’re storing your photos and videos within the cloud, space will free up automatically when it needs to. Of course, there’s nothing stopping you from clearing things manually either if you prefer to keep that level of control.

Daydream VR support is another big feature that only the Pixel phones will be offering right now, and Google is pairing this up with their first ever Daydream VR headset, called the Daydream View. These are due to begin shipping later on this year, and when they launch there is already a fairly decent collection of apps and games to dive right into and enjoy. Content like HBO Now, YouTube, and other apps will be available for immersing users to let the experience the same content they know and love in a new and different way. For example, imagine watching a movie or one of your favorite shows from Netflix in virtual reality, where the screen looks like a giant theater screen set up for your private viewing. Beyond the video content, there are going to be handfuls of games available to play at launch, such as Gunjack 2, the Harry Potter-based Fantastic Beasts And Where To Find Them, Need For Speed, and more. Plus, the Daydream View headset comes with a wiimote-shaped controller that should make navigation of the content quite easy, something which is not quite the case with the Gear VR as you’re required to use the touchpad unless you purchase a Bluetooth game pad to connect to your device.

While all of the stuff mentioned above is stuff to be excited about with the Pixel and Pixel XL, one thing that should particularly delight users and especially those who like to know that someone is there to have their back if they need help with anything, is the customer care support that users will be able to receive 24 hours a day, 7 days a week. Google has ingrained a way for users to access the support team through either voice calls or chat sessions, putting you in touch with someone on the other end who will be able to assist you with any issue you presumably might have.

All of these are great software touches to enhance the device, of course there are some parts of the hardware that make the Pixel and Pixel and Pixel XL a phone worthy of your consideration, and this was mentioned briefly above. The camera. While these are just 12MP sensors, they’re the highest rated smartphone camera to date and should be providing users with some truly amazing photos. There have already been a number of picture samples floating around the web showcasing the kind of quality that users can expect, and so far they have been nothing short of spectacular. This is going to be a huge selling point for the photo buffs and anyone who users their smartphone camera more often than any other camera type that may be available. Sure, the Pixel and Pixel XL are a little spendy, but then again so are other devices out there on the market that offer a similar level of specification, and while you can pick up something like the OnePlus 3 for almost half of what it costs to pick up the 128GB Pixel, it won’t have the same camera quality, Daydream VR support, or Google Assistant, or any of the other software features that are only present on the Pixel. So while these won’t be the phones for everyone, they’re sure to be enticing to more consumers than the Nexus smartphones, or at least they should be. Time will tell, of course, but with the way that Google is marketing these devices compared to past phones in addition to all the special software tweaks, there’s a good chance that they will do well.