Foldable displays seem to be at the center of attention for a number of smartphone manufacturers lately. Samsung had filed a number of patents not for foldable display smartphones, and if the latest leaked images and video are to be believed, Xiaomi is working on a flexible display tech as well, tech which could ultimately be used to create a foldable smartphone. In addition to that, it’s worth noting that Lenovo already showed their flexible displays during IFA 2016 (and foldable display devices, well, prototype devices), though devices which sport such displays are still not ready for primetime it seems. That being said, it seems like yet another Chinese smartphone manufacturer is joining the race, read on.

The company in question is Meizu, as it seems like this company has submitted a new patent filing, and it’s all about a foldable display smartphone. This patent was filed back in August it seems, but it has just popped up online. The filing itself mentions a ‘Flexible Display Device’, along with its application number. Now, this seems to be exactly what you think it is, this is a foldable smartphone which folds the display right down the middle, which makes it far more pocketable. This filing did not reveal all that much info about the device, though, what you see is what you get, and in this case, we see only a sketch of the said smartphone, as it’s usually the case with such patent filings.

Whether you like it or not, foldable smartphones (and quite probably tablets) seem to be on the way, though we’re still not sure when we might see such devices come to the market, perhaps even next year. In any case, some people might wonder why do we need foldable display handsets, well, we probably do not, but such form factor could prove to be useful after all. Imagine you have a really large device that is simply a pain to carry around, well, what if you could fold it in half and then put it in your pocket or something? That sounds better, doesn’t it? Well, yes, it does, as long as the said device is not too thick, that would completely defeat the purpose of it. In any case, it will be interesting to see whose foldable display devices will start hitting the market first. 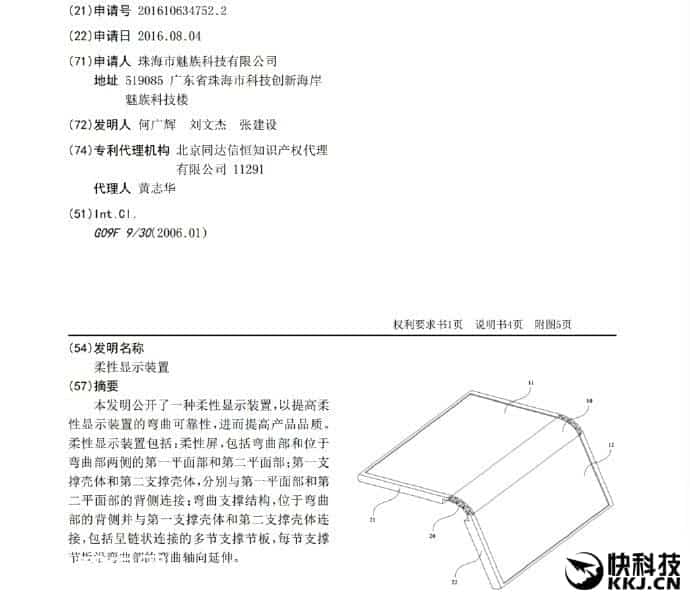 Advertisement
Trusted By Millions
Independent, Expert Android News You Can Trust, Since 2010
Publishing More Android Than Anyone Else
3
Today
3
This Week
448
This Month.
8565
This Year
110035
All Time
Advertisement