The Meizu PRO 6 is Meizu’s flagship smartphone for 2016. This handset was introduced back in April this year, and even though Meizu was rumored to be working on an Exynos 8890-powered smartphone for Q4 2016, it seems like that smartphone won’t be arriving. The company’s exec had confirmed a while back that the company won’t release such a smartphone, at least not this year. Many Meizu fans were disappointed with such news, and they’re still expecting Meizu to release a compelling, high-end smartphone before the year ends, mainly because not everyone was happy with what the Meizu PRO 6 had to offer in terms of specs and build, even though it’s more than a solid smartphone.

Having that in mind, the Meizu PRO 6s rumors started popping up a while back, saying that this might be Meizu’s new flagship. Well, if a new leak is to be believed, the Meizu PRO 6s might be just a mid-range smartphone. The alleged Meizu PRO 6s surfaced on Geekbench under the ‘alps M92’ codename, and judging by the source, this could be the Meizu PRO 6s. Unfortunately for those of you who were expecting a premium device, this seems to be a mid-ranger, as it is fueled by the Helio P20 64-bit octa-core processor running at 2.3GHz, and it packs in 3GB of RAM. The Helio P20 is a very capable processor, but unfortunately, it’s not a high-end chip. Now, the listing also mentions that the device runs Android 6.0.1 Marshmallow, and on top of it, Meizu will install their well-known custom UI, Flyme.

Now, in addition to these specs, the device itself has also surfaced, if you take a look at the provided image, you’ll get to see three Meizu-branded devices, and the one in the middle is the alleged Meizu PRO 6s. This phone seems to be rocking an interesting material on the back, similar to the one we’ve seen on the OnePlus 1 and 2, which should add some grip to the device, and that could be a welcomed addition considering Meizu’s most recent phones are made out of metal, and are usually quite slippery. That is more or less it, we’re expecting to see more info about the Meizu PRO 6s soon, so stay tuned. 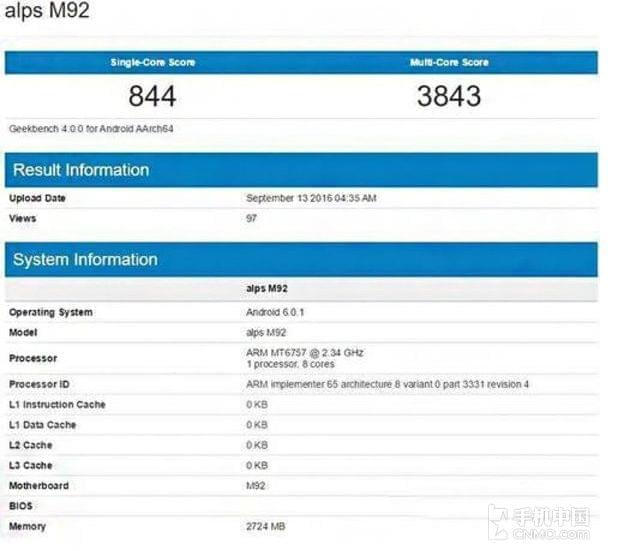