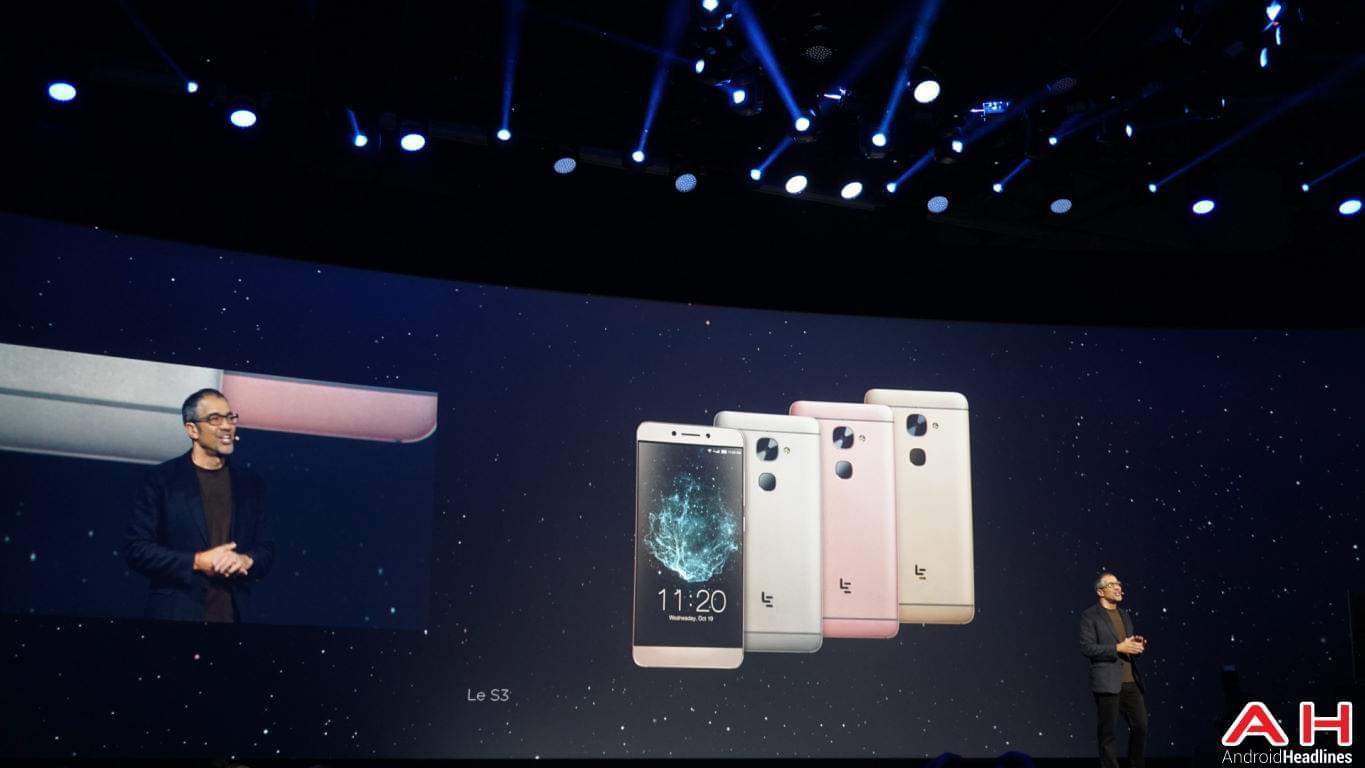 LeEco is a brand name that consumers in the U.S. are going to become a lot more familiar with, as the company has just officially announced the Le S3, a mid-tier smartphone with a 5.5-inch display which offers Full HD resolution, all packed in a stylish outer design. At 5.5-inches, the Le S3 is just as big as the Google Pixel XL, but it comes in at a fraction of that cost and throws in some compelling specifications. The LeEco Le S3 is joined by other device announcements, including a larger device, the Le Pro3, which also carries a 5.5-inch screen with Full HD resolution and comes powered with a Qualcomm Snapdragon 821 processor. In addition LeEco also announced three smart TVs in their Super4 line, as well as the 85-inch uMax 85. Although both phones are just being officially announced this morning, both phones were leaked prior to the event with most of the details.

The Le S3 comes powered by a Qualcomm Snapdragon 652 processor, so although not its most high-end offering, the Le S3 will be able to handle multi-tasking and some gaming without making the device feel bogged down. That processor is paired with 3GB of RAM which also helps for managing multiple apps being open and used, also packed a 3,000mAh battery inside to make it last all day without issue. LeEco has also packed this device with 32GB of internal storage space for apps, pictures, videos, and music.

LeEco has used a great camera setup here, packing in a 16MP sensor for the main, rear-facing camera, and an 8MP sensor for the front-facing camera. Android 6.0 Marshmallow is running the show on this device which makes it mostly up to date software-wise, and all of what LeEco has used to build the Le S3 comes in at a fairly affordable cost as everything is available for $249. While the retail will be set at $249 normally, LeEco will be offering a promotional price on the Le S3 as they're giving their customers a LeReward of $100, bringing the price down to $149 for a limited time. These price discounts are also not quite available yet, as the LeRewards don't unlock until November 2nd. LeEco will be offering the Le S3 in three different colors when the phone launches, which includes options to buy the device in Grey, Gold, and Rose Gold.