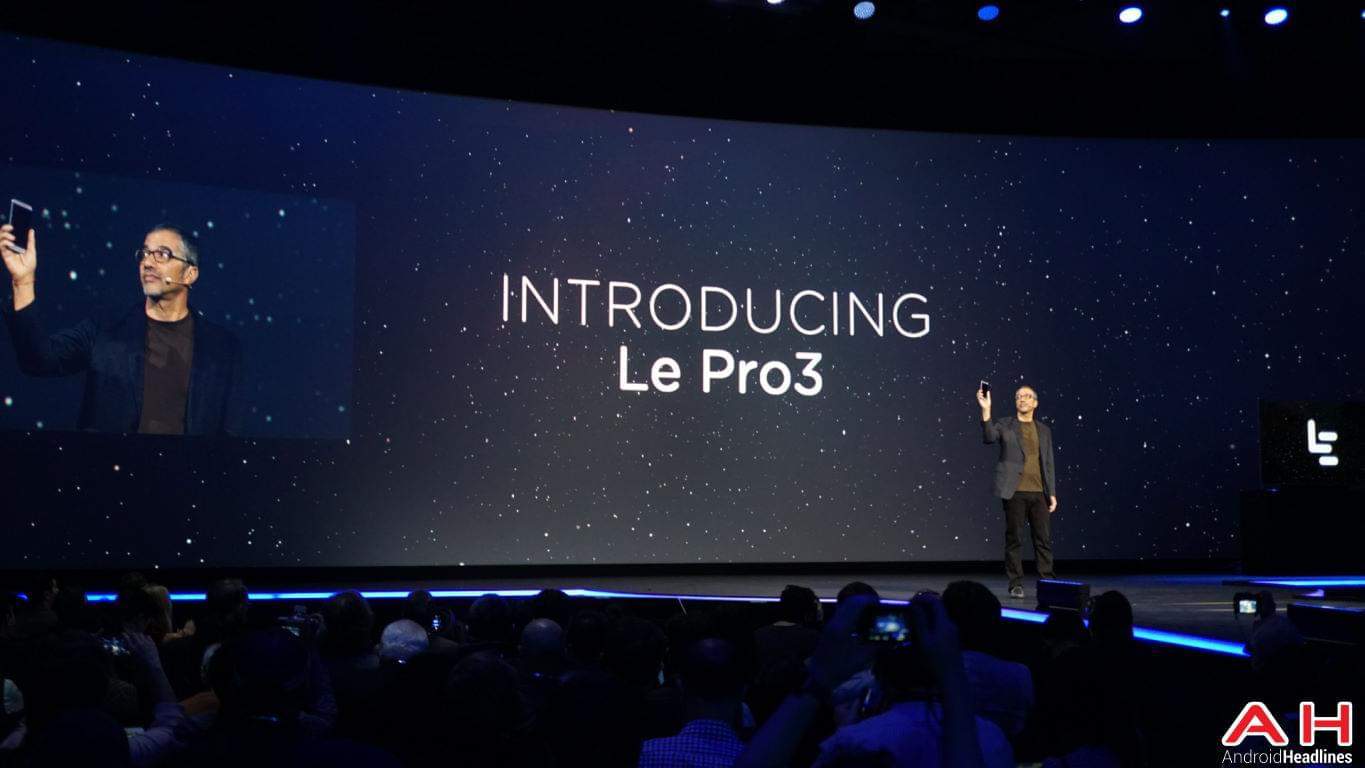 LeEco is currently one of the most popular China-based smartphone manufacturers, which is quite a feat for any company considering they had released their first smartphones back in April 2015. LeEco had introduced some really compelling smartphones this year, including two flagship handsets, the LeEco Le S3 and Le Pro 3. That being said, LeEco has been getting ready for a US launch for a long time now, and the company has just introduced a number of products during their press conference in San Francisco. Among the announced products is the aforementioned LeEco Le S3, and this is technically not a new handset, but the company did announce its US availability today and are now also announcing the higher-end Le Pro 3, complete with Snapdragon 821 CPU.

The LeEco Le Pro 3 is a phablet made out of metal, and it sports a large 5.5-inch Full HD (1920 x 1080) LTPS display. In addition to its sharp display, this phablet also packs in 4GB of RAM and 64GB of internal storage. While the Le Pro 3 in other parts of the world might come in different models, it appears as though a 4GB, 64GB model is the only one making its way to the United States. The internal storage in this handset is not expandable, in case you were wondering. Qualcomm’s Snapdragon 821 64-bit quad-core SoC fuels this phablet, and the Adreno 530 GPU also ships with the device. A 16-megapixel OIS camera (f/2.0 aperture, PDAF) is placed on the back of this phone, and an 8-megapixel shooter (f/2.2 aperture) can be found on the phone’s front side.

In terms of software, Android 6.0 Marshmallow comes pre-installed on this device, with the company’s eUI 5.6 skin on top of Google’s OS. It is also worth mentioning that the phone sports a Type-C USB port on the bottom, and that you can find a fingerprint scanner on the back of this phablet. The 4,070 mAh battery (Quick Charge 3.0 included) is placed on the inside of this handset, and it is not removable, just in case you were wondering. This makes the Le Pro 3 one of the smallest devices to feature such a large battery. The Le Pro 3 measures just measures 151.4 x 73.9 x 7.5 mm (5.96 x 2.91 x 0.30 in), while it weighs 176 grams. That being said, the LeEco Le Pro 3’s pricing starts at $399 in the US for 4GB of RAM and 64GB of storage, complete with access to a $100 instant rebate as well as LeEco Rewards which offer unlimited photo and video storage among other perks.