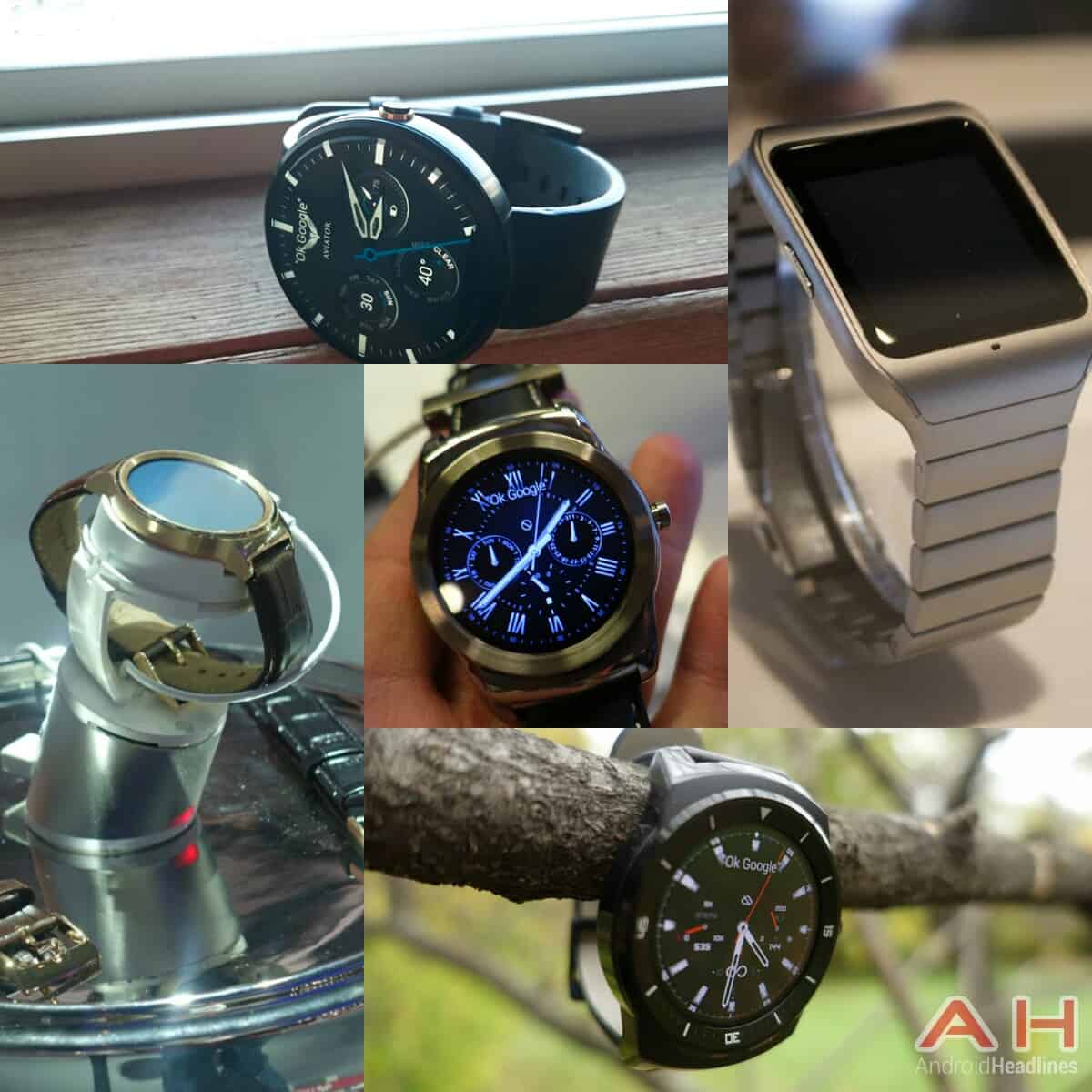 Google released the Android Wear platform in the summer of 2014 and whilst this was not the start of the smartwatch industry – both Samsung and Sony had their own lines of Android-based smartwatches a long time before then – it was seen as kick-starting the industry. Since then, the industry has watched the progress of the Android Wear devices and the rest of the industry, especially as Apple joined with the original Apple Watch and the second generation device released only last month. Today, the IDC released a new industry report demonstrating a steep decline in the number of smartwatches being shipped for the third quarter 2016, compared with the same time period last year. Total shipments showed a decline of over 50%, down to 2.7 million devices compared with 5.6 million in the third quarter of 2015.

There are several reasons why smartwatch sales are falling but this is a worrying sign for what is still an emerging industry. However, one of the structural reasons concerns the market leading smartwatch – the Apple Watch, which sold 1.1 million devices in the quarter, representing a massive 72% decline from the previous year. However, the third quarter of 2015 was the first full quarter that the Apple Watch was readily available, which boosted sales. For 2016, it was known that Apple were preparing to release a newer generation Watch, which they did and it was available for just two weeks in the quarter. As customers start to anticipate a new device, sales of the older generation tail off. Those Apple customers wanting the Apple Watch would almost certainly have waited for the new and improved Watch to be released in September 2016. As a result, the IDC is expecting sales of the Apple Watch to boost Q4 2016 sales.

Another manufacturer struggling is Lenovo, which owns Motorola, the manufacturer of the successful Moto 360 smartwatch. Here, Moto has not released a 2016 version of the Moto 360, which doesn’t give customers of the original and second generation (2015) models a clear upgrade route. Furthermore, Google has demonstrated the new Android Wear 2.0 software and although a number of manufacturers have explained what devices are to receive the new software, some customers will be holding off getting a new device until Google’s new wearable platform is available. It is possible that once Android Wear 2.0 arrives and manufacturers start selling watches based around the new platform that sales will rebound, but the IDC believes that many customers have reached the decision a smartwatch is not (yet) for them. The IDC is championing how manufacturers have concentrated on the fitness and activity tracking functions of a smartwatch but that the future is for an independent smartwatch with its own cellular modem.

It is not all bad news in the smartwatch market, however. Garmin posted a steep increase in year on year sales of over 320% from 0.1 million to 0.6 million. Over the year Garmin released the ConnectIQ-enabled smartwatch and the fenix Chronos. Samsung also posted a modest (9%) increase in sales. You can see a full breakdown of how the top selling smartwatch manufacturers did during the third quarter of 2016, below. 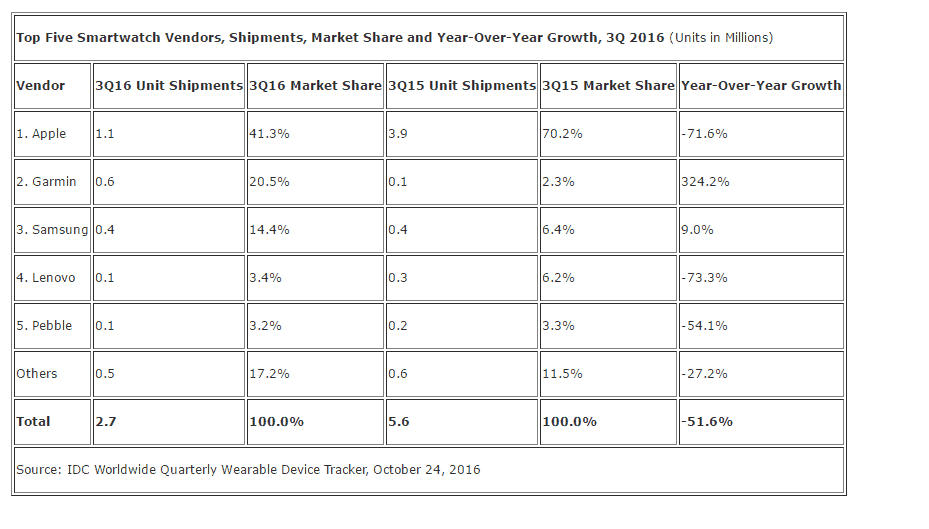