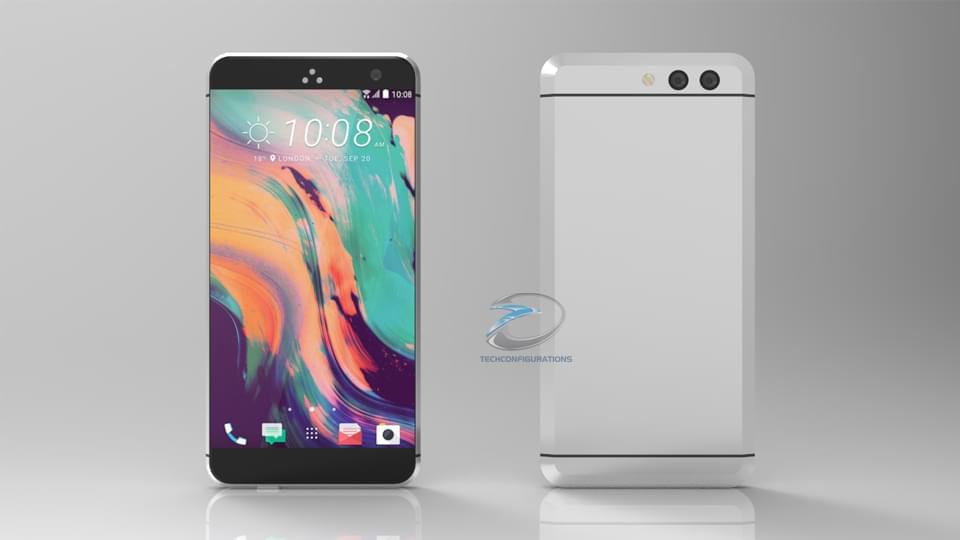 The HTC 'Ocean' smartphone leaked out a few weeks ago. It was a phone that supposedly HTC is working on, but hasn't been released yet. It was also leaked that they are working on three Ocean models, that should be announced soon.  Now from those leaked pictures – which were pretty blurry as they were taken from a presentation – someone has turned them into concept renders, and it looks pretty amazing.

This smartphone has been referred to as the "smartphone without any buttons", and that's because HTC was experimenting with making a smartphone that didn't have a power button, nor a volume rocker. This concept render has all the aspects of a typical HTC smartphone. Looking at the chamfered edges, as well as the aluminum unibody. But what's interesting here is that there are not even any on-screen buttons. If this were the final version of the phone, it could be navigated with different gestures. That's something that is pretty popular in Asia, with Meizu being one of the OEMs out there that uses gestures for getting into recent apps. There's no fingerprint sensor here, which leads us to believe that it is either non-existent, or under the glass. Keep in mind that Qualcomm did make a way for this to workout underneath the glass of a display, and even showed it off at MWC 2015 last year.

The screen is here is legitimately edge-to-edge, which looks beautiful, but it likely won't ever happen. This is due to engineering and it's just not possible yet. Keep in mind that this is a fan render, based off of the information that has been made public about this device. So while it does look pretty realistic, to what we might see out of HTC, if this device does ever get announced, it could also be very far off. There are no specs listed, which isn't surprising. Given that this device could be announced next month or even next year, the specs would change pretty drastically. Hopefully it would come with Qualcomm's upcoming Snapdragon 830 chip. HTC has had issues in the past few years, in terms of actually getting users to buy their devices, but this one here is something that people would likely want to buy.