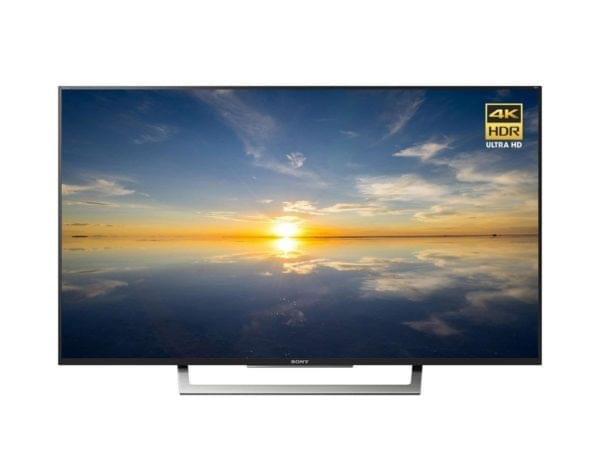 Starting off the list today is a 49-inch TV set from Sony. As well as being a TV set powered by Android TV, this is also a 4K and HDR-supported TV. The refresh rate on this one is 60Hz, although using Motionflow XR the refresh rate is listed as 240 (Effective). In terms of ports, you can expect to find four HDMI ports, three 3 USB ports and an optical port. 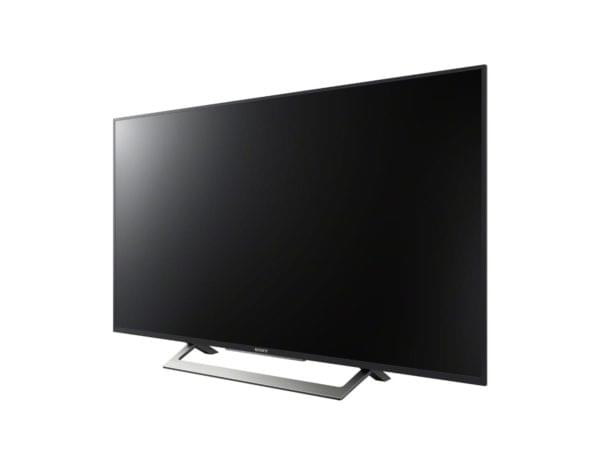 For those who quite like the sound of what is on offer with the Sony XBR49X800D but are looking for something that is a little smaller, than the Sony XBR43X800D is also worth checking out. This is pretty much the exact same TV set although it is the 43-inch model. So in spite of being smaller in size you can expect the same user experience, the same refresh rate and the same number and selection of ports. 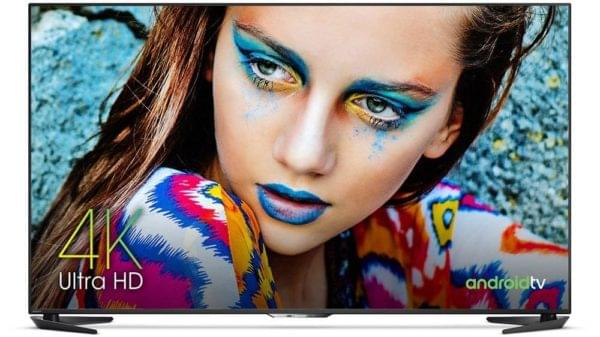 For those looking for a bigger screen Android TV experience, then the Sharp LC-70UE30U is one worth considering. While this is a 2015 model, it is one which comes in a very nicely-sized 70-inch model. As well as the greater display size and Android TV user interface, this is also a 4K-supported TV. The native refresh rate is 120 Hz although this is pushed up to 470 (effective) thanks to the use of AquoMotion. Ports on offer include four HDMI ports, three USB ports, an optical prot, composite ports and more. 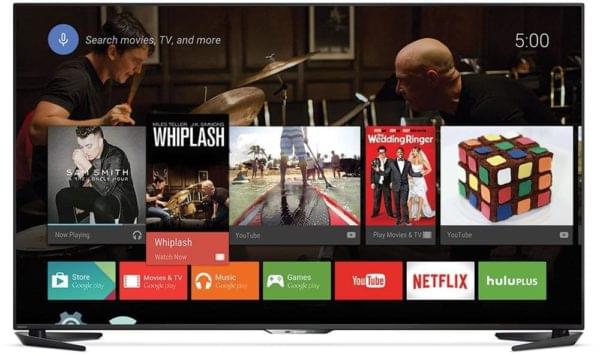 Of course, if 70-inches is not quite enough, then it is worth knowing that Sharp also has the Sharp LC-80UE30U. This is the 80-inch version of the Sharp LC-70UE30U. Which does mean you can make use of the same user experience, the same 480 (effective) refresh rate and the same number and selection of ports, but with an even larger display. In fact, one of the largest Android TV-powered TV set displays on the market. 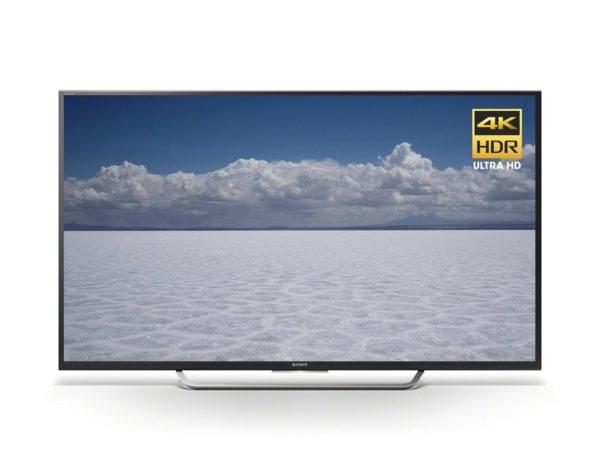 When it comes to TVs, while size matters, not everyone always wants the biggest display. If you are looking more for a screen which is not too big, but big enough than the Sony XBR55X700D is a very good choice to go for. This is a 2016 model and is one which offers a 55-inch display. As well as being an Android TV-powered set this is also one which does offer support for 4K and HDR. As well as a good selection of ports including four HDMI ports, three USB ports, an optical port and more. 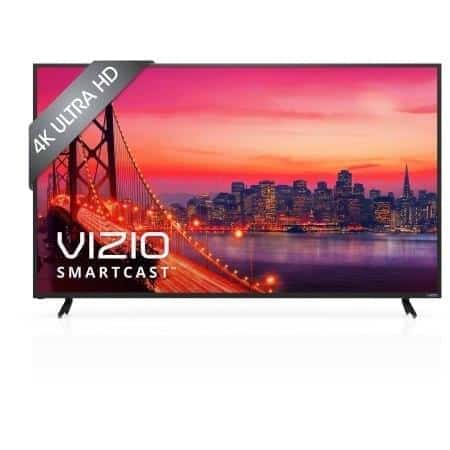 VIZIO is not actually a company that has brought an Android TV-powered TV set to market as of yet and with their recent acquisition by LeEco, it is unclear as to whether they will. So while the VIZIO E65u-D3 is not actually an Android TV set, it’s SmartCast feature does make this TV one worth an honorable mention and worth considering. This is a TV set which comes with Google Cast built-in so while you will not get the full Android TV experience, this is a set which will very easily allow you to cast content from all your favorite smartphone apps directly to the TV without the need for any additional cables or hardware. Besides Google Cast, this is a 65-inch 4K set and one which comes with plenty of ports including four HDMI ports. 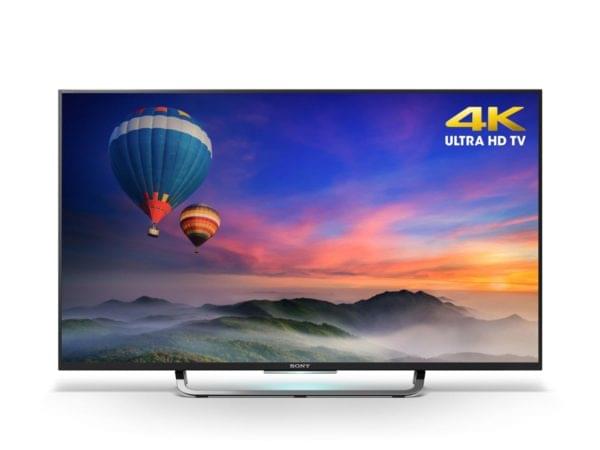 Again, if you are looking for a smaller TV set, then another option worth checking out at the moment is the Sony XBR43X830C. This is another 43-inch TV from Sony and generally speaking is a very similar TV to the already-mentioned Sony XBR43X800D. The obvious difference being that this is the 2015 model of what is essentially the same TV. So while it is a little older, this is still a 4K tv, one which actually comes with a better refresh rate than the Sony XBR43X800D and one which comes with four HDMI ports and three USB ports. Of course, being a year older does also come with the benefit of being more affordably priced. 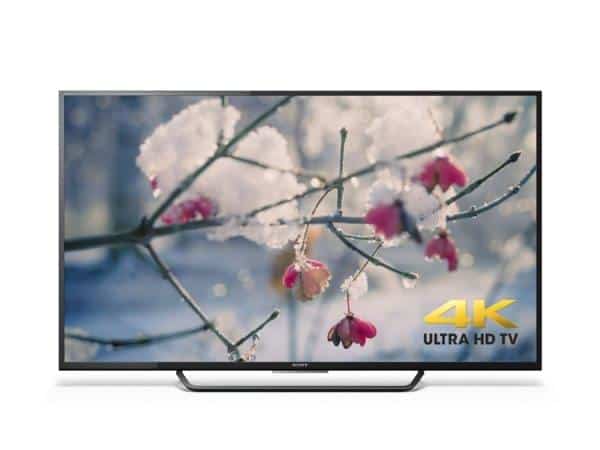 Likewise, if you don’t mind not having the very latest TV set from Sony, then the XBR65X810C is definitely worth checking out. This is another 2015 model which does mean that it is currently very-well priced. However, the big selling point here is that this one is a 65-inch TV set. So for opting for a slightly older TV set, you can get the same Android TV experience, a 4K TV, a 120Hz native refresh rate, four HDMI ports and three USB ports, but at a better price than you will pay for most of the 2016 models. 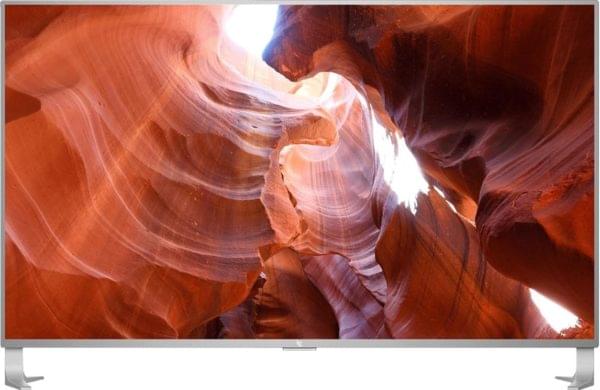 When it comes to the Android TV scene, LeEco is fairly new and especially to the US market. However, they are expected to be one of the quickest-growing Android TV companies and if you would like to test out one of their debut TV offerings, then you do have quite the choice with the LeEco Super4 X-series. This range of 4K Android TV-powered TV sets comes with three choices that mainly differ in terms of screen size. As such, you do have the choice between a 43-inch model, a 55-inch model and a 65-inch model. While they are largely the same TV, the 55 and 65-inch models do come with a few additional perks like better HDR support and a greater level of internal storage. 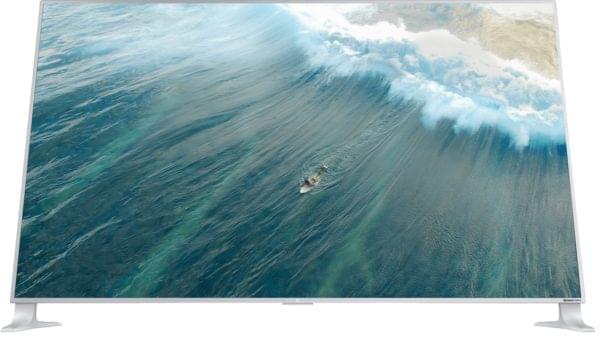 Closing out the list today is not only one of the newest Android TV-powered TV sets to become available, but also the biggest. LeEco only recently announced the uMax85 along with the Super4 X-series and the big selling point with this one is that it comes with a massive 85-inch display. This is also a 4K TV with support for HDR and Dolby Vision as well a ton of additional features as well. However, with this being so new and so big and so feature-rich, this is one of the most expensive Android TV-running TV sets available.