During Google’s event yesterday, the internet giant started off by talking quite a bit about their plans for the Google Assistant and they also put a lot of focus on the integration of the assistant into its new hardware offerings, so it’s not much of a surprise that many 3rd party developers will be hoping to get their hands on the Assistant SDK in order to integrate it into their respective services and apps.

At the event, the company finally revealed what is called Google Actions, essentially a combination of the two types of requests that the Google Assistant can handle – Conversation Actions and Direct Actions. As part of the SDK release, developers will basically be allowed access to Google Actions. For those wondering what the difference is between the actions, on the one hand, Direct Actions basically handle the simple and straightforward requests which only give the bare minimum of information and wouldn’t require any extra information for the Assistant to understand the request. Conversation Actions, on the other hand, are ones that essentially requires a bit more information and in a number of cases would require the Assistant to ask further questions. If a user was to ask Google Assistant a question related to another app, it may then pass the user on to the bot inside that app which would ask them more specific questions. Examples in which this may be useful are if a user wants to book a restaurant where the bookings app would ask more specific questions such as the time and the number of people.

On a final note, Google has confirmed that the Google Assistant SDK will be made available to developers in 2017, though an exact time frame has not been provided yet, though the internet giant has confirmed that it will provide more information regarding Actions in December. It’s likely that the first examples of apps and services with Google’s Assistant integrated will appear towards mid-2017, so there is a high possibility that Google will use Google I/O 2017 to show off a few end results from partners such as Uber, Spotify, Netflix and more. 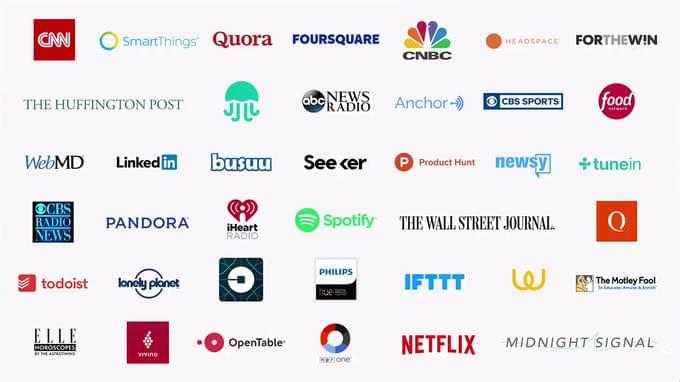