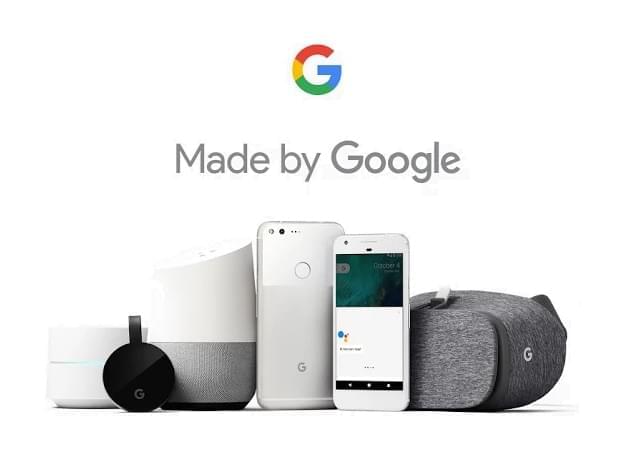 Now that Google’s October 4 event is over, the details on what hardware Google has to offer has been made clear. Google has unveiled two new smartphones, the Pixel and the Pixel XL as well as additional hardware elements such as its new Daydream VR headset, Google Wifi, Google Home, a new Chromecast and more. As to be expected with such an array of new Google hardware being announced, the Google Store has now seen quite the update with all the new products being listed and some of them (like the two Pixel phones) are even already available to pre-order.

That said, while the Google Store has seen quite the presentation change to make way for the new products, it seems the change in design might be much more symbolic than many might have realized. With the two new Pixel phones now available, the Nexus 6P and Nexus 5X have already been removed from the store. Which is somewhat understandable as Google will be looking to push the newer models and not the older ones. However, it also seems that a number of other products have disappeared as well. To name a few, the VR-focused Goggle Tech C1-Glass VR Viewer and the Mattel View-Master VR Starter Pack are both gone. As is the Dell Chromebook 13 and most interestingly, the NVIDIA SHIELD. In fact, it currently seems as though all the Android TV products have been removed.

While the VR headsets will likely make sense (as Google has a new VR headset it now wants you to buy), the Dell Chromebook 13 and the NVIDIA SHIELD are a little more revealing. One possibility for these removals is simply that the Google Store is going through its changes and they will end up being listed again soon enough. Although, another possibility is that as the Google Store is adopting much more of a ‘made by Google’ mantra, the products not ‘made by Google’ might be starting to be removed to reflect the fact that the Google Store will be showcasing a much more Google-focused hardware line only. Of course, it is too earlier to tell at the moment which suggestion might be the case with these product removals, but as it stands a number of products including the NVIDIA SHIELD have now been removed from the Google Store.