With smartphones quickly becoming the go-to cameras for many consumers, photo management is increasingly important. Android devices come with a built-in photo gallery, but Google’s own Google Photos app offers quite a bit more features and flexibility. For example, when the device’s storage starts to run out, the app can find photos that have already been backed up to Google’s servers and delete their local copies, freeing up a bit of space to store other things. It can also identify certain subject matter in photos and index it so that they can be found in searches, and backs up photos automatically. Now, the app brings yet another intuitive feature to save users time and help them organize their photos more effectively – rotation suggestions.

Smartphones have sensors in them that help them identify whether the device is being held in portrait or landscape mode when a photo is taken so that it can be saved accordingly. Unfortunately, these sensors are not perfect, and occasionally you may wind up with some sideways photos in your collection. Rotating them is simple enough, but takes a great deal of time if there are many photos that need to be rotated. The new feature, available through the “Assistant” tab in the Google Photos app, will scan your photo collection for images that appear to be sideways. Once it has compiled a list of suggestions, you can then adjust the list as needed, and when ready, apply the rotations all at once. Among other new features included in the latest update are the ability to retrieve memories of people that you have taken many recent photos of, and a feature that highlights people you take pictures of the most. All of these features have a common theme, and that’s intuitiveness. The app is designed to identify what the user wants to do without being prompted, and give them quick and easy ways to do it.

Google Photos is a great app for not only managing photos on your device but in the cloud as well. Recently the backup feature was changed to allow for unlimited backup of high-resolution photos (with a limitation on full resolution photos). Google’s newly announced Pixel and Pixel XL smartphones include unlimited photo backup at the original resolution. In order to use the new features, you’ll need to make sure you have the latest version of the app installed, which you can download or update to by visiting the link below from your Android device. 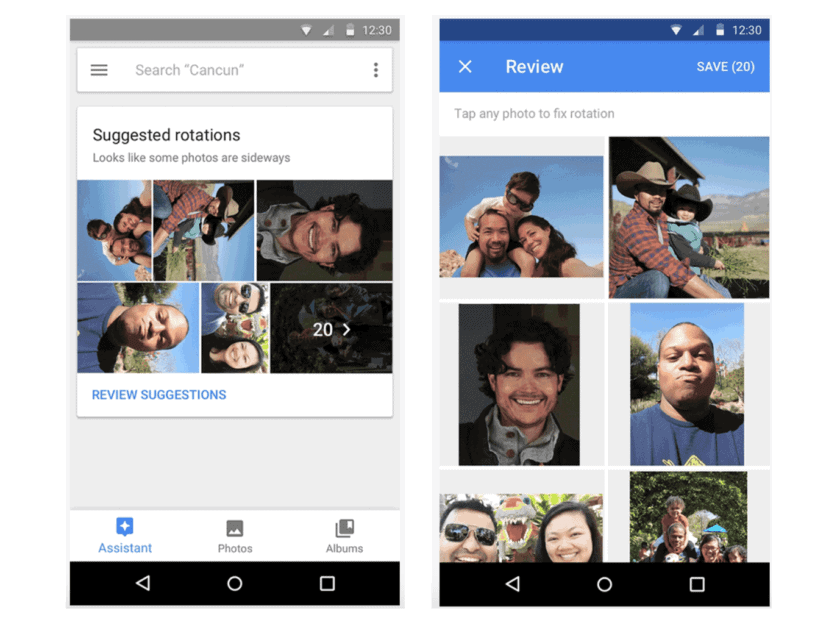