Google has made it possible to search for specific picture types within the Google Photos app since the app was announced, which is one of the better features of the app especially if you’re someone who has a lot of pictures stored. Now Google has made it possible to bring up albums when you search for certain pictures too. To be more specific, if you have albums that include photos of the search term, they will come up in the search results along with any of the pictures that are categorized under that term as well. While you would expect this to have been included with Google Photos from the beginning that is apparently not the case.

This appears to be something that Google is enabling on their end, so there is no new update to the Google Photos app that should be needed. According to the details, the feature may already be available for you in your version of the app, and force closing the app followed by clearing the data for it from the app menu in settings may end up allowing the feature to surface after re-opening it.

If you don’t use Photos often or you don’t really have any albums set up, then it’s likely that you won’t find much use out of the ability to search for albums, but for everyone else, now that Google has made this change it’s never been easier to get all the relevant pictures you want to bring up whether they’re single photos or entire albums. While this doesn’t appear to have been part of any actual app update like most features, it’s a new change that follows other features which Google incorporated recently, such as the ability for Photos to create GIF images using videos that were uploaded. Google Photos also now has rotation suggestions, and it’s able to create themed movies using the uploaded videos as well. With albums coming up in search results most likely being a feature that Google is turning on server side, if you aren’t able to bring up relevant albums when you search just yet you can try force closing the app and clearing the data as mentioned above, or you may simply have to wait for it to pop up. 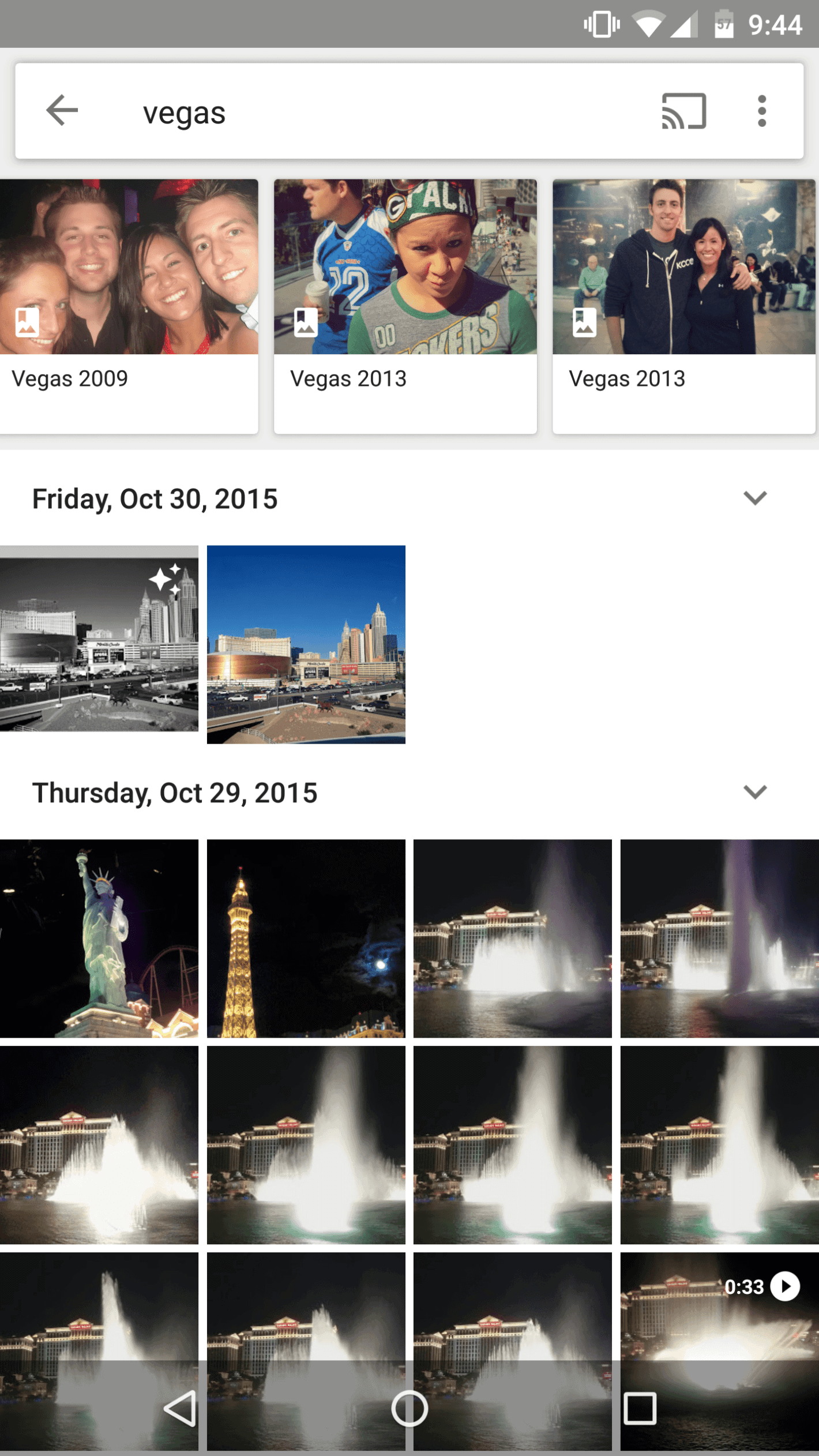