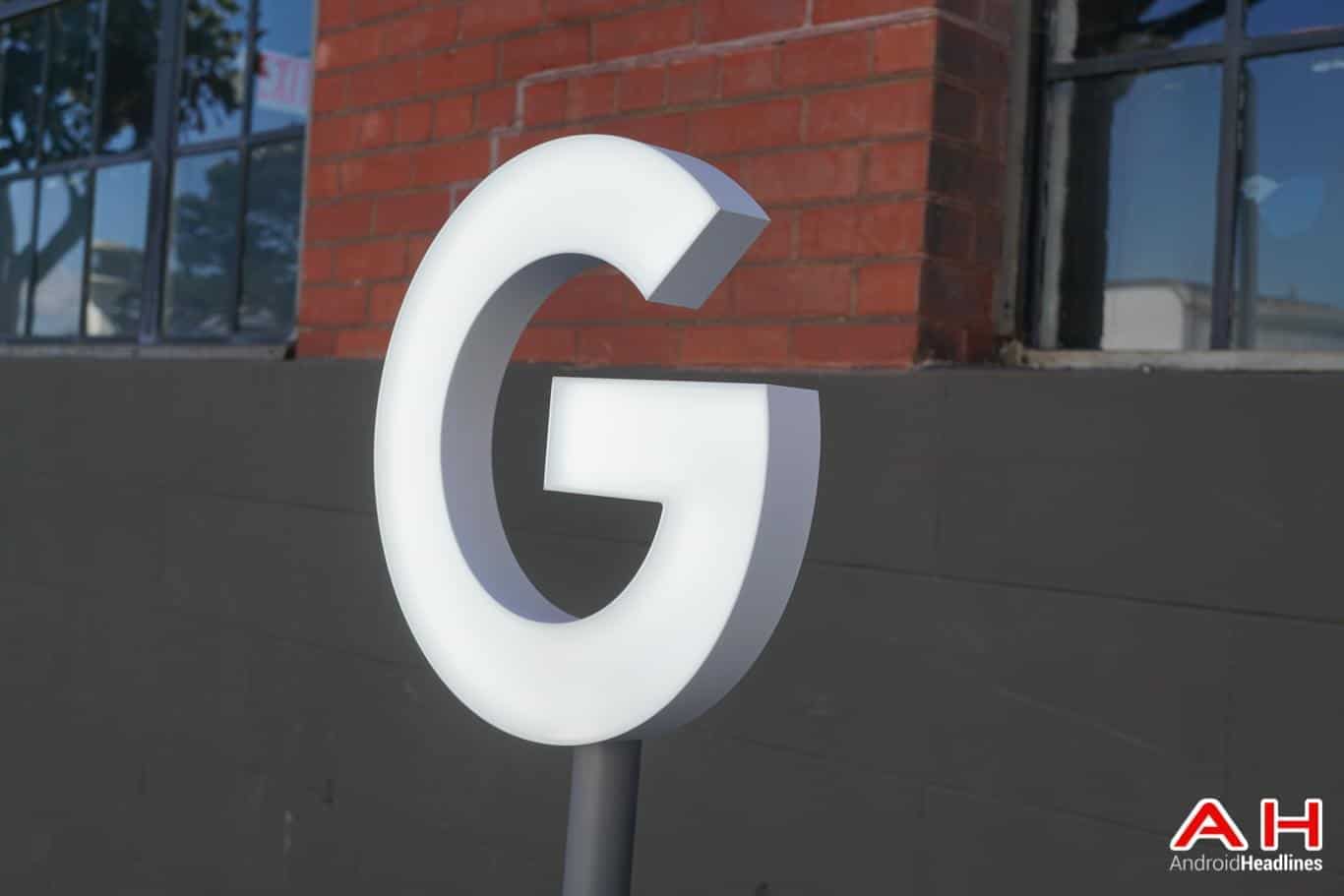 The Google app, for all intents and purposes, is a hub for important information like package details, flight info, news articles you may be interested in reading, the weather, and plenty more, and it seems that Google is set to give the app a little bit more organization in the near future. Specifically, Google is testing a new tab in the app labeled as ‘Upcoming,’ although this isn’t the first time the new tab has been spotted, as testing actually began with a smaller amount of users in August and was simply called ‘Dashboard’ at the time. Now Google seems to have changed the name as well as expanded the test bed for this new feature.

As the name might suggest, the Upcoming tab within the Google app will be an entire tab reserved for info cards that hold “upcoming” details. For example, say you have an upcoming package that’s been shipped and is on its way. This would be an info card that you would end up seeing in the Upcoming tab, where as currently the Google app shows these types of cards along with all the others for news, weather, and third party apps in a single tab.

Aside from potential packages that you may have on the way, the Upcoming tab would also show you essentially anything else that is coming up in the near future, such as events or calendar dates that you have marked, birthdays, etc. Although some might feel this is a bit more disjointed than having it all in one tab, this should help to streamline the information that users can grab from the Google app. Once this feature is made available to you, you should see the typical popup message that Google has in some of their apps to alert the user that a new function has arrived. Once you get past this, you’ll see two buttons down at the bottom of the screen which denote the separate tabs and allow you to switch between them. There doesn’t seem to be a time frame for when Google plans to make this feature a full rollout, but if you use the Google app often enough chance are you’ll stumble upon it at some point. 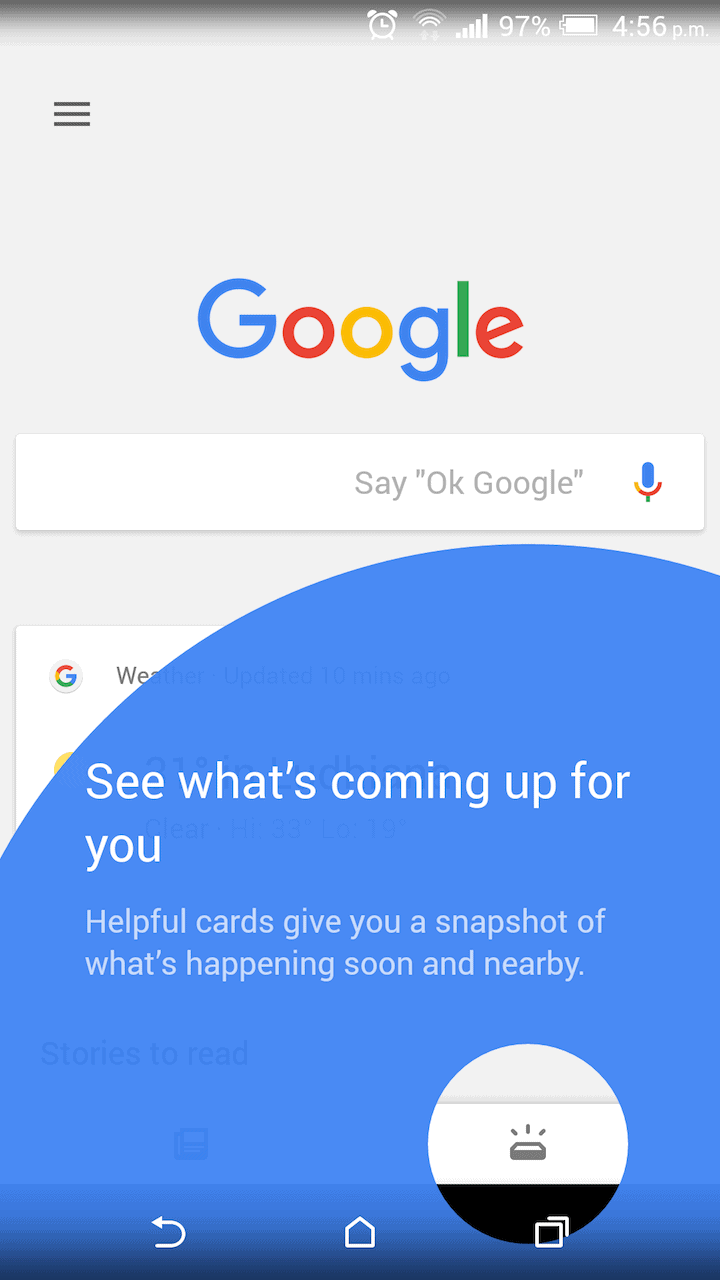 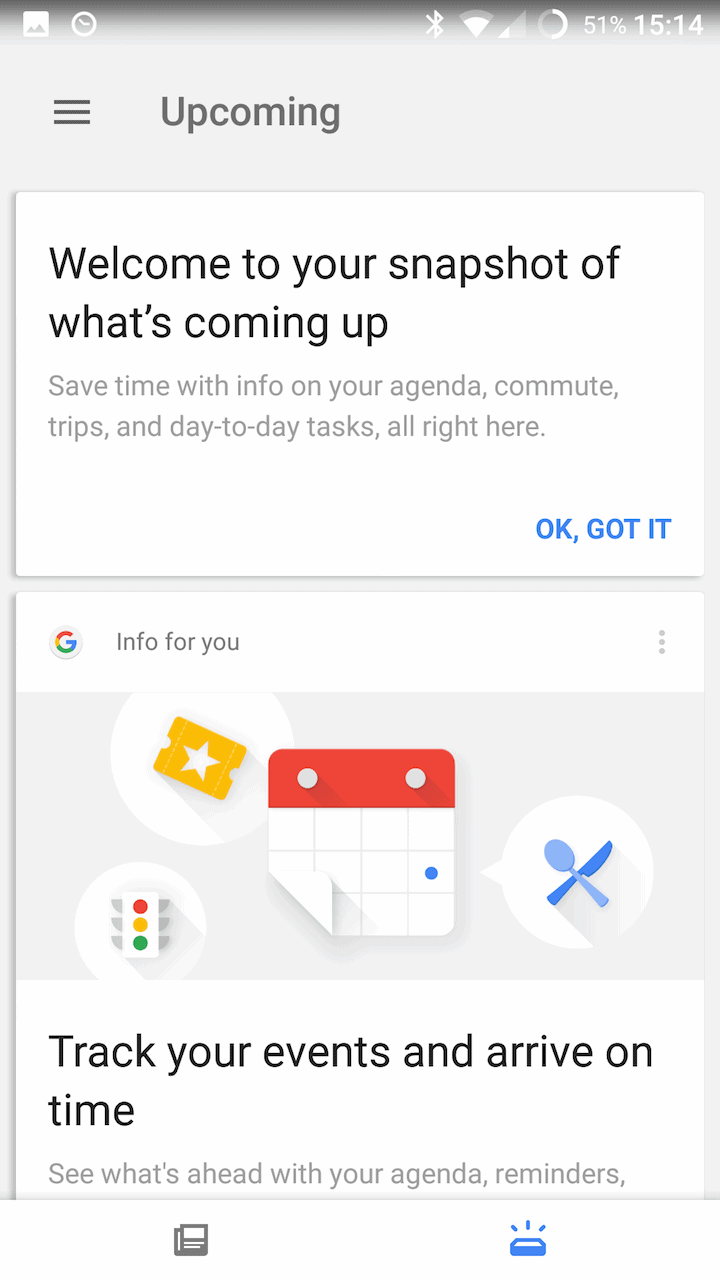 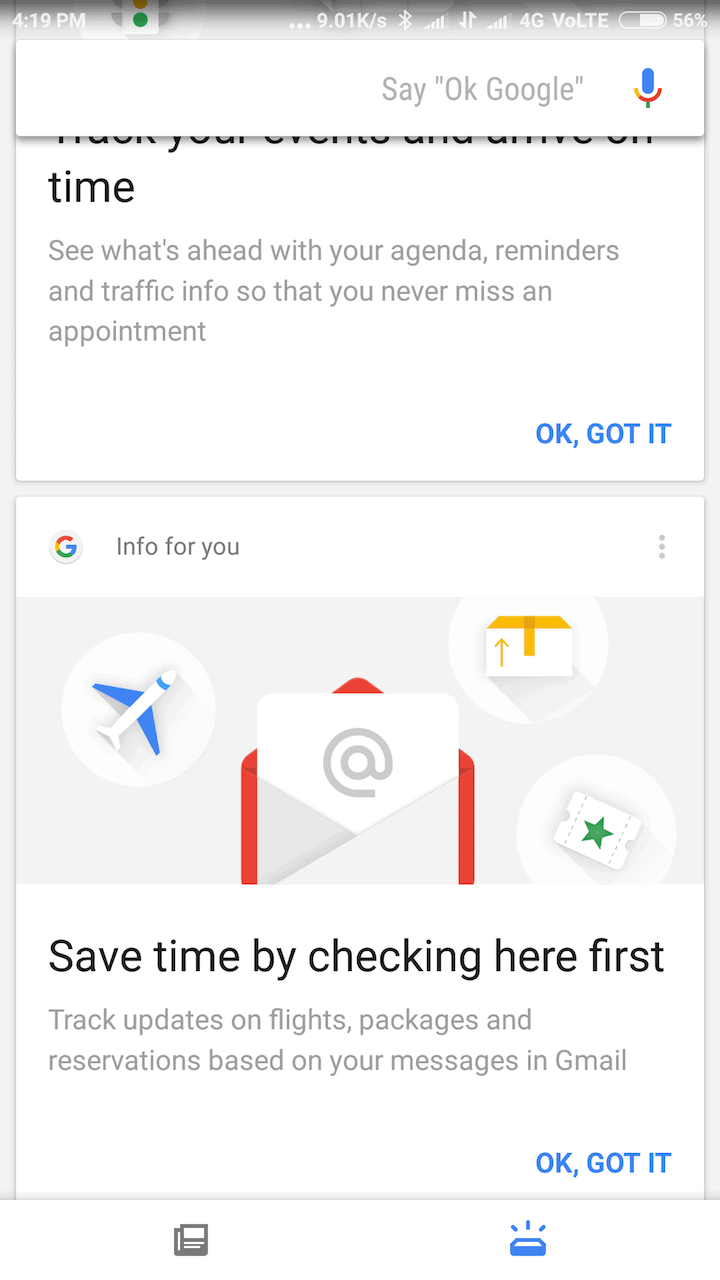