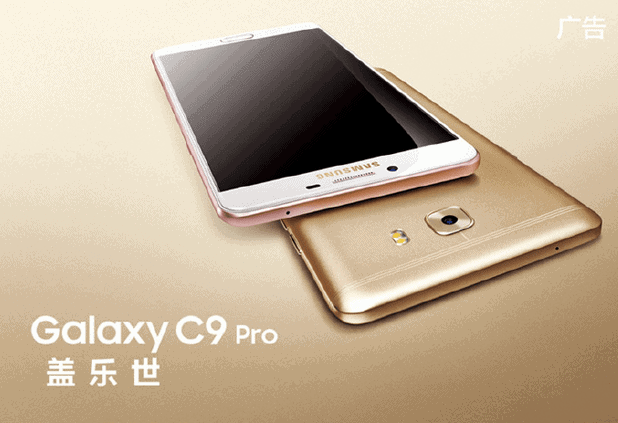 Samsung is expected to unveil a new smartphone called the Galaxy C9 Pro in China tomorrow. The device is believed to be a variant of the Galaxy C9 phablet that has already been spotted online a number of times, but is yet to be launched officially. The two devices are expected to be the most premium handsets in Samsung’s Galaxy C-series that has, until now, been sold exclusively in China. Whether that status quo changes any time soon remains to be seen, but for now, what we do have are a few renders of the upcoming premium mid-ranger along with other marketing material and a fairly detailed spec sheet that have apparently leaked out ahead of the device’s official launch tomorrow.

According to a listing on Chinese e-commerce site, Tmall, the Samsung Galaxy C9 Pro, much like the regular Galaxy C9, will sport a rather large 6-inch 1080p display panel. It’s expected to be powered by the Qualcomm Snapdragon 653 MSM8976 SoC, which comes with an integrated 64-bit octa-core CPU clocked at a maximum frequency of 1.4GHz. As for the rest of the hardware specs, the Galaxy C9 Pro is expected to come with 6GB of RAM and 64GB of internal storage, while the battery will likely be a 4,000mAh unit. Coming to the cameras, the Galaxy C9 Pro will sport a 16-megapixel rear camera with an f/1.9 aperture, but interestingly, even the front-facing camera is believed to sport a 16-megapixel sensor.

The phone will have a fingerprint scanner integrated into the physical home button, while the presence of an NFC chip means it should be compatible with both Samsung Pay as well as Android Pay. The device will also come with USB Type-C connectivity. On the software side of things, Android 6.0.1 Marshmallow is expected to be pre-installed with a TouchWiz UI overlay and it should be the most recent version of the TouchWiz software. The listing on Tmall also reveals that the Galaxy C9 Pro will be offered in Gold and Rose Gold color options, and have a price-tag of 3,199 Yuan ($475) in China. There’s no word, however, on whether the phone will see a global launch at some stage in the future. 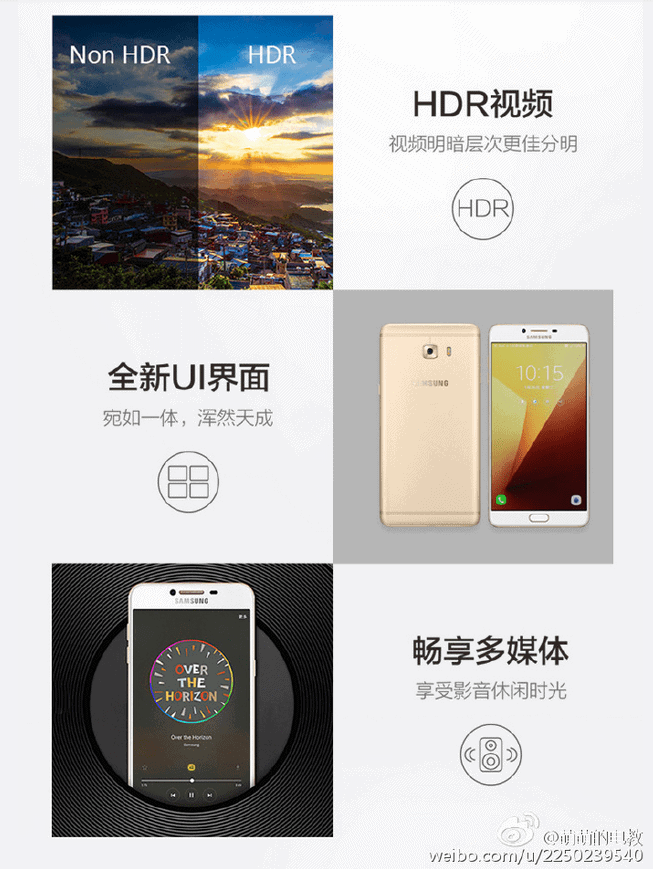 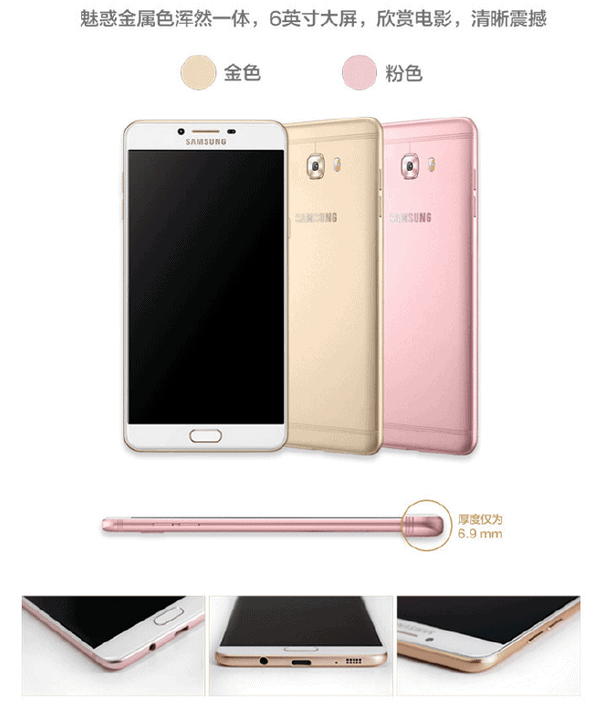 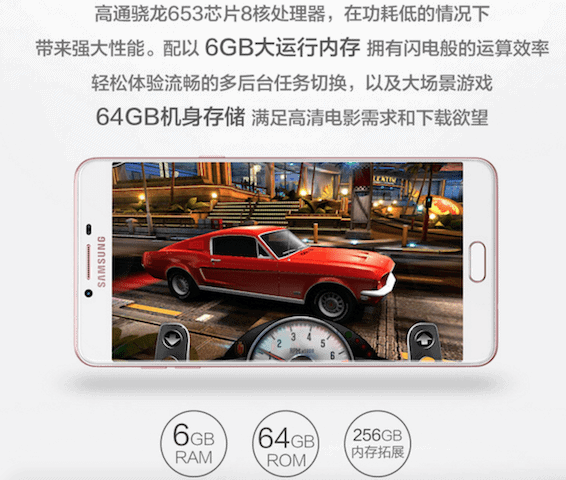 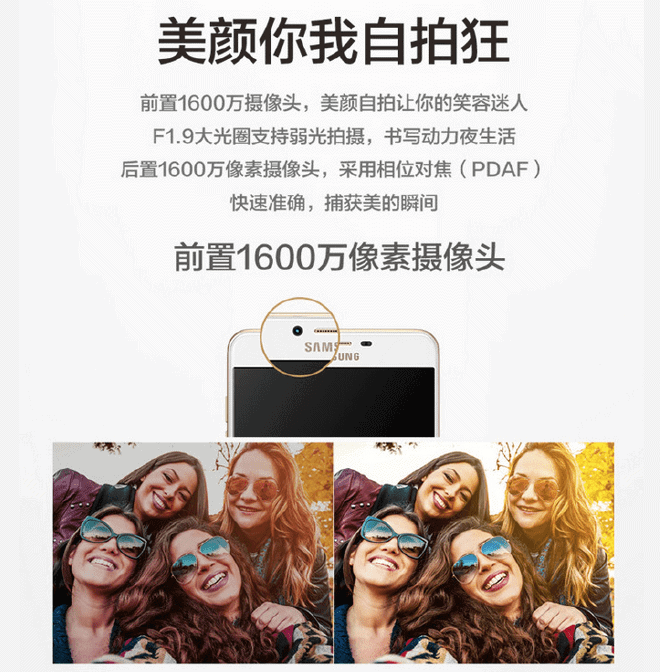 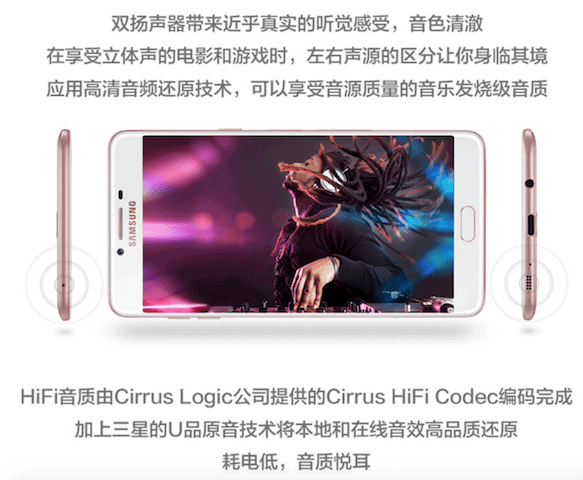 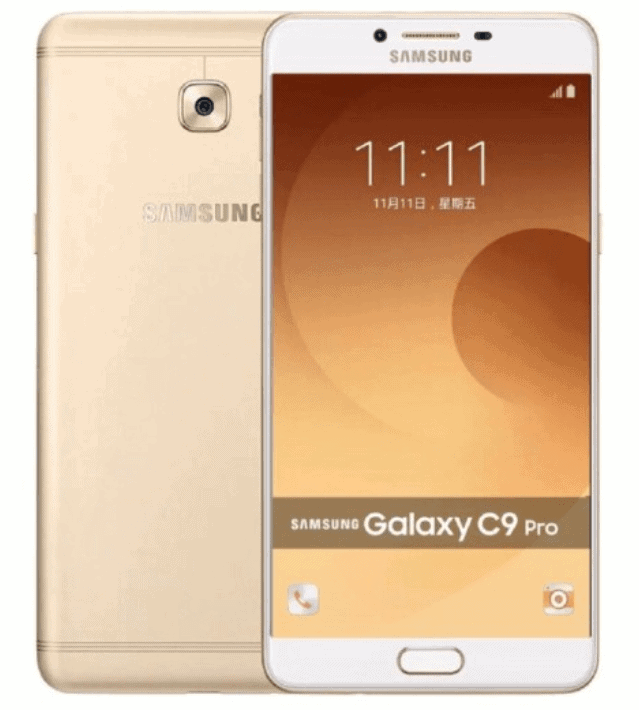 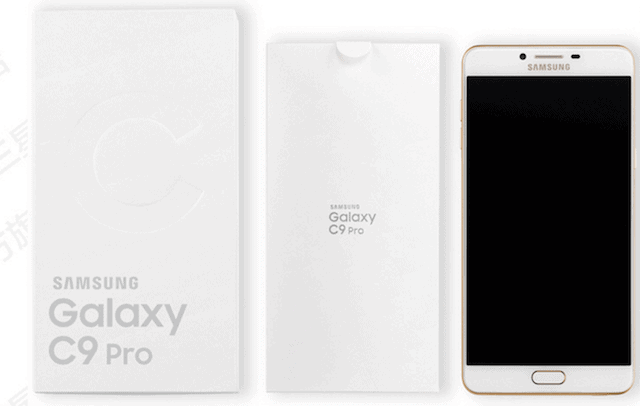