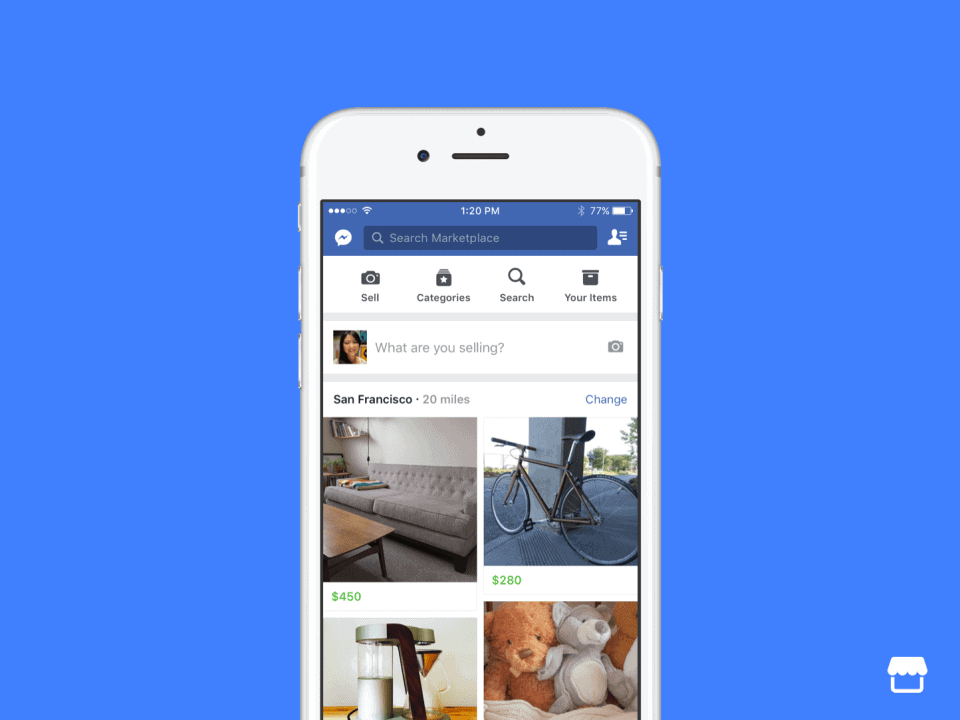 With the caveats of wheeling and dealing far away that come with online buying most of the time and the risks inherent in a near-anonymous local service like Craigslist, people have been going to groups on Facebook to buy and sell locally for quite some time. According to Facebook’s data, about 450 million people engage in the practice these days. Facebook has announced that they’re rolling out a tool to help those looking to buy and sell in their area to be able to do it quicker and easier than before. Where users were before limited to the buying and selling group that they posted inside and had to manually fill in most of the fields for posting in said group, such as location and the arrangement of the photos, this new tool will make some of the process easier and let users spread their listing further than before.

The tool, which will replace the defunct messaging function inside the official Facebook app, can be searched nationwide by all Facebook users in a given country. This means that a user who was previously out of luck when looking in a given regional group or a few groups for a specific item may be able to find that item somewhere a bit further away and either make a road trip or arrange shipping. When users want to search for something, they can filter by location, price, and item category. Interesting finds can be looked into in more detail, or saved for later. Users who want to post something for sale, on the other hand, simply write up the listing, provide a photo or a number of photos by either taking them in-app or grabbing them from their camera roll, then confirm their location and choose a category and price.

Facebook Marketplace is essentially just a communication tool; while you can pay via Facebook Messenger these days, that’s not enough to warrant any kind of protection from Facebook. Indeed, the social media giant is taking a strictly hands-off stance in the use of Marketplace and allowing users to work out item transit and payment completely on their own. Mobile users over 18 years of age in the US, UK, Australia, and New Zealand will find the feature available in the next few weeks, with a desktop version planned for the near future, as well as release in other territories. 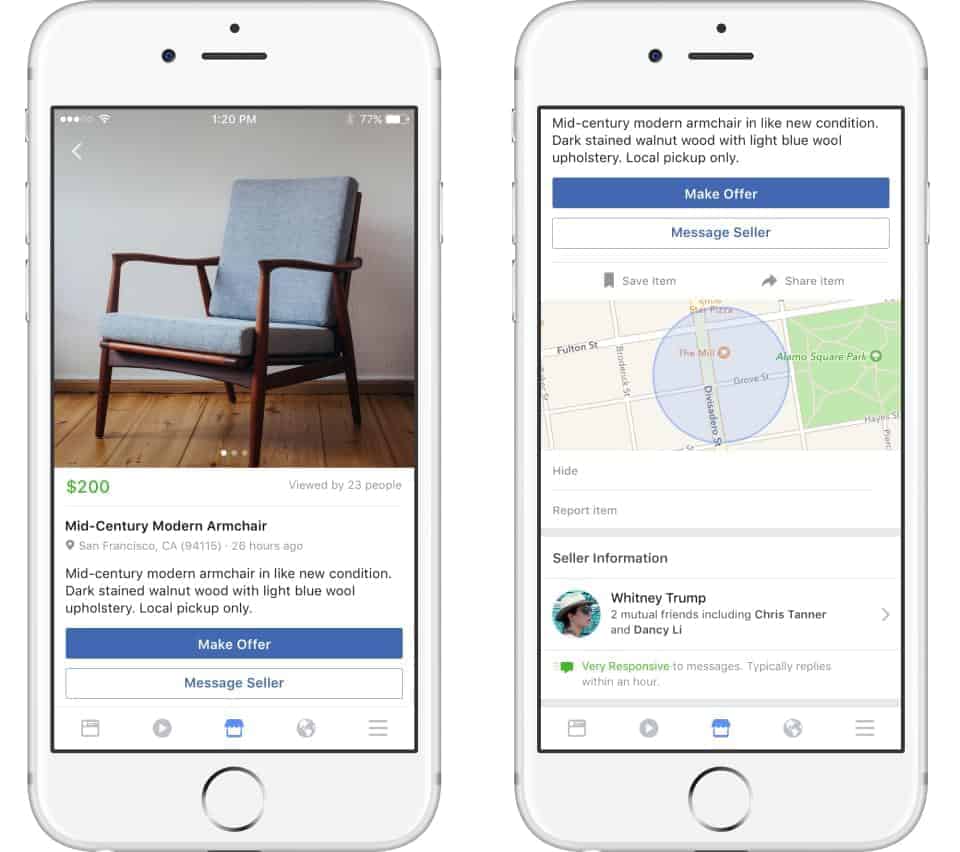