In the world of Android, there’s a certain test that a device needs to go through before it can be considered a decent option for some users, and that’s gaining root access. Developers all over the world spend countless hours working on the latest and greatest devices to gain root access. Many of you will be familiar with the concept, but for those that aren’t, root access is like having administrator privileges on a Windows PC or Mac, it allows you to go anywhere in the file system, and do whatever you want. This has huge benefits for those looking to modify Android itself, as it allows for the files found in the /system directory (the core of Android itself) to be modified. This is how users theme their devices at a deeper level, run apps that allow for features not originally intended by the manufacturer and a whole lot more. Now, the Pixel and Pixel XL have reached that point, almost.

Each and every year a new stock Android device from Google is released, there’s a scramble to be the first to get root access up and running on the device, and unsurprisingly, Chainfire XDA seems to be first this time around. Getting root access on devices from Google used to be a pretty straightforward affair, but with privacy and security concerns high on anyone’s list of priorities right now, Google have made it a little more difficult. The current method used by Chainfire works with a modified /system partition as well as verified boot disabled. The former is the bigger of the two concerns here, as needing a modified /system to gain root effectively requires a user to go ahead and install a custom ROM to their device in order to gain root. It’s likely that an easier, more user-friendly method will be found sooner, rather than later, but for now this is the sort of progress that is encouraging.

Rooting an Android phone has always come with its caveats, but now more so than ever. Games like Pokemon GO won’t work on a rooted phone, many banking apps refuse to launch on a rooted phone, and Android Pay definitely does not work on a device that’s rooted. There are, of course, workarounds for these problems, but for many users the benefits of root outweigh the hassle of having to jump through these hoops. Either way, Android is all about choice, and with root becoming a reality on the Pixel, Chainfire XDA is close to offering us even more choice. 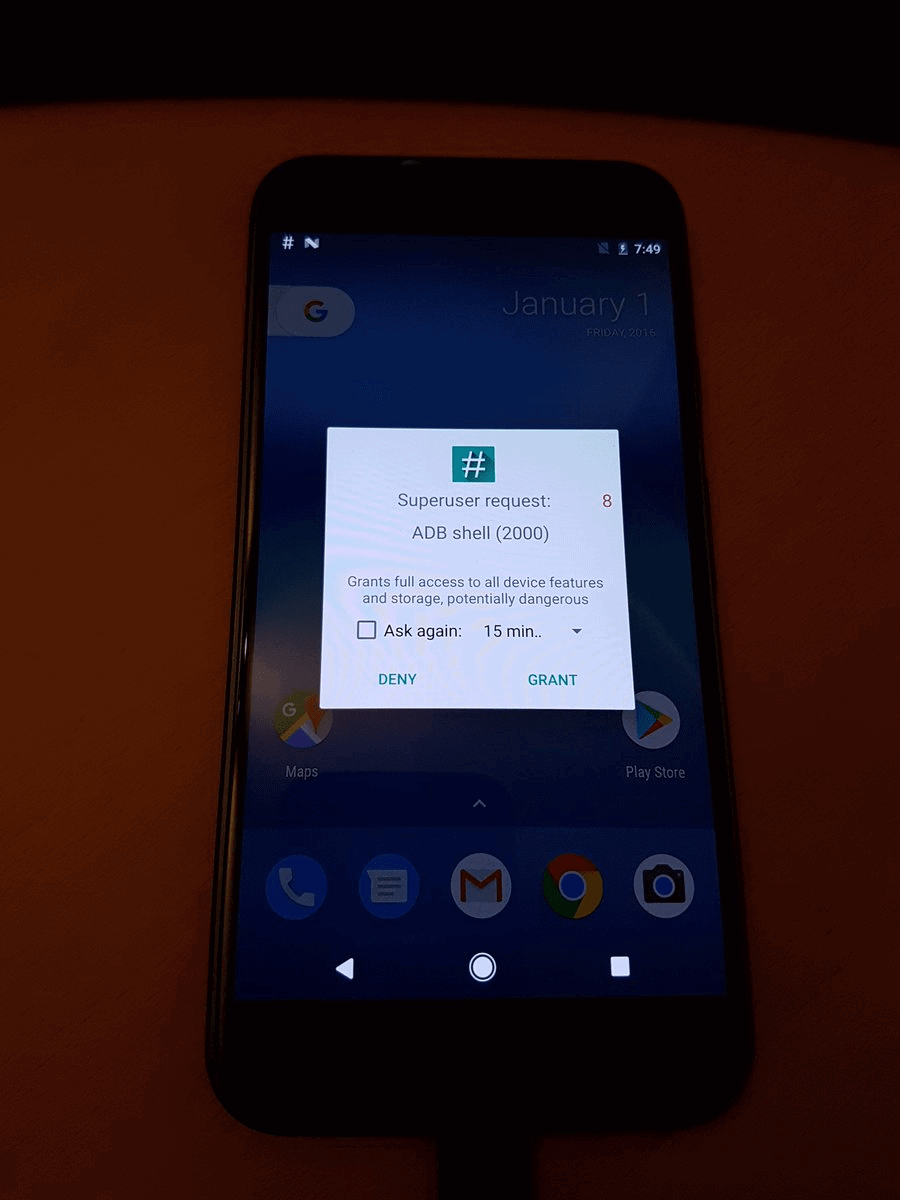