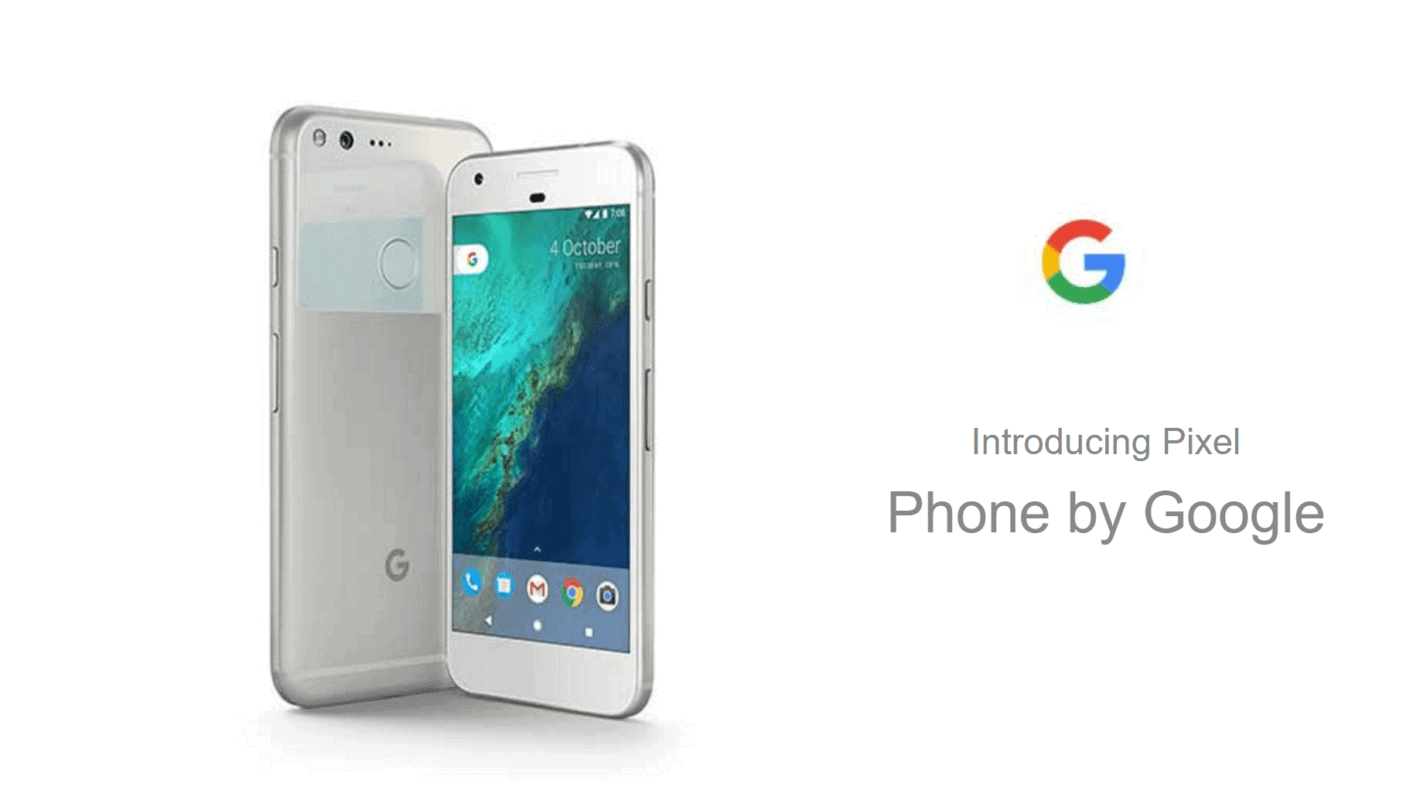 While Bell Canada and TELUS leaked the Google Pixel and Pixel XL earlier this morning through their respective websites, there was little to see beyond a couple of high-resolution images of the phones in Black and White. Now, thanks to leaks from Carphone Warehouse, all but the price and date of availability is seemingly confirmed as their order pages for the Pixel and Pixel XL reveal full specifications. Having said that, it's important to remember that while the specs details are listed, this is still not an official confirmation from Google, but this is likely what consumers can come to expect from both phones.

Since the Pixel and Pixel XL have both been leaked numerous times in images, the real interesting bits are the specifications that are listed for each device, although you do get to see various angles of each phone in the overview section of the Carphone Warehouse website. Aside from the new angle or two of each device, Carphone Warehouse makes it abundantly clear that consumers will have the ability to customize their phones with "Cases by Google" similar to the way Google allowed people to create special personalized cases for the Nexus 6, Nexus 5X, and Nexus 6P. Something which was not really detailed before now.

When it comes to the specifications, a lot of what was already suspected seems to be on offer, as the Pixel comes equipped with a 5-inch Full HD screen using an AMOLED panel. It's powered by the Qualcomm Snapdragon 821 processor which is paired with 4GB of RAM, and it carries a 12.3MP camera on the back as well as an 8MP camera on the front. The screen is protected by Gorilla Glass 4, and has a pixel density of 441 ppi. It also comes running on Android 7.1 Nougat, as was suspected, and even the battery comes in at 2,770mAh in capacity. Storage-wise, it can be purchased in either 32GB or 128GB options, which was already suspected as well, but for the first time ever with Google smartphones, the Pixel will come with expandable storage up to 256GB, at least according to the Carphone Warehouse listing. Of course, it comes with USB Type-C charging and it has a 3.5mm audio port for plugging in headphones. It does not list all available colors, but from the images leaked today it's obvious that the phone will be available in white as well as black.

When it comes to the Pixel XL, the larger of the two devices, the specifications are all the same as the Pixel and this includes the storage options as well as expandable storage, save for a few key details like the display and the battery. The Pixel XL comes equipped with a 5.5-inch display, which is still using the AMOLED panel technology, but it will be Quad HD resolution with a pixel density of 534 instead of Full HD with a pixel density of 441. The battery will also be larger at 3,450mAh instead of the 2,770mAh found in the Pixel. Again, there are no pricing details available here for the Pixel XL nor are there any color options listed, but the same applies as before, as the images reveal that there will be a black and white option. What isn't known is whether or not Google will release any colors beyond black and white, and the website still doesn't list details on availability cost, but those details will surely be made public at Google's event on Tuesday morning.

Advertisement
Trusted By Millions
Independent, Expert Android News You Can Trust, Since 2010
Publishing More Android Than Anyone Else
22
Today
66
This Week
321
This Month
5065
This Year
106540
All Time
Advertisement