Earlier this morning, we reported that NCIX has the BlackBerry DTEK60 up for pre-order in Canada. Now it looks like BlackBerry themselves has the device up on their site. While they do have a few buttons on the page to “Buy Now”, it redirects you to a listing of all of their existing smartphones. Which does not include the DTEK60. So it appears that someone jumped the gun a bit with this page being visible to the public. The DTEK60 has been leaked numerous times already, and some of the specs are confirmed here on this page that BlackBerry has available, but not all of them.

Unfortunately, a number of specs are not available on this page, for the DTEK60, but in the comparison to the DTEK50 and the PRIV, we can see that it does indeed sport a 5.5-inch 2560×1440 resolution display. BlackBerry says that it has a pixel density of 534 PPI, which is the pixel density a QHD display would have at that size. The DTEK60 does sport a 21-megapixel sensor on the back and a 13-megapixel front-facing sensor. There is also an on-screen keyboard, as opposed to a physical one like the PRIV had. Which shouldn’t be a surprise to many, given how slim the DTEK60 actually is. Additionally there is support for a 2TB micro SD card but no word on the amount of storage included.

As you could probably figure out from the name, the DTEK60 is basically a larger DTEK50. It looks exactly the same, with a tad larger display, and higher-end specs. Which means you should see a higher price tag as well, when this finally is made official. The DTEK50 runs for $429 in Canada, so it wouldn’t be that surprising to see the DTEK60 go for $700 CAD or more. NCIX believes that the device will launch next Tuesday, October 11th, which could indeed happen. But keep in mind that there has been no official word from BlackBerry on this device just yet.

This would be BlackBerry’s second Android smartphone this year, and third overall. It would also be their second smartphone that they did not build. The DTEK50 and DTEK60 are made by TCL (which owns Alcatel, hence the similarities to the Idol 4). This shouldn’t be a surprise as BlackBerry closed their  hardware division last week. 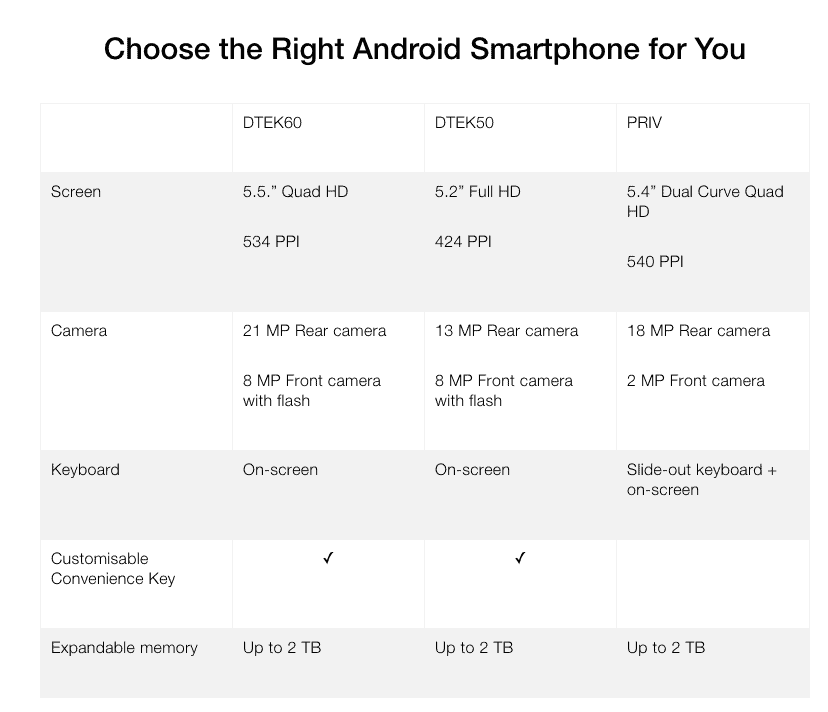