Canadian software company and handset manufacturer started selling BlackBerry-branded Android handsets last year with the introduction of the PRIV. This was followed earlier this year by the DTEK50. The PRIV, showing above, comes with a slider keyboard chassis and BlackBerry’s take on Google Android, which is a near-stock implementation of the software. The DTEK50 is an all-touchscreen Android smartphone which, again, uses Android as modified and hardened by BlackBerry. More recently, we have seen a new BlackBerry preparing a flagship device, the DTEK60, which has yet to be officially launched. This makes three smartphones that have either been launched or have all but been revealed and today, we’ve news that a new, fourth model, has been tested on GeekBench.

Unfortunately, it’s still unknown how far along the development cycle the BlackBerry Mercury is. With BlackBerry still yet to launch the DTEK60, it may be some weeks of even months before the new Mercury is ready for an announcement. However, the holiday season is coming up, which is traditionally an important time of year for smartphone sales. Considering this, it is possible that the new BlackBerry Mercury is close to an official release. 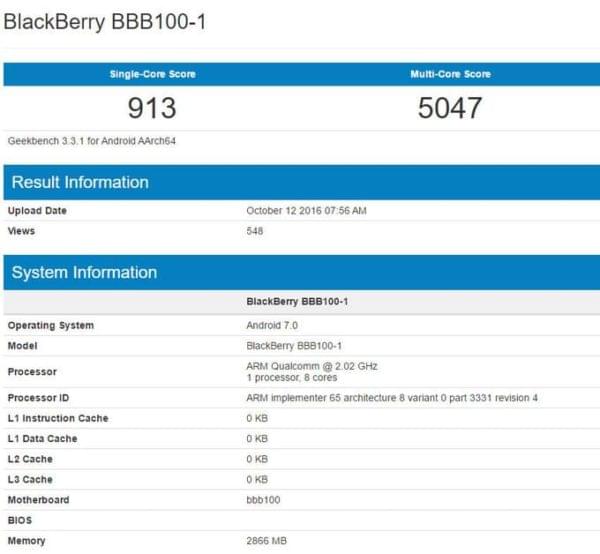