The HTC 10, along with the HTC One M9 and HTC One A9, were promised their Android 7.0 (Nougat) updates within a certain timeline. While HTC released press materials recently that indicated that they intended to break those update timeline promises, it seems that at least one of the promises that they made is being kept. An HTC device, shown as “INVALID Android  HTC Edition” recently showed up on GFXBench. The kicker is that this so-called mystery device sports the HTC 10’s specs to the letter, including a Qualcomm Snapdragon 820 processor, 4GB of RAM, 32GB of storage, and a 2,560 x 1,440 screen at 5.1 inches. Thus, either HTC is making another variant of the HTC 10 or a similar device that will run on Nougat, or the HTC 10 is currently being tested with its Nougat update.

The device in question did not bear anything denoting it as an HTC Sense device besides the name, but the software on show is clearly Android 7.0. HTC’s previous timeline promised HTC 10 owners Nougat in the fourth quarter of 2016, though only for the unlocked version of the device. Carrier versions will take a lot more time to get the update due to the need to work with carriers on software, network compatibility and the rolling out. In any case, seeing at least some progress on the Nougat update for the HTC 10 this early in the game is encouraging.

Owners of the carrier versions of the HTC 10 will likely see their updates some time in 2017, but with the update being ready to tear through benchmarks at such an early stage for the unlocked version, there may yet be hope for owners to see the update before the end of the year. Owners of the HTC One M9 and HTC One A9, on the other hand, should probably not hold their breath; even though there is enough progress to run the update for the HTC 10 through GFXBench, that doesn’t necessarily mean that it’s anywhere near ready for primetime. Given the fact that HTC was willing to very publicly break their promise on updates to focus on the HTC 10, chances are good that work on updates for other devices won’t begin until the HTC 10, at least the unlocked version, is ready to take the update. 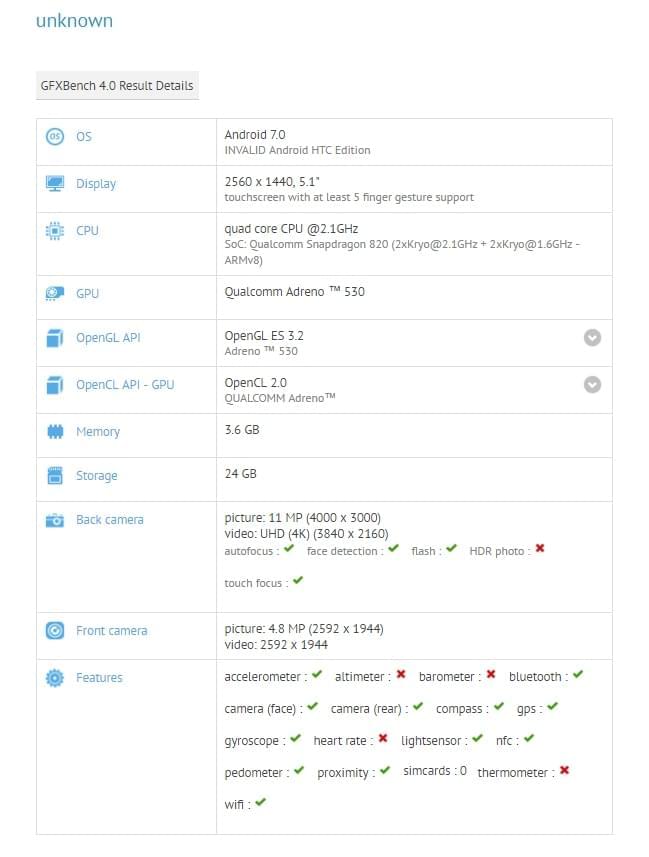