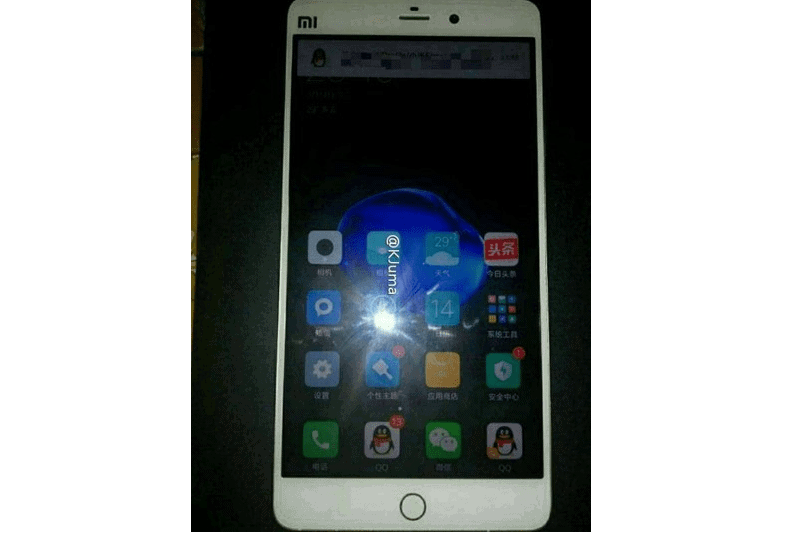 If you take a look at the provided image, you’ll get to see the alleged Xiaomi Mi 5s in the flesh. The company’s logo is placed in the upper left corner of the phone’s body, while there is physical home button present here, as you can see. It seems like Xiaomi decided to ditch the physical home key which is available on the Xiaomi Mi 5, and as you can see, a circle is present below the device’s display. Chances are this circle represents a capacitive home key, and also doubles as an ultrasonic fingerprint scanner, while there are also two capacitive keys next to it. It is also worth mentioning that this home key resembles the one ZTE tends to use in the company’s Nubia line of devices, so that’s why it might look familiar to you. In any case, including this circular home key seems a bit of an odd decision by Xiaomi considering we haven’t seen such a device released from them just yet, and it truly does resemble ZTE’s offerings a bit too much, even some Elephone-branded devices.

Now, this smartphone had popped up on AnTuTu a while back, and according to that listing, the phone will sport a fullHD display, just like the Xiaomi Mi 5. Now, according to rumors, that display will be 5.15-inches big, just like the one utilized on the Xiaomi Mi 5. The phone will be fueled by the Snapdragon 821 64-bit quad-core processor, along with the Adreno 530 GPU. Android 6.0.1 Marshmallow will come pre-installed on the Xiaomi Mi 5s, and on top of it, you’ll get Xiaomi’s Android-based OS, MIUI 8. Take all this info with a grain of salt as none of it has been confirmed just yet.