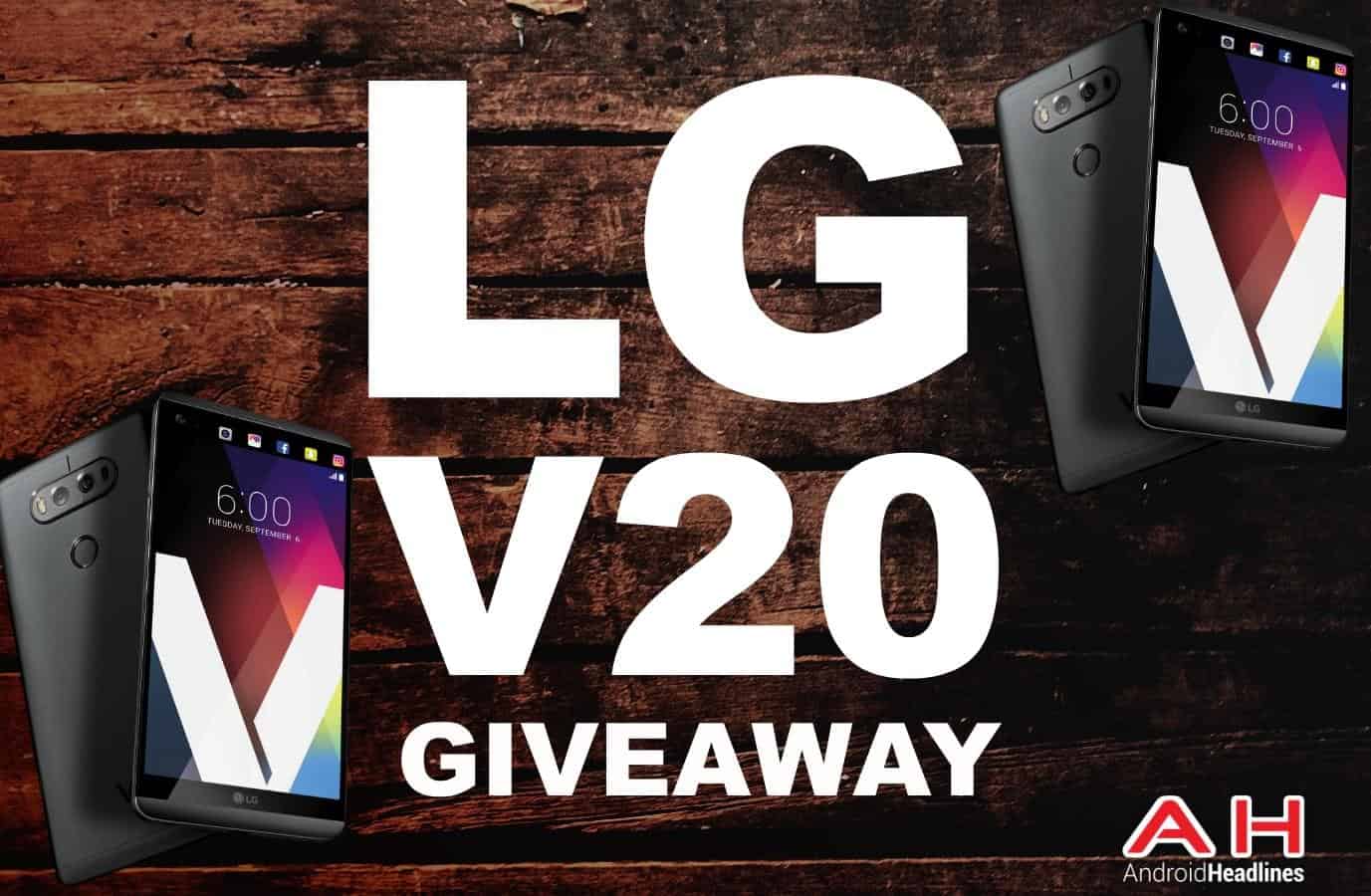 LG has now unveiled and announced its latest flagship smartphone for 2016, the LG V20. This is a smartphone which follows on from last year’s LG V10 and sees a bump in most of the specs, as well as various refinements to its features. As such, this is likely to be one of the most popular smartphones in the second half of 2016. The LG V20 is a smartphone which places added-value at its core. So in addition to the included specs, this is also a smartphone which comes boasting a number of high-end audio features, camera tweaks and of course, a second display. If you want to get your hands on the latest smartphone from LG, then now is your chance to win one for free courtesy of Android Headlines

In terms of the LG V20, this is a smartphone which really does comes packing the specs and features. The display is ideal for viewing video as it is a 5.7-inch display with a 2560 x 1440 resolution, as well as a secondary display with a 1040 x 160 resolution. Inside, the LG V20 comes loaded with 4GB RAM, 64GB internal storage and is powered by the 64-bit Qualcomm Snapdragon 820 quad-core processor. In terms of cameras, you can expect to find a dual camera setup on the back with both a 16-megapixel and 8-megapixel sensor in place. While the front facing camera comes with a 5-megapixel sensor. The LG v20 comes powered by a 3,200 mAh battery and comes running on the very latest version of the Android operating system, Android 7.0 (Nougat) out of the box. As mentioned, the specs are only one side of the equation when it comes to the LG V20, as this really is a feature-packed smartphone and one which is almost purpose-designed for audiophiles.

To be in with a chance of winning a brand new LG V20, all you need to do is take part in the competition widget below. By selecting and completing one of the actions you will be automatically entered into the draw. The good news is that you can complete as many actions as you like. Each action offers a unique number of entries and each entry has the potential to be the winning one. The contest is an international contest and is therefore open to everyone. The contest will close promptly at 11:59 pm on October 13, 2016. So enter now for your chance to win an LG V20 courtesy of Android Headlines.