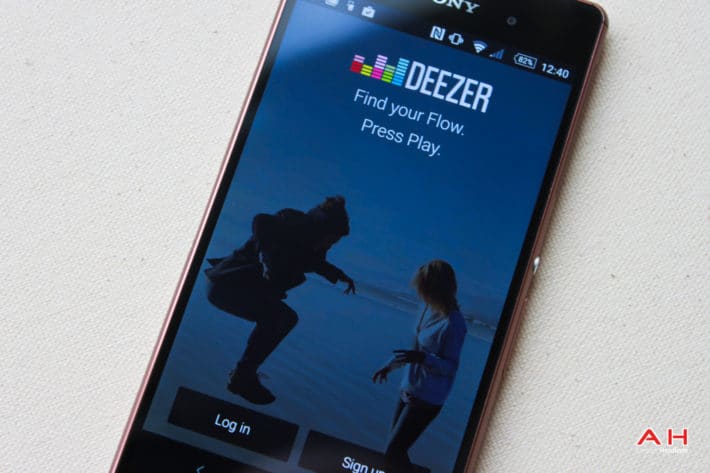 Twitter has today announced a new partnership with French streaming service Deezer. As part of the partnership, Deezer will be the latest company to partner with Twitter for its Audio Cards feature. Audio cards are a feature that was introduced way back in 2014 and are something that is available to Android and iOS users. As part of the feature, users can listen to 30-second snippets of a song, podcast or other types of audio or share audio through their timelines without having to leave the site. Up until today, its partners included Spotify, Rhapsody, SoundCloud and iTunes.

The inclusion of Deezer in Twitter's partner list makes complete sense, as Twitter is always trying to improve their user experience and keep people engaged on the site for the longest amount of time possible. Deezer may not be as well known in the US or around the world, so many may seem the addition of the service as slightly pointless, but in France and in a number of European countries the app is hugely popular and has managed to gain a relatively large user base – though it did finally enter the US market this July.

The streaming service is also not short of cash – it's raised $109.1 million in a fundraising round earlier this year, though this only happened three months after the streaming company cancelled its IPO due to "market conditions," which could have seen it raise over €300 million at a valuation of between €900 million to €1.1 billion. Now, although it's user base doesn't compare with those of Spotify or Apple Music, the company does hold nearly half of the French streaming market and its catalogue of music leaves the likes of Spotify trailing behind. Deezer's catalogue boasts an incredible 40 million tracks, which is nearly 10 million more than Spotify.

The addition of Deezer to Twitter's Audio Cards comes as the company has added promoted stickers to the social media platform in the hope of increasing its revenue from advertising and, more recently, has added read receipts to DM messages, allowing its users to know when somebody has read their private message. As Twitter's shares continue to tumble, it remains to be seen if the addition of increased engagement and extra revenue streams can finally impress investors.