The Lenovo Moto Z is one of the thinnest smartphones around right now. Which makes it pretty lightweight, but also pretty susceptible to getting broken or being damaged. That’s where cases come into play. There are plenty of Moto Z cases available right now, but here are the best cases that you can pick up for your brand new Moto Z. 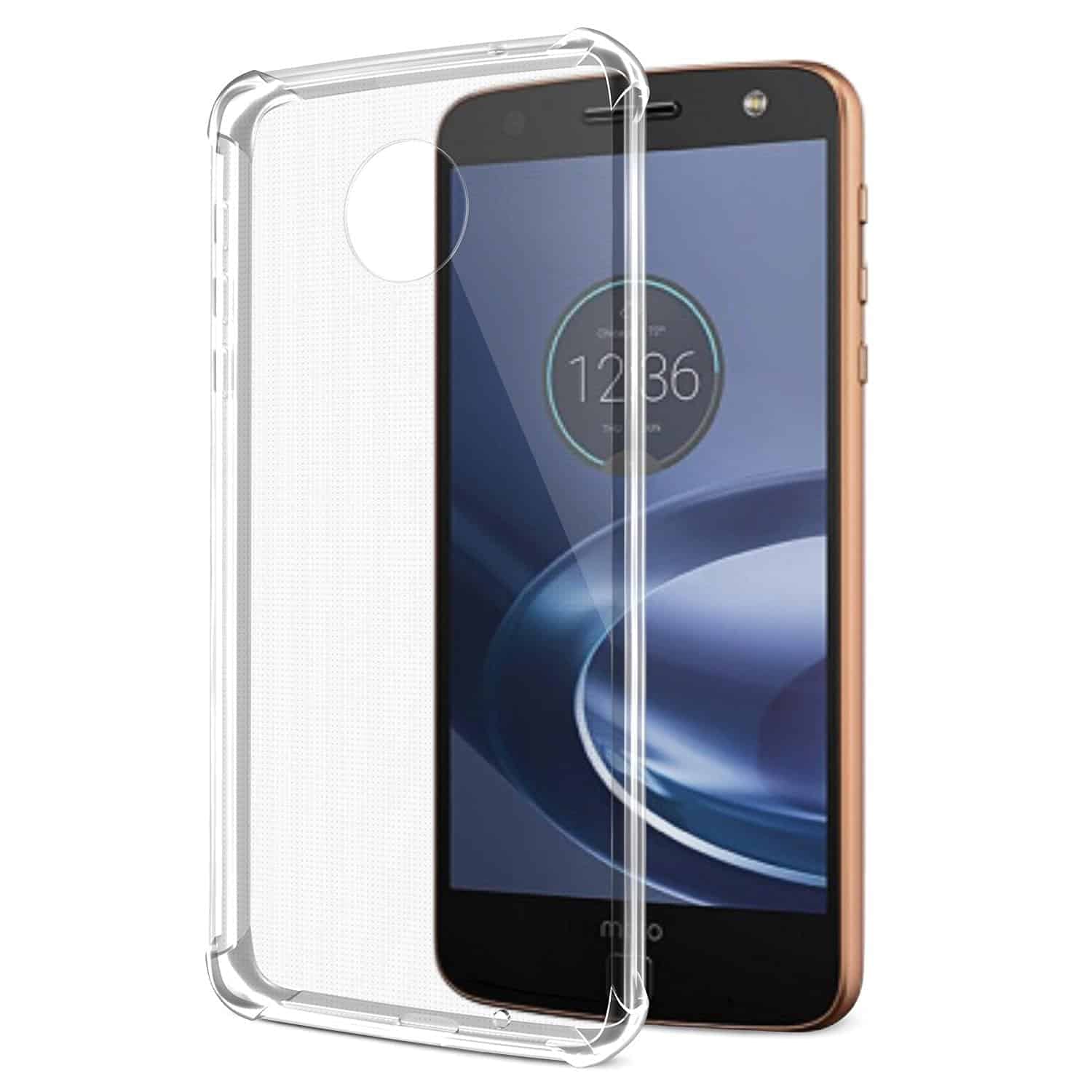 The Moto Z has a pretty unique looking design, and it’s something that many users will likely want to continue to show off as they use the device. That’s where this clear TPU case from Sparin comes into play. It’s a clear case allowing you to still show off the design of the Moto Z, but it also a TPU case which will add some protection to the Moto Z. 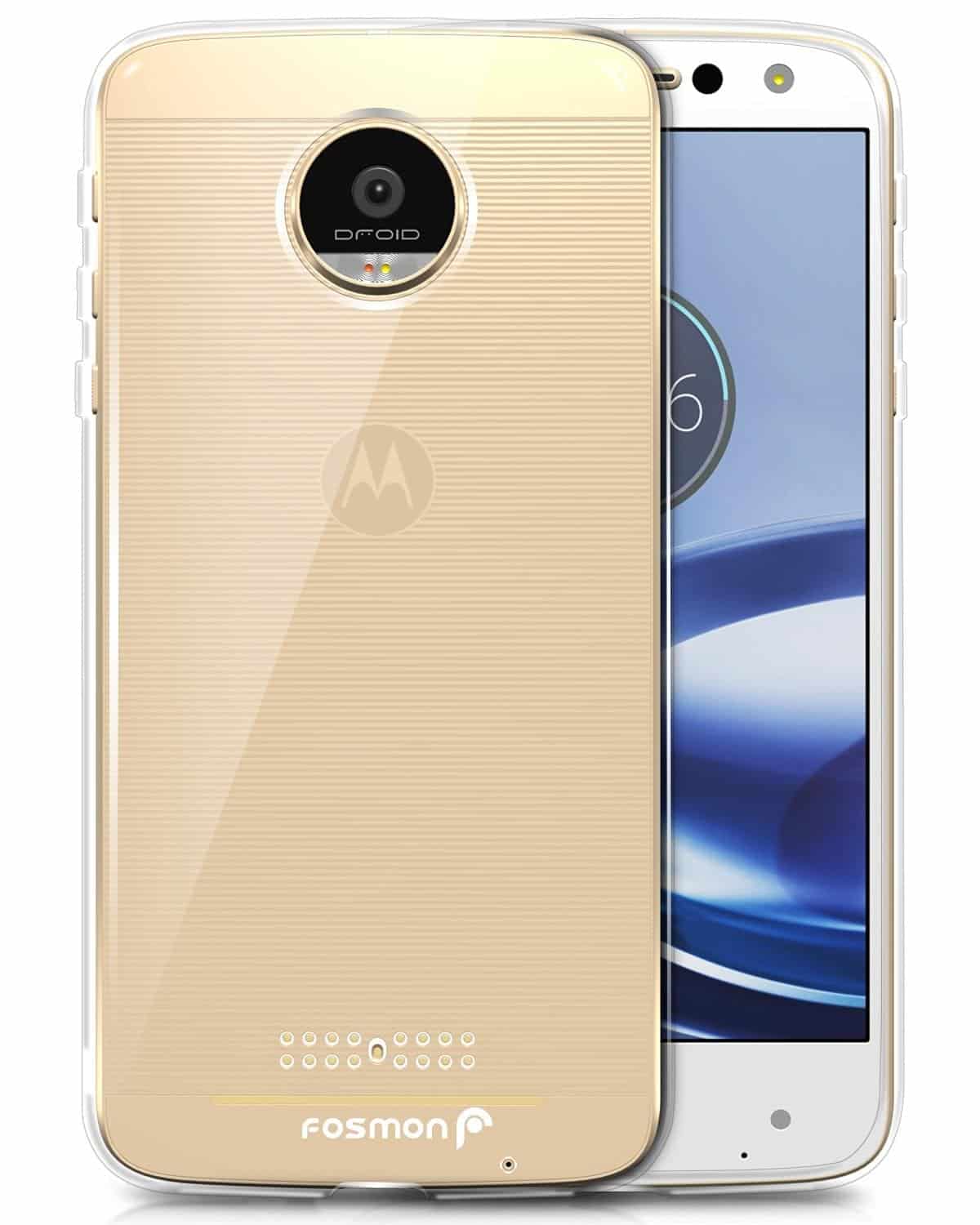 Fosmon has a nice TPU case here as well. This one is a bit more clear, in fact you can’t even tell that it is actually on the Moto Z. Unlike the Sparin model above which has a bit of a pattern on the back. This is an ultra-slim TPU case for the Moto Z, but it does also still sport some protection for your smartphone. So that you can use it without worrying about breaking your smartphone. 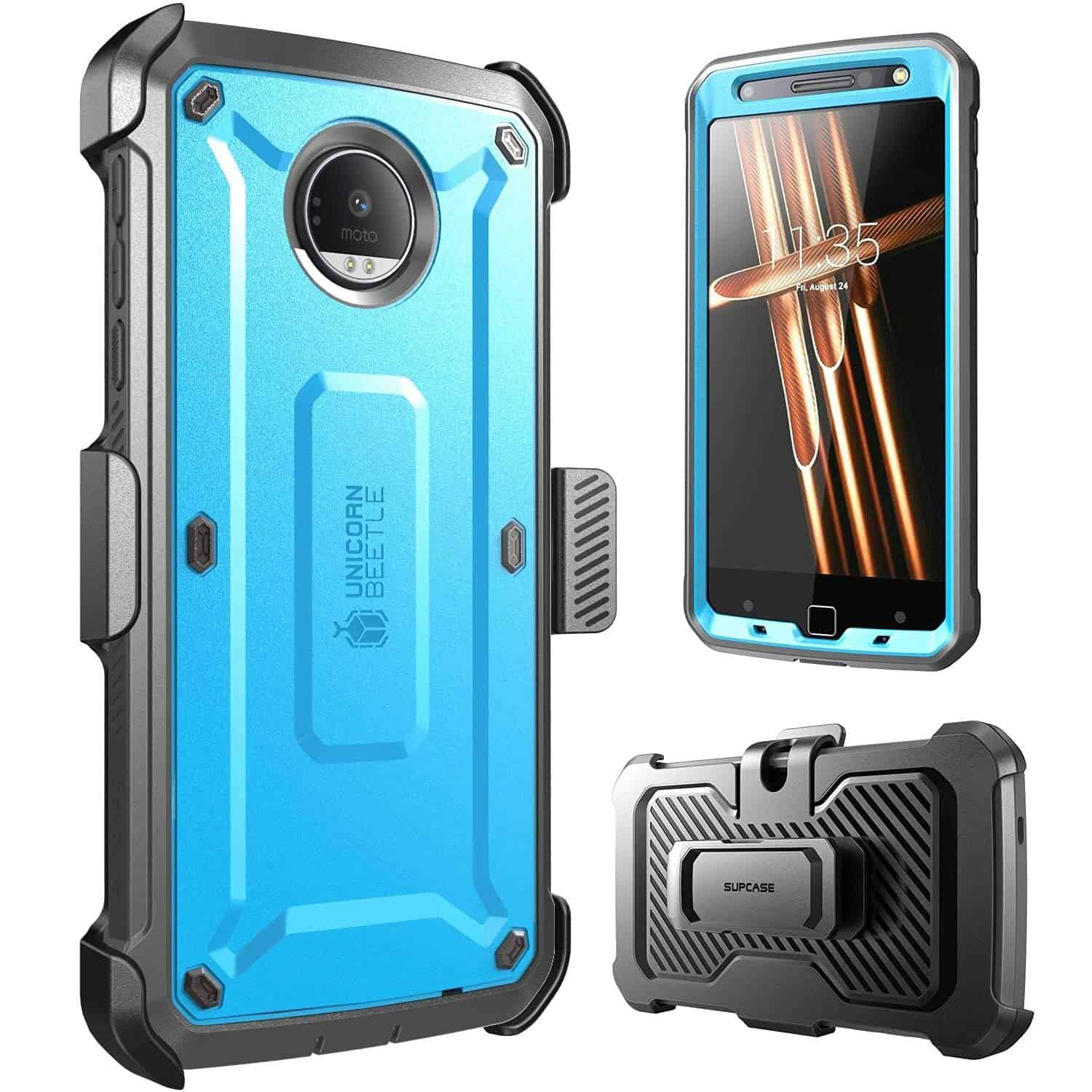 If you’re a bit on the clumsy side, then this Supcase Full-body Rugged Holster Case is the one for you. It will protect every angle of the Moto Z and even includes a built-in screen protector. Now it won’t make the screen shatterproof – that’s left for the Moto Z Force – but it will add some much needed protection to the Moto Z. 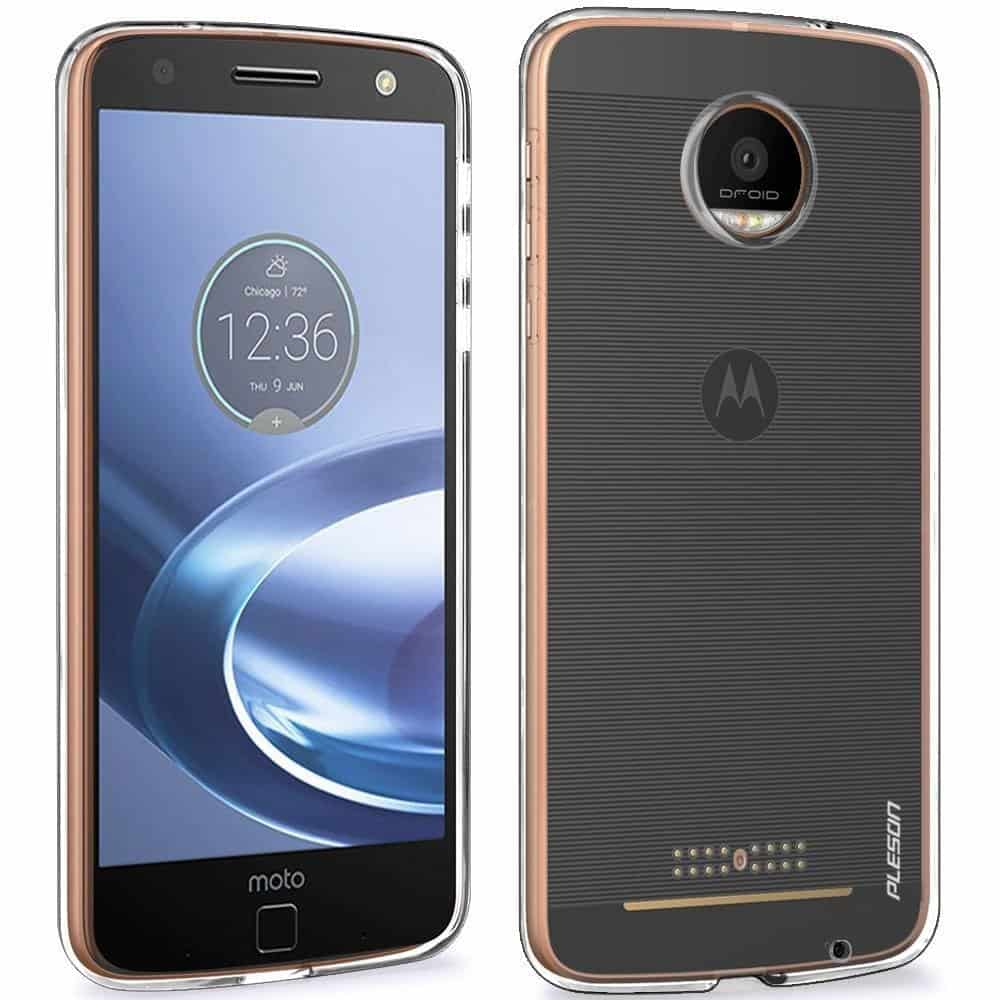 Another TPU option here for those that want a thin case for your Moto Z. Since this is a TPU case, the case isn’t going to add all that much heft to the device. Meaning that you’ll be able to use this case without having to make your phone all that much bigger. Since the Moto Z is already pretty thin on its own, this will keep it nice and thin. 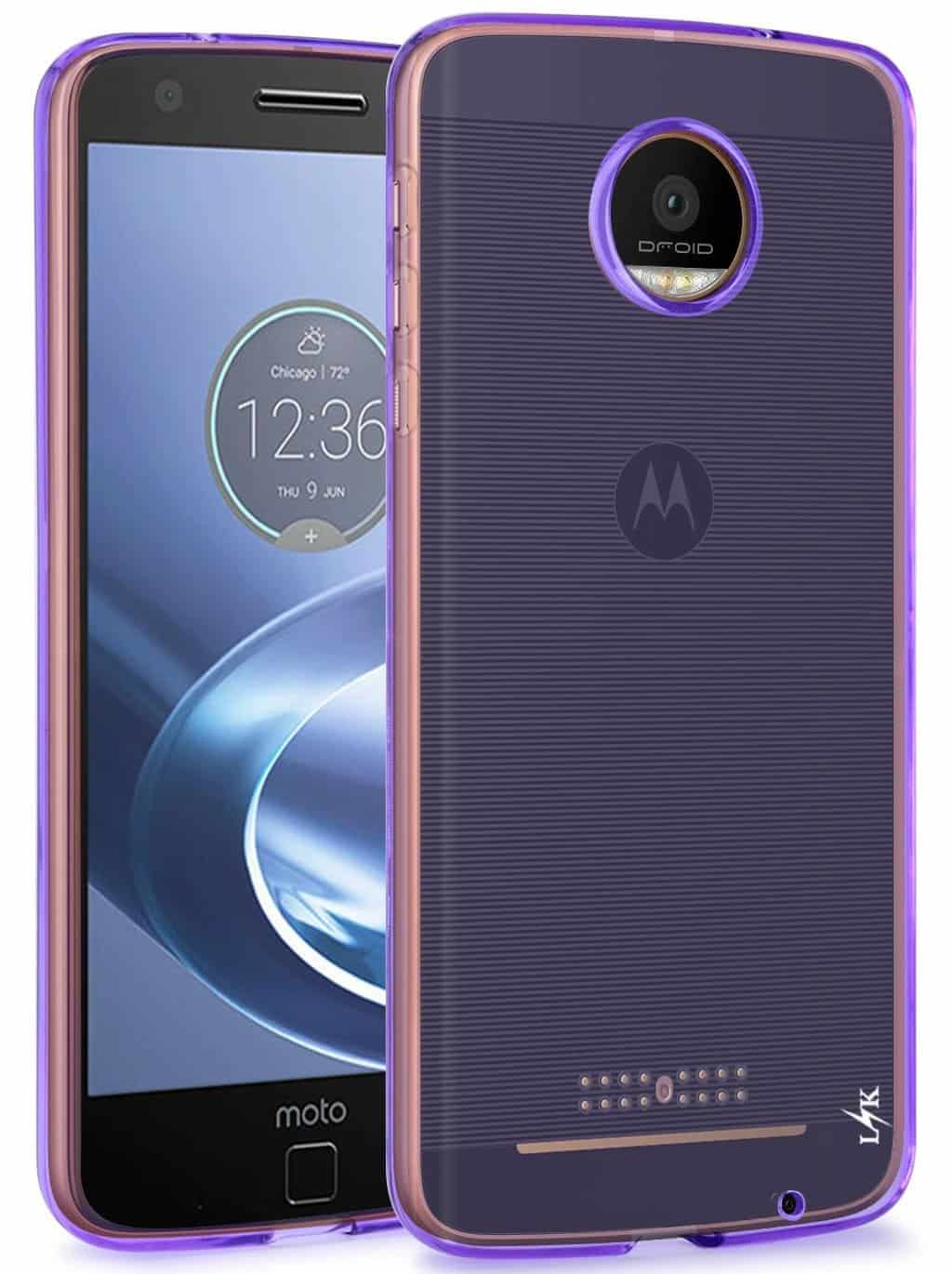 If you want a TPU case with some color, then look no further than this case from LK. It’s available in mint, purple, pink, black and of course clear. The black looks really nice on the back of the Moto Z. Making the device – even with the gold accents – look pretty sleek. Now of course, Moto Mods won’t work with this case on the back of the Moto Z, unfortunately. So you will need to remove it if you wish to use one. 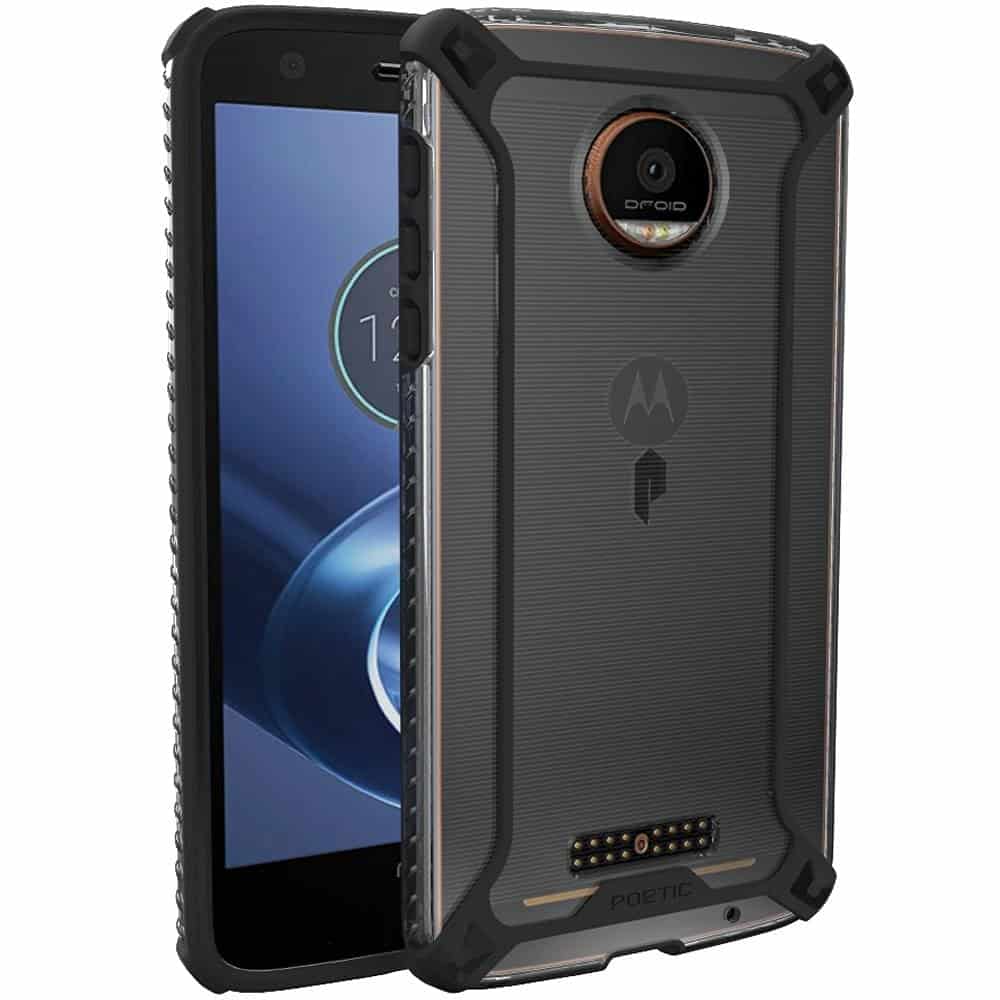 Poetic has also brought their Affinity Series of cases on over to the Moto Z (like others on this list, this is compatible with the DROID and regular editions of the Moto Z). This may not be the prettiest case available for the Moto Z, but it is definitely one of the better ones for protecting your smartphone. It’s available in a few colors as well. 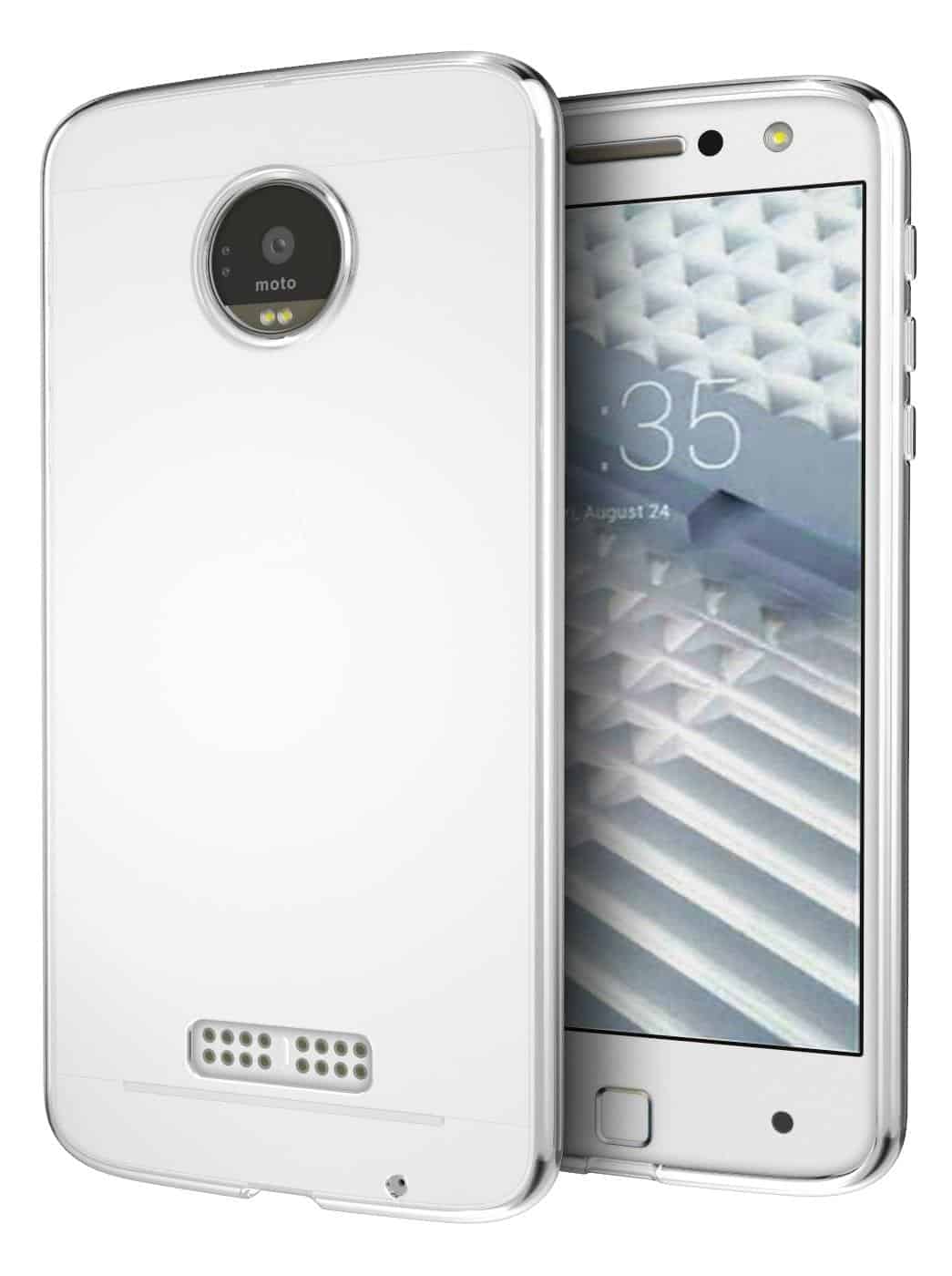 This protective cover does just what it’s name hints at. And that is to protect your Moto Z, although it does have a pretty minimal footprint. This is great as it doesn’t make your Moto Z that bulky, while still protecting your precious smartphone. The Cimo protective cover is available in clear as well as other colors.