For our friends and readers across the pond, the footie season has been running for the better part of a month now, and while there seems to be some upset at the top right now, this could prove to be an interesting season ahead. Now that the footie is back on the telly, it’s likely that our readers have gotten the itch to play some football of their own while on the move. If that’s the case, then this Top 10 has a wide selection of different games for our Premier League fans, and should have a little something for everyone. 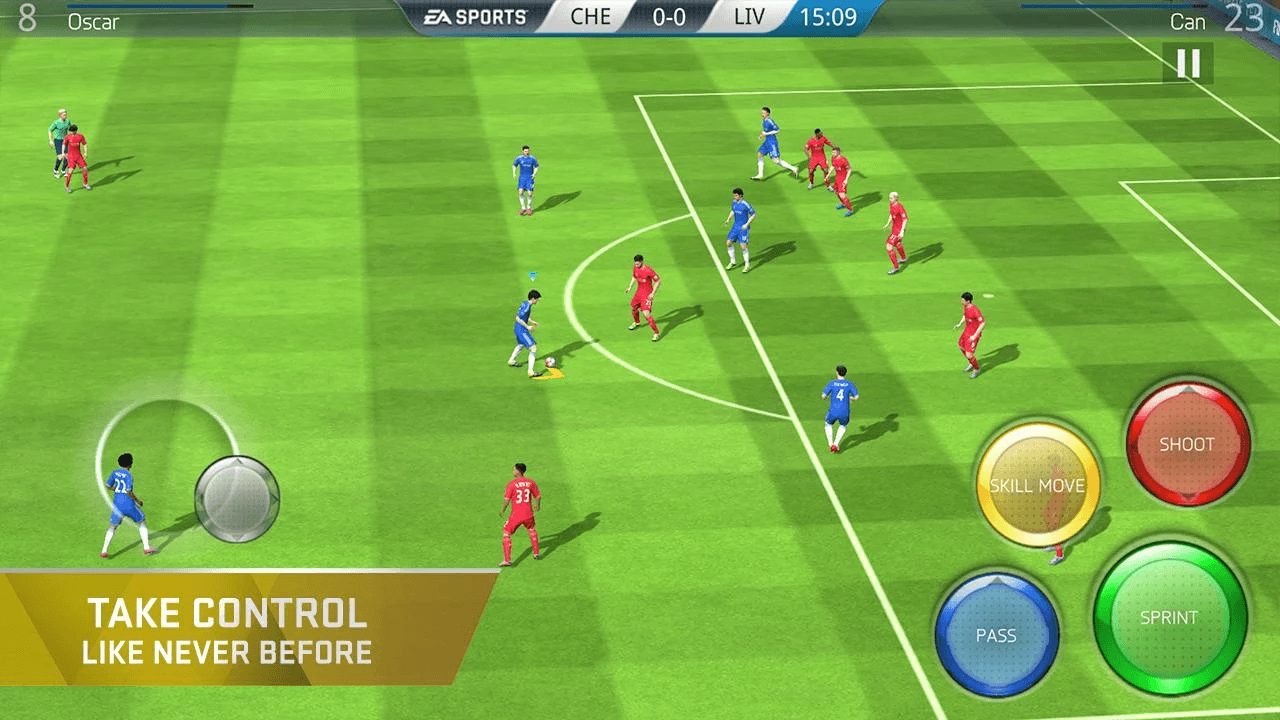 It’s the classic, isn’t it? Football fans – sorry, Soccer fans – have been playing FIFA Football for years now. While the ideal situation is at home with a few mates around the PlayStation or Xbox, we don’t get that luxury at work and we often need some entertainment during our lengthy commutes to and from home. For those that are looking for a game on Android that has a lot of action involved, FIFA 16 Football is the game for you, and while the mobile version isn’t as in-depth as the console version it still plays brilliantly. 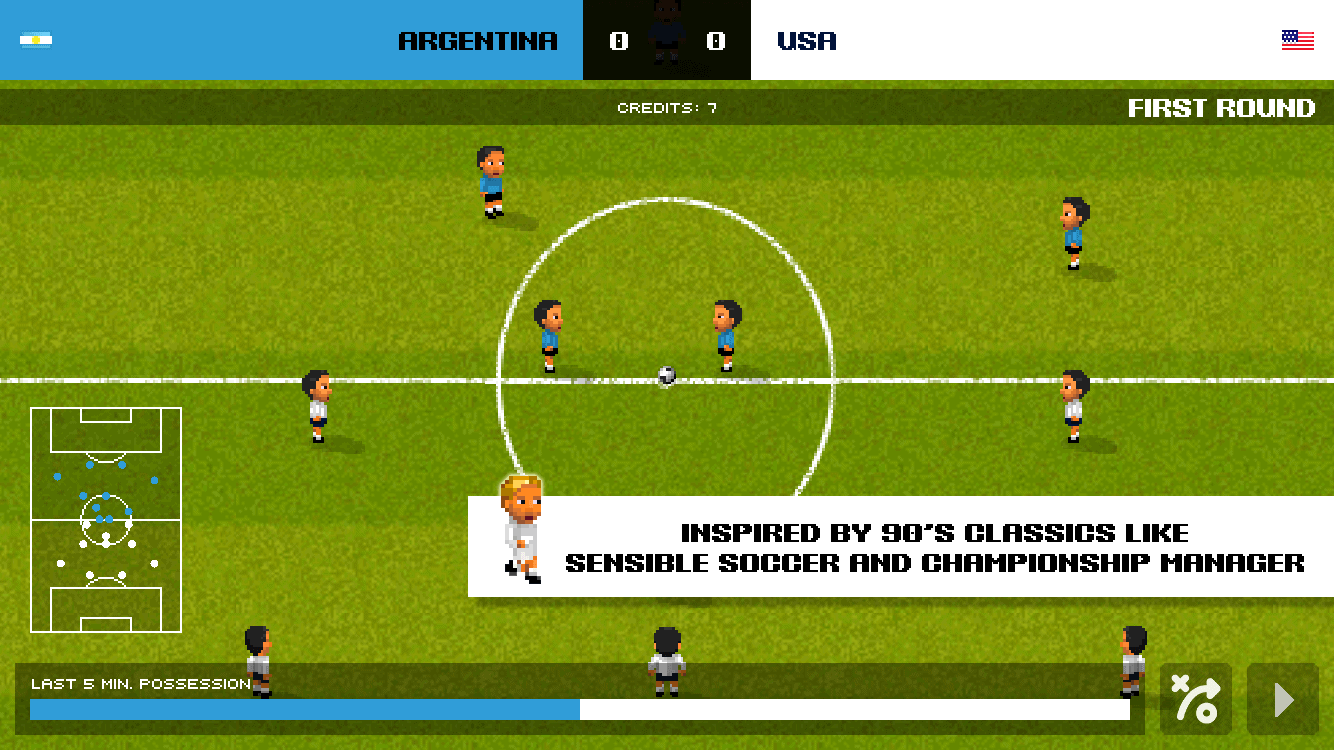 If you remember Sensible Soccer, and other early football games on pre-PlayStation hardware, then this is the game that will bring it all back for you. With charming retro graphics, oodles of color and great gameplay, it’s no wonder this is a game that’s so well-liked. It’s perhaps more style than it is substance, but when the game brings back so many memories like this, that’s totally forgivable. World Soccer Challenge has been updated with modern swipe controls that should appeal to casual gamers and you can even go back through time to take on teams such as West Germany and the Soviet Union in tournaments dating back all the way to 1986. 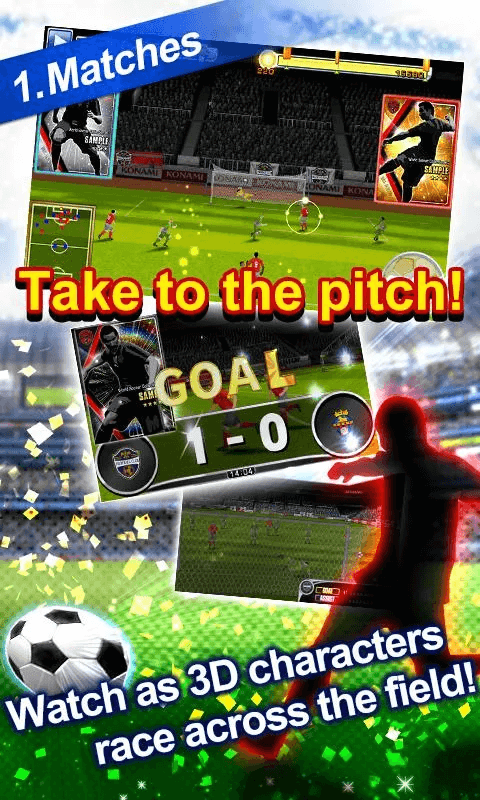 This is a game that seems to blend together the classic sticker collecting days of old as well as the more-popular-than-ever fantasy soccer side of things. With the ability to collect all of your favorite players and then take them on to the pitch to train up your ultimate team, PES COLLECTION is a strange game that only Konami could have come up with. It’s something that should appeal to younger players as well as those that aren’t interesting in getting hand cramp from playing FIFA on their smartphones. 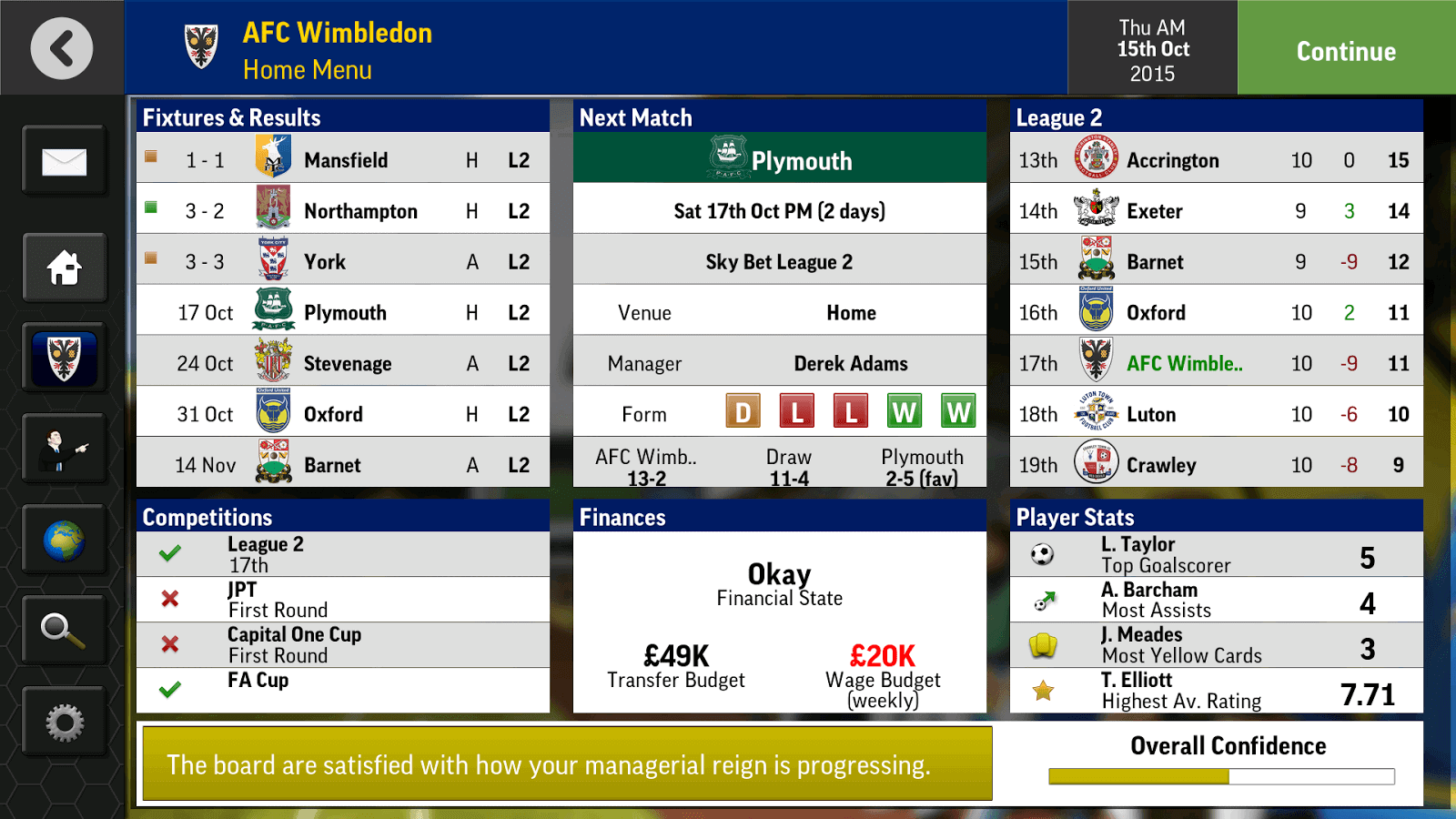 There’s no need to load up a CD with this version of Football Manager, although it does cost more than your average Android game does, that’s for sure. This is the classic that many of you know and love, and it’s something that I’m sure a lot of people out there will really enjoy looking into for the first time, too. Football Manager has always been the game for those that think they can do better than the boss of their beloved club, and if that’s the case, then Football Manager gives you an opportunity to prove it. It’s also simple enough to get away with playing in meetings or at work, too… 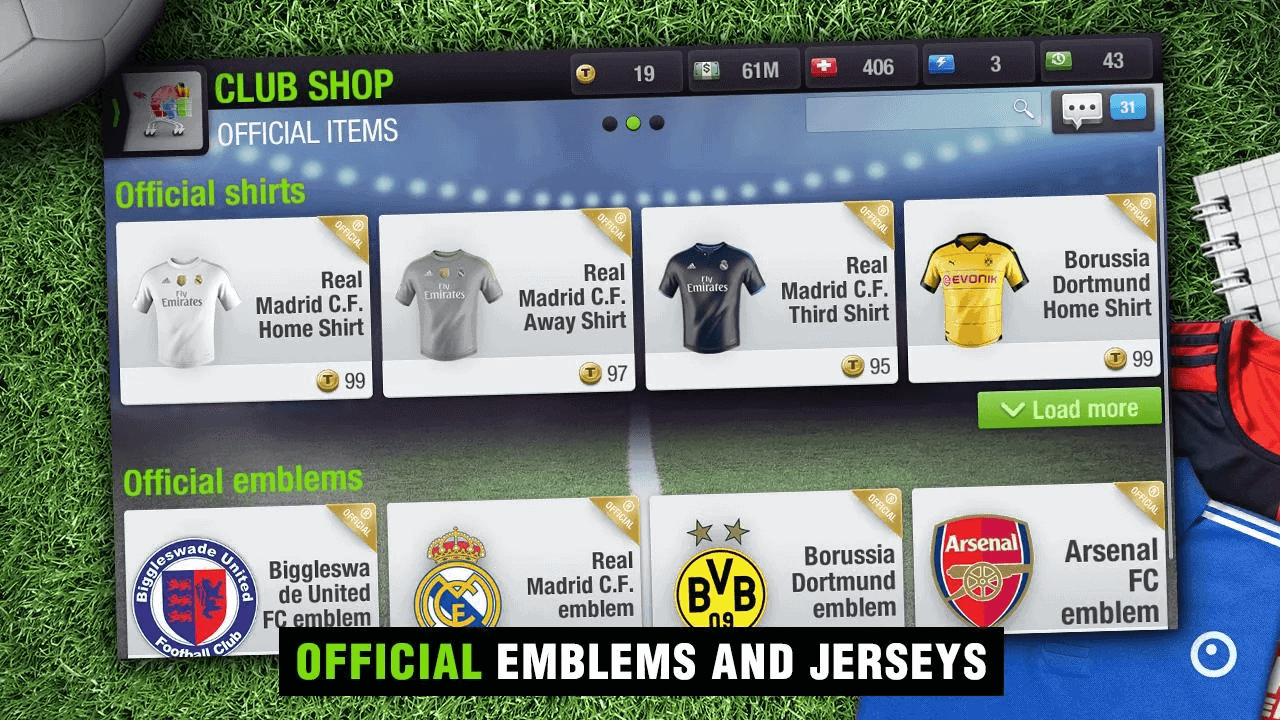 Along the same sort of lines, Top Eleven is a similar game to Football Manager as well as Championship Manager, but it has officially licensed team names and players. This is the modern game for those that miss Football Manager and other games, but also want something new and exciting. It’s a fun game that’s free to download, and has a lot on offer for those looking for something fresh and new. It has all sorts of different training modes and players can even developer their stadium into a sight to behold, too. 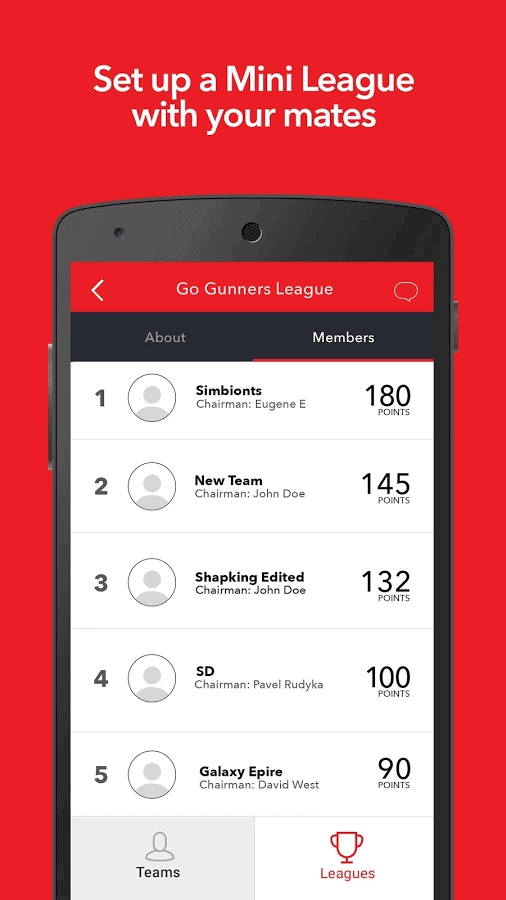 This is one for the transfer window fanatics, a game that will help fans live and breathe the fun that is spending imaginary money on people to run around an imaginary pitch. All joking aside, the Sun have made an accessible Fantasy Football game for players in the UK that’s simple to understand and great fun with the lads from the pub. It’s free to download and use as well, but it might end up being too basic for fans of the already-established Fantasy Football games out there. 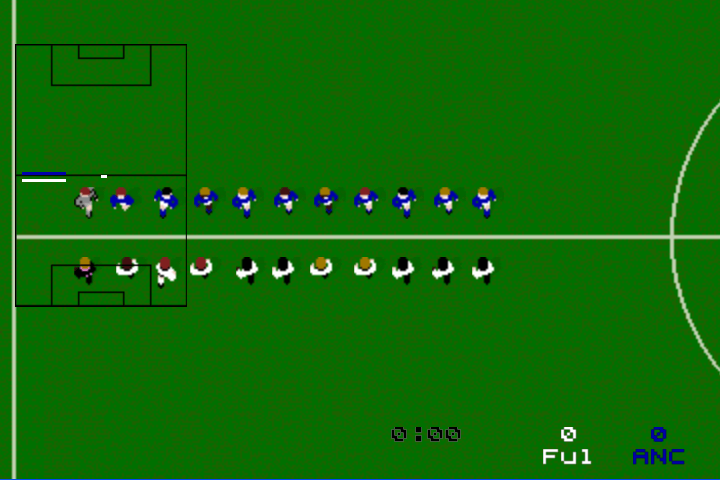 If World Soccer Challenge isn’t quite retro enough for you, Soccer Player manager 2016 should be able to help. With graphics that look like they’ve been stolen from your beloved Commodore 64, this is a game that lets you play as one single player on the pitch, while also calling the shots off the pitch as well. Instead of being wrapped up in the money and the signings however, this is a game that’s all about the beautiful game itself and The Soccer Player Manager 2016 is one hell of a mobile title to consider if you miss proper footie games. 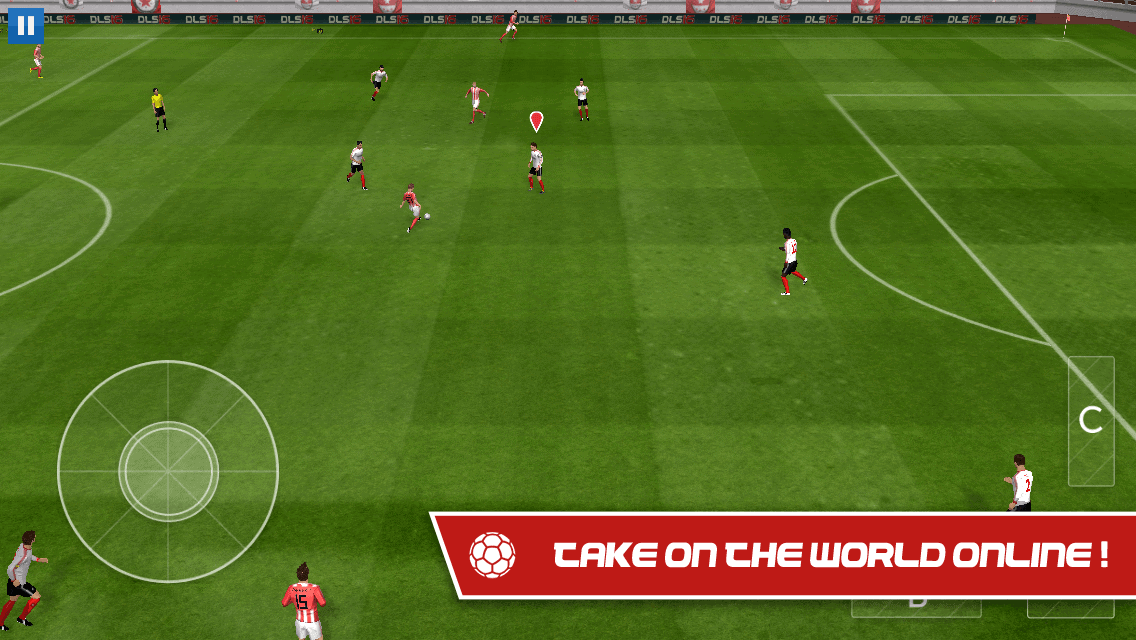 If Soccer Player Manager 2016 is the game that wants to bring the good old gaming days of old, then Dream League Soccer 2016 is the game that wants to appeal to the future and show off what our smartphones are really capable of these days. With some excellent graphics and a feature set that rivals FIFA 16 on Android, this is one of the best Football games that’s available on Android right now. It’s got 2.5 Million reviews and a near five-star rating, it might have a few bugs here and there, but this is one of the best games for footie fans on Android right now. 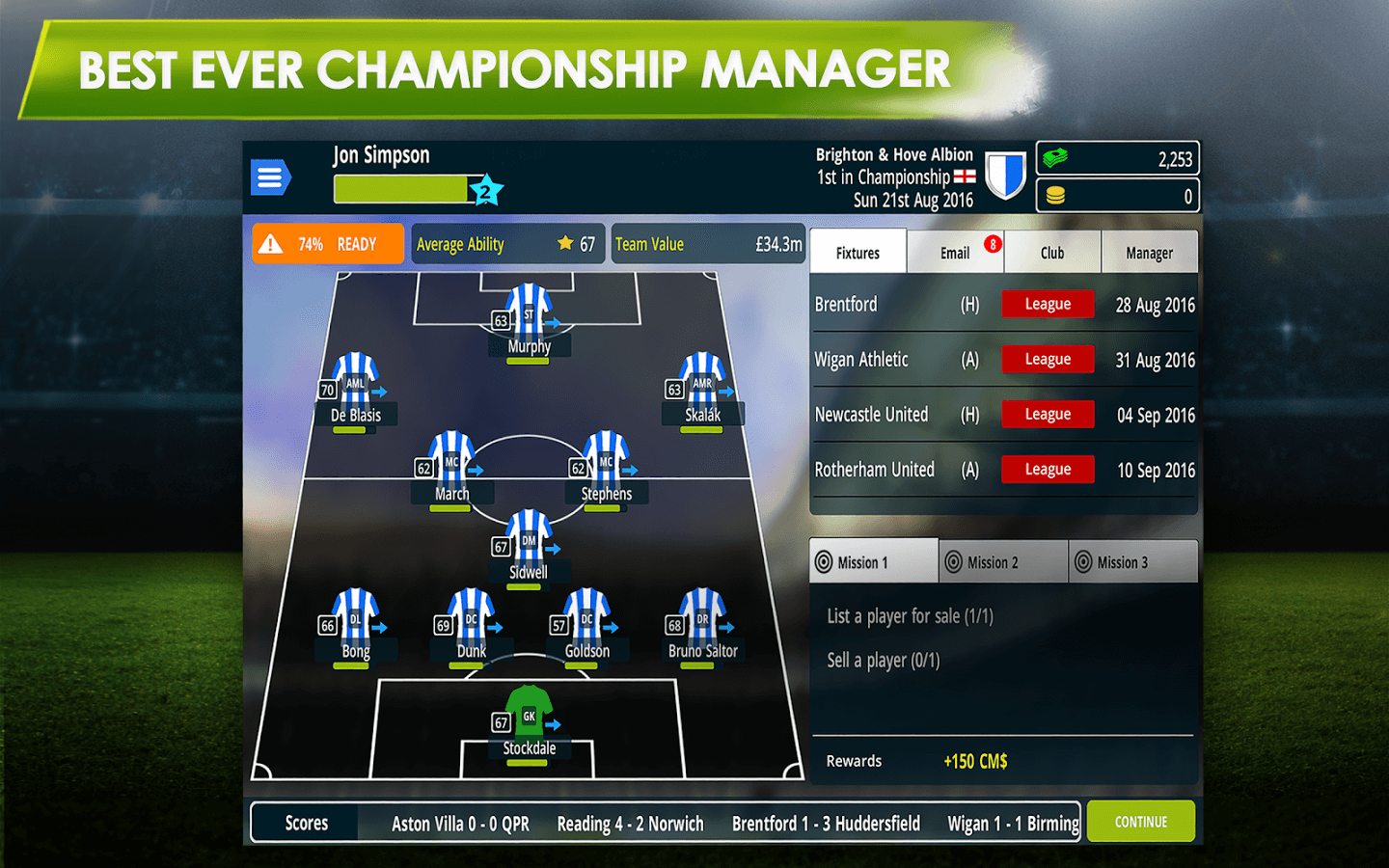 Another absolute classic, Square-Enix have tried their best to make sure this is one of the best Championship Manager games that they’ve ever shipped. With 15 countries available with 450 different teams, great visuals and fully-licensed teams, Champ Man is better than ever on Android. While not the most exciting of games for those that are used to playing FIFA and PES, it has its ups as well as its downs, and fans will forever fight it out over which is better, this, or Football Manager. Either way, downloading this is almost a rite of passage for footie fans at this point. 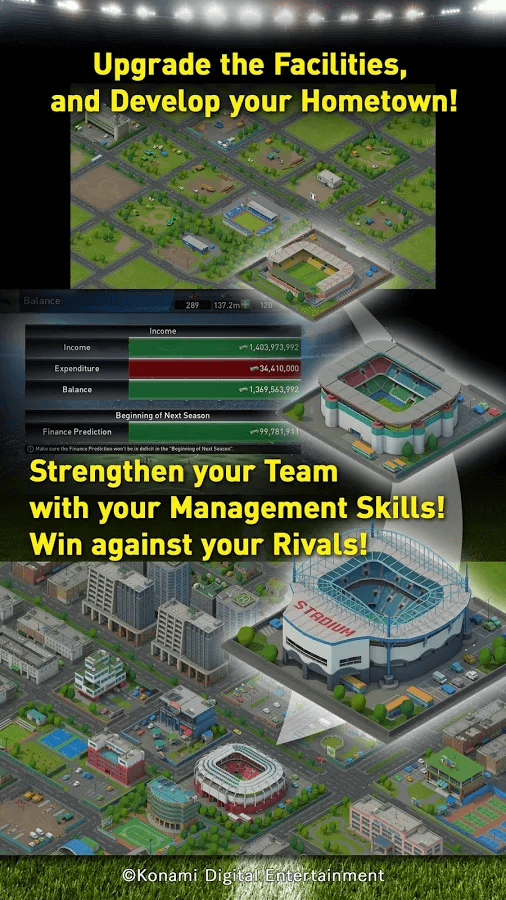 What might end up coming across as a confusing rabble of all kinds of different game styles for some, PES Club Manager might be the dream game for a lot of other fans. With a mix of the classic gameplay from the usual football manager games, as well as a hint of SimCity, a dash of proper PES action and more, this is a game that will appeal to all kinds of footie fans and if nothing else, its fully-licensed teams and players will help ease you into a new type of game.