NFL seasons is here, and whether you’re a super fan who has been representing their team for years on end or you simply enjoy the game, there are more ways to enjoy the sport, especially during those times when there are no NFL games to watch. The good news is that there are a number of different NFL and football games on Android and we have picked a list of 10 of them here for you to check out. 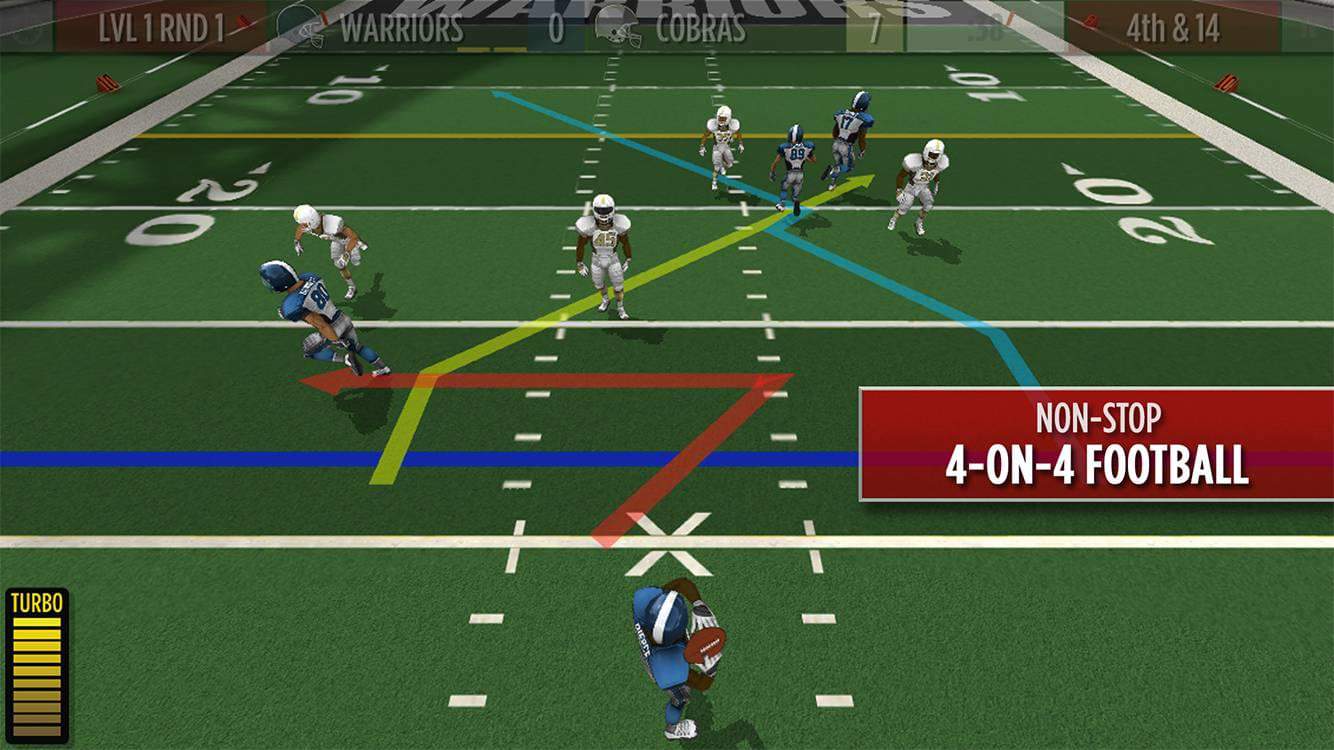 Starting off this list is GameTime Football 2, which features some 3D graphics that are decent, but the real magic is how simple this game is to play making it a great fit for mobile devices. Matches are also quick making it easy to play during a morning commute. 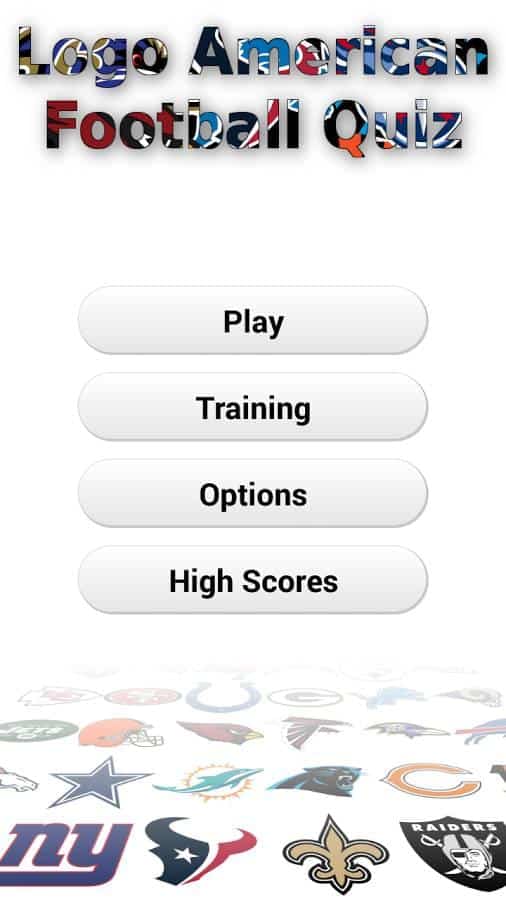 If you like your trivia and your Football, then this game is for you. The popular opinion is that this game is a bit easy, but if you’re trying to learn the teams this can be a great way to do so. As this is just a trivia game there are no complex controls, simply tap to answer and move to the next question. You can also start off with a training mode. 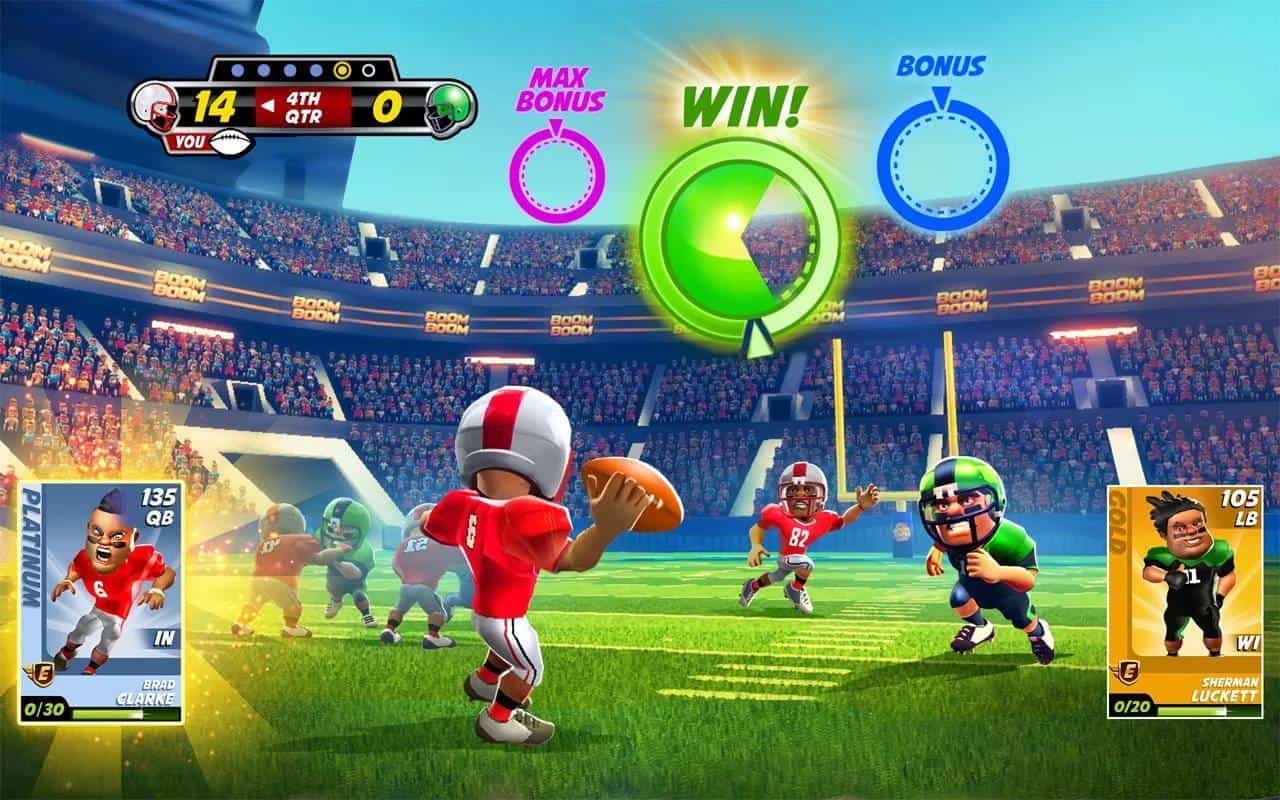 If you want something a little less serious and complex but still want some control over what happens on the field, Boom Boom Football from Hothead Games is a nice option. You build your team by collecting player cards and as you progress you can evolve your players for better results during games. While you can play single player, there is also an option to play against other players, and like all of the games on this list, Boom Boom Football is free. 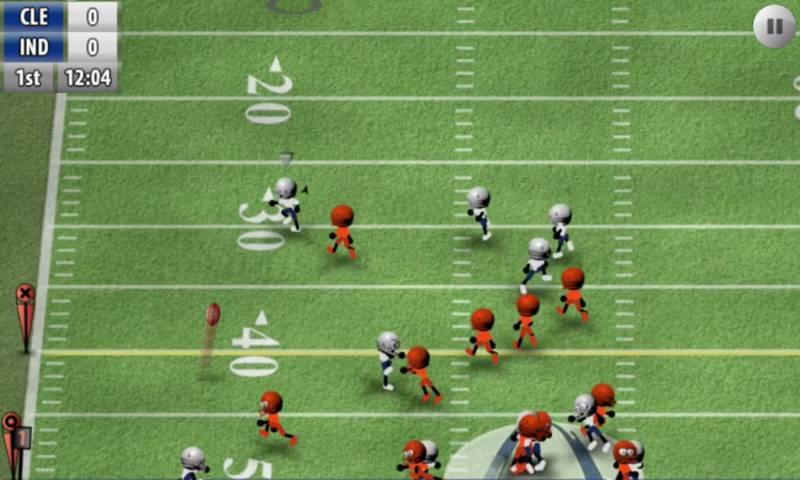 It may not seem like it at first, but Stickman Football actually offers quite a few features. You can control your players fully instead of just selecting plays, and you can either play a quick tutorial to get the hang of things or dive right in to one of the various season modes like Long Season, The Bowl, and more. There are also multiple difficulty levels so anyone from beginners to seasoned players can get in on the action. 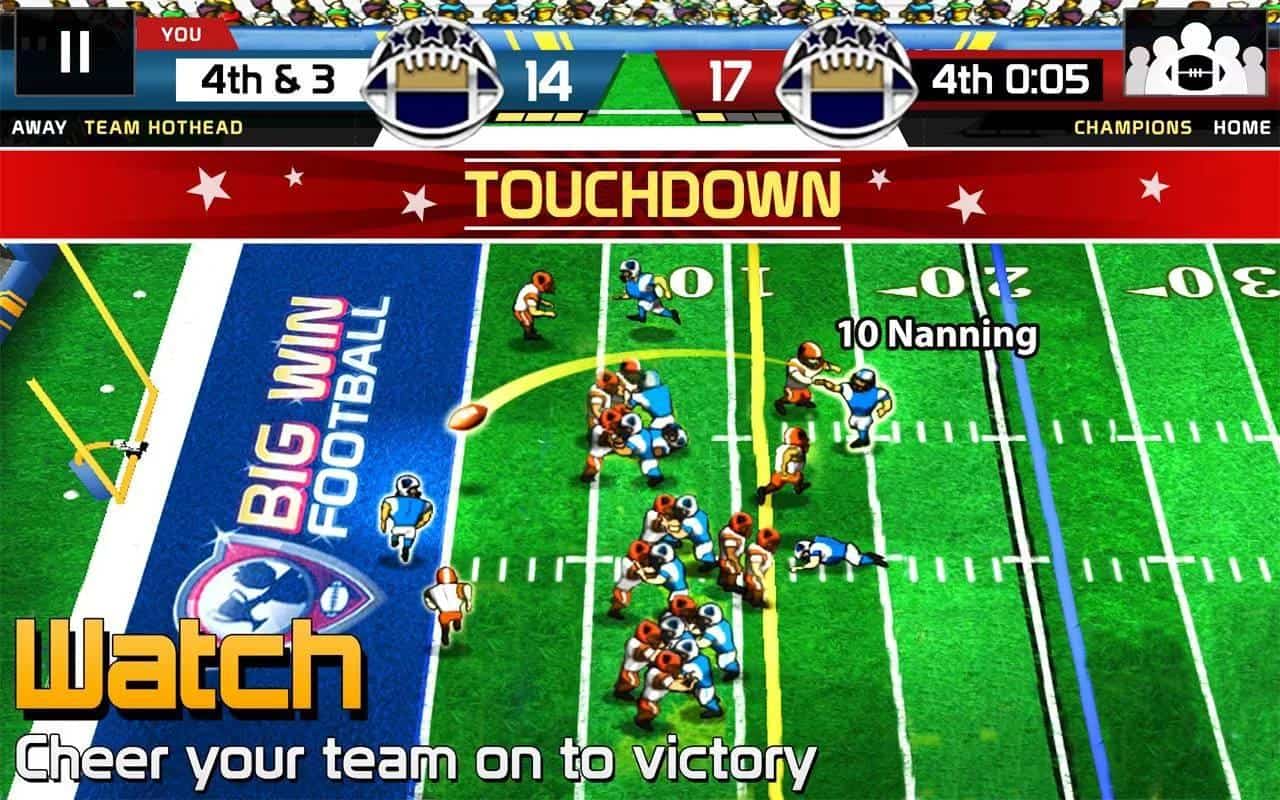 If you prefer to stand on the sidelines, Big Win Football 2016 lets you play out the content as the General Manager instead of the players on the field. You can build your team, create and select plays, and then watch the games play out as a spectator after putting things together. 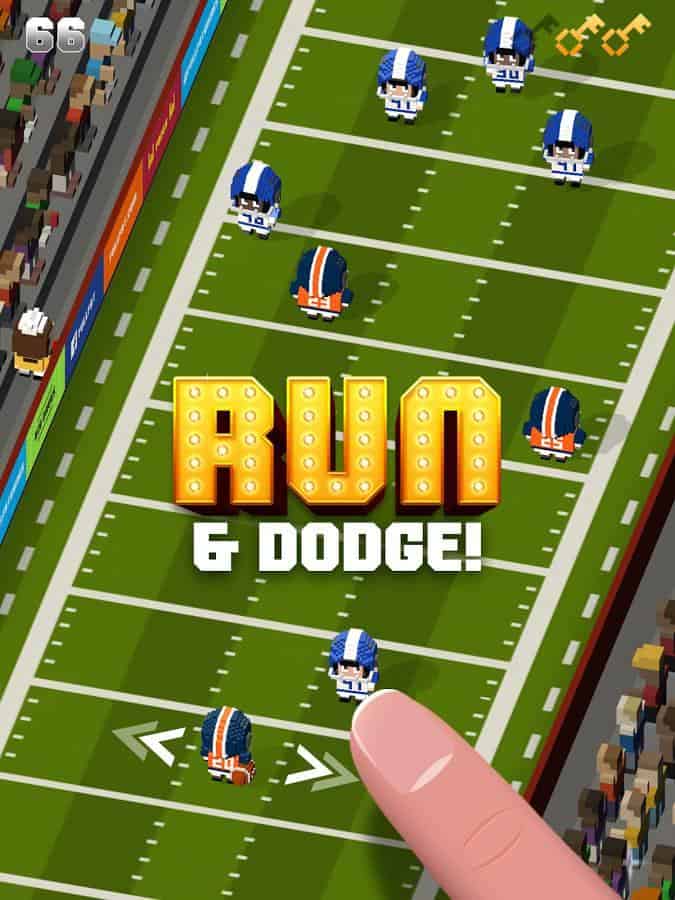 If you prefer your football with a little more retro feel, the blocky, pixelated graphics in Blocky Football are here to help. Controls are super simple as all you need to do is tap the sides to dodge oncoming players with a goal of reaching the endzone. The game also features plenty of playable characters to unlock. 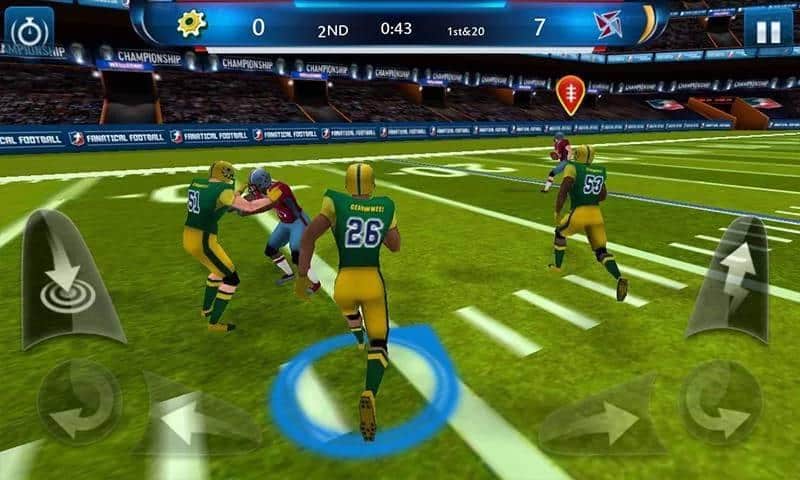 This is another option for those that want something with a little more control over the players. It has some pretty rich 3D visuals and a series of various controls allowing you to command your players. It also offers two game modes which include a championship mode or a quick game mode if you have a little bit less time. 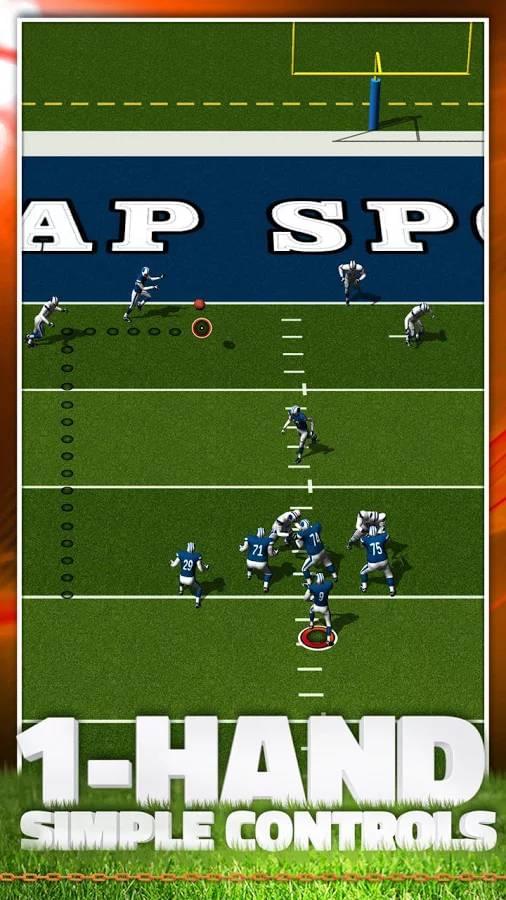 Tap Sports Football is another football game which is fairly easy to pick up and play thanks to the controls. The game also features real teams and real players as it’s based on the NFL, and if you like things social you can link your Facebook account to play against your friends. In addition there are also competitions and events to look out for. 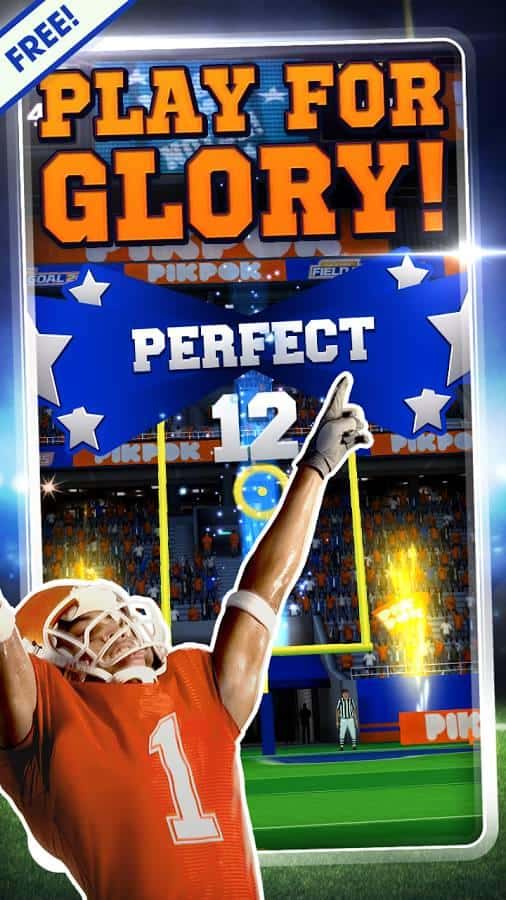 Following Tap Sports Football, Flick Kick Football is all about offering players an easy to pick up experience. The difference here is that Flick Kick is focused on you kicking the field goals rather than managing and controlling all players. There are themed balls to unlock which can be selected from the locker room, and you’ll be able to play for a wide selection of teams consisting of different cities and colleges. 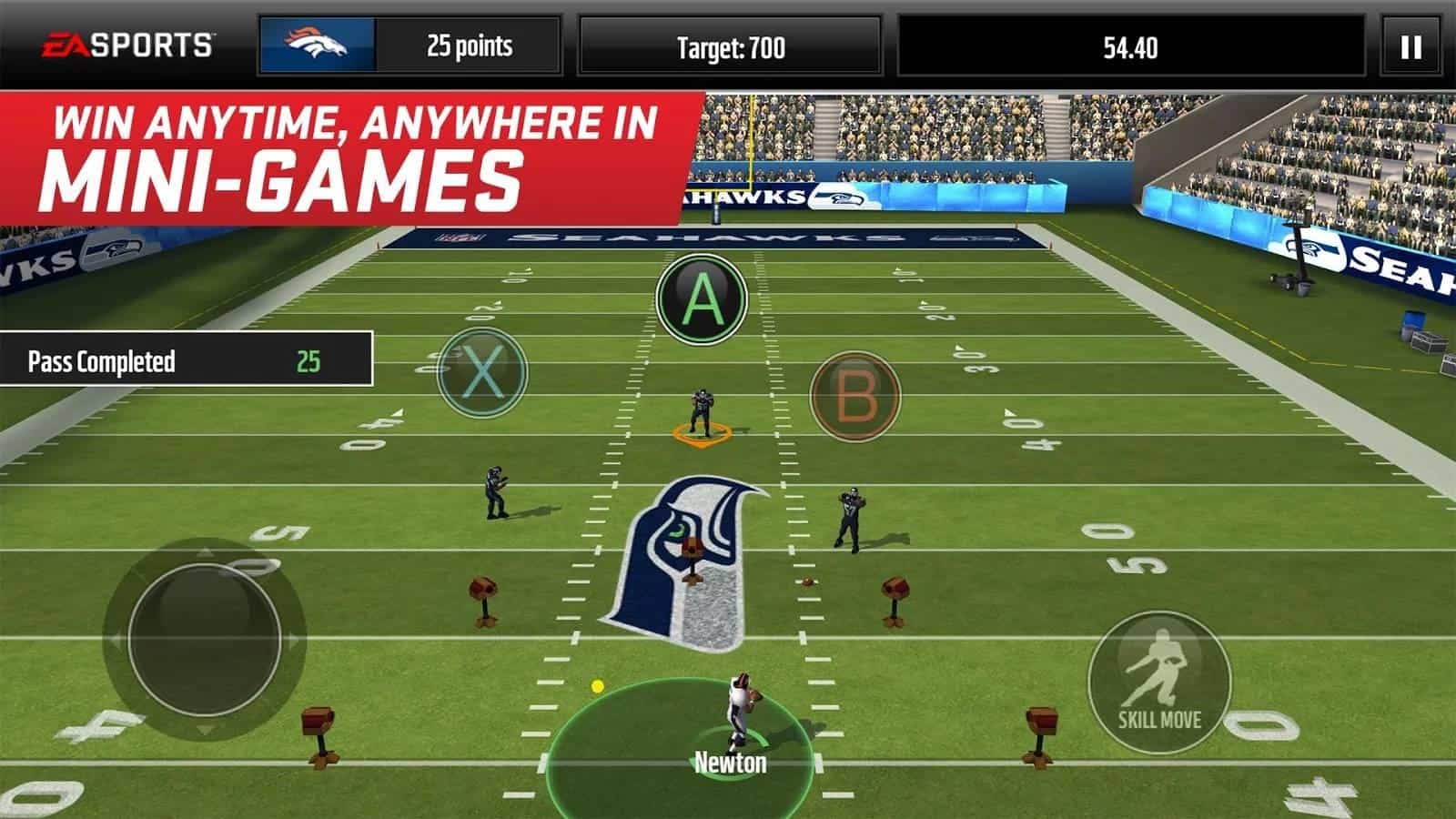 Hands down there is no denying that Madden NFL Mobile is the most robust football game on Android, and if you’re a super fan who is looking for a realistic experience while you play, this is it. It has plenty of the features you’ll find in the regular console Madden games like team building and different modes, and beyond playing games across a full season you can also play quick matches, compete against friends, and connect up to the NFL in new ways with daily live events.