Our busy schedules don’t really allow us to relax during the work week, and it can be really hard to remember what you need to do during the day. Well, that’s where to-do lists come in handy, you can compile a list of things you need to do, no matter whether it’s on a personal or a business level, and simply cross them off the list once you’re done. You can do this on a sheet of paper, of course, but nowadays pretty much everyone carries a smartphone around, and there are tons of nice to-do list apps available out there that can help you with such tasks. That being said, we’re here to take a look at the top 10 best to-do list apps, do keep in mind that these are just our picks, there are tons of such apps available in the Google Play Store. Before we begin, it’s also worth noting that these apps are not listed in any particular order. That’s pretty much it, let’s get to it. 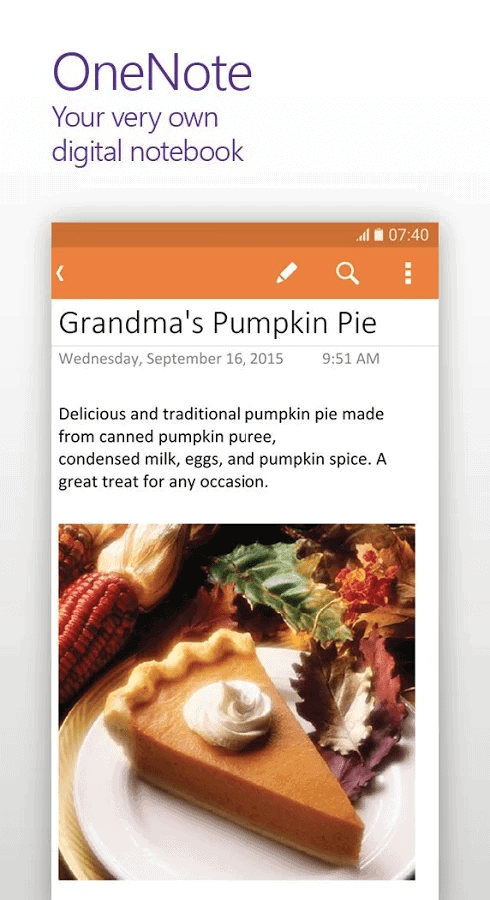 OneNote is an app you’re quite familiar with if you’re a part of Microsoft’s app ecosystem. This service is widely used by Windows OS users, and it’s actually quite good, and the app available on Android is not bad either, quite on the contrary. OneNote is actually a lot more than just a to-do app, it has tons of options, though do keep in mind you’ll need a Microsoft account if you intend to use it. Also, users have been reporting some bugs lately, though Microsoft will hopefully fix those soon. 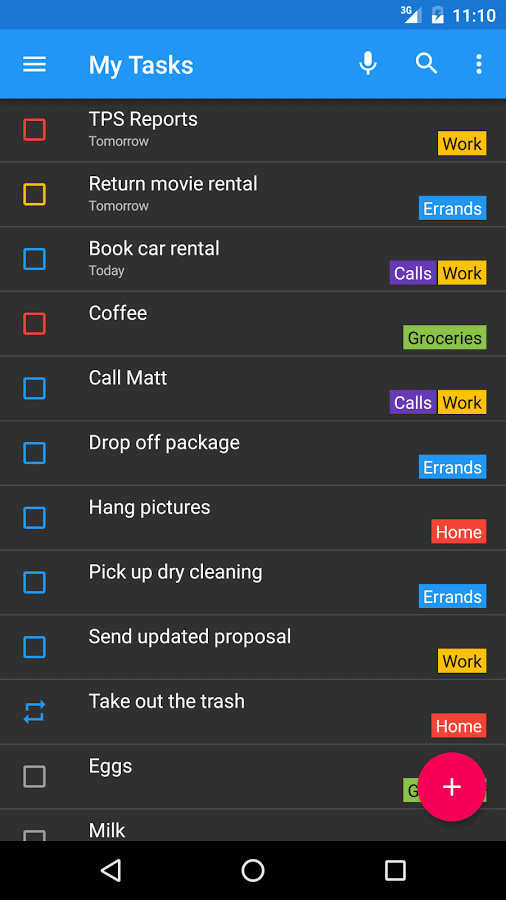 As some of you might know, Astrid was once one of the best to-do list apps out there, but Yahoo removed it back in 2013. Well, luckily for those of you who liked Astrid, there’s an Astrid clone available out there, and it’s called ‘Tasks: Astrid To-Do List Clone’. This is an open source task management software based on Astrid, and it has tons of options when it comes to managing your to-do tasks, and it also includes a calendar integration and what not. This can be a really colorful app if you decide to use it as such, and it’s definitely one of the best ones out there. 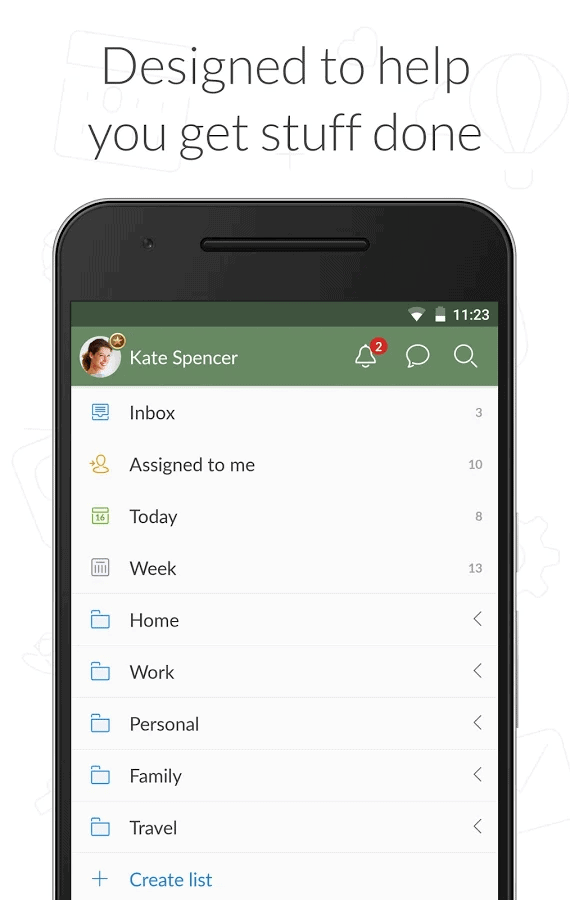 Wunderlist is one of the most popular to-do list apps for Android, it has been downloaded over 5 million times thus far, and currently holds a 4.5-star rating in the Google Play Store. This app is very simple for the most part, but also quite powerful. It allows you to share your lists, start conversations with other people regarding specific lists, attach photos, PDFs, etc. The design is also very clean, and all in all, it’s a great app. 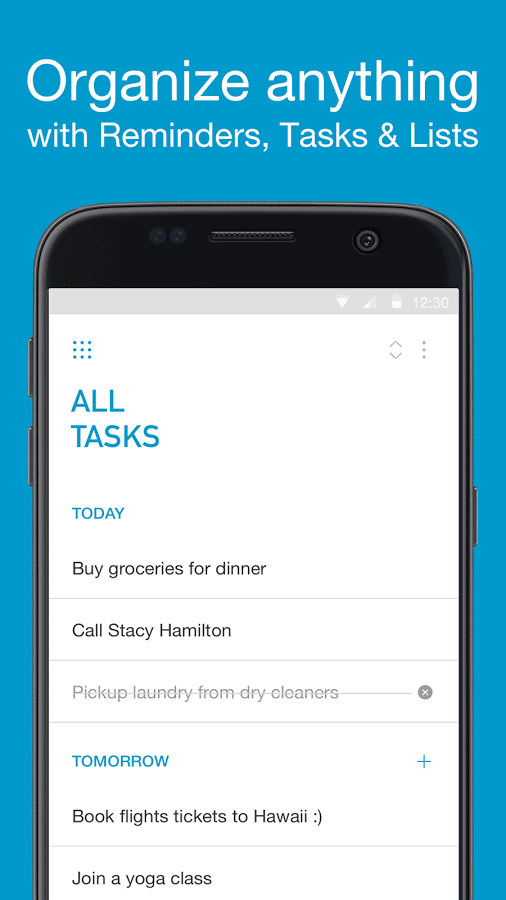 Any.do is, similarly to Wunderlist, one of the most popular to-do list apps out there. Much like Wunderlist, Any.do has been downloaded over 10 million times thus far, and it also holds a 4.5-star rating in the Play Store. This is a very clean app, it combines shades of white with a specific blue color in order to create a very sleek interface. There are tons of options included here, from reminders and list sharing options to sync options. You also have a home screen widget at your disposal, if you need it. 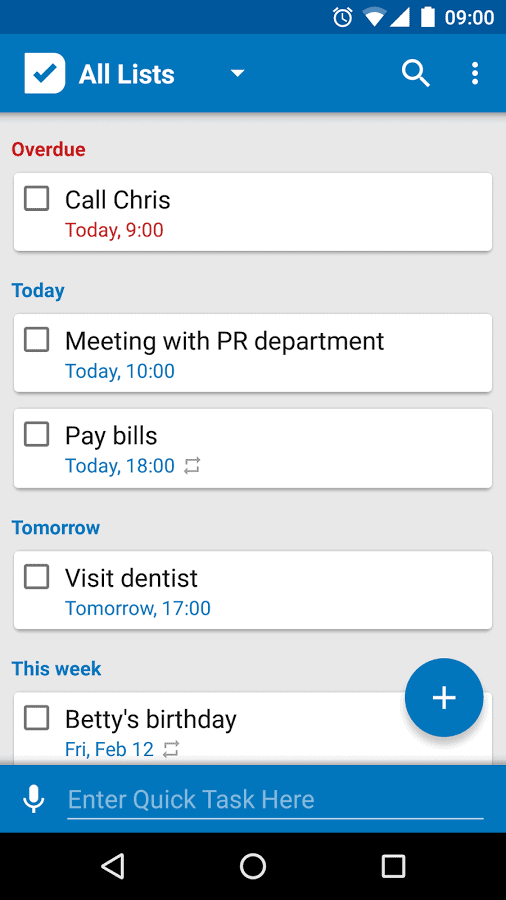 SplenDO is yet another to-do list app that is worth mentioning. This app combines blue and white colors in order to offer a really nice-looking interface, while you also have quite a few options available here. You can add tasks via voice, a widget is at your disposal, and you can also group tasks. These are just some of the options that are available in this well-designed application. If you’re looking for something new with a really nice interface, SplenDO might be worth it for you, as it’s one of the best-rated to-do list apps in the Play Store at the moment. 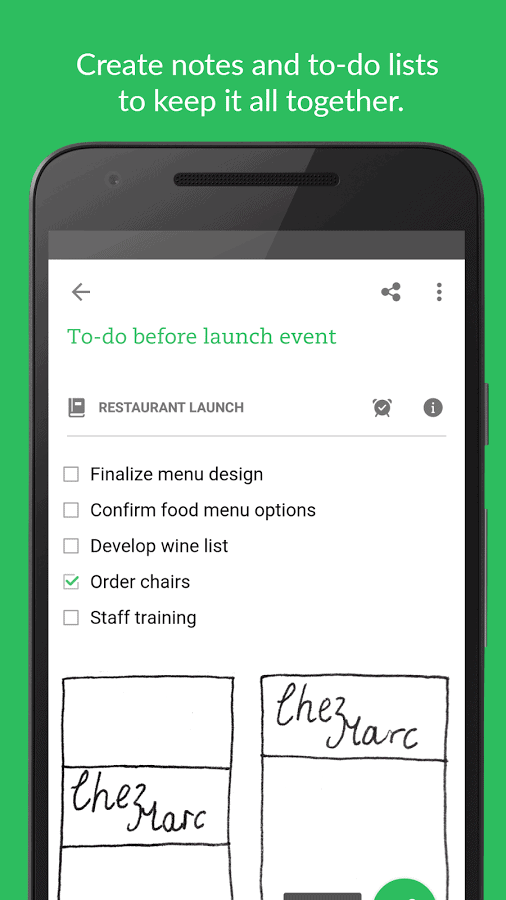 Evernote is maybe even the most popular application on this list. This app has been around for quite some time now, and has been downloaded over 100 million times up to this point. The app currently holds a 4.6-star rating in the Play Store, and offers tons of options. This app is above and beyond a regular to-do list application, and if you’re looking for all-in-one organization tool, Evernote is certainly one of the best such services out there. 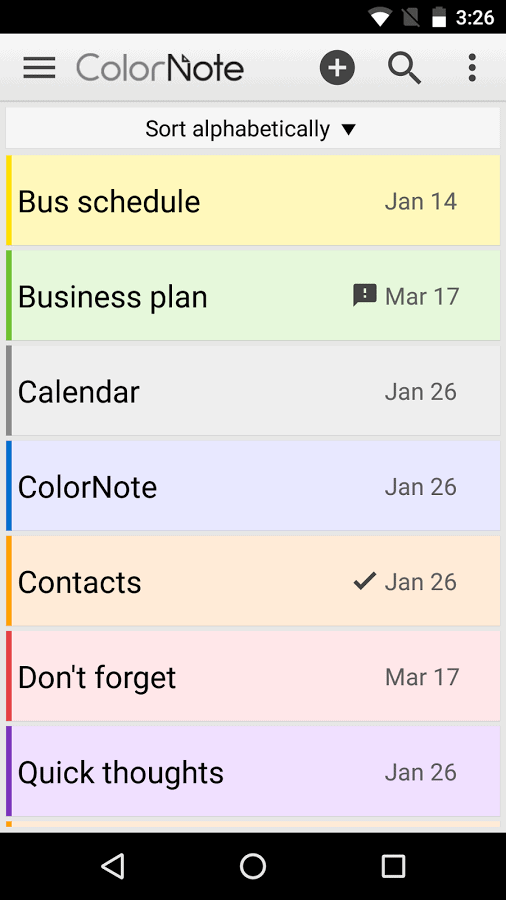 ColorNote is also an application that has been around for a long, long time. This app also has over 100 million downloads at the moment, and the same rating as Evernote. ColorNote is much simpler though, it relies on a simple, colorful design, and lets you pin tasks on your home screen. If you’re looking for a colorful app that runs great and tends to your to-do lists perfectly without complicating things too much, ColorNote is a great option. 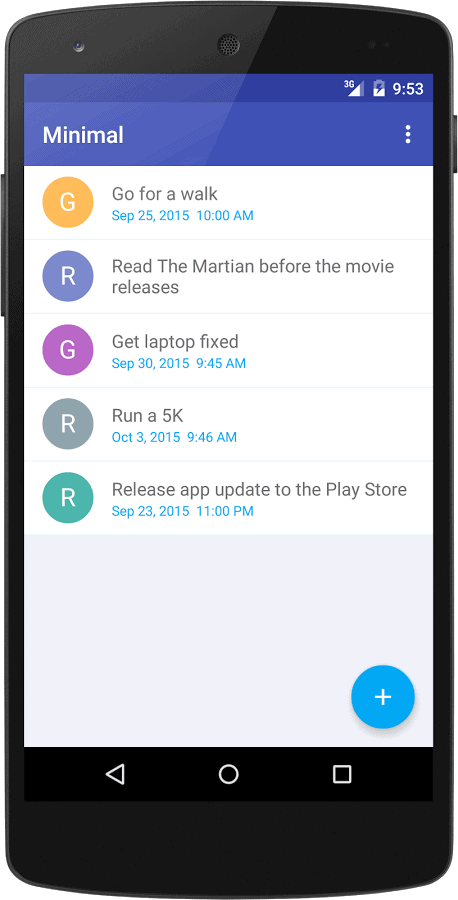 Are you looking for a straight to the point to-do list app which offers clean, material design look? Well, Minimal To Do app might be just right for you. This app looks like Google made it, it follows Material material design guidelines as much as humanly possible. In any case, this app tends not to complicate things too much, much like ColorNote, though unlike ColorNote it offers a much less colorful design, which is what some people prefer. 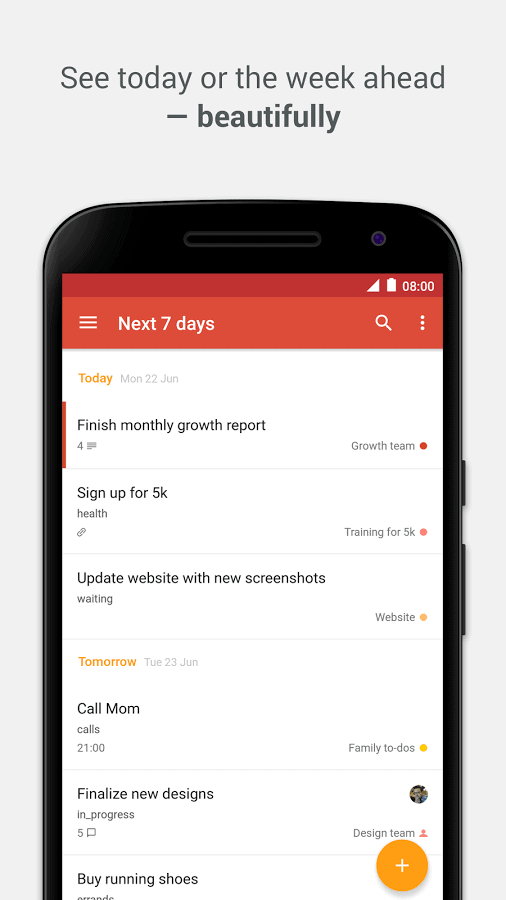 If you’re a tech savvy person who has been using Android OS for a while, chances are you’ve heard of Todoist. This is more of a productivity tool than a simple to-do list app, but listing things to do is definitely a part of this app’s functionality. Todoist lets you manage your tasks in-depth, and also lets you collaborate with other people on some of those tasks. This app offers integration for Google Drive, Cloud Magic, IFTTT, etc. On top of all this, Todoist’s design is spot on, the app is really clean and straight to the point. 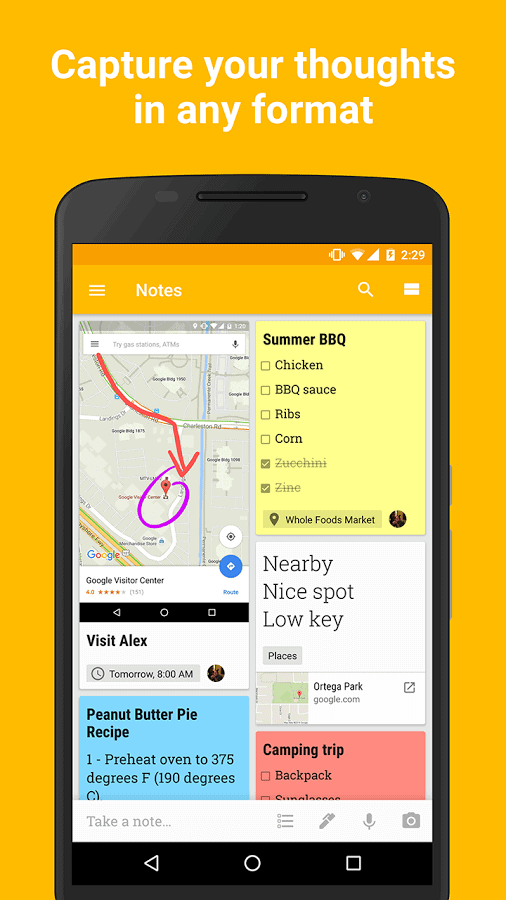 Google Keep is Google’s very own solution for keeping track of your notes and tasks. This app is made using material design guidelines, of course, and you’ll find quite a few options here, though Google did their best not to overload this app with unnecessary features, which is why quite a few people prefer this app over the competition. You have tons of colors at your disposal, while you can also write all over your notes, use your voice to create notes, etc. Sync is, of course, also available here, and the app uses your Google account to log you in.