Politicians and politics are points of discussion for many people on a daily basis, you’re either involved in politics and willing to talk about it, or you completely despite the subject, it all depends. Now, if you, by any chance, belong in the first category, then you’ll be glad to hear we’ll talk about politics Android applications today. Now, we have scoured the Google Play Store looking for such applications recently, and have managed to dig up a bunch of them that might be interesting to you. So, if you’re into politics or are simply interested in checking out apps that are politics-themed, well, read on, and keep in mind that these apps are listed in no particular order. 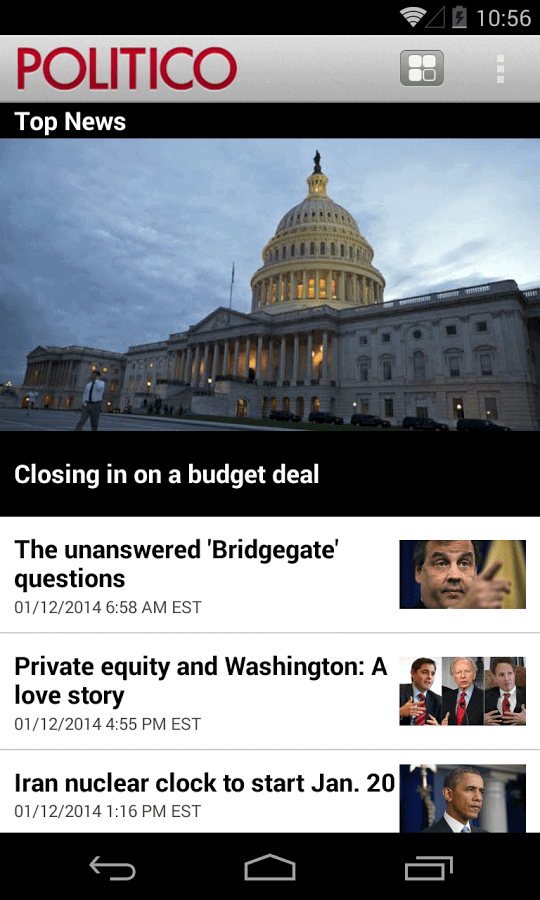 POLITICO was once a very popular politics app, but it hasn’t been updated for quite some time now, and has managed to get really negative reviews over the last couple of months. Regardless, this is a very good source for political news and views, even though it’s not exactly the most modern in terms of the design or features. The UI is still good enough, and some people still seem to enjoy POLITICO. 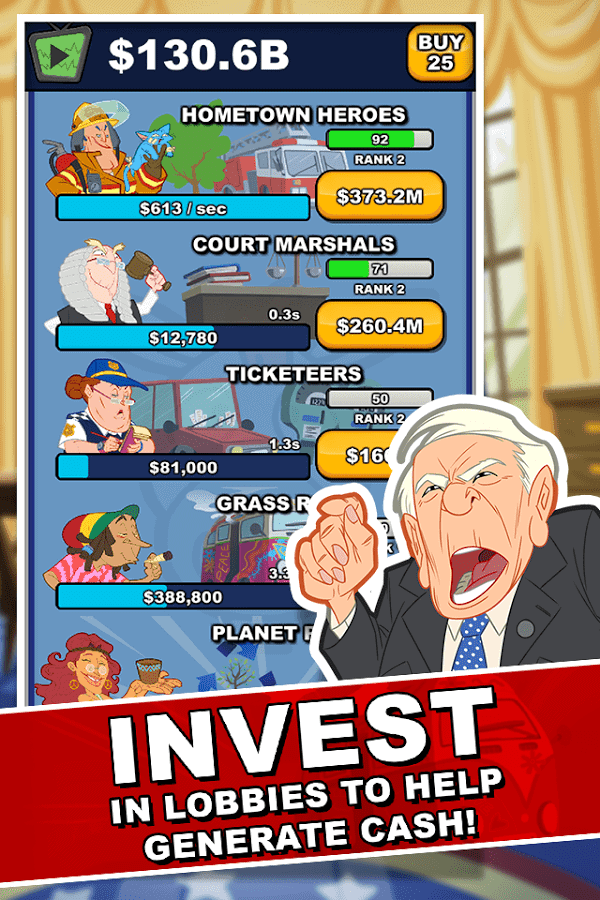 This is probably the least serious application on this list, as we’re looking at a politics-themed game here. In this game you’ll need to raise money for your political campaign, and will need the help of lobbies in order to do so. The game features a number of real life US politicians, but they’re represented under fake names for obvious reasons, so you’ll stumble upon Barack Obummer, Bernie Slanders and Ronald Grump, for example. 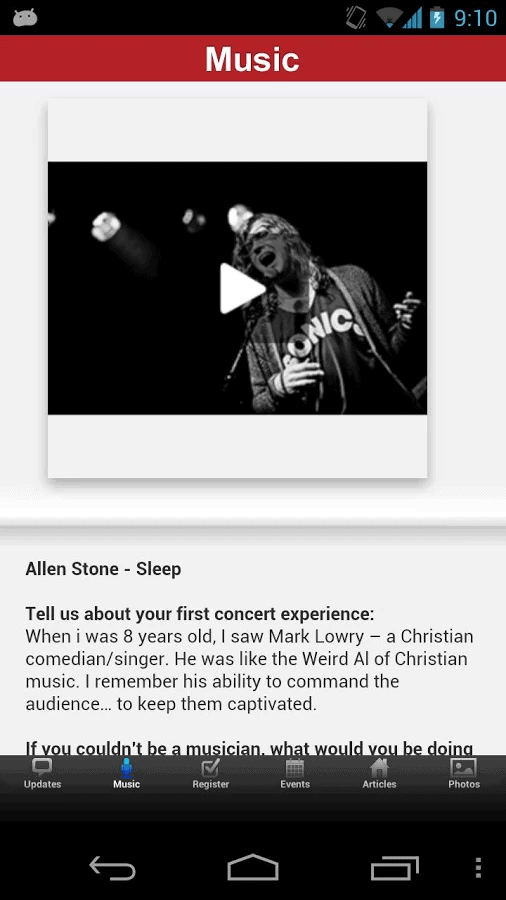 Now, as per the developer, this app is here to ‘engage and build political power for young people in our country (US)’. Well, there are quite a few people registered in this app, and even though it hasn’t been updated for quite some time now, it’s still quite a compelling application for those of you who are interested, and it is completely free to use, there are no in-app purchases here, or anything of the sort. 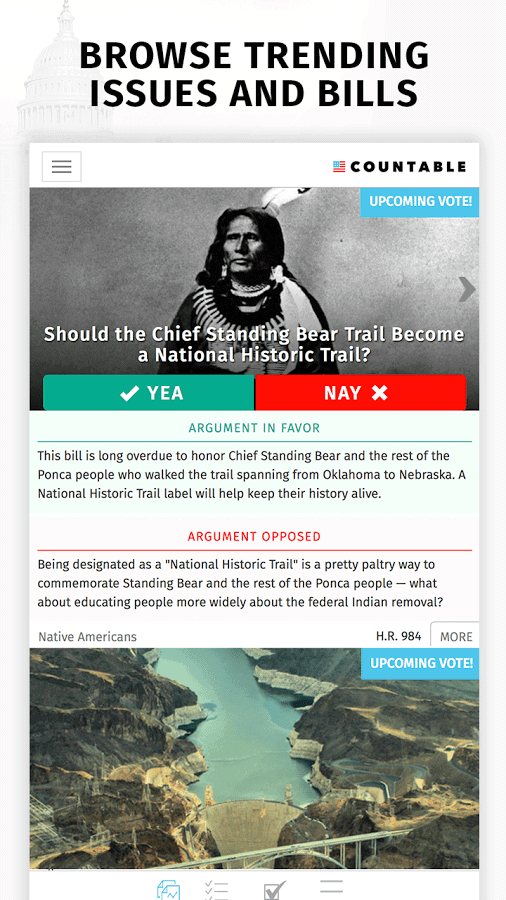 Countable is not only a well-designed app, but it’s also quite useful. This app basically lets you learn about various political issues and vote on various bills. So, in a way, this app lets you interact with Congress. These are 1-click voting bills, and the Countable team tries to create objective summaries for various issues that arise. This app is certainly not perfect, but it’s quite useful and worth checking out. 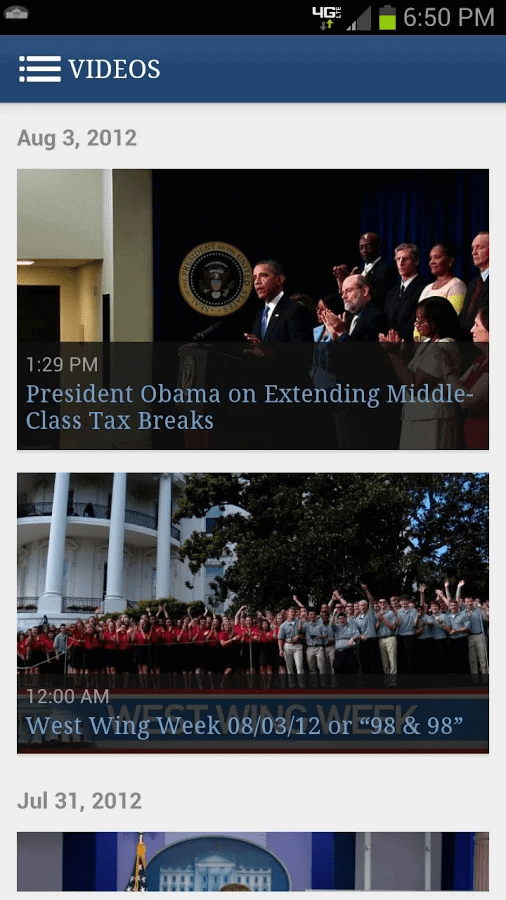 This is an official app of the White House, and it brings you all the latest news. You can check out the White House blog through this app, as well as the press briefing room, while photo and video archives are also included here. Now, if you’re into live streams and would like to check those out, you can do that through this app as well, these live streams are mainly showing off events of the President and administration officials, though. 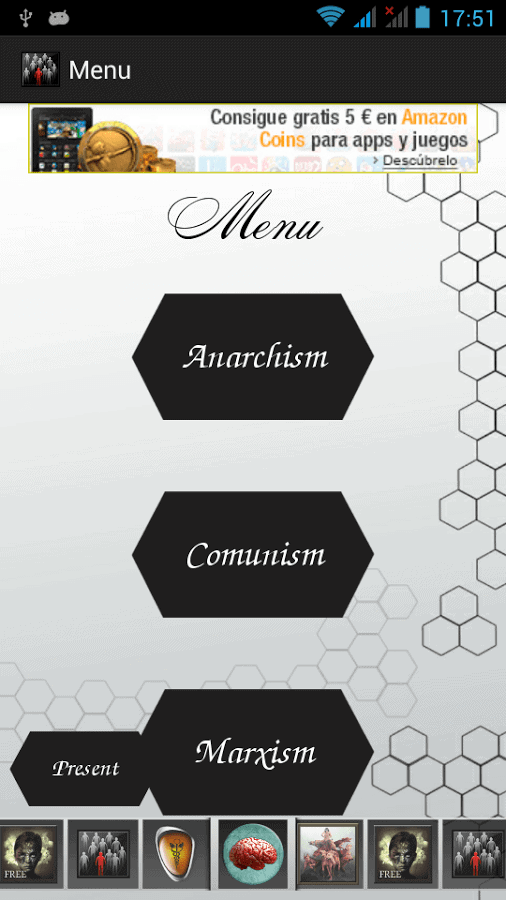 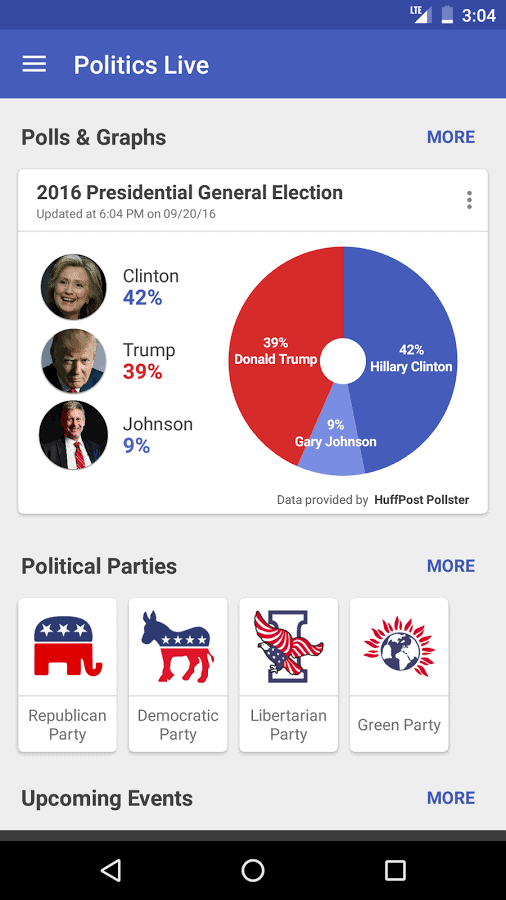 The Politics Live app currently holds a 5-star rating in the Google Play Store, though only 7 people ranked it. Despite the fact this is a relatively new app, it seems to be quite compelling to people, as it is meant to be an all-in-one app for all political information about the upcoming elections in the US. Unlike most other apps on this list, this app follows Google’s Material Design guidelines, and as a result of that, looks really nice and functional. 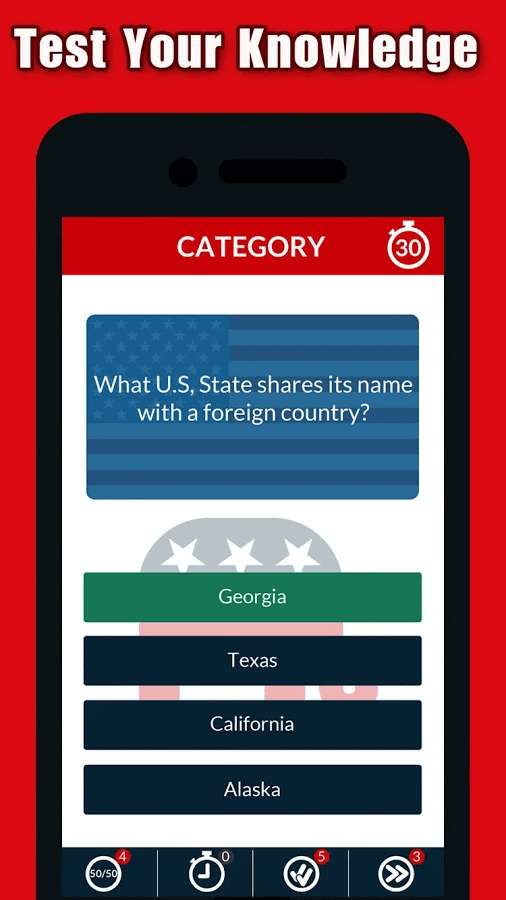 This is a trivia app, and for those of you who live trivia and politics, this might be the perfect solution. All you have to do is choose whether you’re a Republican or a Democrat, and select the candidate you’d like to play as. Once you do that, you’ll be ready for your political journey. You’ll answer a number of trivia questions along the way, as that’s the whole point of this applications. There are quite a few categories the game will throw at you, so you’ll be faced with tons of different questions. 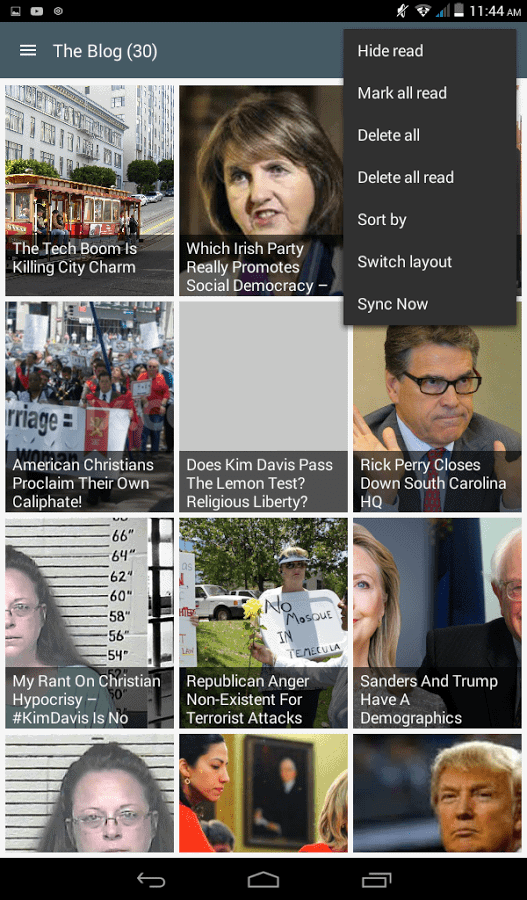 One World Politics is an app that has been around for quite some time now, and despite that fact, it has only 1 review in the Google Play Store, which gives it a 5-star rating. This app basically throws various political news your way, from all over the world, and you can also discuss your views with other people, as this app has quite a few features built in, including comments. This app is completely free to use. 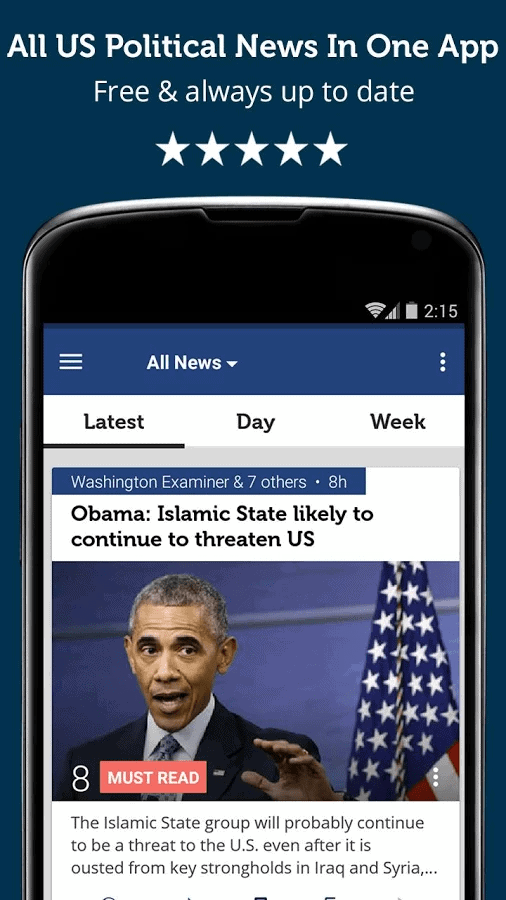 The US Politics News application brings you politics news from the US. You get a neverending stream of politics news, as the app pulls data from a number of sources in order to bring them to you. This app is very well designed, and it’s quite easy to navigate, which is not exactly something we can say for every app on this list. The app also allows you to comment on various topics, has a built-in read later feature, etc.