Let’s face it. Everyone uses their mobile device to send messages. The only difference is what type of message and what type of messaging app. This ‘everyone does it’ mentality does mean that messaging apps are available in abundance now and Android device owners are able to choose the messaging app which not only best suits their needs, but also best suits their personality. Whether it be over-the-top apps which come equipped with all the bells and whistles or more subtle and straightforward messaging apps, there is a messaging app waiting for you to try. With so many to choose from there are going to be some which inevitably do not make it on to the list. Such is life when you only have ten positions to fill. Here are our top 10 messaging apps for Android. 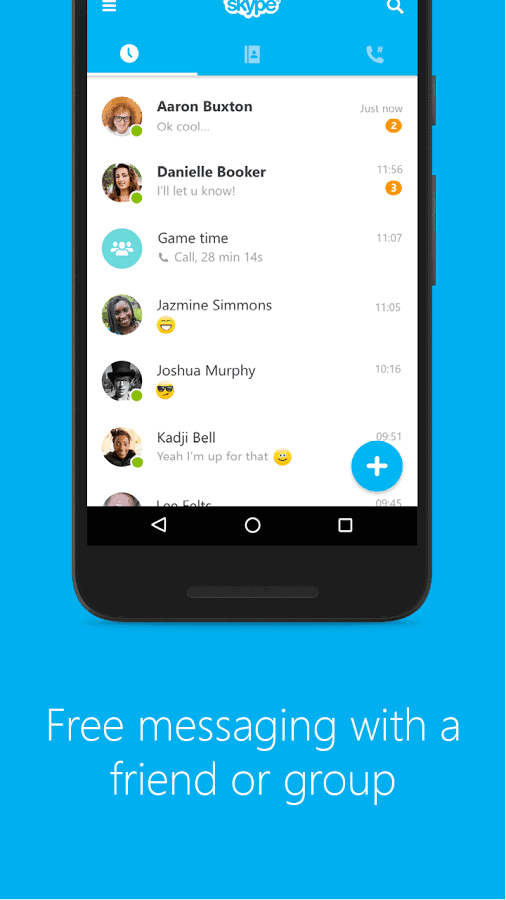 There is a good chance you are already using Skype for your video calling as it is one of the most widely-used video calling apps available for Android. However, it is also a pretty good messaging app. So if you are not really into downloading more apps than you need and do have Skype installed, then this is a good one to use for your messaging needs. Of course, if you don’t have Skype installed, then now would be the time to do so. 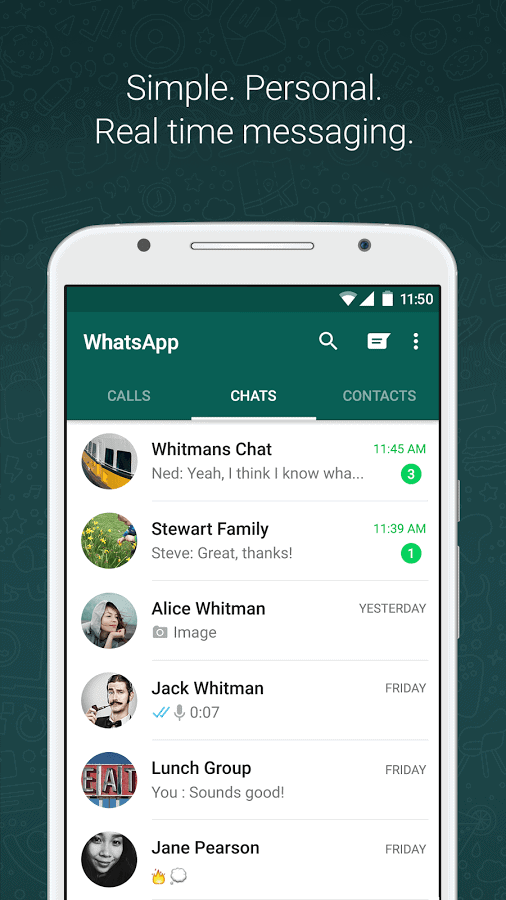 For those looking for an extremely popular messaging app then look no further than WhatsApp. This one sees tons of features being added on a regular basis and is also one that has recently pushed forward its encryption benefits. So if you are looking for a safe and secure app that many of your friends are likely already using, then WhatsApp is it. This one connects to your phone number and so anyone who is in your contacts already will instantly start to show up. 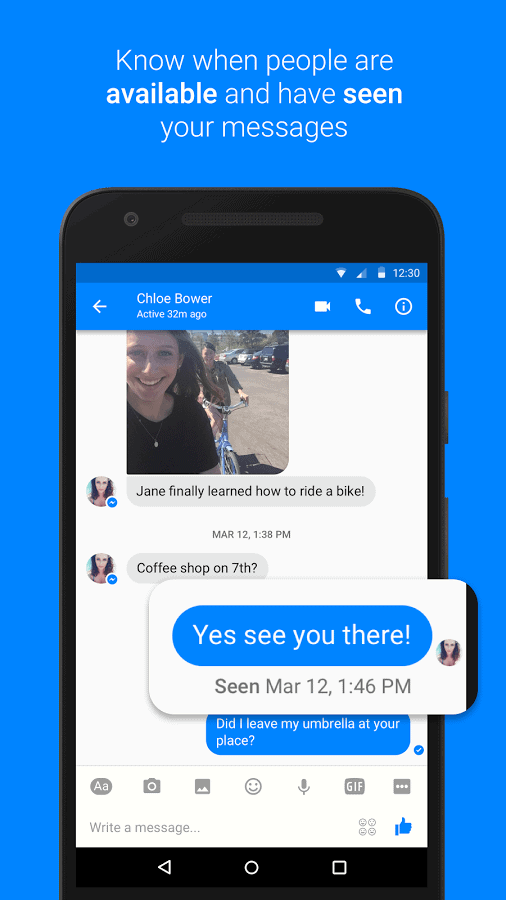 WhatsApp is now owned by Facebook. However, that has not stopped Facebook from pushing forward with their own messaging solution, the aptly named Facebook Messenger. If you are big into your Facebook then this is a must have app as it does come with a lot of Facebook integration and features. For instance, with this one you can simply sign in with your Facebook account, which makes setting it up and getting it going really easy. 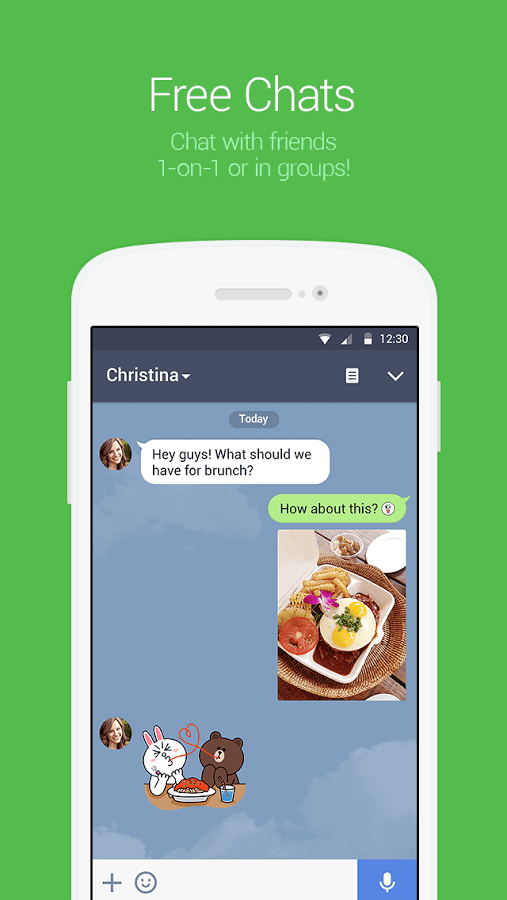 While LINE might not be an app (or a company) that everyone is familiar with, it is an app which a very large number of Android smartphone owners now use. In fact, this goes for all of the LINE-related apps. This is largely due to LINE being a very well-known and used app company in certain areas of the world, like Asia. Not to mention, this is also a fairly feature-rich app as well, with LINE: Free Calls & Messages offering a ton of additional ways to communicate, including a wealth of stickers and so on. If you are looking to try out a completely different messaging app, then LINE: Free Calls & Messages might be the one to go for. 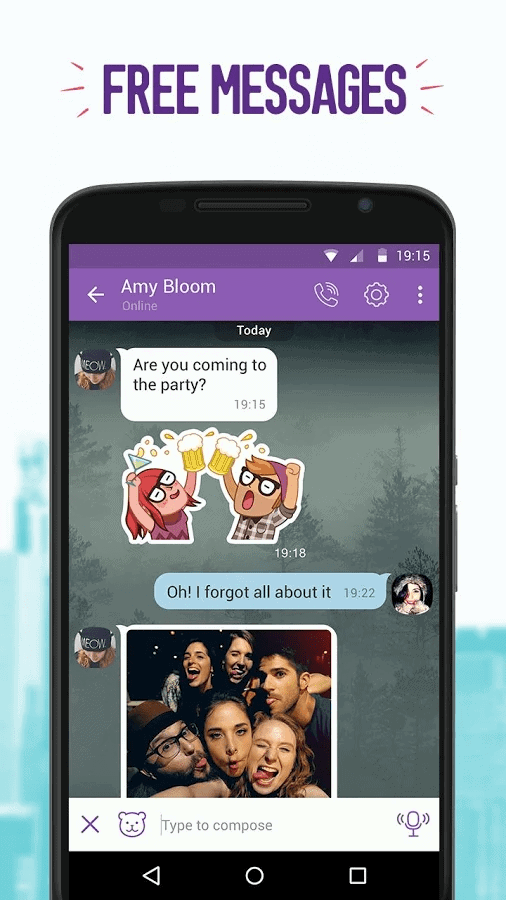 Viber is another app which has gained in popularity of late and with good reason. It offers a very nice and intuitive interface and app overall. Like WhatsApp, this one makes use of your phone number and once connected to your number, is able to pull contacts from your phone for the people you know who are also using the app. So the set up is fairly simply and within no time, you will be good to go with this one. 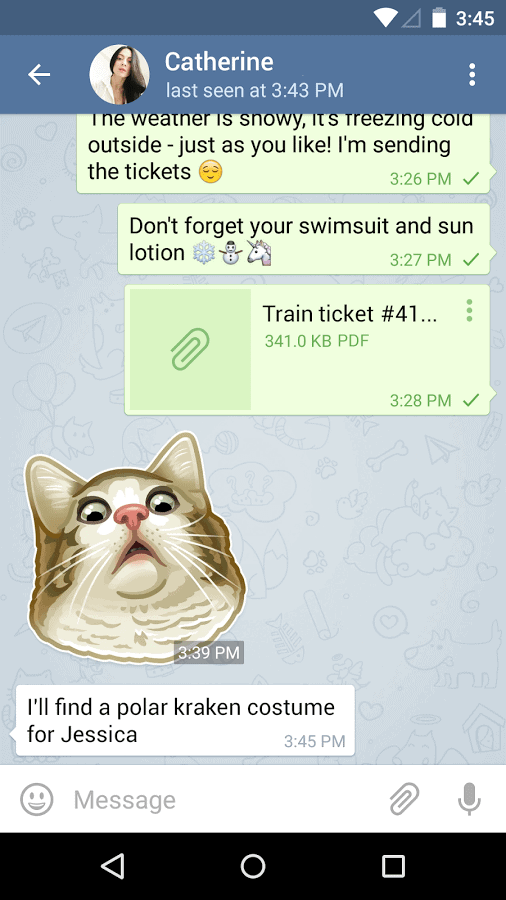 Telegram is one of those apps which has recently gained quite a lot of media attention, both good and bad. However, the good and bad media attention is due to the same reason – how secure this app is. So if you are after an app which ensures you have an encrypted messaging connection, then few apps will do this better than Telegram. 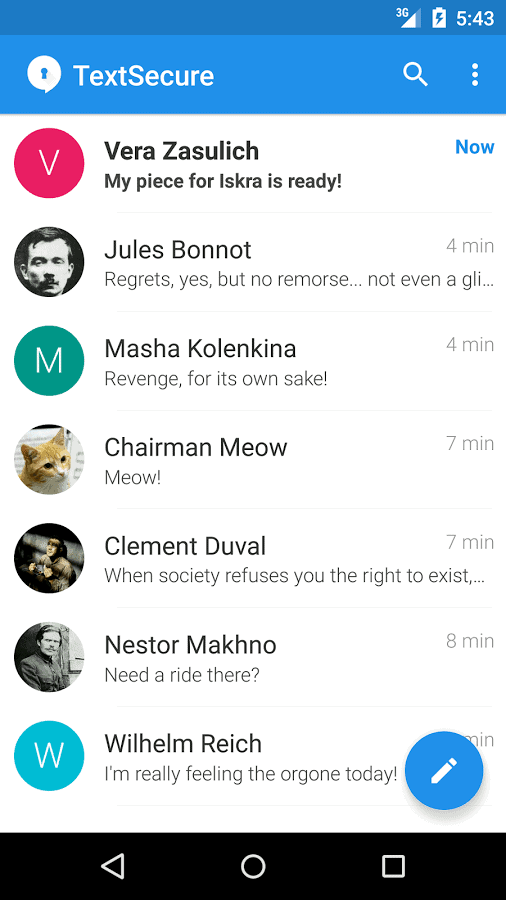 Of course, Telegram is not the only message app out there that places security at its core and if you would prefer to support one which has not gained so much negative press recently, then Signal Private Messenger is definitely one worth checking out. This is another security-focused messaging app, which also comes with a ton of additional features, like voice calling, group messages and so on. 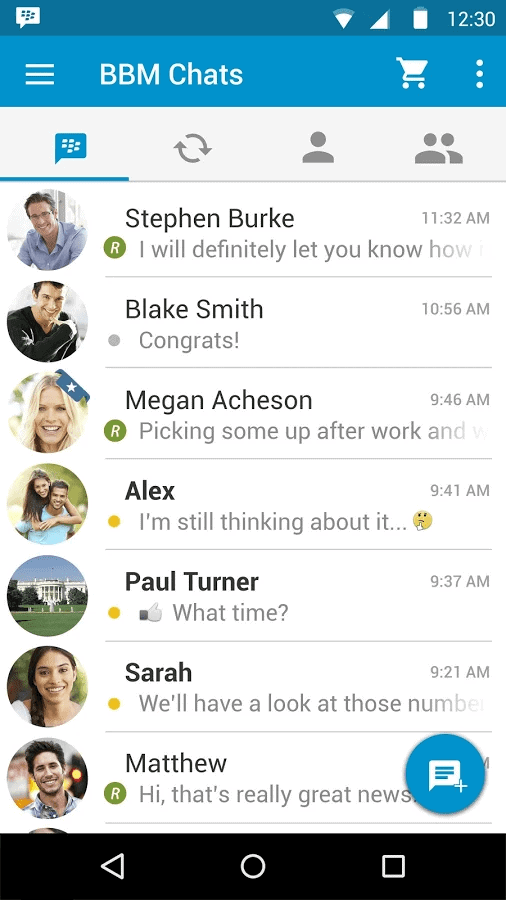 BlackBerry Messenger, or more simply, BBM, needs no introduction. In fact, in many ways this is one of the original messaging services and at one point was literally all the rage with people swapping their pins – a great solution to connecting with people without having to hand over your phone number or email. While the operating system that BBM used to breathe off of is slowly fading, the app is not. It has gone through some major redevelopments and improvements and has now been ported over to Android. So if you like the BBM way of messaging and own an Android device, there is only one option – BBM for Android. 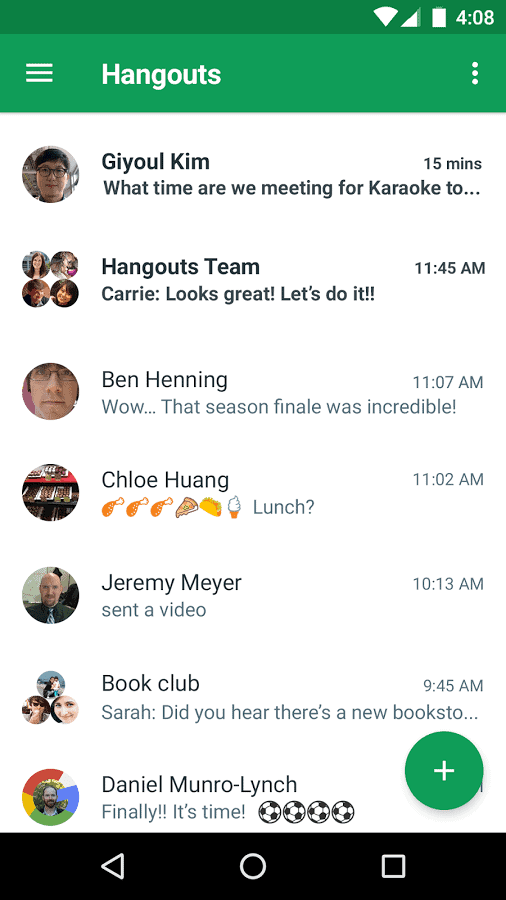 Of course, for the Android faithful, there is always Google’s own messaging solution, Hangouts. This is another app which has seen multiple transformations and redesigns over time and does provide its users with a great way to keep in touch. All the usual perks you would expect, including the ability to make calls, group messaging and so on are all included. This one also has the added benefit of being available in a desktop form as well. Which means whichever device you are on, your messages and contacts are just a click away. 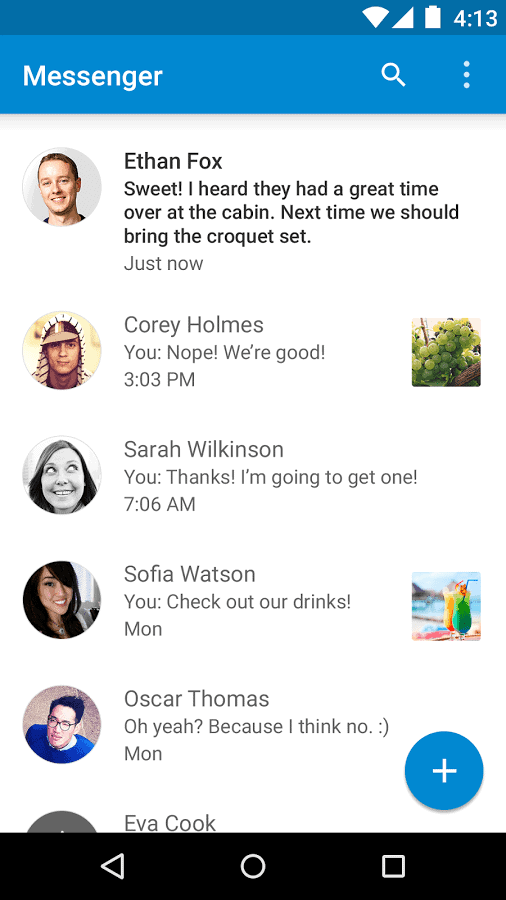 Then again, if you are just looking for a very simple text messaging app to use then there is always Google’s Messenger app. This is an app which can replace your default text app and brings with it all the design cues you would expect from a Google app. There is not a lot in the way of additional content on offer here, but if you just want to send your texts easily with a nice, clean interface, then Messenger is worth downloading, if you do not already have it installed that is. 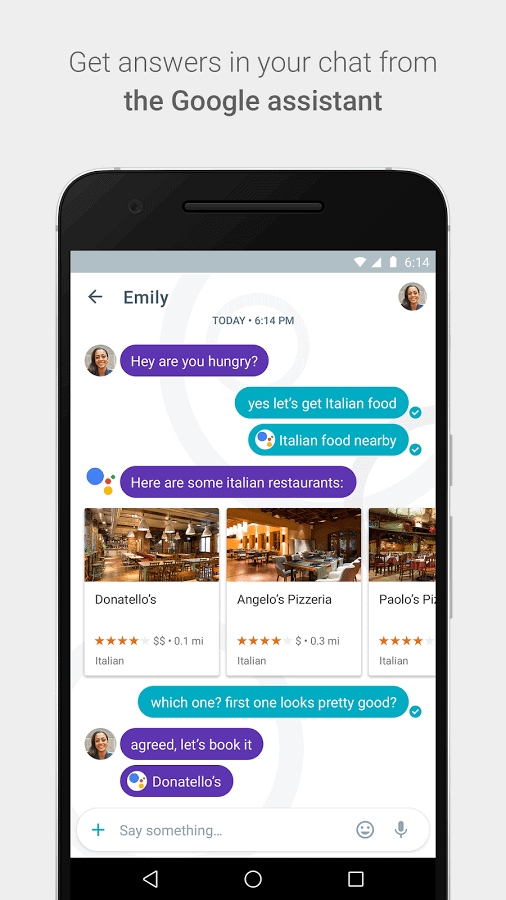 OK, while this is a top 10 list and we have already discussed 10 apps, it seems impossible not to mention Google’s other messaging app, Allo. The problem with Allo is that it is not actually available to download yet. This is a brand new messaging app from Google and one which looks to bring a number of features that you don’t currently have access to with the likes of Hangouts (or some of the other apps), such as smarter Google Assistant integration, and much much more. While you cannot download the app just yet, you can always register for the app and be one of the first to download it, once it does go live.