Football aka Soccer is the most popular sport on the planet. European Championship in France (EURO 2016) ended quite recently, and Portugal was the most successful team in the tournament. That being said, most soccer leagues have already kicked off the 2016/2017 season, and those of you who love soccer are probably looking forward to see what LA Primera, Premier League, Serie A, Champions League, Europa League… have to offer. Well, those of you who are reading this at the moment love soccer, but chances are you love games as well. So let’s combine the two and compile a list of top 10 soccer fantasy applications currently available in the Google Play Store, shall we. Before we begin, do keep in mind that these apps are listed in no particular order. 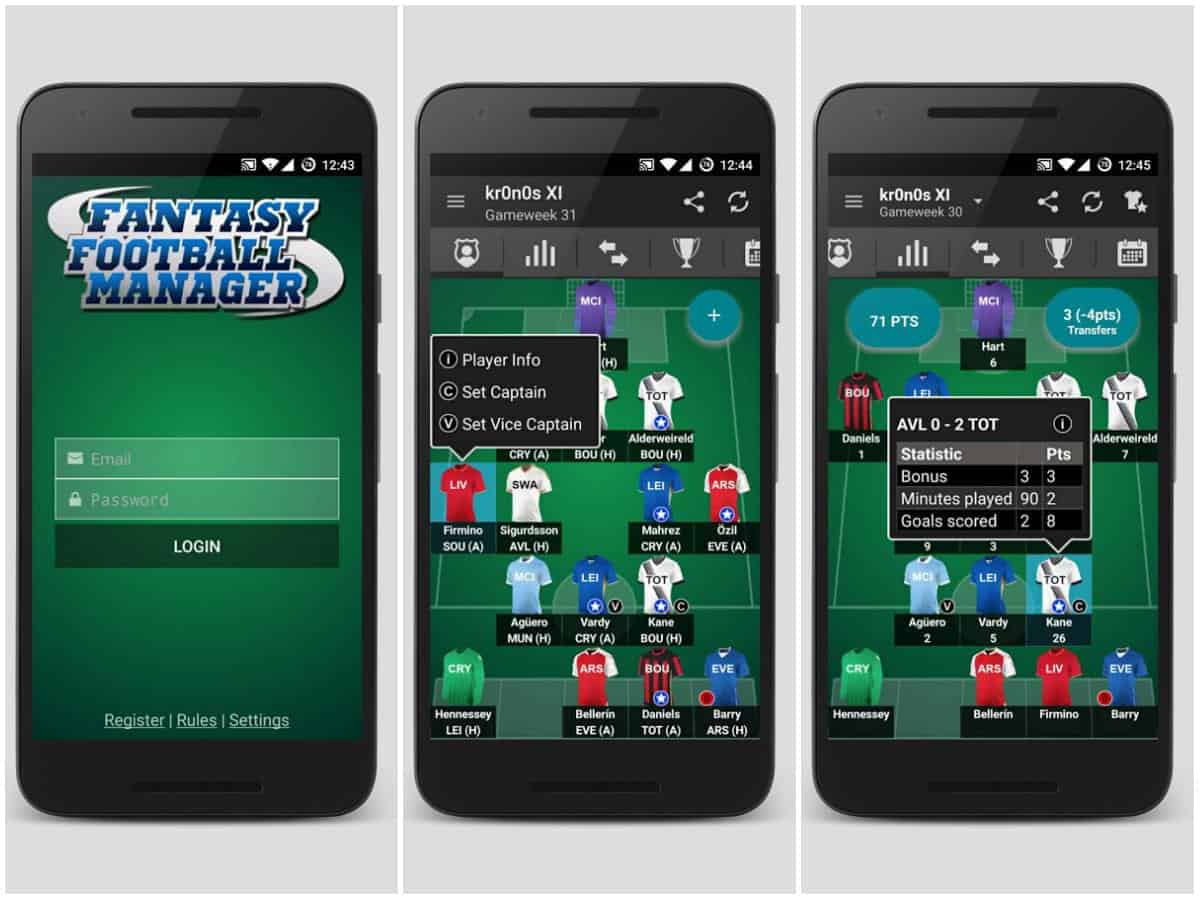 The Fantasy Football Manager (FPL) is definitely one of the best fantasy football / soccer apps available in the Google Play Store. Aside from a really nice, graphic UI, you get tons of options here, along with tons of stats. The app can send push notifications on your phone before the deadline ends, and you can create or join leagues, whichever you prefer. This app is also completely free to download and play (the paid version is also available), so feel free to check it out. 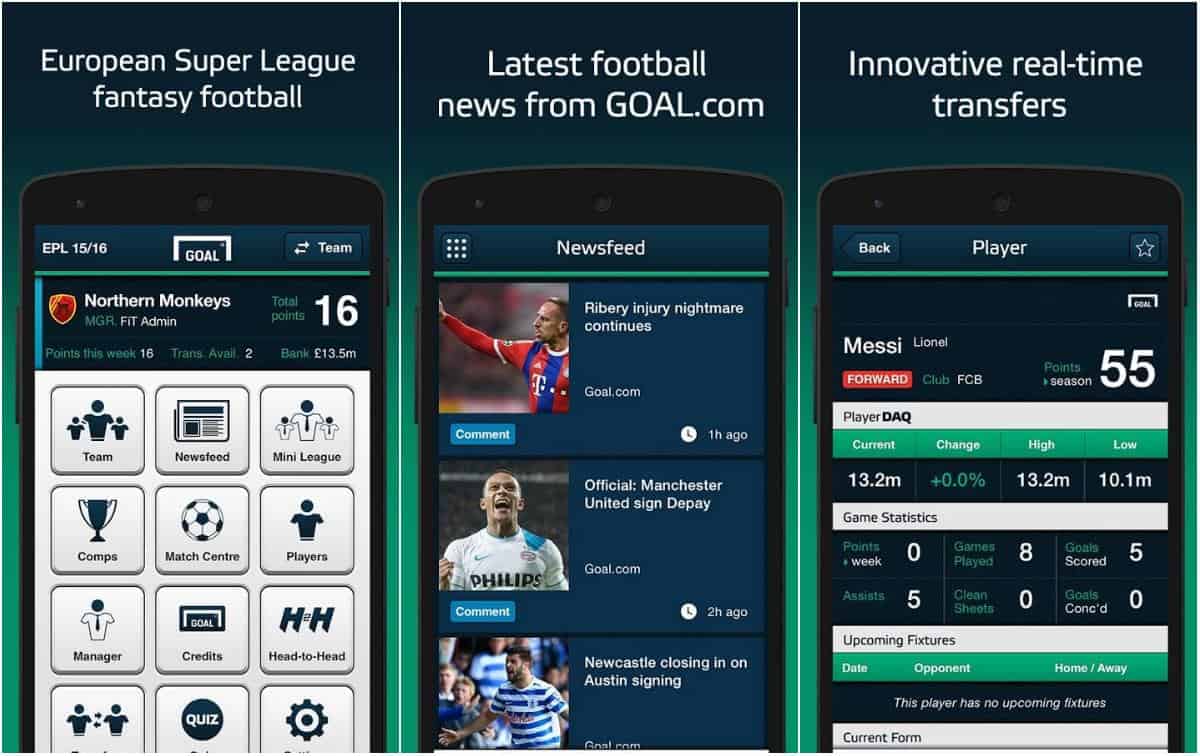 Goal.com is one of the largest and most popular football / soccer-related sites out there. This company has several apps currently available in the Play Store, including the live score app which is quite compelling. Now, in addition to that app, the company’s Goal Fantasy Football game is also available, and it’s quite good. The UI resembles the goal.com site, as well as their live score app, and it’s easy to navigate. You can also create your own leagues here, or join ones that are already available, though do keep in mind in-app purchases are included here. 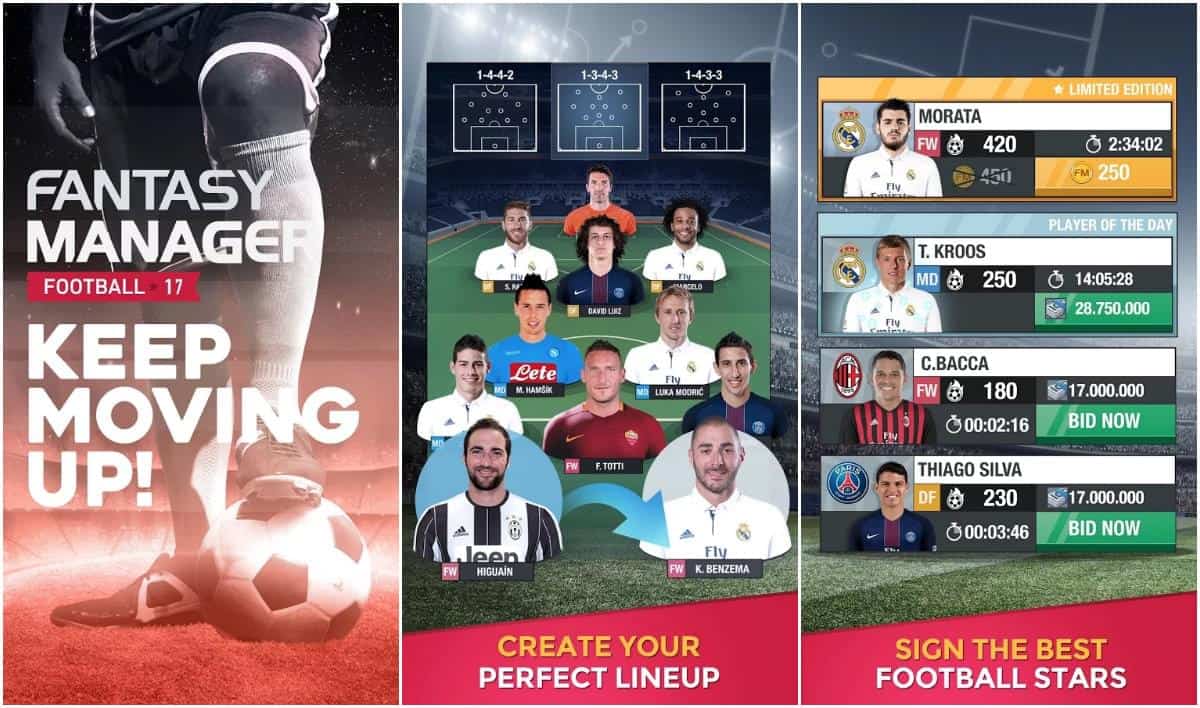 The Fantasy Manager Football 2017 is one of the best-designed fantasy football managers out there. This app’s graphics are quite flashy, but make the game look really good, while it is also one of the more popular apps out there, as it was downloaded over 5 million times to date. This app has its issues though, bugs are quite the problem for quite a few people based on recent ratings, so do keep that in mind before you download the game, but chances are these issues will be fixed soon. 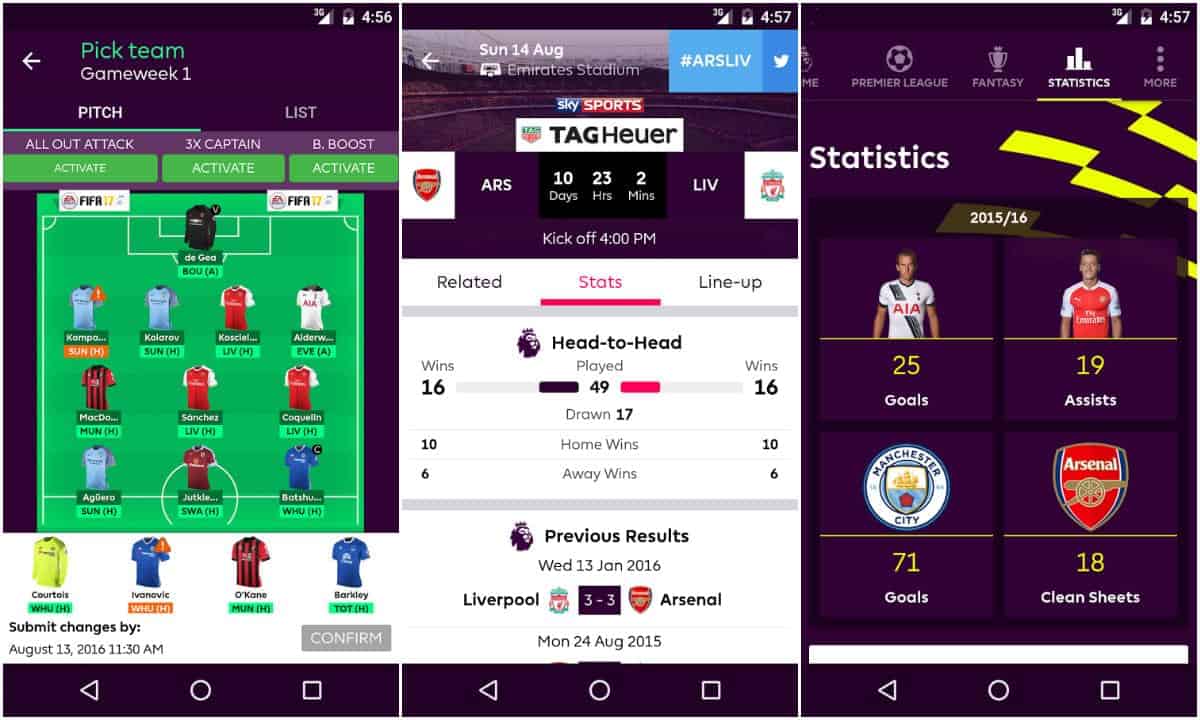 Now, this is actually an official Premier League application, and it contains pretty much everything you need to know about the competition. The app also contains a fantasy football manager, but as you might have guessed, only the Premier League teams / players are included here. The app is very well-designed though, and if you’re a fan of Premier League, you’ll certainly appreciate it, as it contains tons of info you might be interested in. 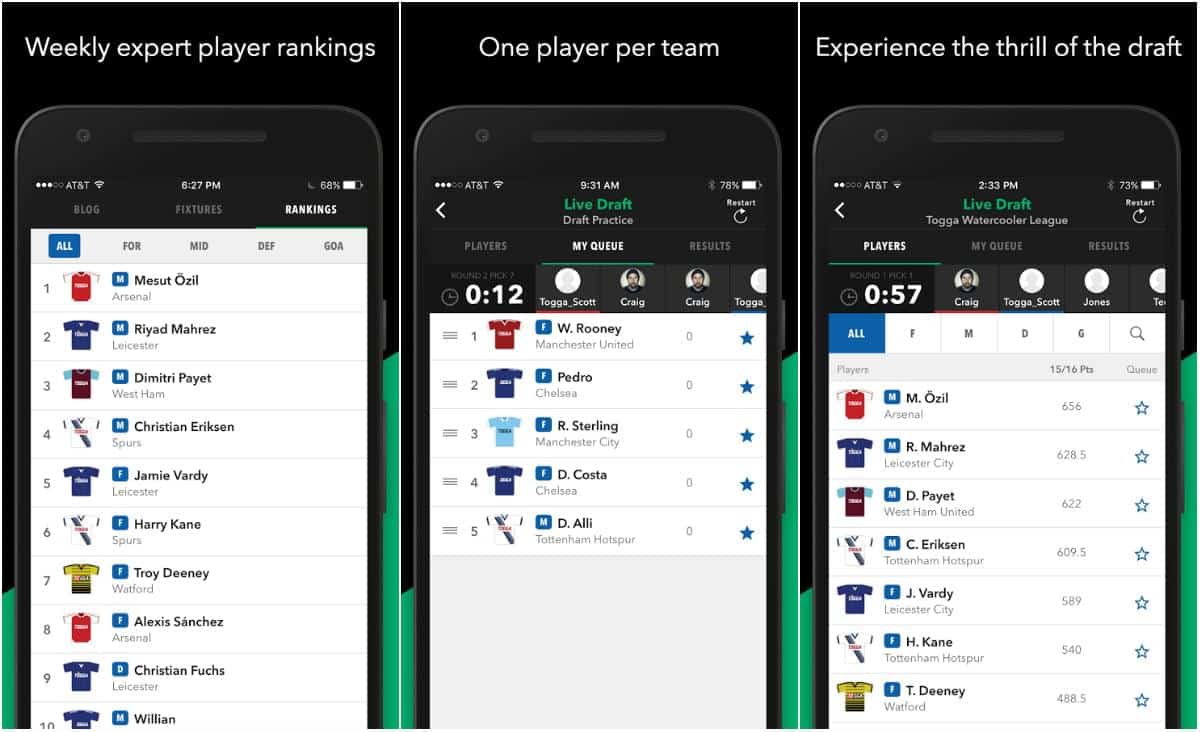 This is yet another Premier League fantasy football app, and a very well-designed one at that. The app also offers news from the Premier League, and it is completely free to download and play. The game is, however, facing some bugs at the moment, and the developers are expected to fix that soon. The app works great for some people, while others are having issues it seems, but as already mentioned, a fix is on the way, but the app certainly has potential. 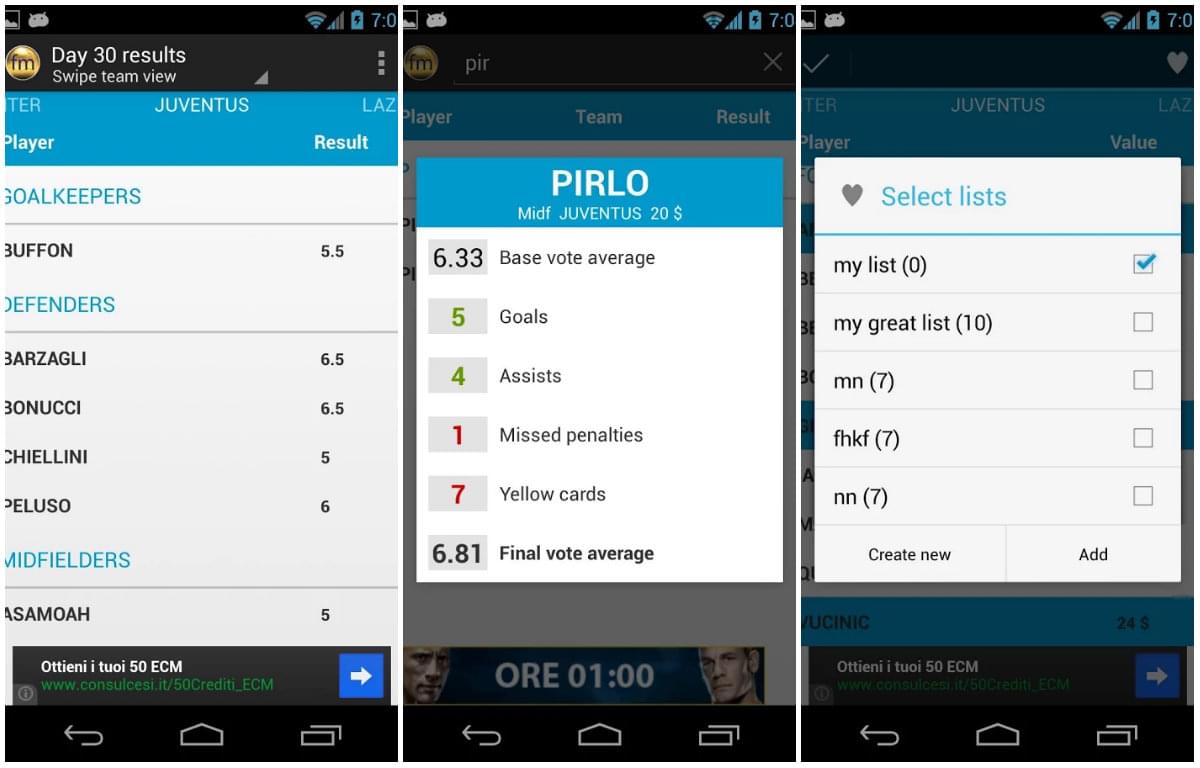 Serie A is, as many of you know, Italy’s 1st football league, and one of the most popular football leagues in the world. This game is dedicated to Serie A, as its name says, and it’s actually quite a compelling offering. It’s one of the best-rated fantasy football games in the Google Play Store, and for a good reason. The game is quite enjoyable even though it’s not that graphic, this game is more or less text-based. All Serie A players are included here, and it’s up to you to put together the best possible team. 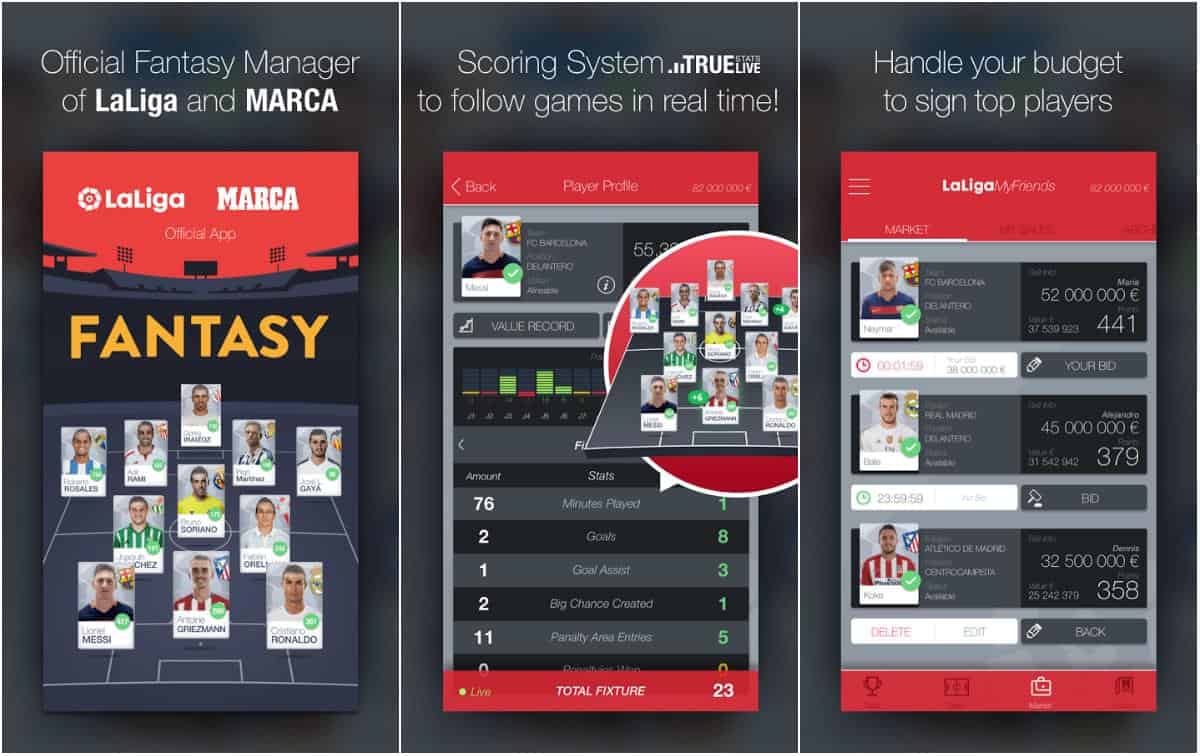 La Liga is Spain’s first football league, and definitely one of the most popular in the world. Teams like Real Madrid and Barcelona compete in La Liga every year, and this game gives you a chance to become a manager in La Liga. The game is free to play, and you have all the usual fantasy football options here. As you can see, the design of this game is quite compelling as well, and the UI is quite easy to navigate. 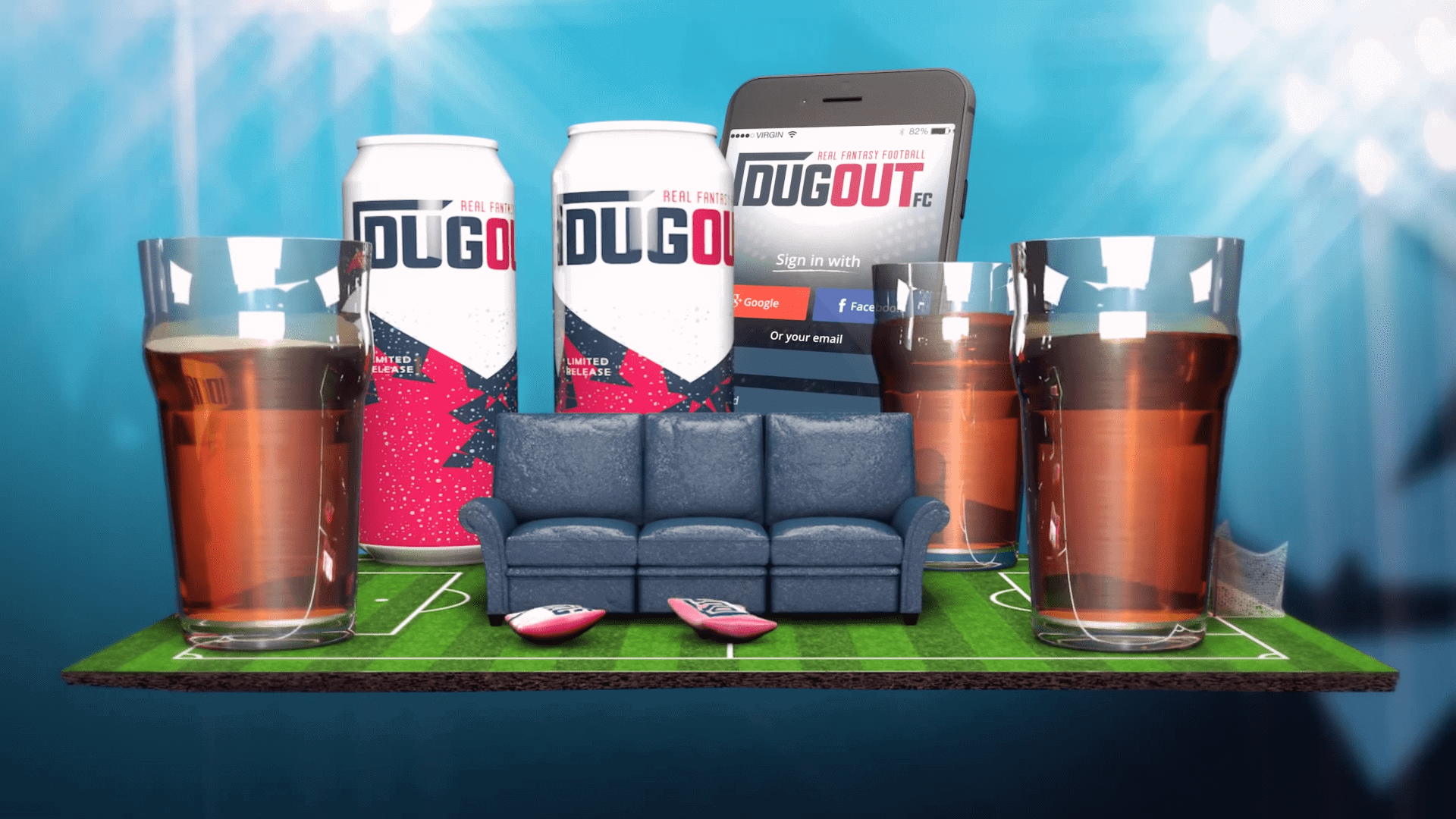 This is yet another solid fantasy football choice. The Fantasy Football – Dugout FC game is a Premier League fantasy football game, just like a couple of other we’ve mentioned on this list, and in some aspects, it’s even better than the official offering. This game contains every feature a regular fantasy football game offers, and it adds on those with great design, and quite a bit of other details. 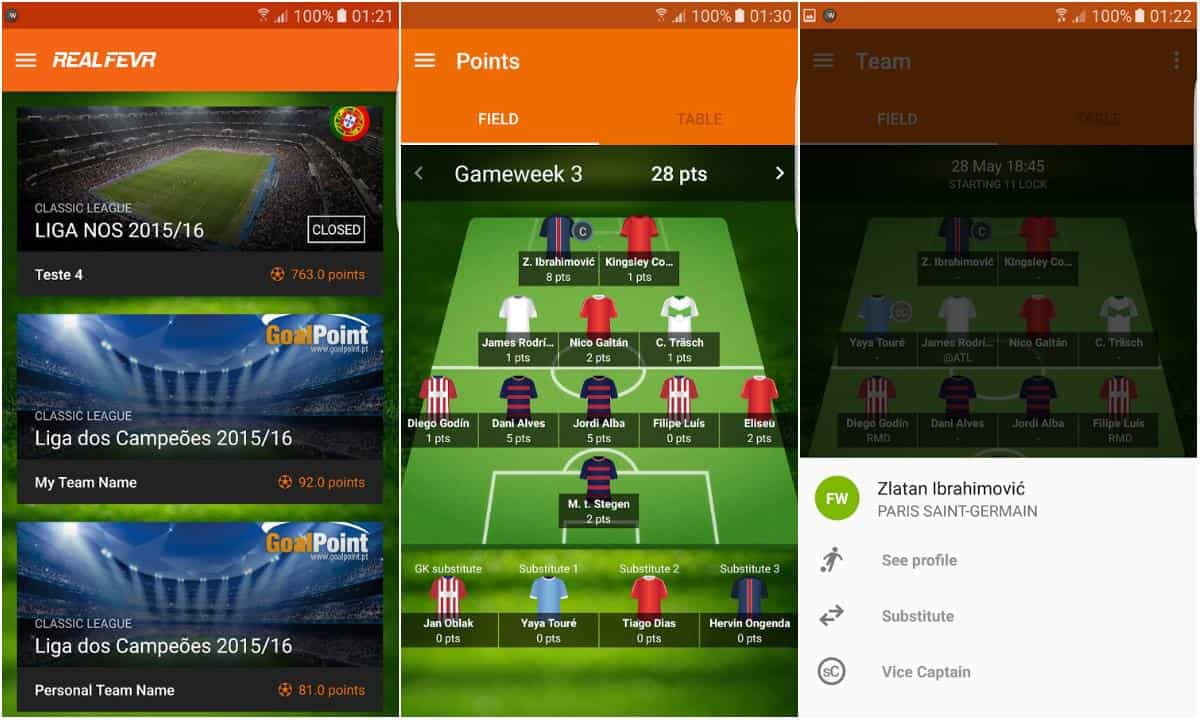 RealFevr Fantasy Leagues is the best-ranked app on this list, at least as far as Google Play Store rankings go. The game currently holds a 4.8-star ranking in the Play Store, and it seems to be quite popular. The UI is quite sleek, it uses pastel colors, and even though this game is quite new, it managed to stay bug-free, at least for the most part. All the regular options are included here, and plenty of leagues to choose from. 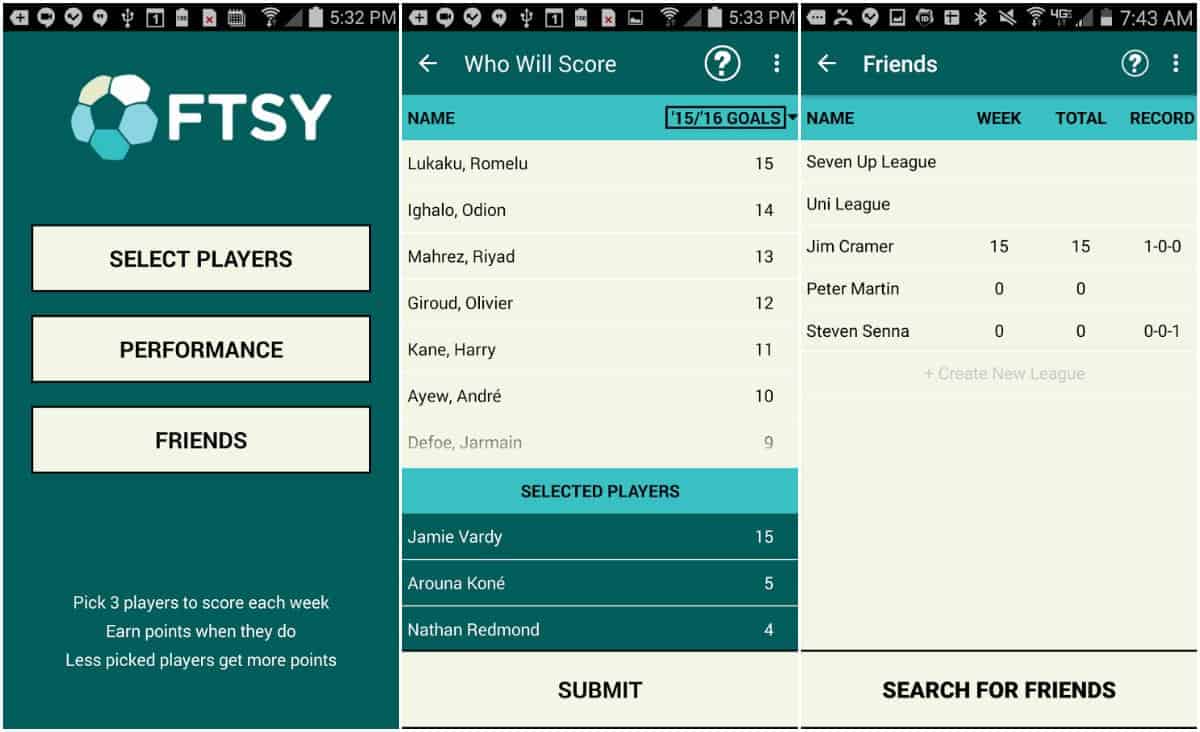 We’ve listed 9 fantasy football apps thus far, and this one differs from basically all of them. The FTSY – Simple Fantasy Football game is, as its name says, quite simple. This is a text-based game, and it’s actually another Premier League fantasy football game. As mentioned, though, it’s quite different, it lets you choose 3 players every week, and when they score, you score basically. If your picks score more than those of your friends, you win, it’s that simple.