The College Football season is well underway now, as we get started with week three of the 2016 season. There’s already been plenty of action and a load of upsets for the top-ranked teams and the season is just getting started. To make sure you don’t miss a minute of the action this year, we’ve rounded up a good number of apps for the College Football season, so you can stay up-to-date with everything that’s going on. 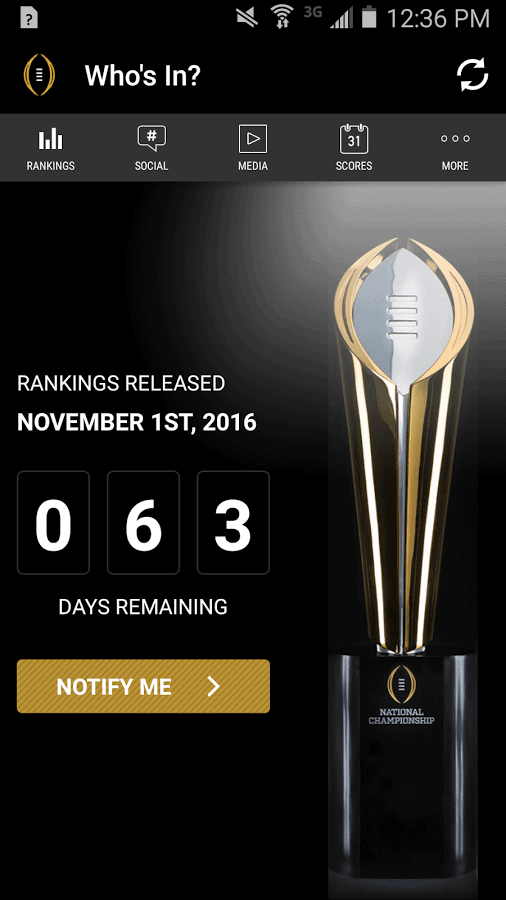 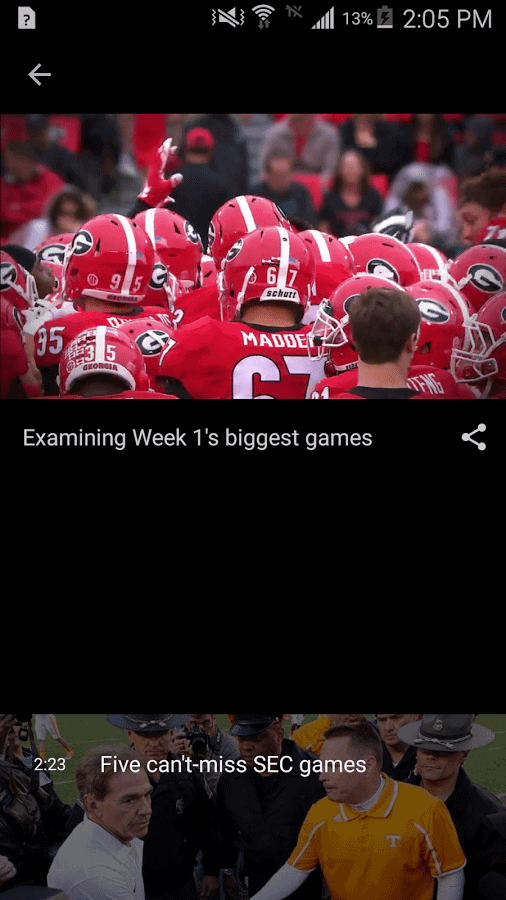 ESPN is a pretty great app to keep up with everything happening in the world of College Football – and really any other sport. You’ll be able to catch live streams of games (of course a cable subscription is required for that), as well as the latest stats and scores, not to mention highlights from all games played. Even the early ones that those on the West Coast may have missed. 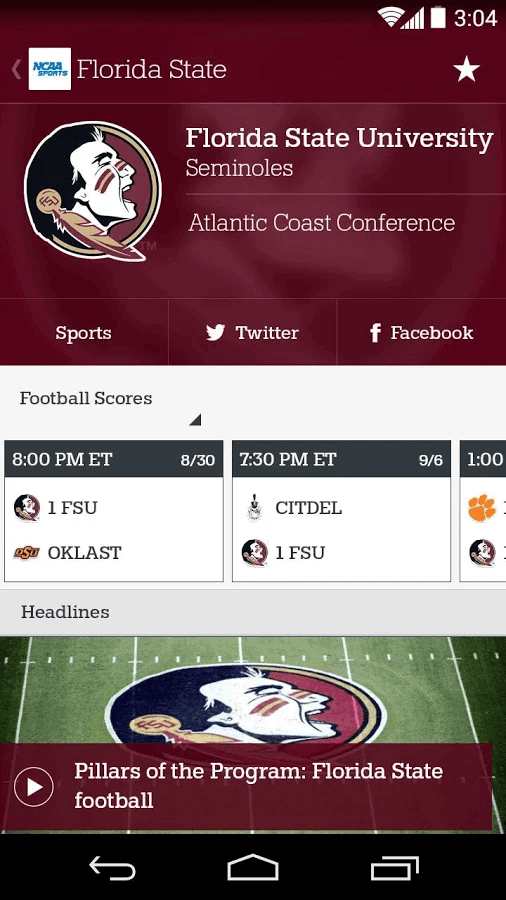 Keep up with all of college’s sports through the NCAA Sports app. Not only does it cover Football, but also Basketball, Baseball and most other sports. You’ll be able to get the latest scores as well as highlights from each game. The app will also show you the standings for each conference – and there’s a lot of them – as well as the rankings. 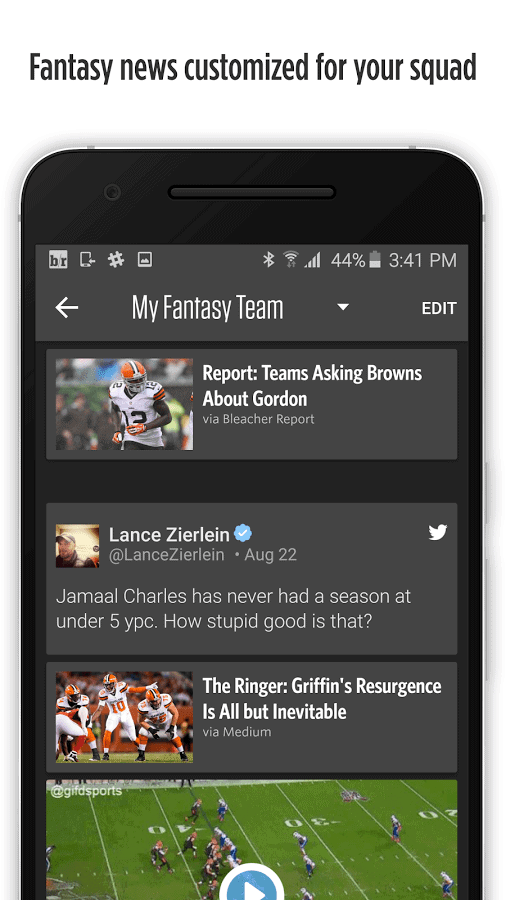 Say you only want to keep up with your own team, and not other teams in your area, conference or even across the country. That’s where Team Stream from Bleacher Report can come in handy. You are able to customize your news feed for your favorite team or teams, so that you are kept up to date with everything happening at Boston College, or USC, or whatever your favorite school is. 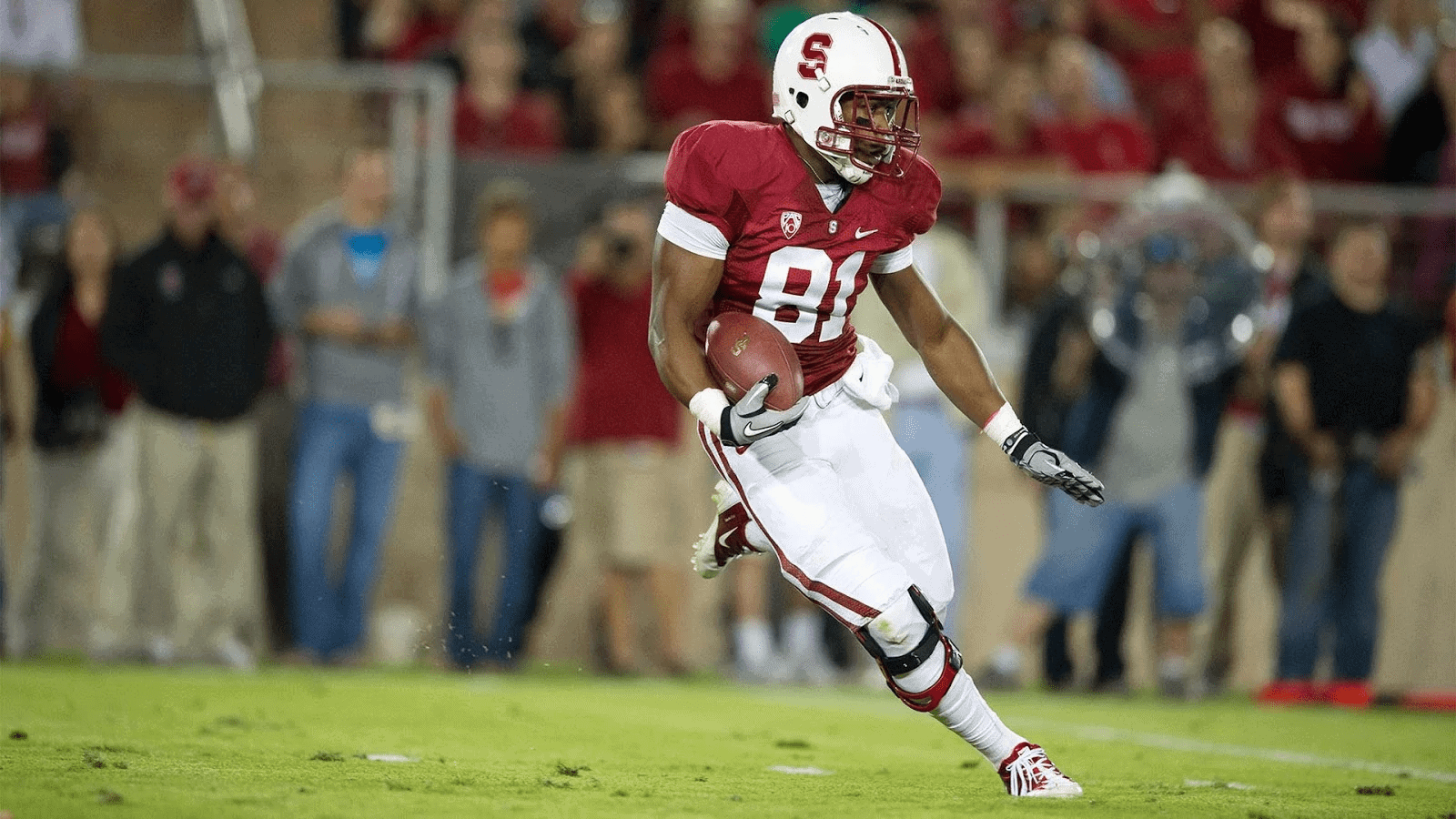 If you have a pay TV subscription, then WatchESPN is a must-have app for the College Football season. You’ll be able to watch games when you aren’t home, as well as being able to watch SportsCenter live on your smartphone. So you can be kept up-to-date with all of the breaking news and the latest scores from a Saturday filled with College Football. 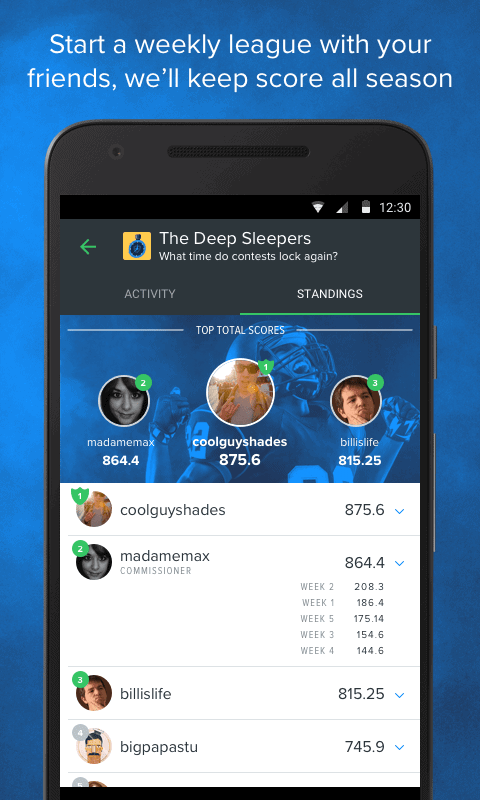 Here’s the ultimate fantasy app for College Football. With Fanduel you can select your players and they’ll only be on your roster for that weekend. Now this does involve money, so you’ll want to be careful as it is technically gambling. But many have won quite a bit of money from Fanduel, and others love it because you aren’t stuck with the same team all season long. Which is another huge plus. 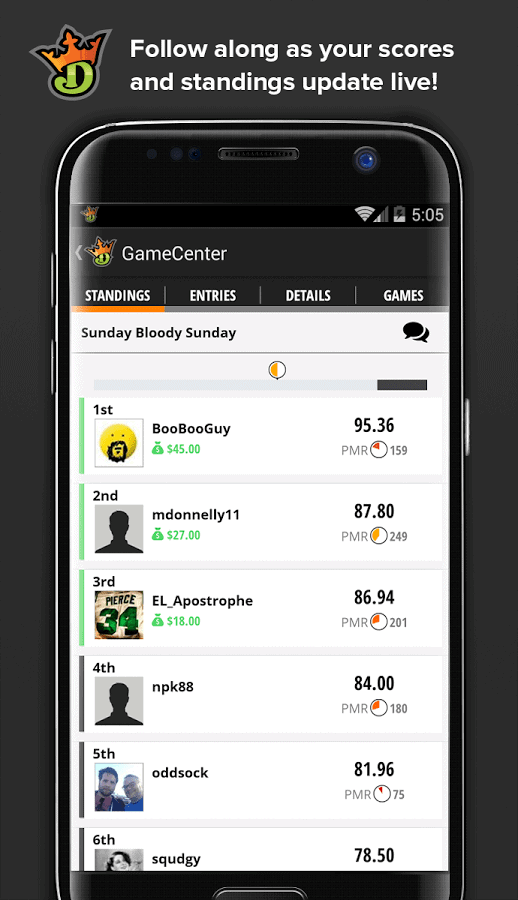 Pretty similar to Fanduel, DraftKings also lets you draft players for the weekend for your team. It’s become a pretty popular app, and in fact, over $1 billion was paid to winners in 2015 alone. So players are definitely making money off of their fantasy teams in DraftKings, which makes the whole fantasy football thing a bit more fun. 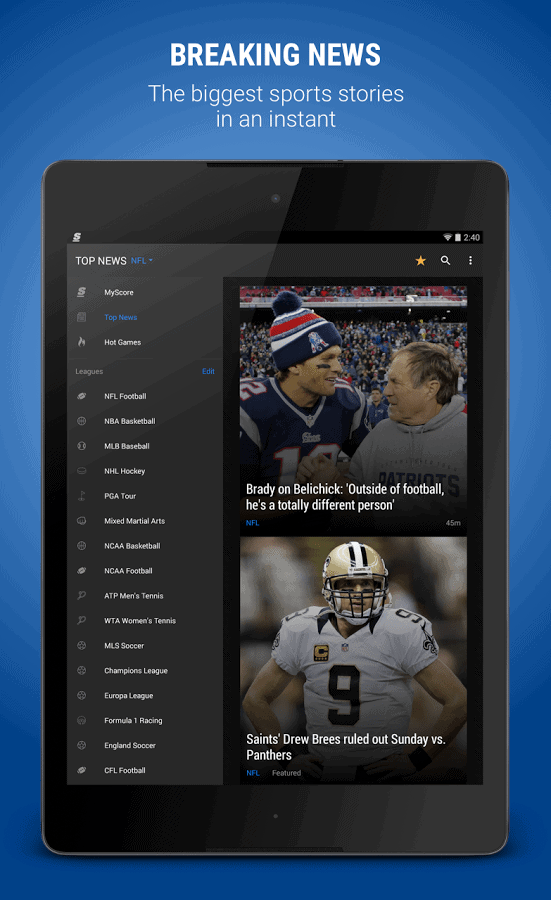 Perhaps one of the best all-around sports apps available. theScore brings you the latest in College Football – as well as other sports. This includes the latest stats, standings, scores, highlights and so much more. They even bring the latest news for each team, into their app. So you can stay up-to-date with everything that’s happening with your team and your favorite players. 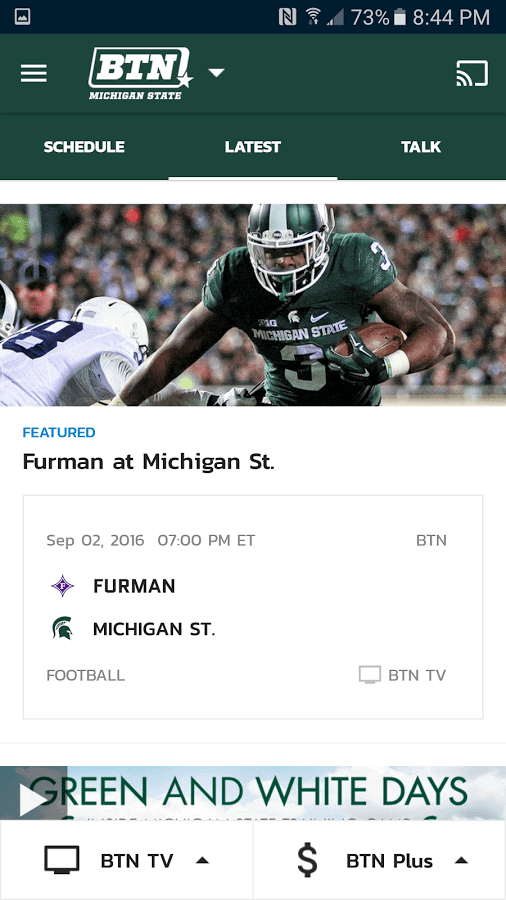 If you’re located in the midwest, chances are you root for a Big Ten school. Whether that be Michigan State, Iowa, Northwestern, Nebraska, Rutgers or another school, the BTN2Go app is something you definitely need in your arsenal. It does require a Pay TV subscription, so you’ll need to login through your provider and then you’ll be free to watch all the games you could want, on your smartphone for free. 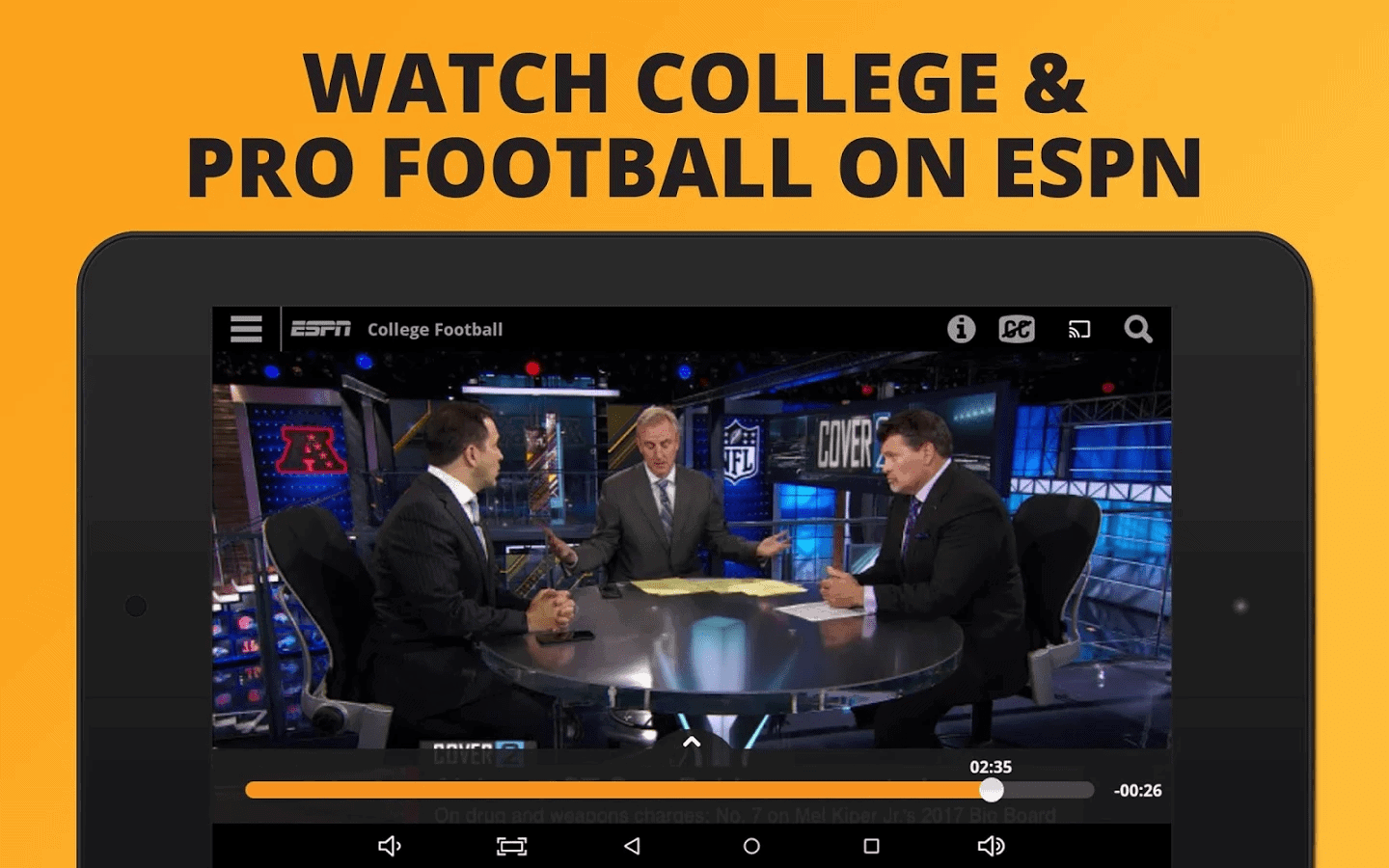 If you don’t subscribe to a Pay TV service from Comcast, AT&T, DIRECTV or any of the other providers out there, you may want to look at Sling TV. They offer live streaming TV over WiFi, which you can watch on your smartphone, tablet, or even Android TV. Additionally, they have a slew of ESPN’s networks available, so you can watch endless amounts of football – whether it be college of the professionals. And it all starts at just $20 per month.