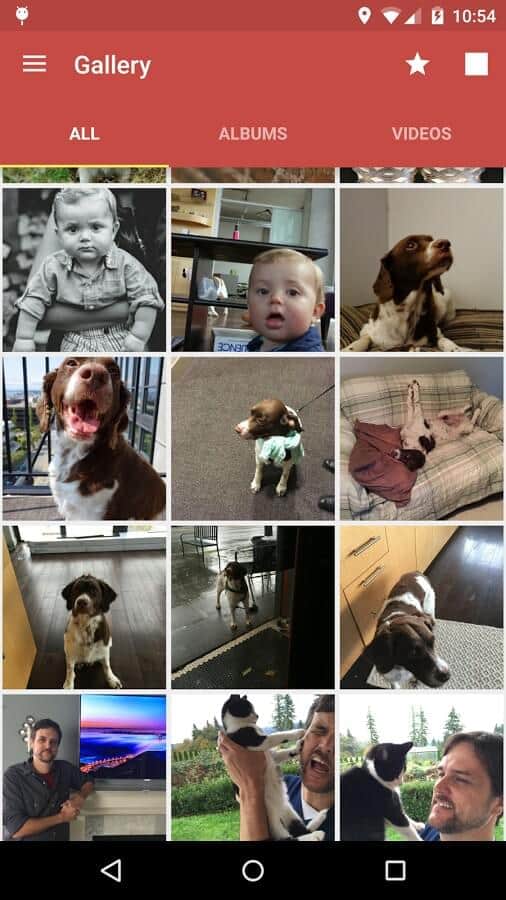 AllCast is one of the most popular casting apps on Android, in general. This app has had some issues in the past (bugs), though most of those seem to be resolved now. It allows you not only to cast to the Google Chromecast, but also to the Amazon Fire TV, Apple TV, Xbox 360, Xbox One, Roku, etc. The design of this app is also something that is worth mentioning, as it looks really nice and clean, which is quite important these days. The ‘Premium’ version of this app is also available. 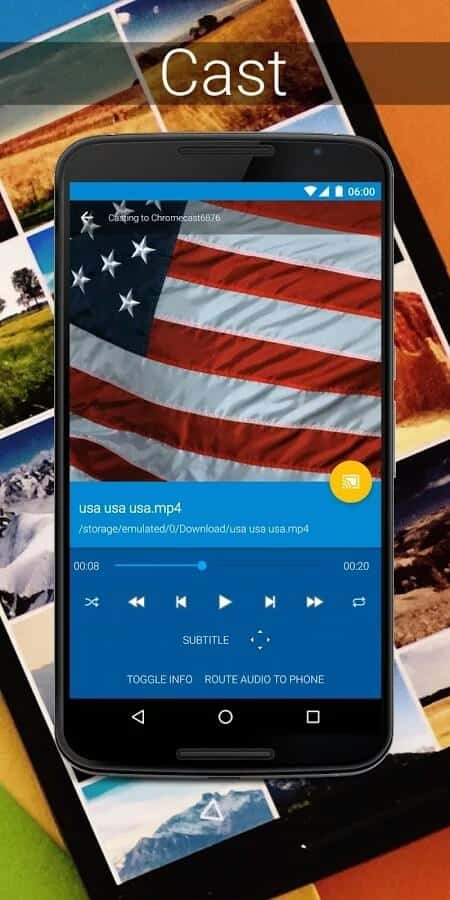 LocalCast is a direct competitor to AllCast, as it also offers nice, clean design, and is a multipurpose app which can stream not only to Chromecast but also Roku, Fire TV, Xbox 360, Xbox One, etc. This app actually comes with a ton of features, and it basically allows you to stream content to any other DLNA device as well, other than the ones that we’ve listed. Much like AllCast, this app is free to use. 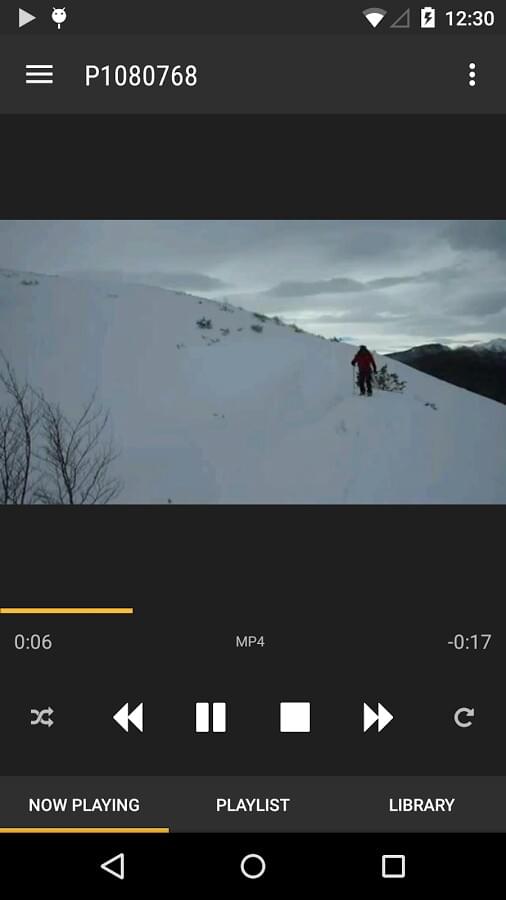 BubbleUPnP is a very capable app with a rather odd name. You can stream music, photos and videos through this app to various devices, while it also comes with an extensive Chromecast support, and it supports subtitles with custom appearance, which will certainly come in handy to some of you. The BubbleUPnP app is well designed, and it generally has really positive reviews in the Google Play Store, while it is free to use. 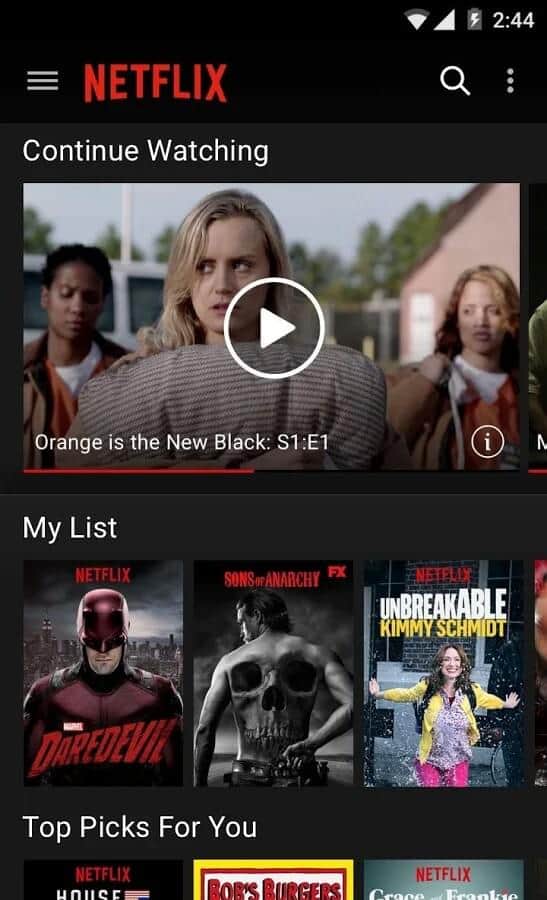 No matter where you live, chances are you’ve heard of Netflix, one of the most popular video subscription services in the world. Well, as most of you know, Netflix’s official app is available in the Google Play Store, and it comes with a Chromecast support. What does this mean? Well, all you need to do is to stream a TV series or a movie from your smartphone to your TV through Google Chromecast, and you’re good to go. 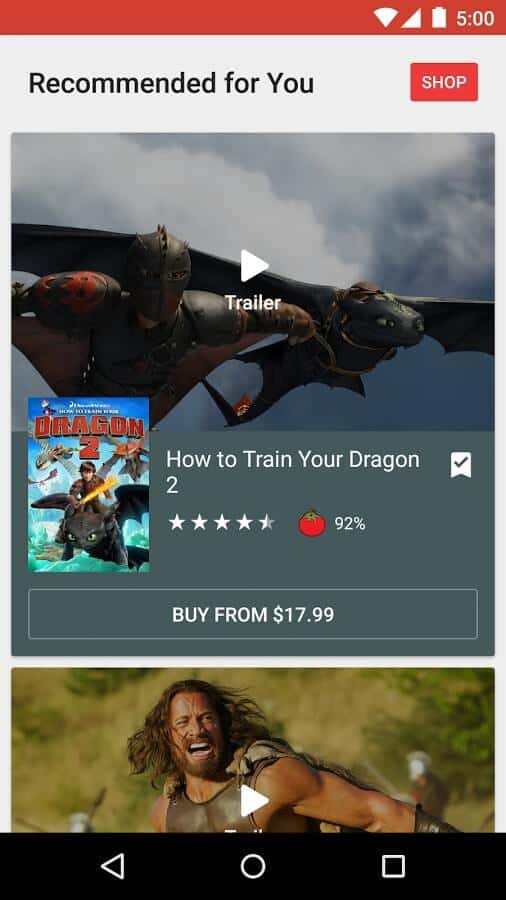 As you probably already know, you can watch movies and various shows through the Google Play Movies & TV on your smartphone. All you have to do it purchase or rent a show from Google, and you’re good to go. Now, considering this is Google’s very own app, it’s not exactly surprising that it comes with Chromecast support, now is it? Streaming works really well in this case, as it does on every other app on this list. 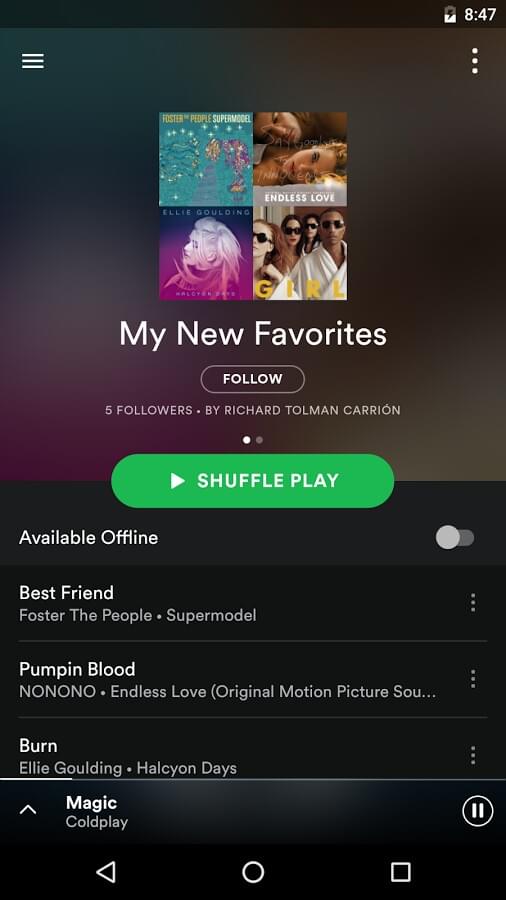 Spotify is one of the most popular music streaming services out there, and somewhere between 100 and 500 million people downloaded the app thus far. The app on its own is great and quite functional, and it also offers Chromecast support. In case you want to throw some music from your phone to some other device where you have Google’s Chromecast hooked up (and quite possibly better speakers), you can do so without an issue. 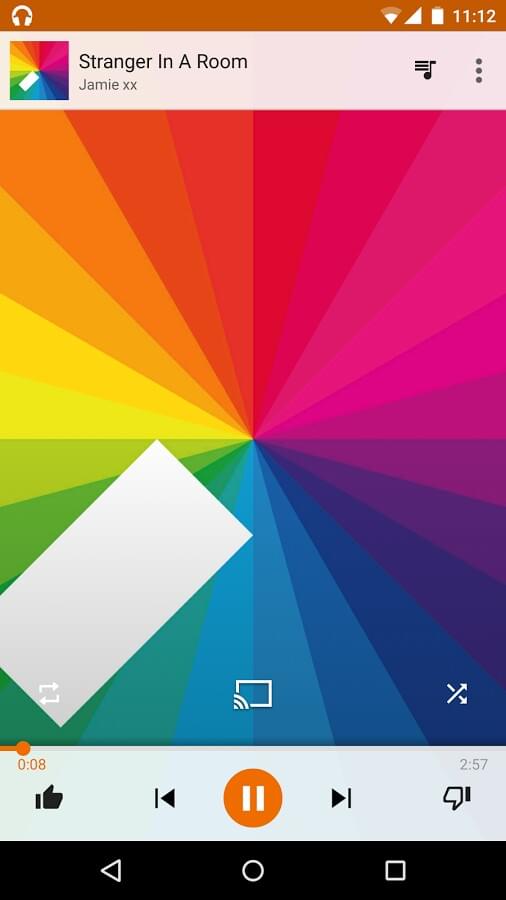 Google Play Music is, much like Spotify, an incredibly popular music streaming service. Whether you’re listening to music from your device, music you’ve uploaded to Google’s servers or perhaps you have purchased a license to listen to music available from Google, you’re able to stream it through the company’s app, as it is fully compatible with the Google Chromecast dongle. 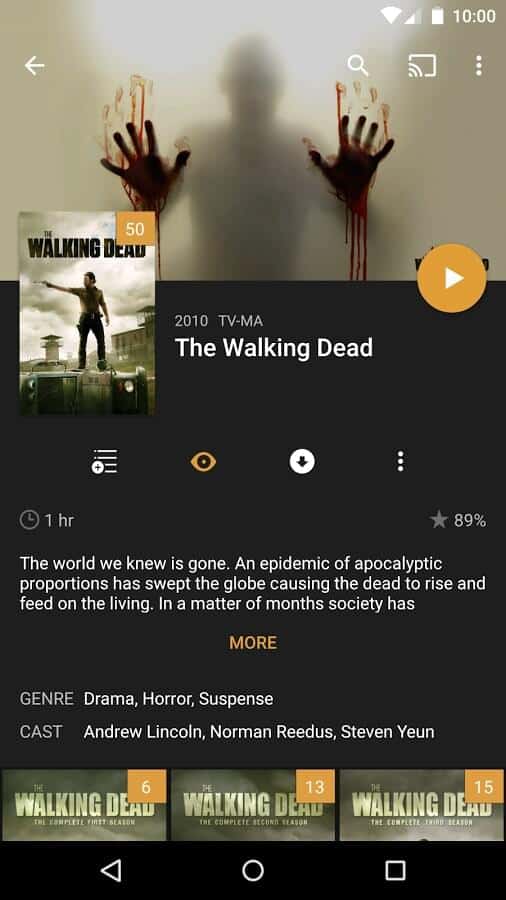 Plex is a really powerful multimedia center, this service has been around for a long time now, and so has the official Android app. Plex basically organizes your media content, photos, music and video, and then lets you reproduce them. This app is compatible with the Google Chromecast, which makes it even more useful than it is on its own. The app is free to use, though in-app purchases are included here. 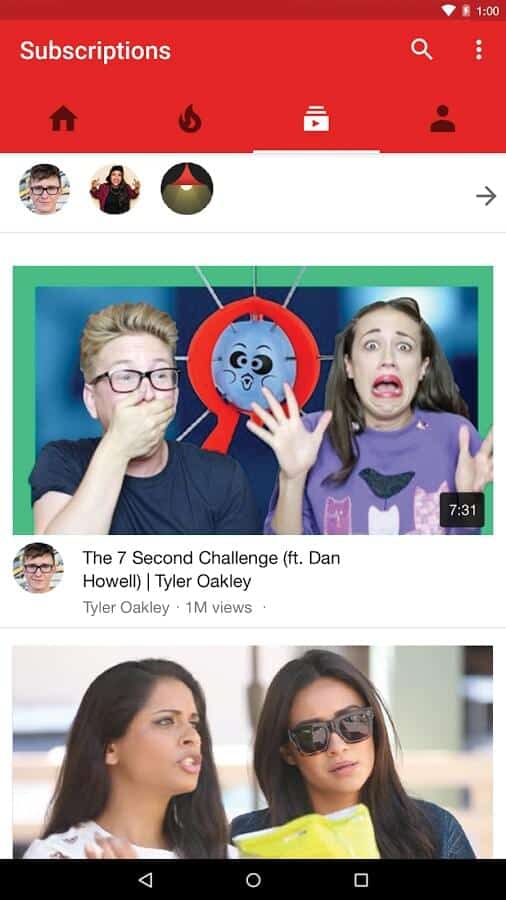 YouTube is the most popular video streaming service in the world, and as you know, this is Google’s service. The YouTube app for Android is quite capable, and it is compatible with Google Chromecast, as expected. The usage is quite simple, every video you fire up on your phone you can stream to a device where the Google Chromecast is plugged in, all you have to do is click on the ‘cast’ icon which is located in the upper right corner of your video clip on YouTube (once it’s up and running). 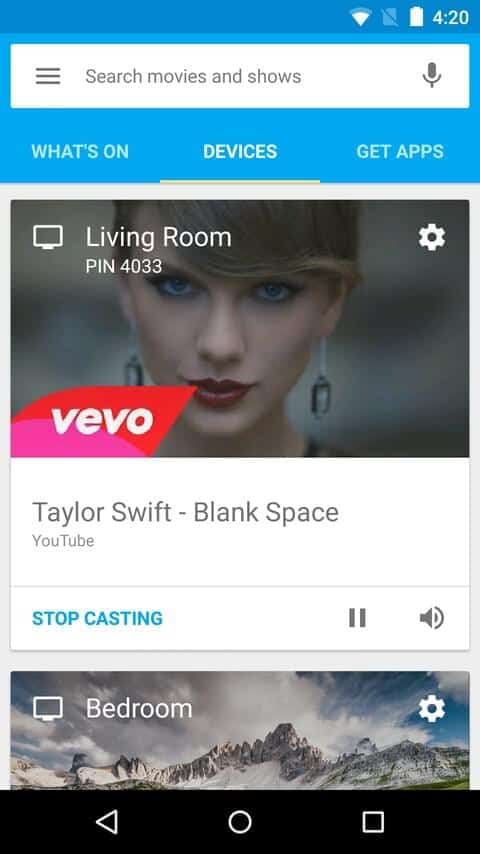 Google Cast is yet another application on this list that had been made by Google. This app allows you to stream content to the Chromecast dongle, Chromecast Audio and TVs / speakers with Google Cast built-in. The design of this app is great, presuming you like Material Design that is, and the app works really well. This application is completely free to use, and there are no in-app purchases included here.