Over the past month or so, some interesting things have happened in the world of Android, and there’s still more to come with the launch of the Pixel and Pixel XL next month. For now though, many are caught up in Samsung’s mishap with the exploding Galaxy Note 7s, but with that mostly behind us, where does this leave our list of this year’s best smartphones? 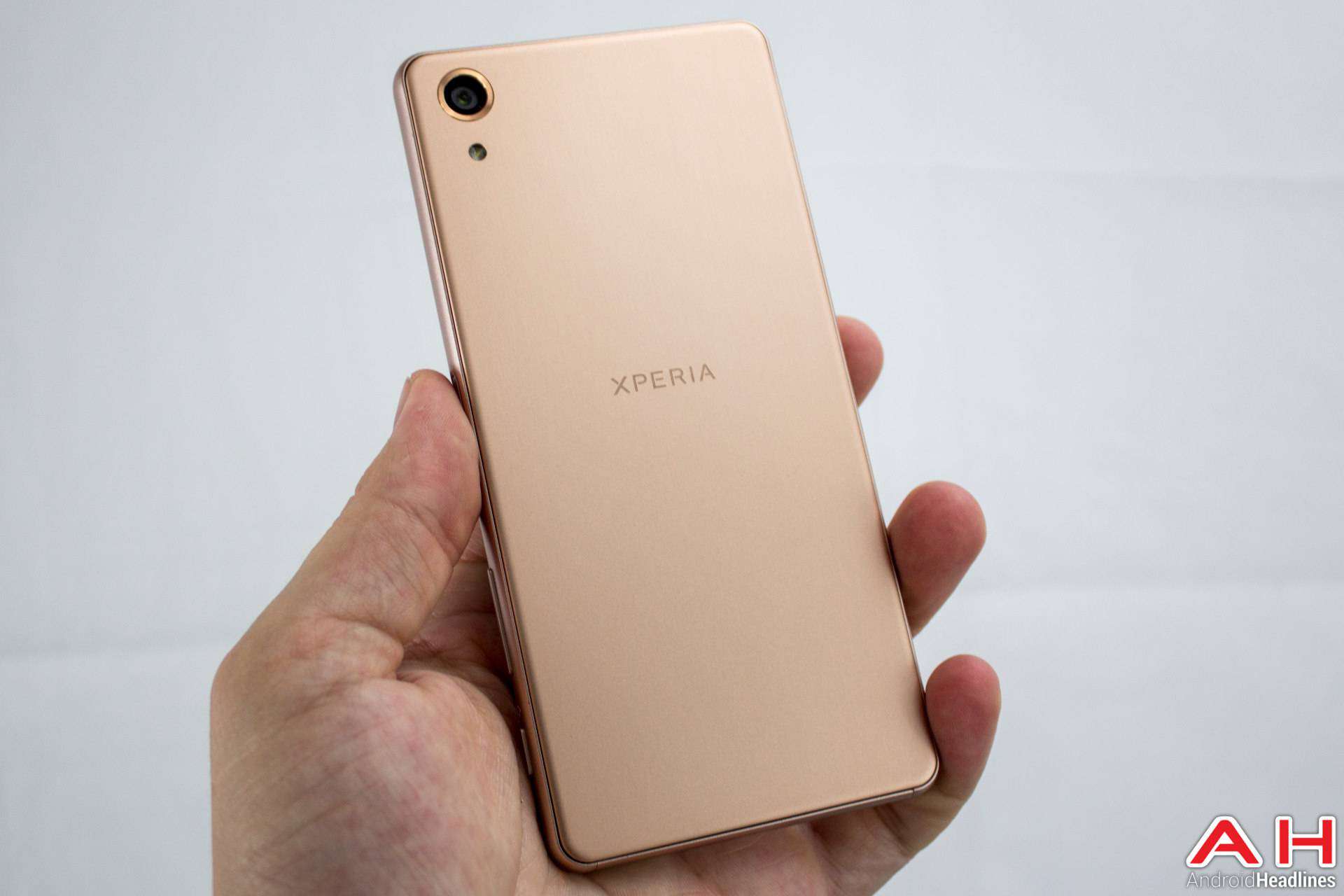 Sony has some new handsets on the market, including their new Xperia X Compact, but it’s hard to recommend that over the original Xperia X Performance. With the same quad-core Snapdragon 820 as many other flagship handsets these days, and a 5.0-inch Full HD display, the Xperia X Performance isn’t exactly a large device in the first place. It also packs in the same 23-megapixel camera that Sony have become known for, and in our review we found a lot to like about Sony’s little powerhouse, but it’s still something that’s on the pricier side of things, especially for what you get on the inside. 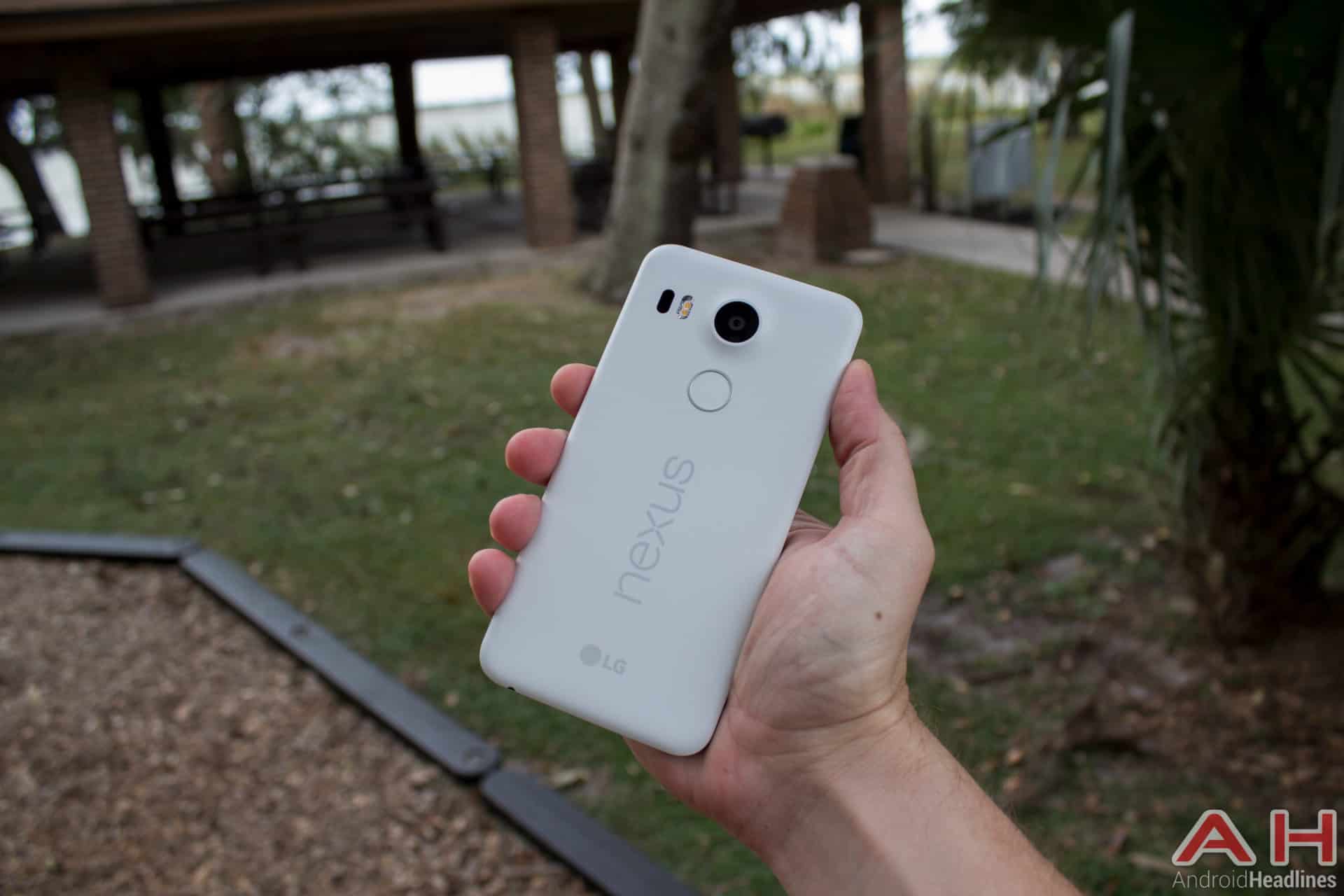 It should be of no surprise to anyone that there is a new Nexus device coming to replace the Nexus 5X, but this time it’s going be called the Pixel, with a larger Pixel XL coming for the Nexus 6P. So, where does that leave LG’s last offering? Well, it’s not that the Nexus 5X is a bad phone, it’s just that there are better options out there with better performance and a better build. Even so, with a great camera experience overall, as well as a speedy fingerprint sensor, it’s very hard to argue with the sort of prices these are being sold for now. Given that it’s now a year old, it looks like the Nexus 5X has one more major update in it, before it ends up like other Nexus smartphones. 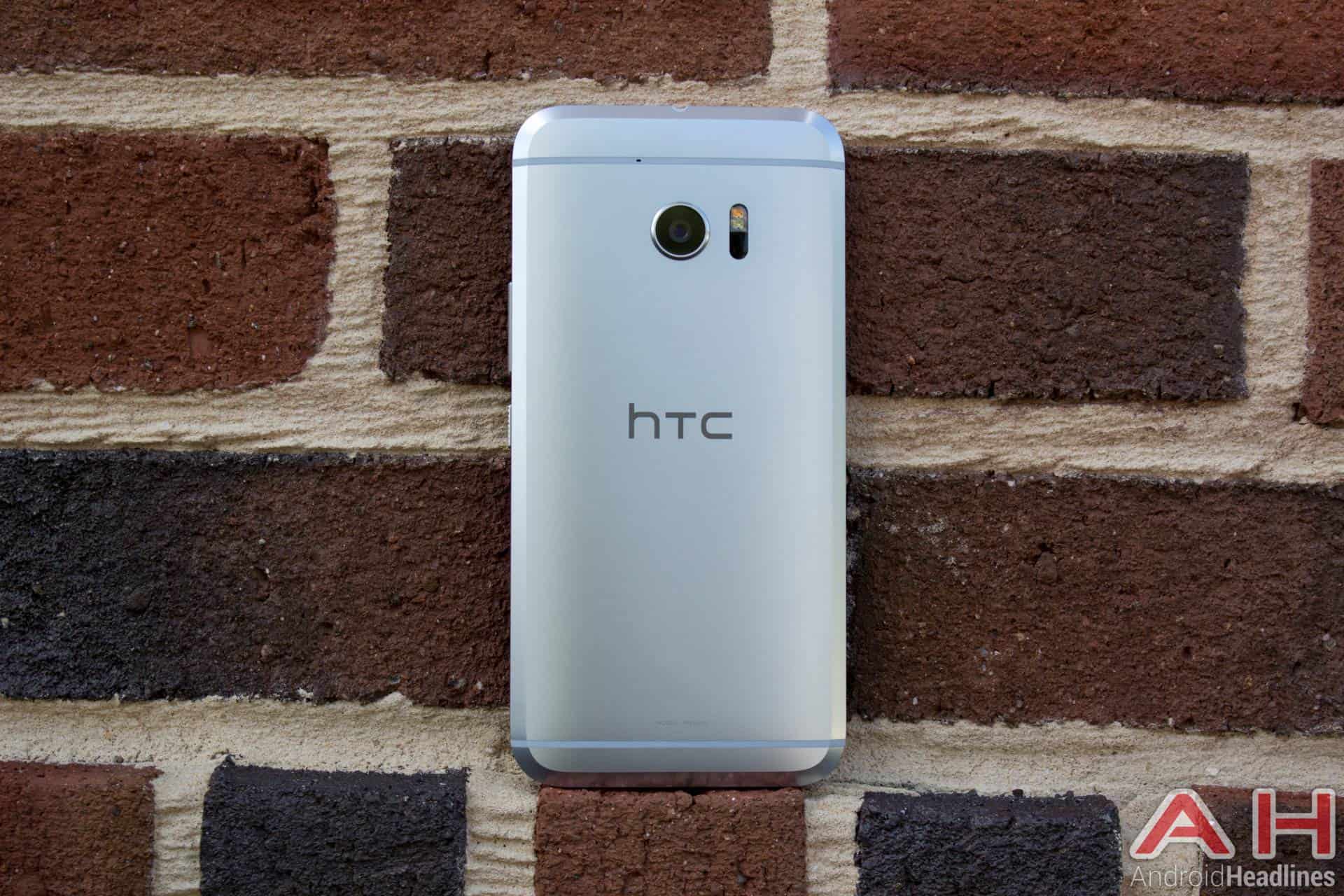 When HTC announced the HTC 10, it wasn’t exactly the biggest launch of 2016. There’s a lot that HTC has done with the HTC 10 that brings their latest up-to-spec with other devices, such as the 20-megapixel camera, the quad-core Snapdragon 820 and 4GB of RAM and a 5.2-inch Quad HD display. Aside from these facts however, there’s little beside a great look and feel that sets this out from the crowd of everyone else. Of course, HTC do have some great features inside of their HTC Sense skin on top of Android, and the whole experience is really quite good, but it’s a standard experience, and one that feels a little dated compared to the different things and lower price points that other manufacturers out there are doing these days. 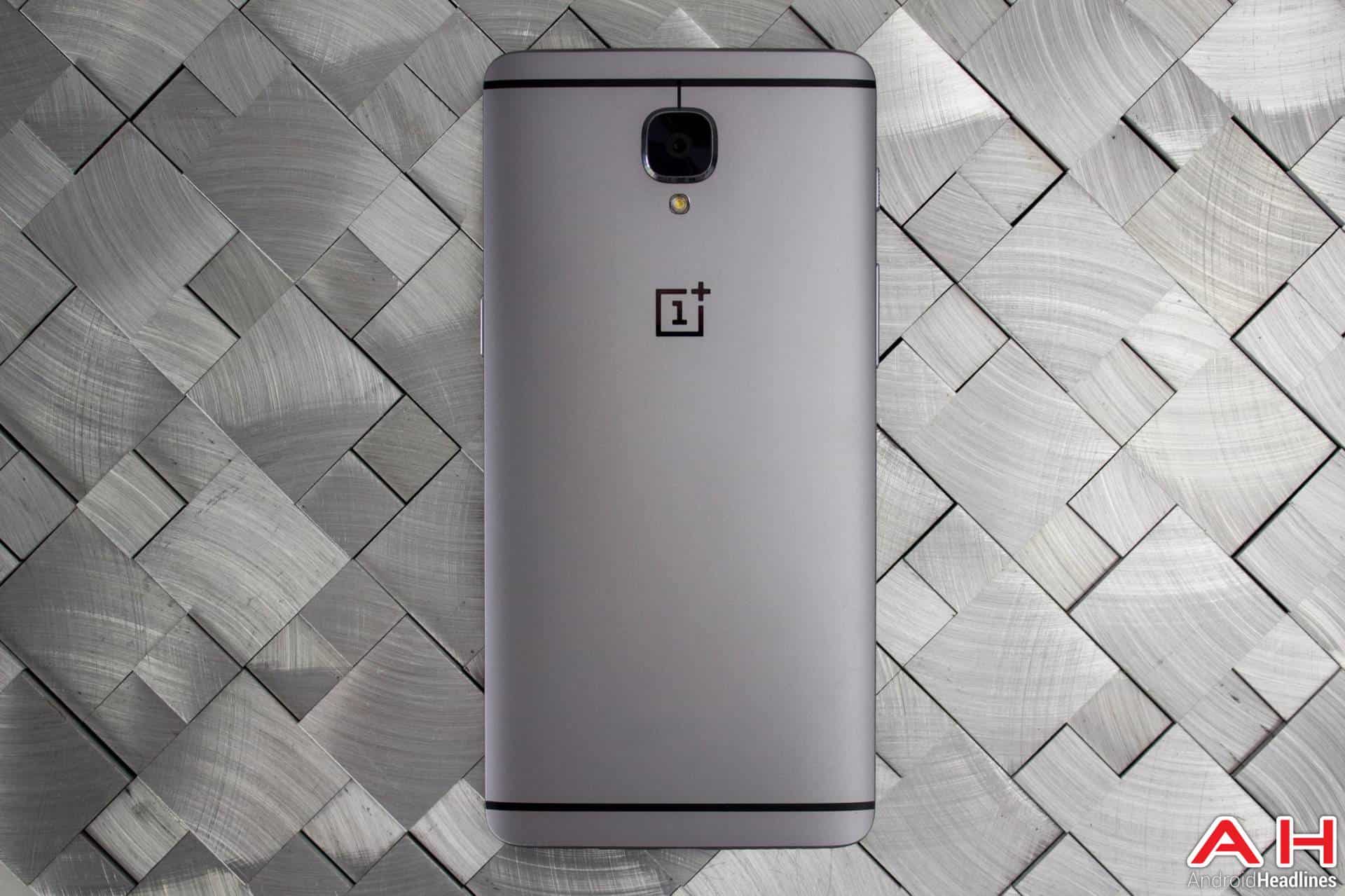 Ever since the original OnePlus One, the Chinese firm has steadily risen to the top of the budget market, offering some seriously impressive devices that cost a lot less than you might first think. The OnePlus 3 only carried this on, even if the overall design might have put for some die-hard fans that still liked the OnePlus One and OnePlus 2 designs. With a Snapdragon 820 and a ridiculous 6GB of RAM as well as a Full HD AMOLED display, OnePlus once again have something on sale that retails well below what competitors have been asking for. For the most part, the OnePlus 3 is everything you could ask for in a phone, but the price tag is the real star of the show, and as it arrives on networks like O2 in the UK, we might start to see even more of OnePlus going forward. 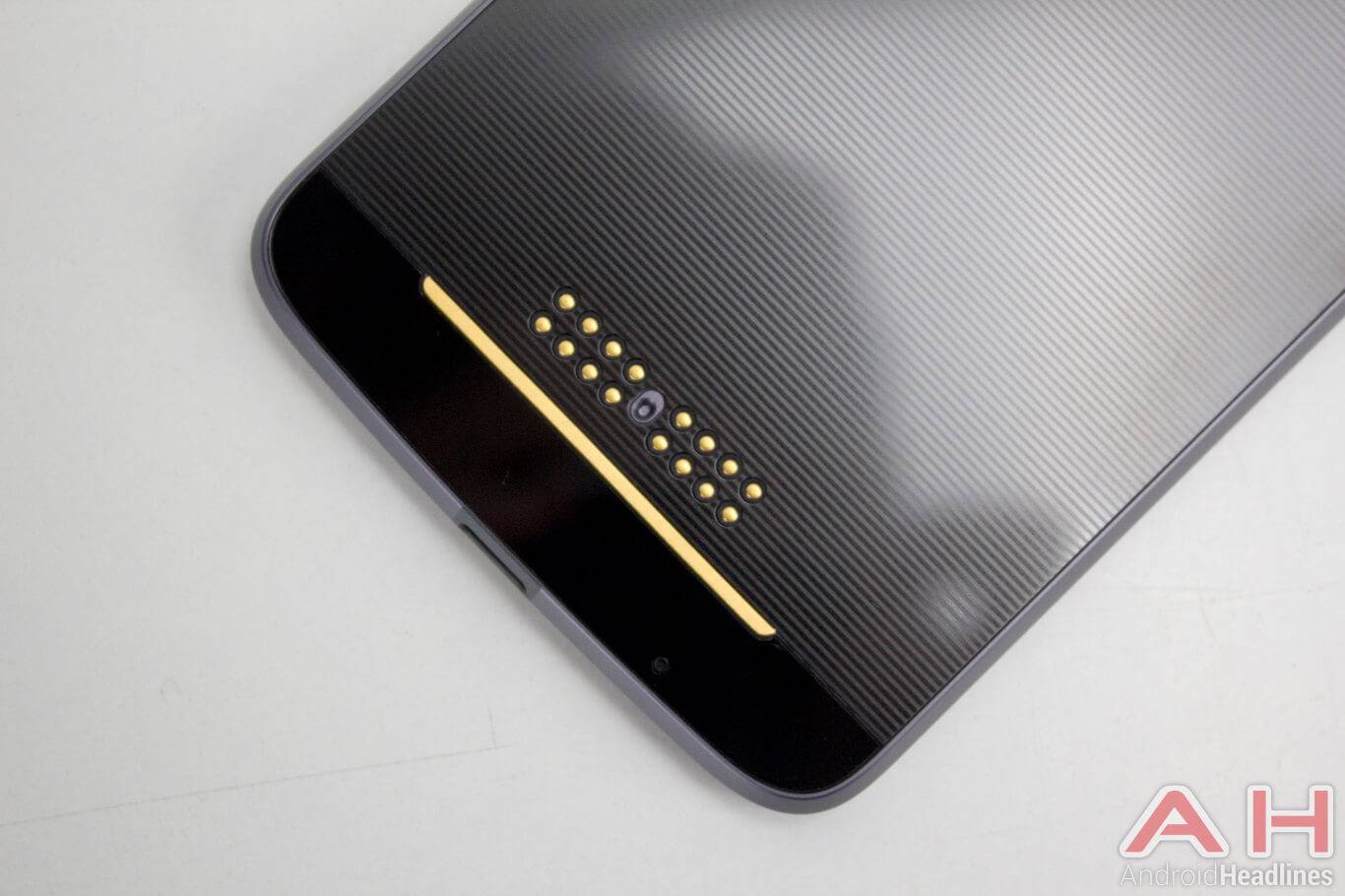 Those pins in the above shot is what the Moto Z line is all about, and the Moto Z Force is arguably the best phone that Motorola has ever made. While this modular madness is clear to be catching on in the future, whether or not it’s ready for today is still up for debate. The Moto Z Force, regardless of whether you get the Droid Edition on Verizon or the unlocked option, is a great phone, but it’s not a great phone out of the box. For one, the design of the Moto Z out of the box might not appeal to everyone, and attaching a back cover will get rid of those pins and bring back some Moto Maker magic, but if you want to add any of the new features that Moto Mods have to offer you, then you’ll end up paying for them. On top of that, some of the more expensive ones might not even be worth it. Regardless, Motorola and Lenovo have made what tomorrow’s smartphones might all be like, but whether or not that’s ready for right now is ultimately up to you. 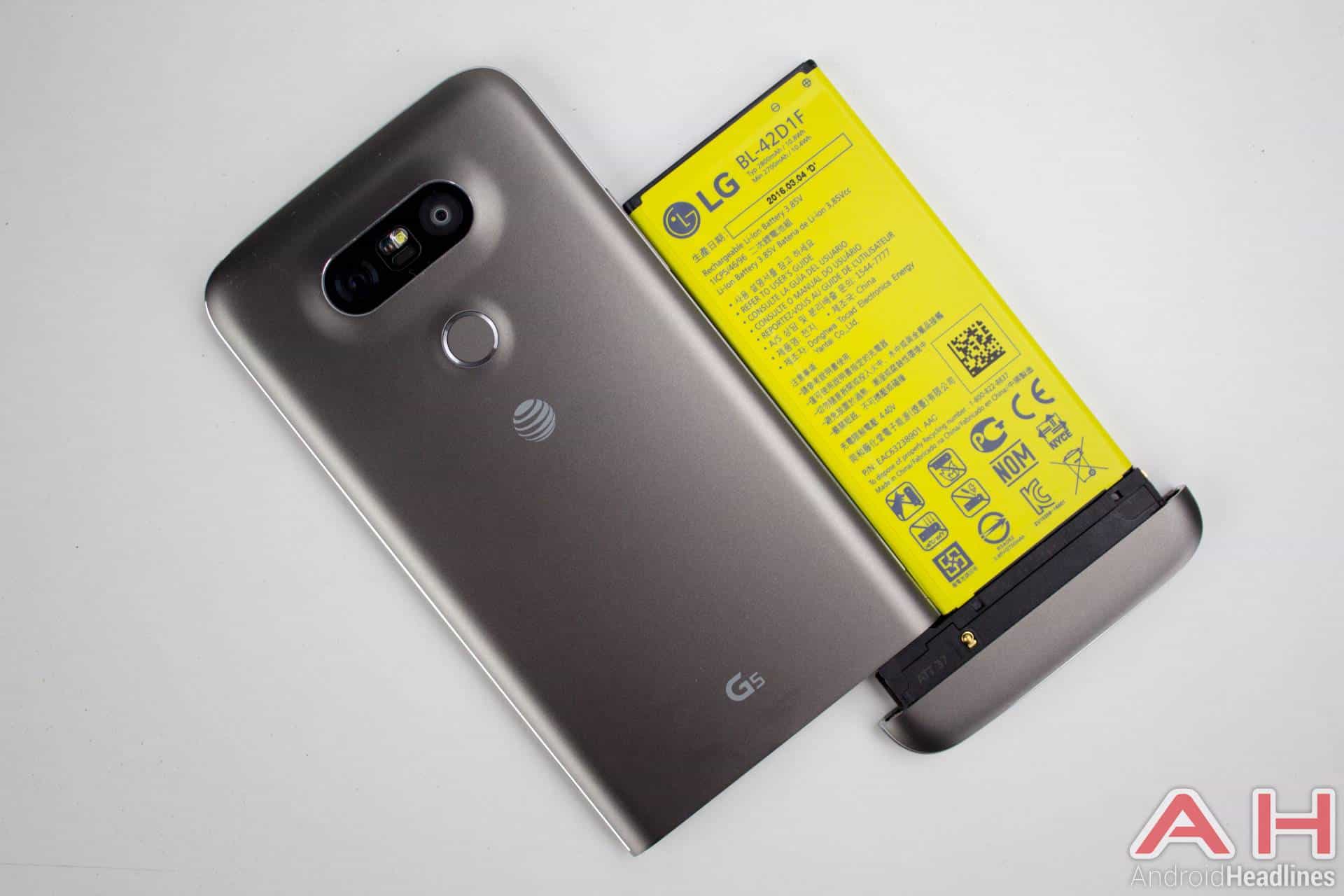 Like the Moto Z line of devices, the LG G5 is chasing a modular dream that we might not be ready for. While we could argue that the G5’s approach is a little neater in terms of making the base phone a solid, and usable unit, there’s little in the way of excitement here out of the box. In fact, LG arguably downgraded the G5 from last year’s G4, shrinking to a 5.3-inch Quad HD display, and getting rid of one great camera for one good camera and one that just has a wide-angle lens and a lower-quality sensor. It’s clear that LG was just trying to do too much with the G5, and that ultimately didn’t pay off for them. Even so, the Snapdragon 820 and 4GB of RAM, as well as bright display make for an overall great experience, but with a rocky rollout off the modules themselves and hefty price tags to match, the G5 arguably wasn’t as neat a solution as it could have been. 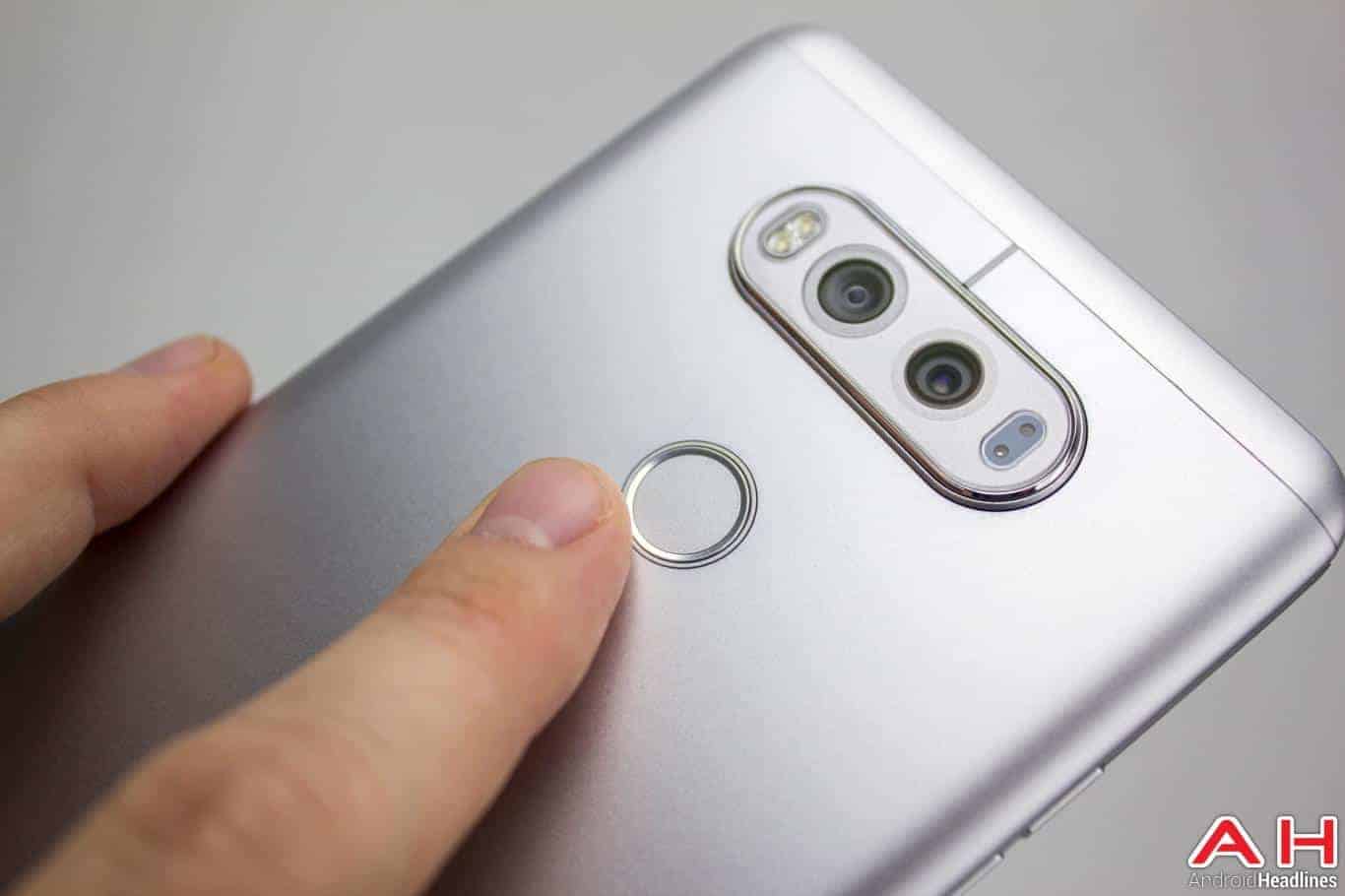 Much like last year’s V10, the follow-up V20 is absolutely packed full of great technology, and LG have really outdone themselves. With dual cameras just like the G5, as well as a whole load of new software features, the V20 presents itself as something like a G5 on steroids. It has a larger 5.7-inch Quad HD display as well as a smaller secondary display just above it that can show off little messages as well as missed calls and messages icons. Of course, the focus of the V20 is the audio side of things, with a Quad DAC system that allows for processing of sound all the way up to 24-bit 192khz natively on the device, and of course upscaling. The V20 doesn’t just play high-resolution video however, as it also allows for some of the best audio recordings out of the box than any other smartphone on this list. Needless to say, it’s worth reading our lengthy review to see what LG have put together here. 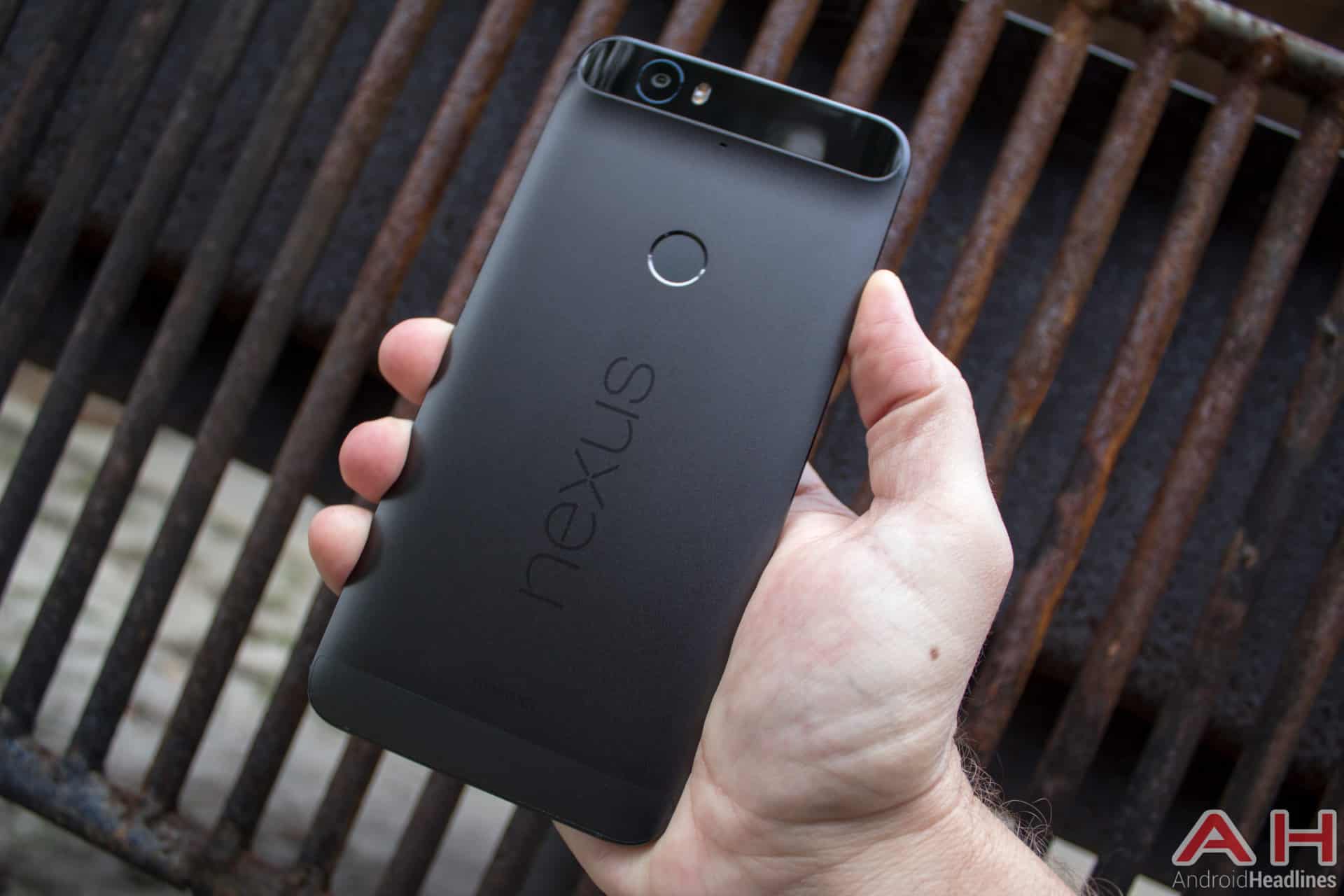 The threat of the Pixel XL is looming larger for the Nexus 6P, but given that Huawei’s first Nexus will still be updated for some time to come, and runs Nougat like a champ, users either looking to get one on the cheap or last another year with theirs should have nothing to fear. Sure, the Snapdragon 810 in this is not quite as speedy as the new Snapdragon 820, but with 3GB of RAM and a great camera, the Nexus 6P is a great smartphone, and one that’s not only built extremely well, but one that will keep on ticking well after the Pixel XL hits shelves and Google moves on from the Nexus branding. 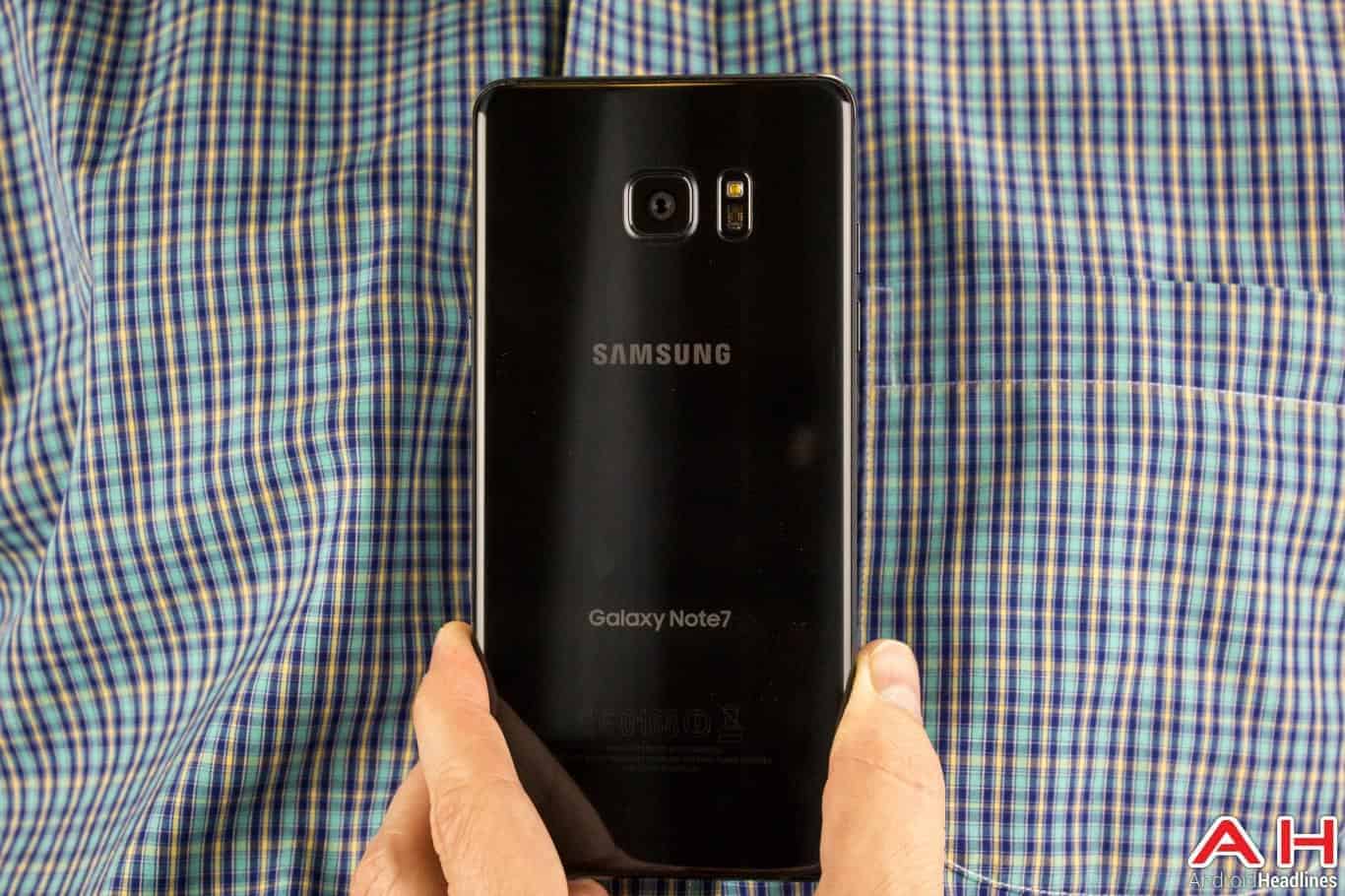 The Galaxy Note 7 used to be atop this list, and while it still deserves a high spot in this list, it’s clear that the recall has not been kind to Samsung, or their bottom line. Samsung is confident that during October, the Galaxy Note 7 will go back on general sale and they can put all of this mess behind them. Of course, that might be the case, but for a lot of consumers, they will be second-guessing the Galaxy Note 7, which is a real shame as our review paints a picture of one of the best smartphones that Samsung has ever released. The Snapdragon 820 and 4GB of RAM, as well as newly-designed S-Pen will please fans of both the Galaxy Note line as well as high-end smartphones in general. Despite the battery problems that Samsung has faced with the Galaxy Note 7, it’s still a great phone, but there’s no denying that its reputation and image have been blighted somewhat. 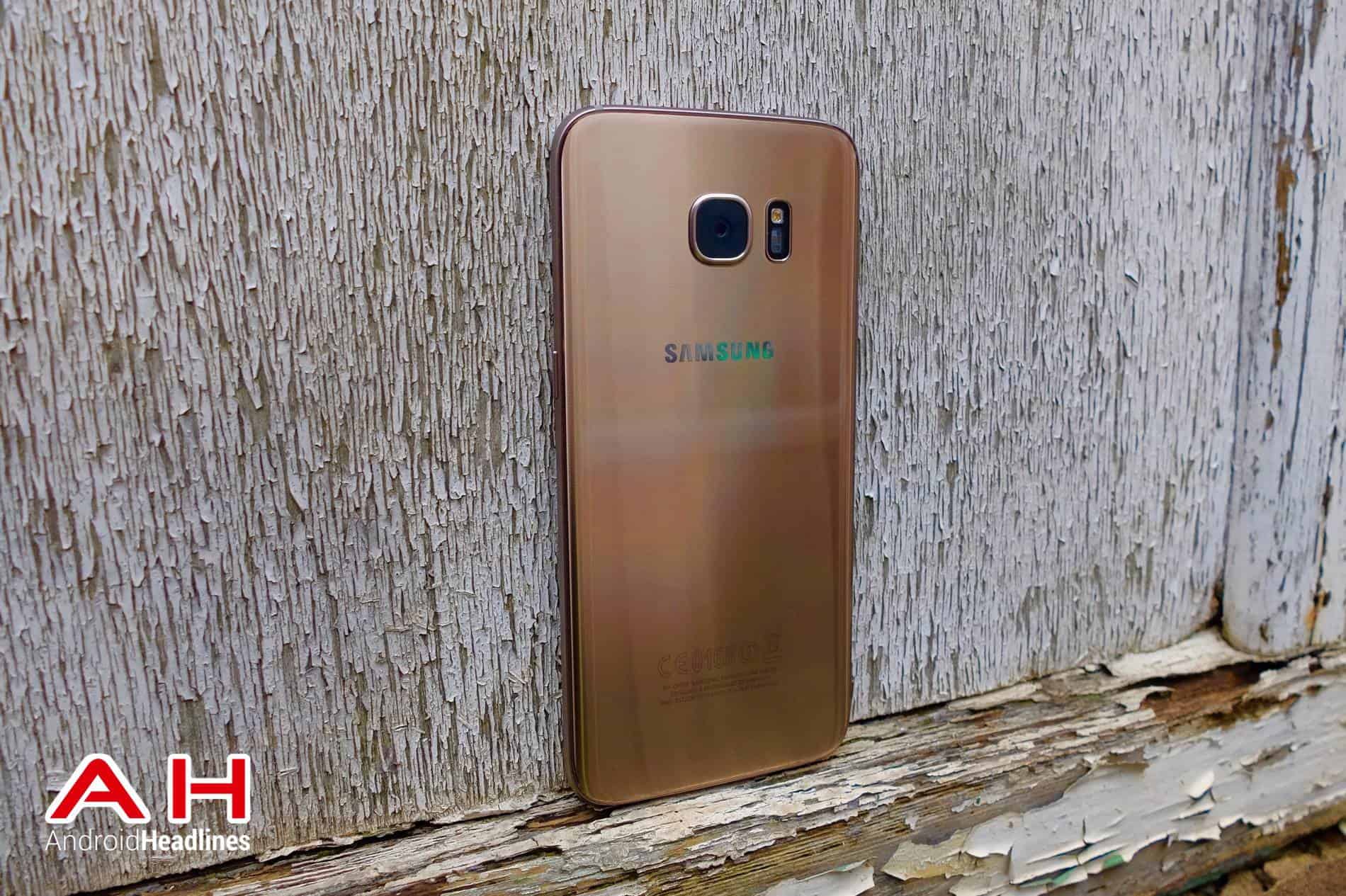 In amidst all of this Galaxy Note 7 exploding stuff, Samsung does still have another flagship, or a pair of them, on sale. The Galaxy S7 and Galaxy S7 Edge are both excellent devices and they share many of the same traits as the Galaxy Note 7. With the same camera, same processor, and same Super AMOLED display, these are great devices to choose. Thanks to some excellent hardware design from Samsung as well, these are good-looking devices that will appeal to the majority of users, and they will continue to be popular long after Samsung has finished with them.