After a little bit of a break, we’re back with a top 10 list of games for the month of September if you feel like your game inventory is getting a little bit stale. There have been quite a few great games dropped into the Play Store recently, and with the weekend coming up there’s no better time to dive into some new mobile game content, or at the very least find something worthy of playing over the weekend when you have some down time. With that said, here’s our list of 10 games that you should definitely look into. 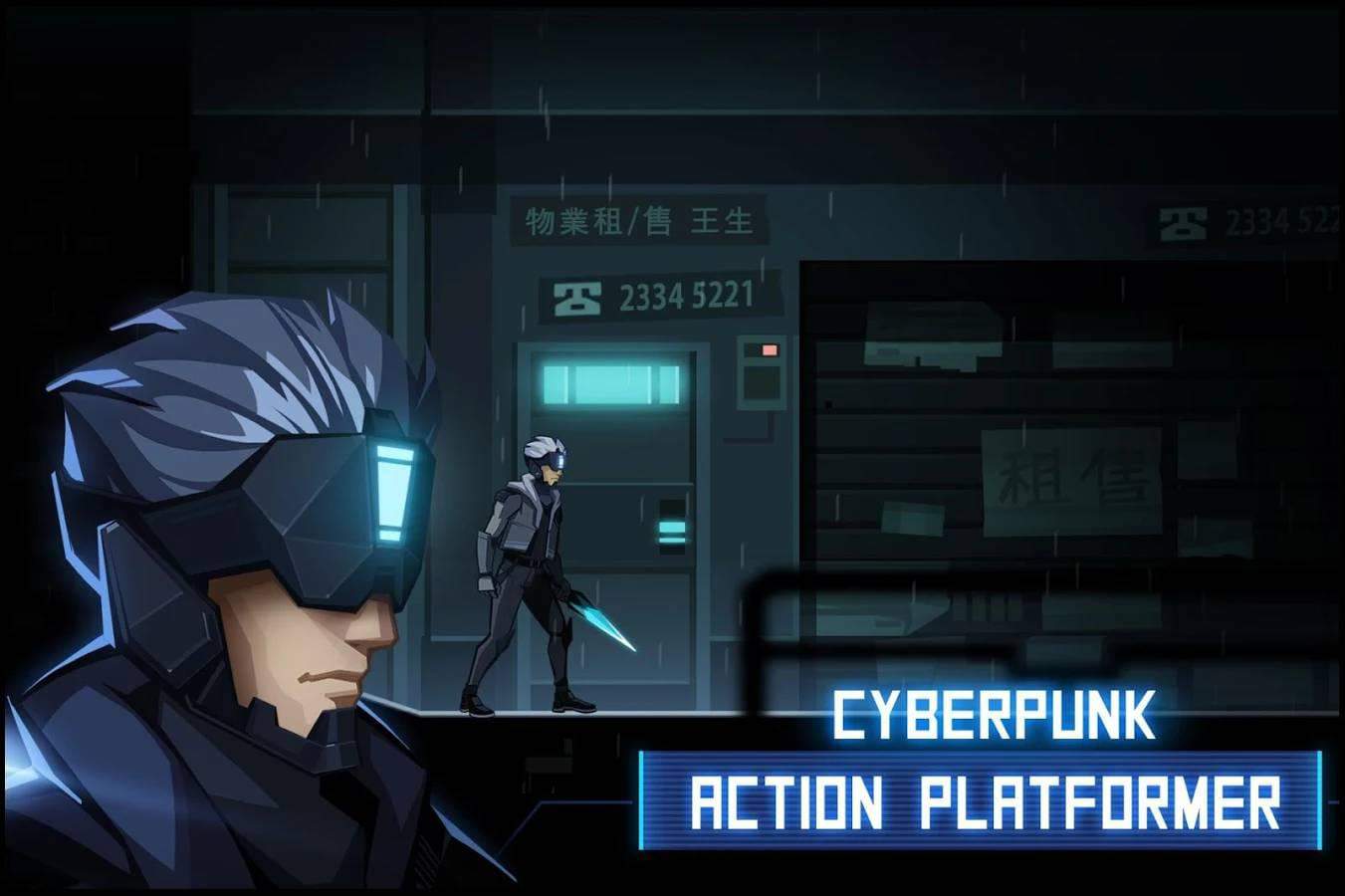 We’ll kick this list off with a game called Into Mirror, which is a side-scrolling action game that features a cyber punk theme through and through. First off, the game is in an unreleased status as it’s part of the early access program on the Play Store, but you can still install it. The game features some great looking visuals, and the audio used helps to present an immersive gaming experience. The gameplay is very much like a platformer and at current it has 2o levels you can go through and complete. You’re able to upgrade your characters gear and abilities as well as discover hidden areas. The game may feel like it’s unfinished, and if it does it’s ok, because it is. Having said that, Into Mirror looks and feels immensely promising and should only get better. 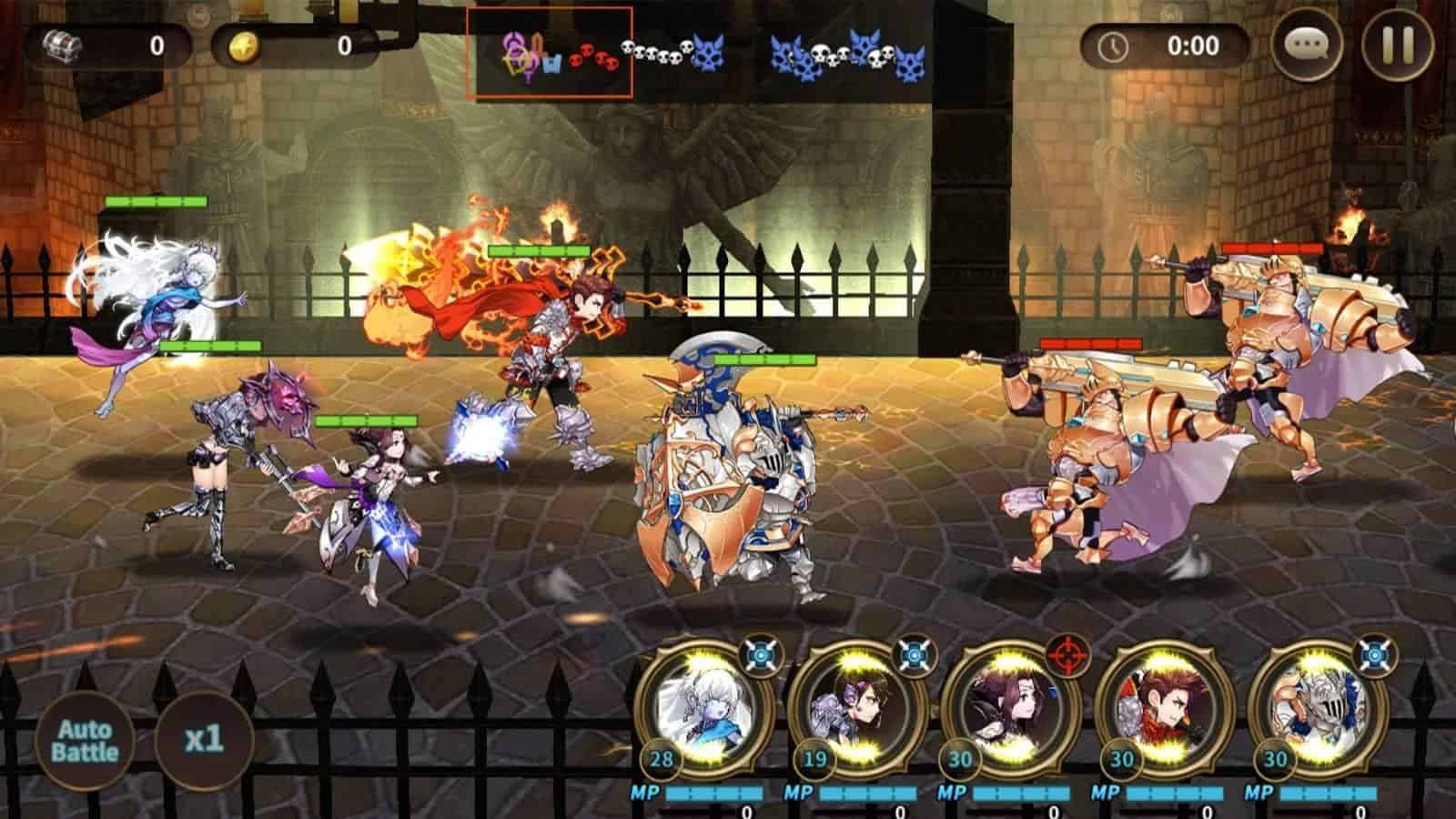 This is a side-scrolling action RPG, which follows much in the vein of games like Dragon’s Crown on PS Vita. It even features a similar style of graphics, which is a huge boon for anyone who enjoys lush, vibrant eye candy. The game features both an adventure mode and a PvP mode for those that wish to compete against other players, and you’ll also find raid bosses, gear collection, and an upgrade system for your equipment inside. The game also harbors a fairly vast collection of heroes to collect each with their own unique skills which helps to make it feel more robust. 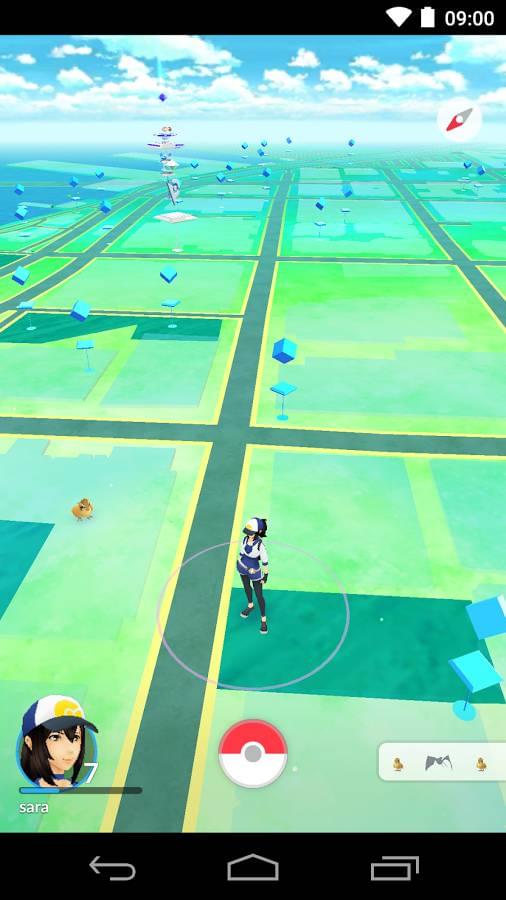 I would be remiss if I didn’t mention Pokémon GO. The game is hugely popular and has taken the globe by storm. If you’ve played Ingress before, you are already familiar with the base of Pokémon GO. Explore the real world, only this time you’re hunting down Pokémon and are able to level them up, take over gyms, and in upcoming updates you’ll even be able to trade Pokémon and you should eventually be able to battle other Pokémon trainers. 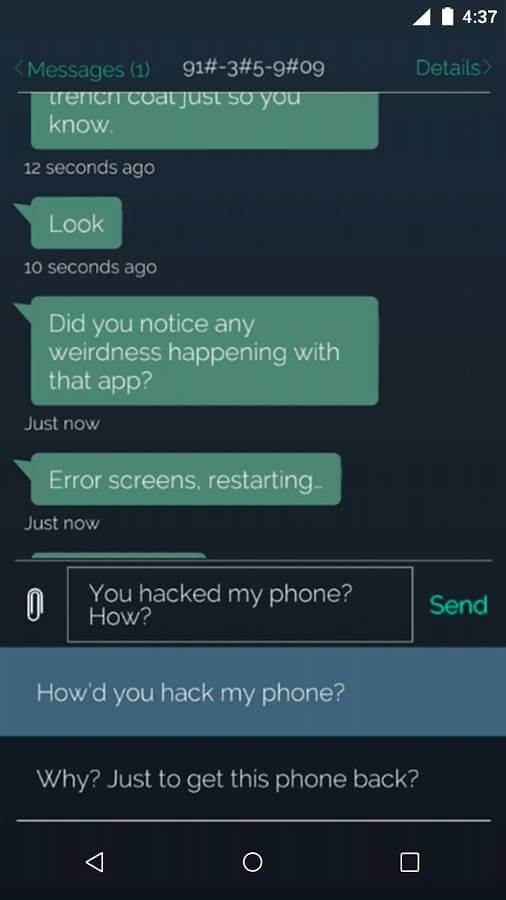 Adventure games are well-known for making you feel like you’re actually part of the story, and this is essentially what the Mr. Robot game seeks out to achieve. This is a Telltale Games title, and as the name suggests it follows the story elements of Mr. Robot. If you’re a fan of the show, this is well worth checking out as it places you right in the middle of things as if you’ve found a phone that belongs to one of the hackers. The game takes places over the course of a week in real-time as you have a conversations through text, and as always with Telltale Games titles, your choices drive the narrative. 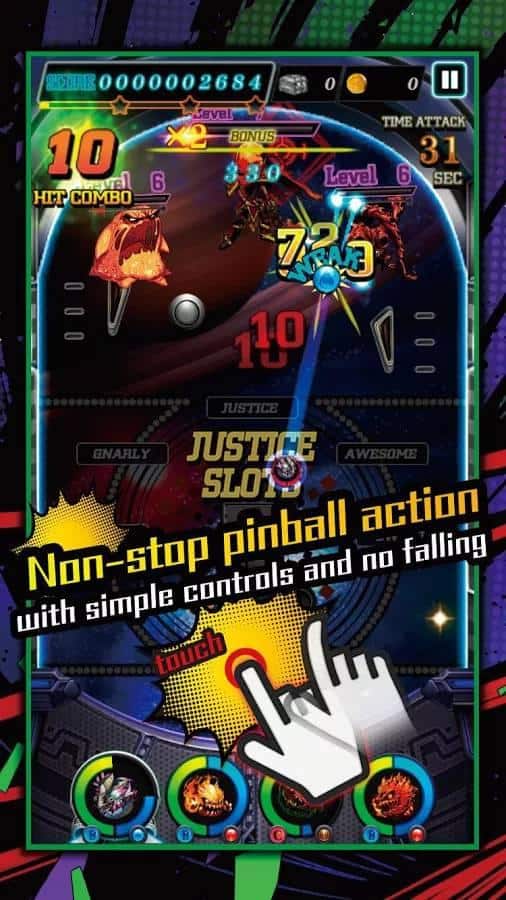 This is a mobile version of the pinball style game that you’ll be able to play in Final Fantasy XV, and although not quite like actual pinball it has enough elements to delight pinball fans and Final Fantasy fans alike. The gameplay is fairly simple as all you have to do is tap your finger on screen and flick in the direction of your enemies. There are different orbs to collect each with their own abilities, and this is a Final Fantasy themed game so expect plenty of nostalgia if you play other Final Fantasy games. 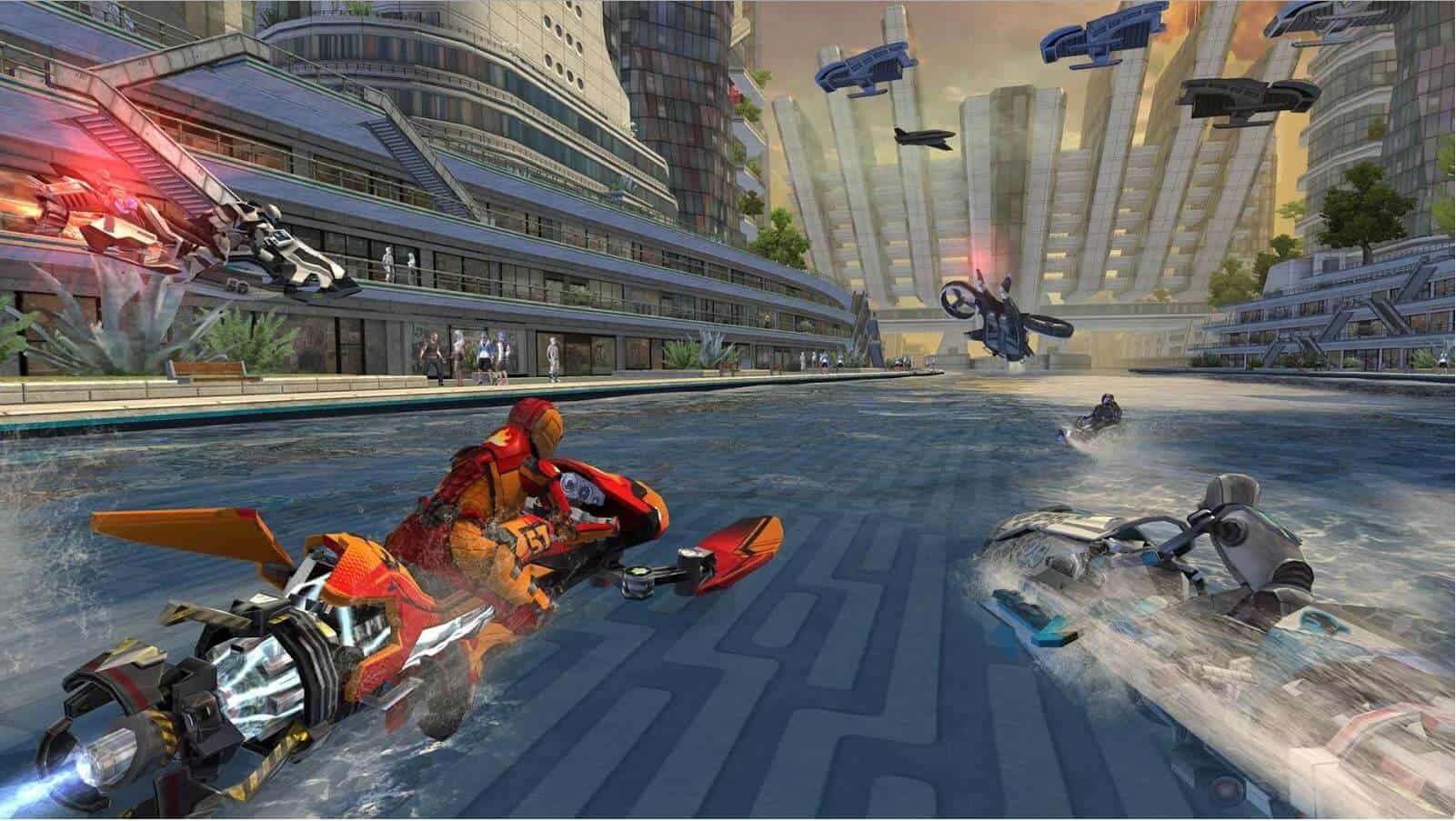 This is the latest racing title from the Riptide series from Vector Unit. Like their previous titles in the franchise, there are some amazing graphics to ogle at, as well as loads of action in an adrenaline-filled rush on the water. You can complete stunts during races, upgrade your rides or get new ones, and work your way through the expansive career mode or play against others online. If you like racing games, this is not to be missed. 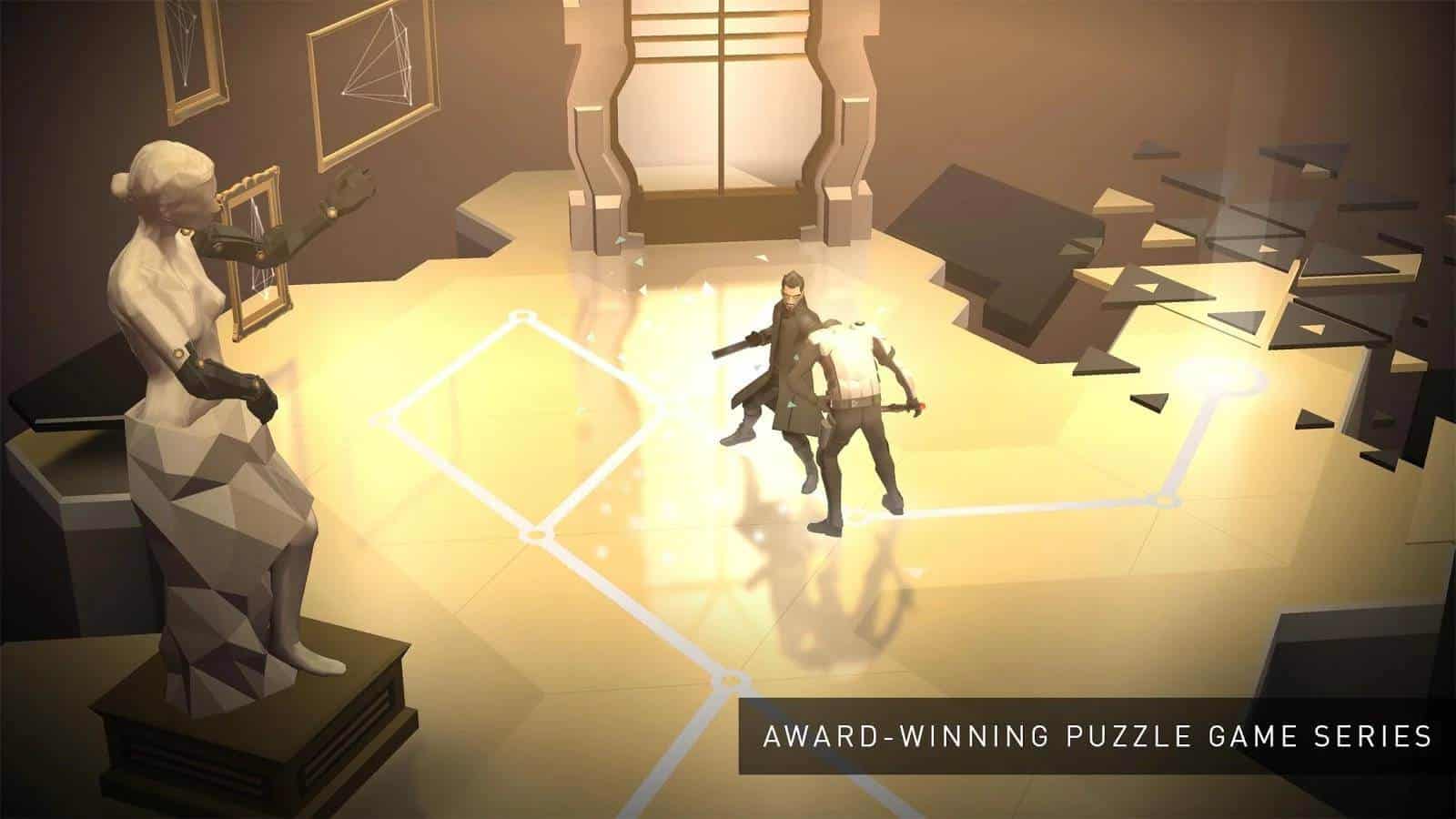 This is the third game in the “GO” series of puzzle games from Square Enix, this time taking on the theme of Deus Ex and following along with the story theme of the most recently released game in the franchise, Deus Ex: Mankind Divided. Like past GO games, you’ll have to solve tricky puzzles all while trying to make your way to specific spot on the board, avoiding enemies, traps, and other obstacles along the way. 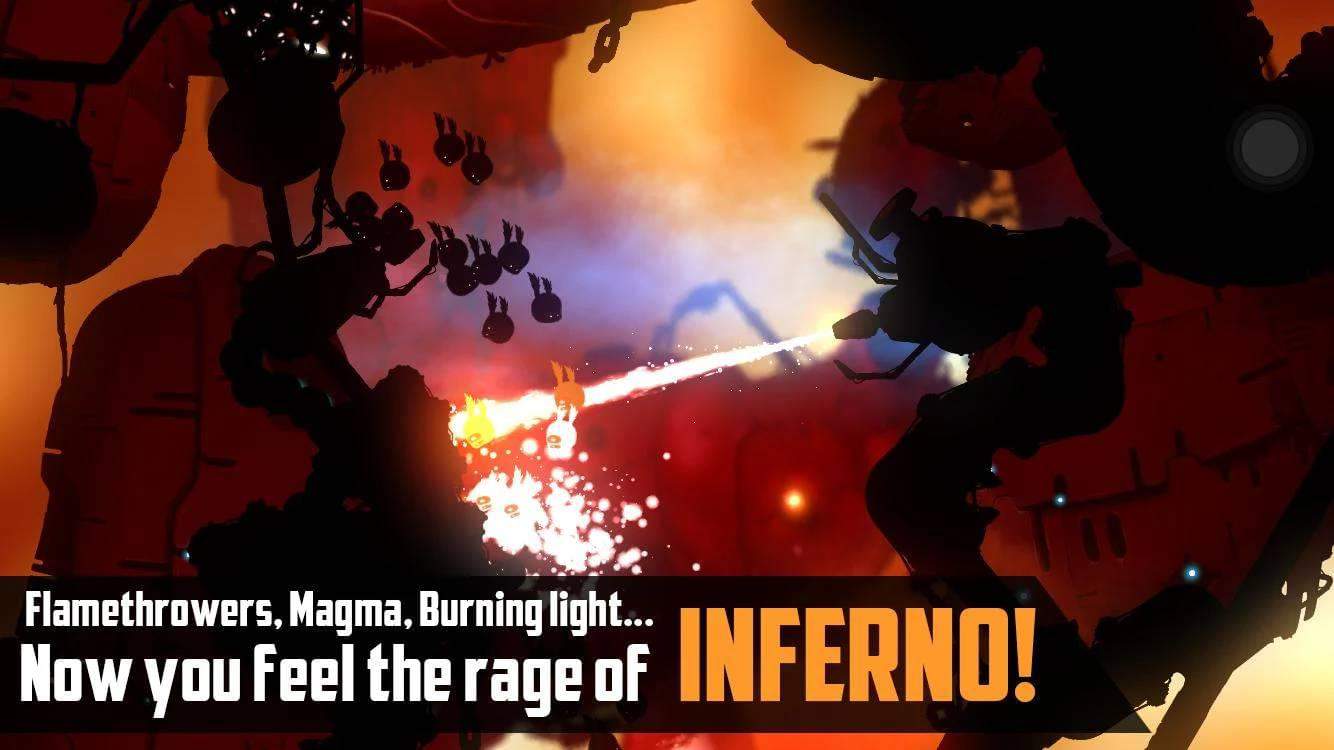 If you were a fan of the original, then you’ll love being able to finally sink your teeth into the sequel, which just recently released onto the Play Store as out of beta. This is an adventure-style platformer with tons of color and vibrancy, and there’s loads of levels to complete. It features the gameplay you loved about the first game but throws in new elements that attempt to trip you up, such as magma, frost, and more. 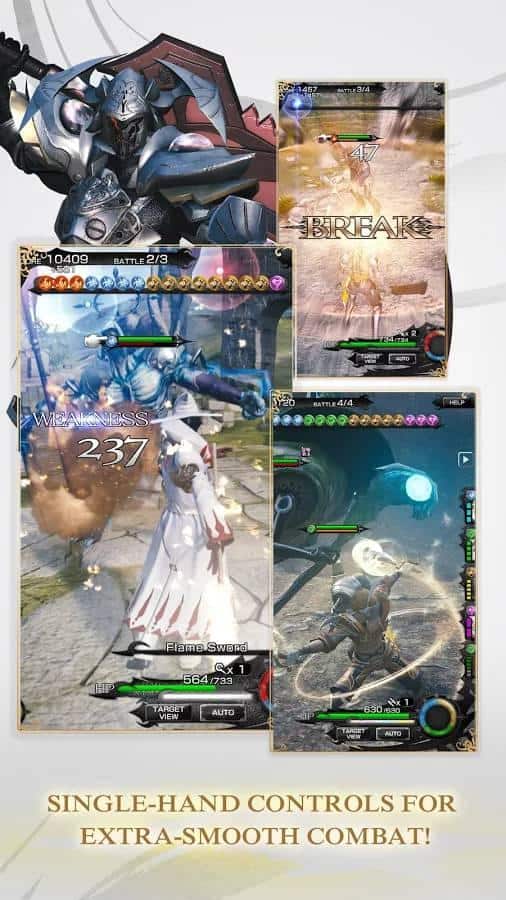 Mobius Final Fantasy is a completely new RPG in the Final Fantasy universe designed from the ground up for mobile devices. It was originally released in Japan over a year ago, but finally came to the west this Summer. It has a rich and deep story intertwined throughout the game as you would expect from a Final Fantasy RPG, and combat is uniquely fresh, mixing in card collecting elements with the turn-based battle system. On top of all that, it has an immersive feel thanks to the stellar graphics and amazing soundtrack. This is a must have for RPG and Final Fantasy fans.

The End Of The World 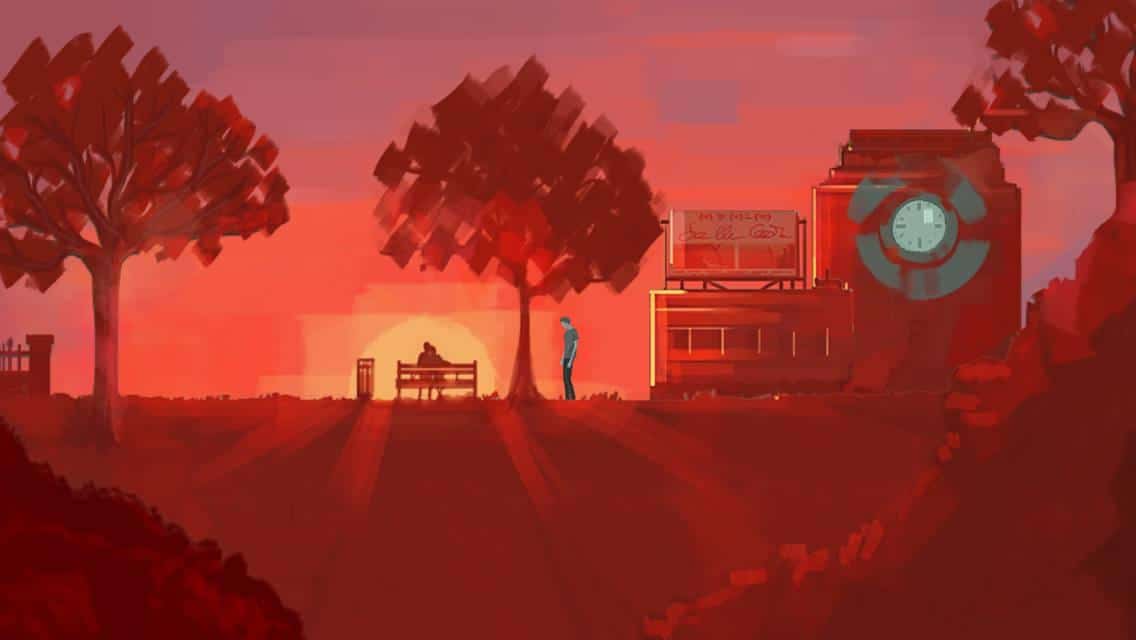 Rounding out this list is a surprisingly touching and heartbreakingly realistic game called The End of the World. It’s essentially an adventure/exploration title, in which you play the role of man whose world has ended due to the loss of the love of his life. Your goal is to discover what led to the situation you’re in when you start the game, and this relatable scenario paired with the beautiful graphics that evoke a hand-painted art style make for an enjoyable experience.