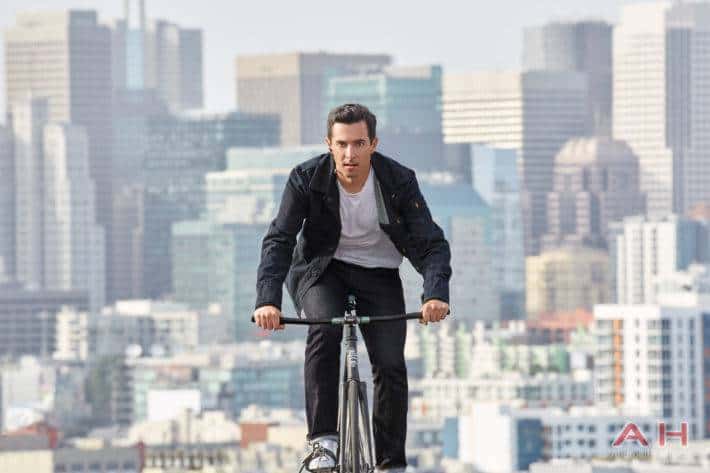 Paul Dillinger is currently facing the biggest challenge in his nearly two-decade career. The vice president of global product innovation at Levi Strauss is currently leading the clothing side of things at Project Jacquard, a smart clothing program initiated by Google's Advanced Technology and Projects group (ATAP). Jacquard is currently focused on wrapping up development of the world's first smart jacket and while Dillinger admits everyone at Levi Strauss is anxious about how the end product will be received by consumers, he's also incredibly excited that he's involved in the production of something that—as he puts it—has the potential to fundamentally change the way people interact with clothing.

The smart denim jacket co-developed by Google and Levi's is designed for cyclists and enables hands-free interaction with smartphones through gestures. Apart from being the world's first connected jacket, this product also marks first collaboration for Levi's with a tech company. Dillinger revealed that it was Google who initially contacted Levi Strauss to join Project Jacquard, adding that he's proud how the largest tech company in the world recognized Levi's expertise in the field. As he puts it, while Google was mainly interested in developing the Jacquard interactive fabric, the Mountain View-based company still wanted a finished product in order to truly test the public's response to it. Given that and the fact it had both zero experience and intention to go into clothing manufacturing, Google decided it needed a partner and it found a perfect one in Levi Strauss.

The garment will launch as a part of Levi's Commuter line of cyclist clothing which Dillinger claims has always been designed to be equally functional and appealing, adding that the upcoming smart jacket is just a tech-infused continuation of that philosophy. As for how "tech-infused" we're talking about here, this piece of clothing is almost entirely made out of conductive yarn partially composed of metallic alloys. Thanks to that yarn, the jacket's sleeves are basically large touch and gesture sensors which can communicate with a smartphone. It's quite literally a woven tactile interface which can and—as far as Dillinger's concerned—should be treated like any other piece of clothing.

Interestingly enough, Levi and Google are just weeks away from a limited beta launch of their smart garment despite only having a product concept 12 months ago. If that doesn't sound incredible, then Dillinger's perception of developmental issues definitely does. Namely, Levi's VP claims that the biggest challenge while creating the Jacquard cyclist garment wasn't how to do it but why. Apparently, the answer "it's super cool" isn't reason enough for Levi Strauss to decide on a new product so the longest stagnation period in the last 12 months was actually spent figuring out the functional side of things. Why would anyone buy a smart jacket that connects to a smartphone? Finally, the Levi's Commuter line of cyclist clothing gave an answer to that question as Dillinger and his team concluded that having the ability to interact with your phone while cycling without putting yourself in danger is useful enough to warrant a product. Google and Levi's smart denim jacket is hitting the market next spring while a limited beta launch has already been scheduled for this fall. And while pretty much everyone is excited to see how the connected garment will work in practice, Dillinger is already dreaming about the potentially countless ways in which this technology will impact the fashion industry. While pretty much no one can answer that question, Levi's VP agrees with the project's technical lead Ivan Pupyrev who claims that Jacquard is just the beginning of incredible things to come.