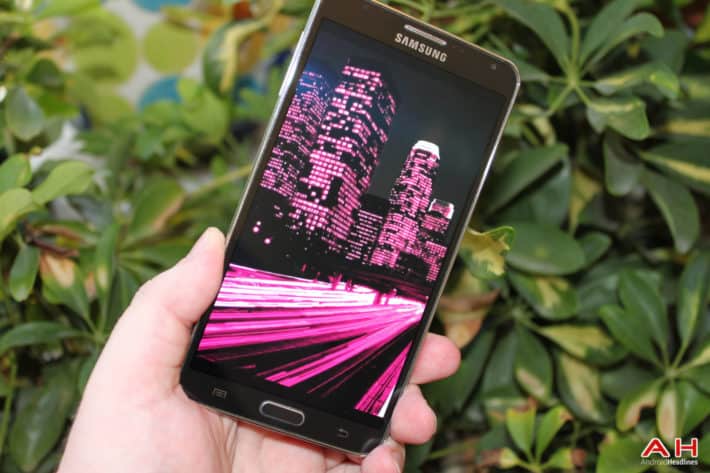 With the increasing functionality of today's mobile apps, smartphones can be quite demanding when it comes to data usage. For those with unlimited data, this doesn't present much of an issue, but for customers concerned about overage fees, the fear of an unexpectedly high wireless bill may keep them from getting the most out of their smart devices. Recently, consulting firm P3 did a study on app usage over cellular connections, and found that of the four major U.S. carriers, T-Mobile customers use their apps over cellular more than those with other carriers.

The study was compiled from data of over 6,000 users between January and August of 2016. During the course of the study, T-Mobile customers averaged 141 app sessions per day while using cellular. AT&T came in a distant second place at 102 apps per day, followed by 85 on Sprint and only 72 on Verizon. T-Mobile customers did not only use apps over their cellular connections more but also consumed more data per day in total, averaging 139 MB over cellular and 268 over Wi-Fi. Sprint users consumed 89 MB over cellular and 168 MB over Wi-Fi, while AT&T came in at 74MB for cellular and 226MB for Wi-Fi. Verizon once again came in last, with less than half of the cellular data consumption of T-Mobile at 69 MB, and 147 MB over Wi-Fi. The results of this study make sense, as they show that those with fewer restrictions on their data usage use it much more freely than those using plans with limitations.

A few years ago, when T-Mobile began their Uncarrier campaign, they started by making unlimited data standard for all users, freeing them from data restrictions. However, rather than charging fees, once a user had reached the limit of their monthly high-speed data according to their plan, their connection speeds would be reduced for the rest of the month. Even so, from the results of this study, it seems that consumers use their data much more freely when it's unlimited, even if they face reduced speeds with high usage. With T-Mobile's recently announced Uncarrier 12, cellular usage is likely to increase even further, as the company has announced that going forward, there will be only a single plan. T-Mobile ONE takes unlimited data to the next level, offering unlimited high-speed data. There are a few restrictions to how this can be used, and the company notes that customers using over 26 GB in a given month may be deprioritized for the remainder of that month, meaning that while their speed will not be universally reduced, they may experience slower speeds when necessary to preserve network quality (such as when connecting to a congested cell tower). Even with these provisions, however, most customers will be able to use T-Mobile service as much as they want without experiencing any penalties. Today's smartphones do many great things, but the most important thing is that customers use them enough to get the most out of them, and in this area, it seems T-Mobile wins out over the competition. 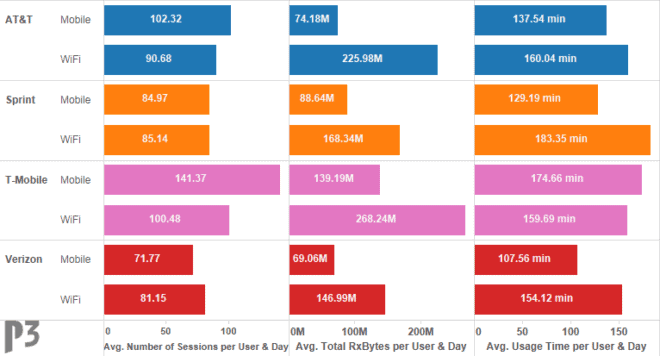