Just like other games, users can quickly and easily download Cultures: Northland from the Play Store. Somewhat unsurprisingly for a game of its caliber, Cultures: Northland is not a free game, and instead asks that players pay for the game outright. This is expensive, but it does mean that the game doesn’t come with any ads or in-app purchases. 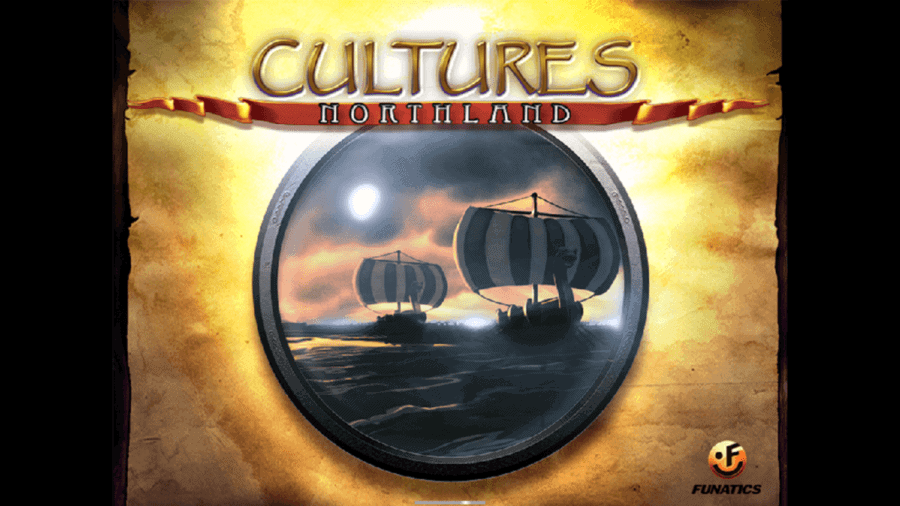 As we can see from the opening loading screen, Cultures: Northland is a game that was designed for monitors and displays with a 4:3 aspect ratio. As such, devices like Android smartphones and tablets with a 16:9 or 16:10 aspect ratio will lose some of their display space to the left and right. 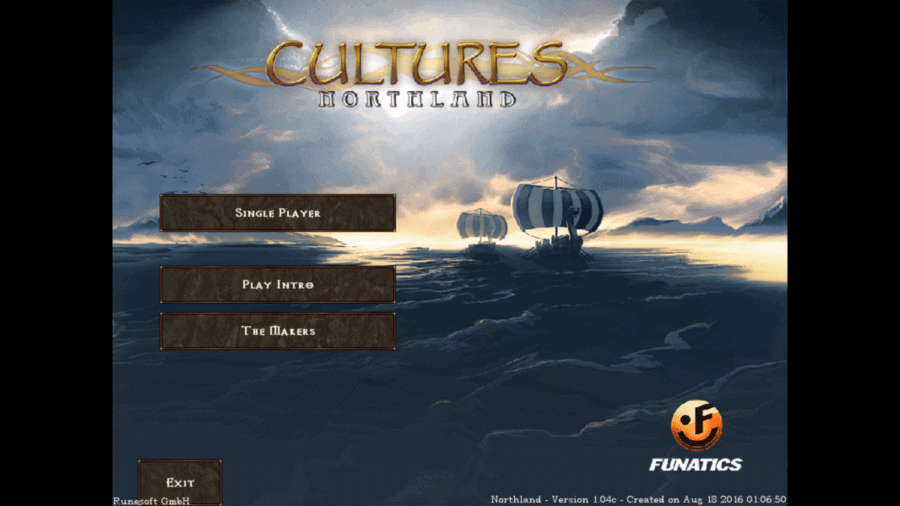 The main menu gives intrepid explorers a handful of choices, and while there are a number of different game modes, including the option to play a free mode, it’s perhaps worth starting with the tutorial. 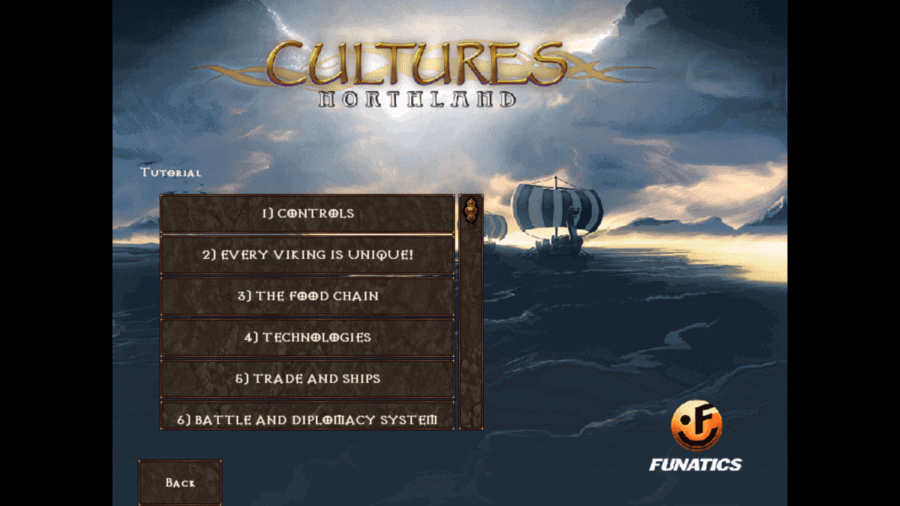 The tutorial is broken up into different sections, which is actually a nice touch, as it allows users to go ahead and choose which part of the game they want to learn more about and then go through that particular part of the tutorial. For a lot of users, the campaign is recommended, especially at first, as the story is where much of the meat of the game is to be found. There are intros to the different parts of the campaign, and while there doesn’t appear to be any voice acting or anything here, there is a good deal of backstory to read through. 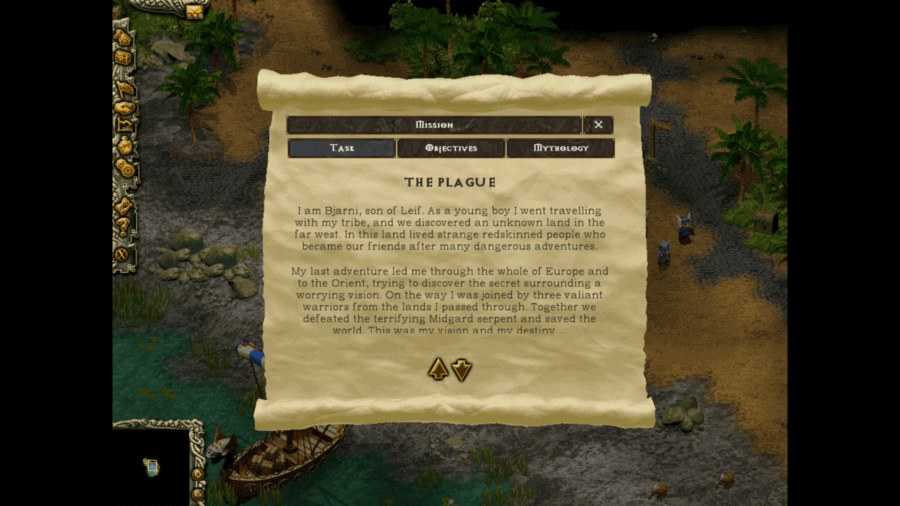 I don’t want to ruin anything, as Cultures: Northland is a great game to play through. It is however, well worth trying to play this on some sort of Android tablet, and if you have one with a 4:3 resolution, then even better! 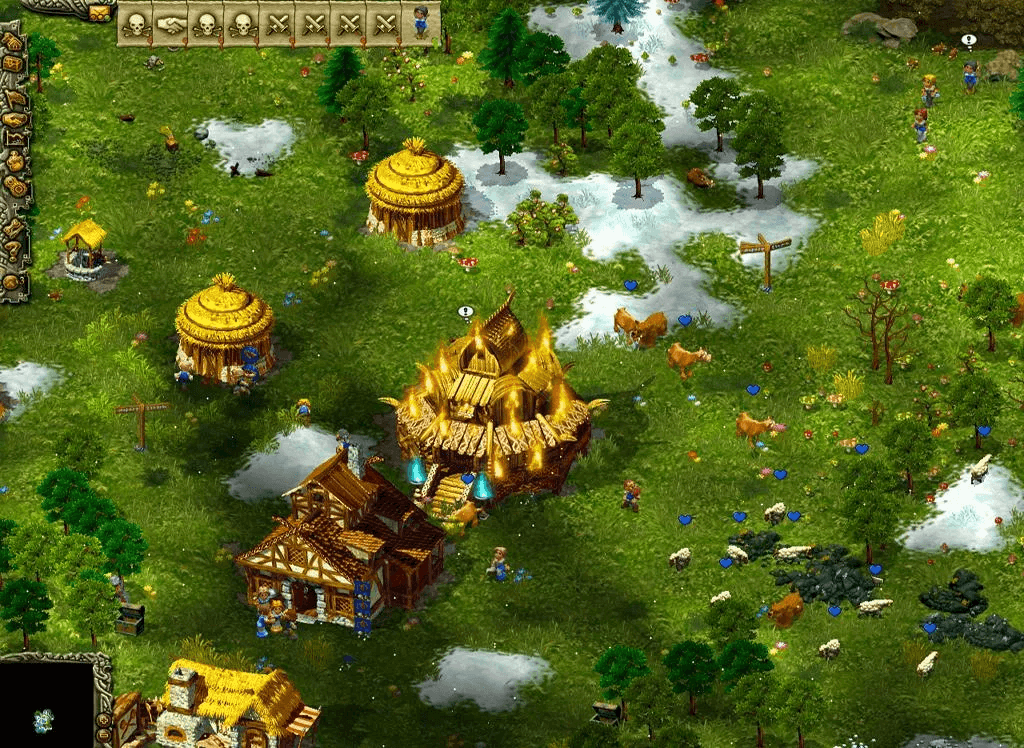 As we can see, when Cultures: Northland is played as it should be, on a 4:3 display, it really does look great. Of course, not everyone has one of these displays on hand, and sadly the game feels very small and cramped on an Android smartphone. I can’t imagine that redoing just the menus and changing the width of the game area would be too difficult, but they haven’t done that here. Even so, Cultures: Northland allows RTS fans to build a city that anyone would be proud of, and it doesn’t take too long to get up and running, either. 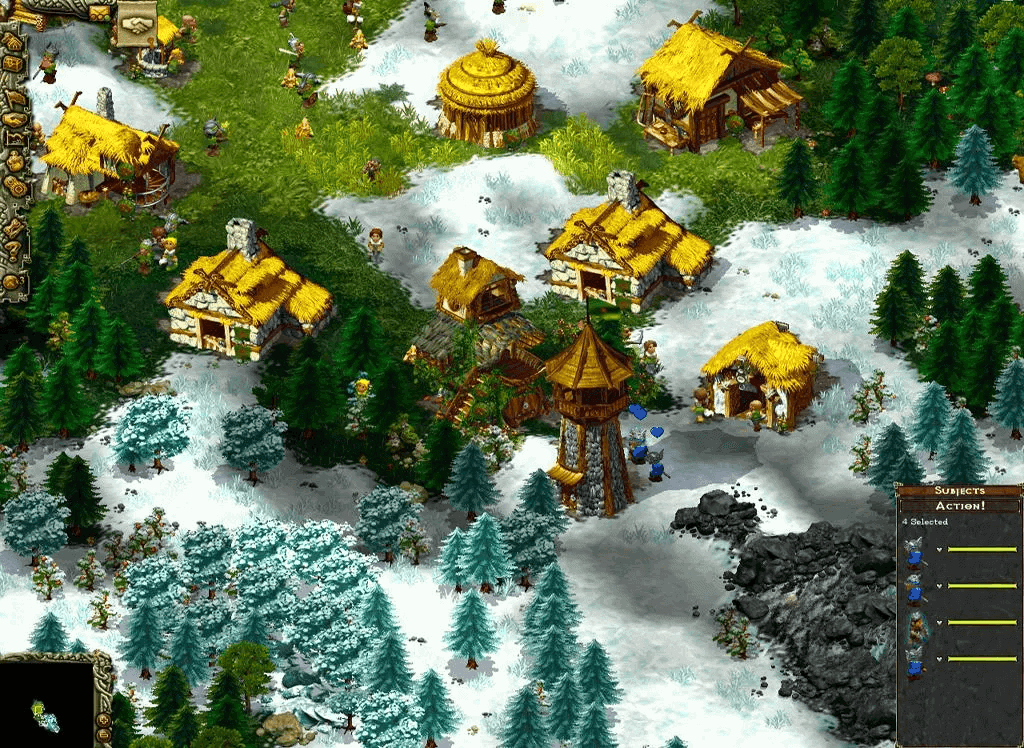 There are different weather elements and such to deal with here, which should be expected given the games setting in the North. Game of Thrones fans will find some enjoyment in posing as their very own “Warden of the North” here, no doubt. Over time however, it’s pretty easy to create something that feels a lot more modern, and offers players something worth protecting from enemies and such. 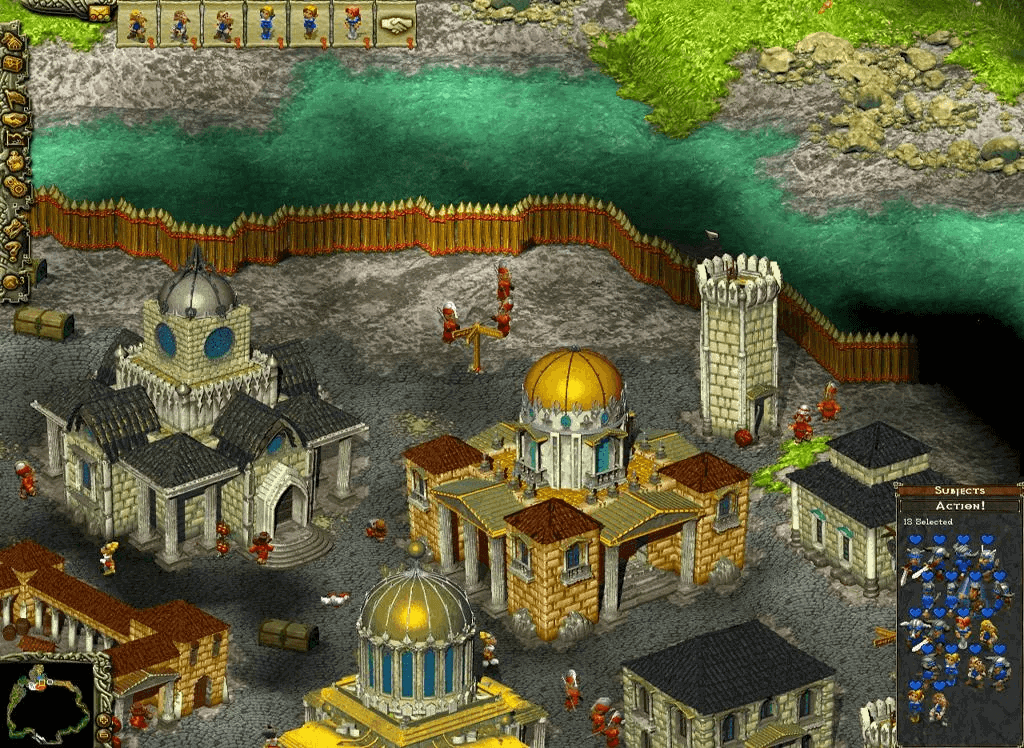 If nothing else, just being able to build up your own kingdom is worth playing Cultures: Northland on its own. There is however, a lot more to it than that, and there’s a lot that players can do once they get their teeth stuck into the game.

After spending some time with Cultures: Northland, it’s easy to see why some players are very happy that it’s now available on Android. It’s a classic game for those that enjoy and miss the days of games where creating something didn’t have anything to do with purchasing more diamonds, but simply working hard toward something. There are no easy way outs here in Cultures: Northland and while it might be considered a little old school for some players, it’s undeniable that this is part of its appeal. This old school look and feel unfortunately does comes with its drawbacks, as it doesn’t fill the display on newer devices, and the menus are particular tricky to work with on an Android smartphone. Of course, those with a larger tablet or even a tablet with a 4:3 ratio will be really happy with the results here, but the majority of Android users are playing their games on a smartphone, not on a tablet. With a wide range of different occupations for your settlers to work as, and a great range of buildings to erect and things to do there’s more than enough on offer for RTS fans and those looking for a game to really get stuck into over the next few weeks or months.

While Cultures: Northland is a great game overall, it is a little on the pricey side and it’s the sort of game that might not appeal to a younger generation that’s looking for something cheaper as well as something with better graphics overall. There’s a lot on offer here in terms of content however, which does make that price tag feel not so much of a problem. With a great feeling story mode and options to free play, there’s a lot to love about Cultures: Northland, especially if you’re a fan of RTS and citybuilding games, but some younger fans might end up being put off.