WatchFace- Live Fire Wallpaper is a watch face for Android Wear devices that puts a simple digital clock on to your smartwatch, which is accompanied by a live, moving fire in the background. This is a watch face for those that want a watch face with a little something extra going on in it. The watch face can be customized from your Android Wear watch, and it doesn't cost anything at all to download and install on your watch. The flames can change color, users can customize the position of the text and a whole lot more all from their wrists. So, let's take a closer look, shall we?

First of all, interested users will need to download WatchFace- Live Fire Wallpaper from the Play Store, and then they'll see it appear on their Android Wear watch not too long after that. here's a quick idea of what it will look like depending on your model of watch. 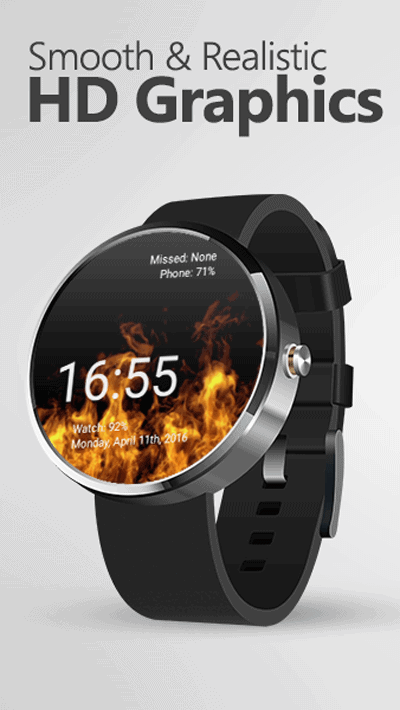 For a quick rundown on everything that Live Fire Wallpaper has to offer for Android Wear users, they can take a look at the below image from their Play Store listing. One thing to note is that despite the Gear S2 being using in the Play Store listing, the only devices compatible with this watch face are those running Android Wear. 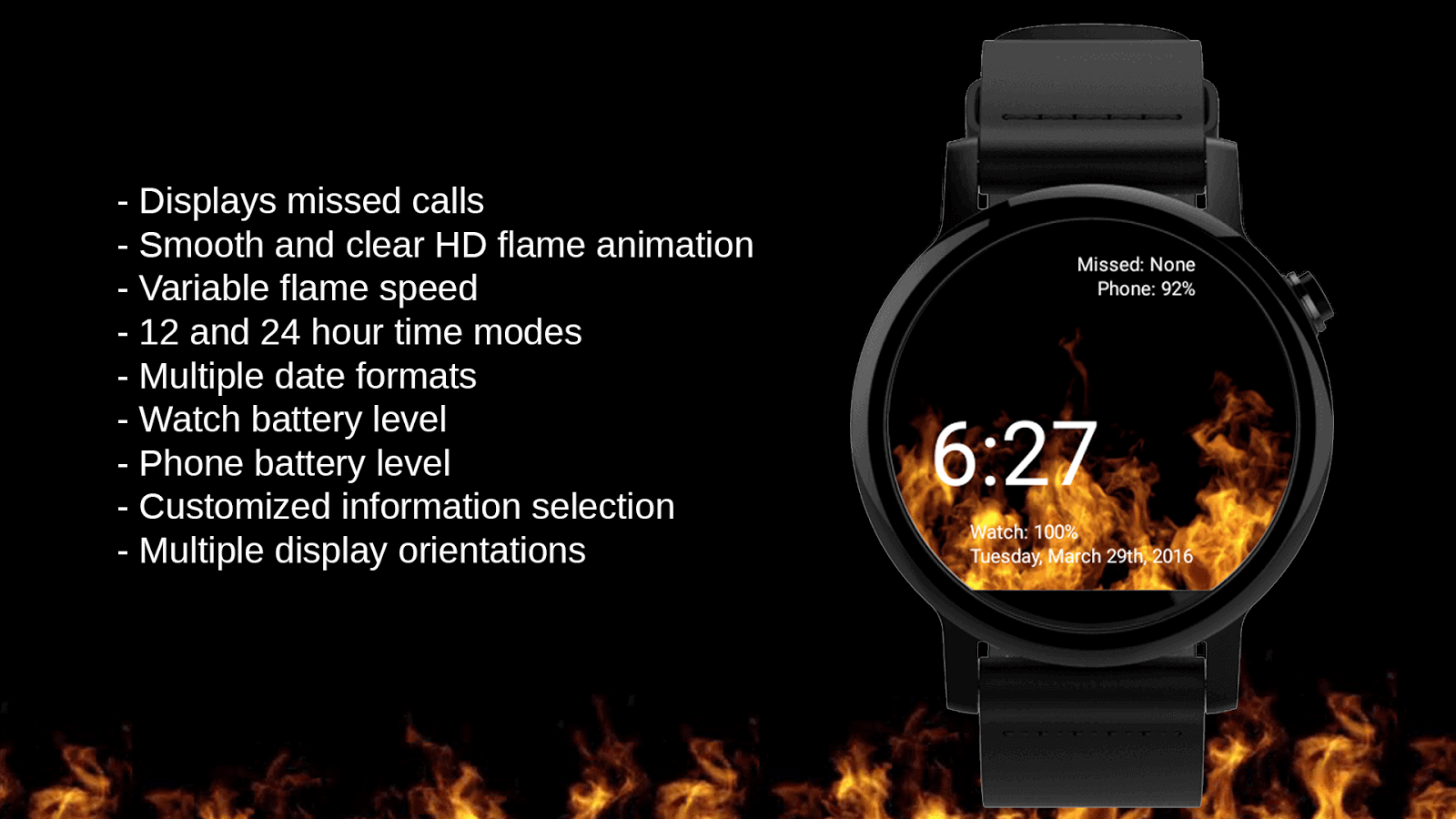 On your Android Wear watch, users can set their watch face just as they would do with any other watch face they might have installed on their smartwatch. On the watch, there is even a wide array of settings that users can spend time tweaking, including options like what the clock display does and the appearance of the flames. 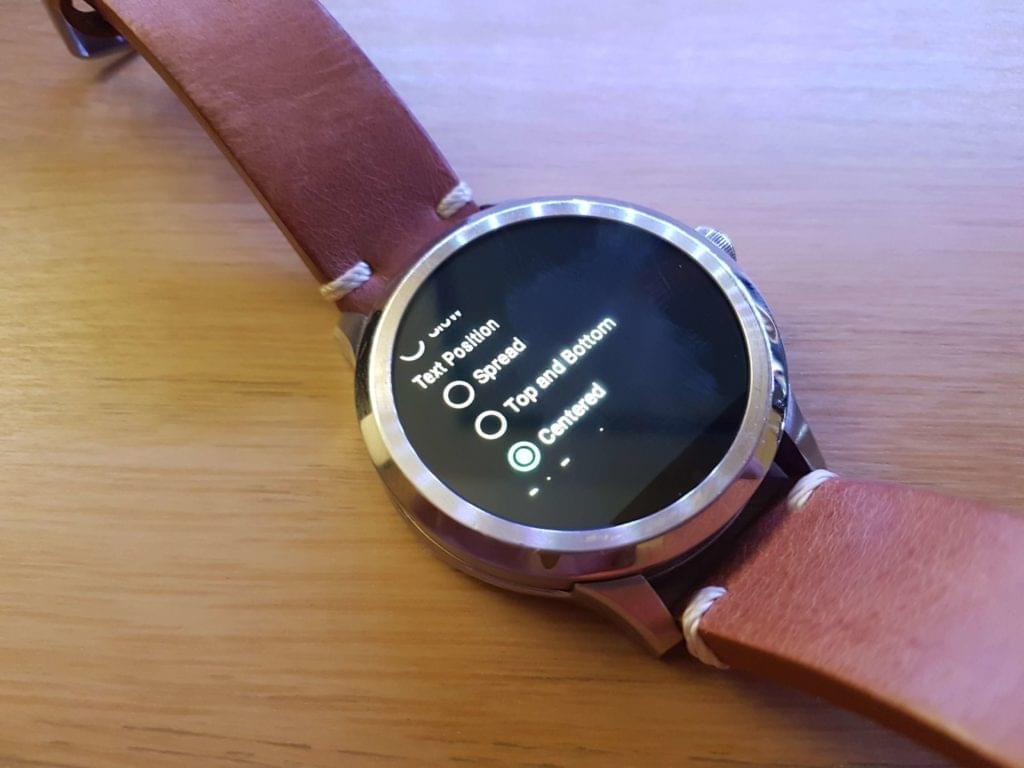 I didn't really care for these functions on the watch much, and found them more difficult to operate than a simple phone app would be. For one thing, the watch app didn't fill the display on my Fossil Q Founder, and it was a little tricky to navigate. This is probably because the app is designed for a phone and not your watch. Even so, the color wheel is certainly a nice addition here, and will appeal to a lot of users. 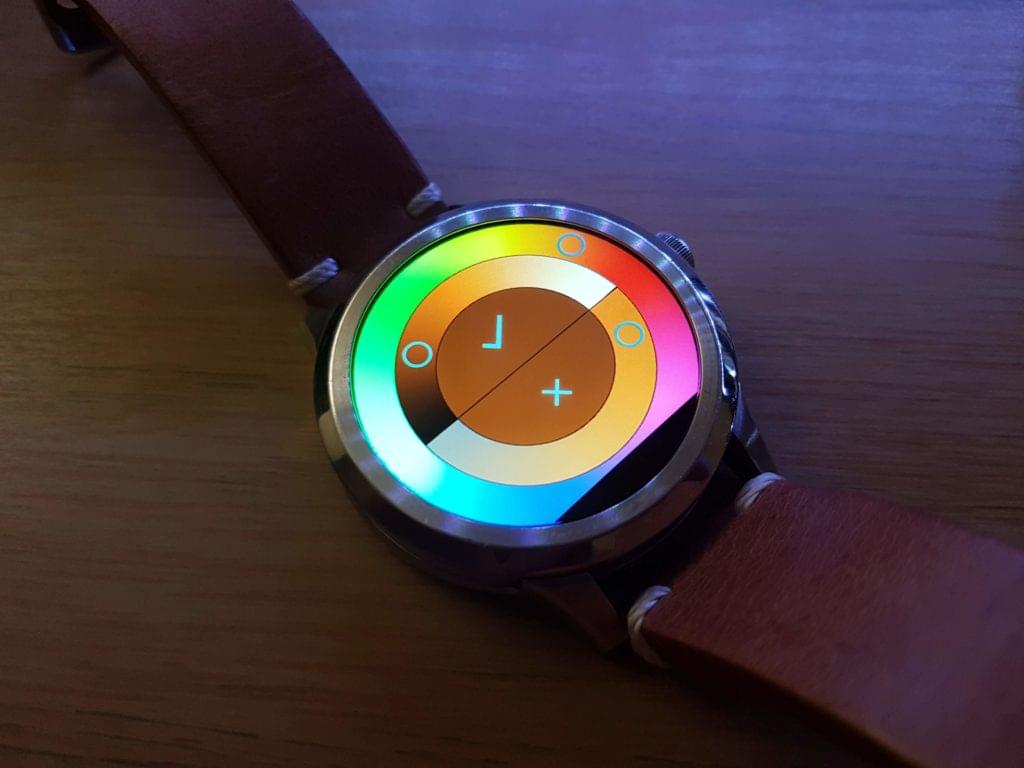 Here's a quick look at what it looks like like on my watch with a few customizations, I didn't want to adjust the color too much as I quite like the idea of an animated fire place on my wrist. If nothing else, it's one more thing to show off your Apple Watch wearing "friends". 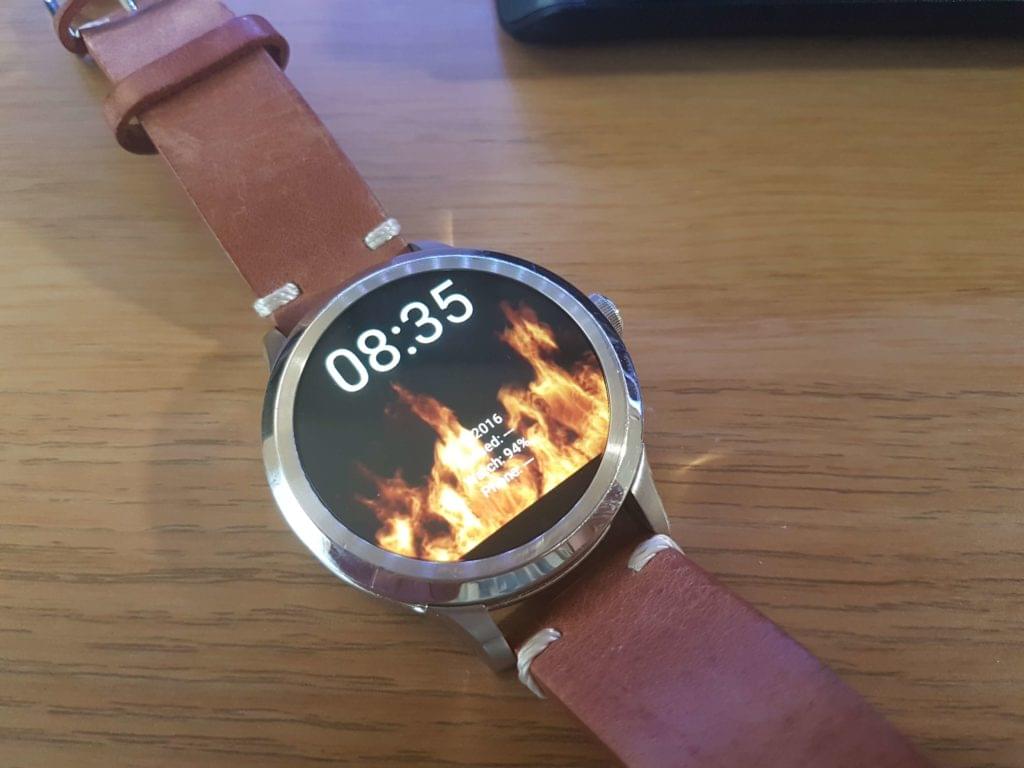 Of course, if you wanted to spend time making the colors of your watch face really pop, then you can definitely do that no problem. There are as many combinations here as you can think of using the color wheel. 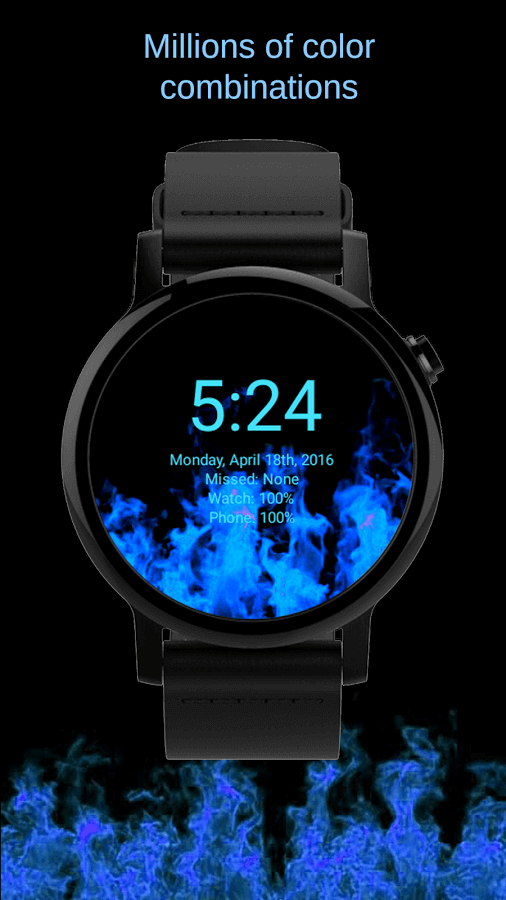 Square watches aren't left out of the fun here, as these work with Live Fire Wallpaper just fine, giving new life to some of the older Android Wear watches out there. 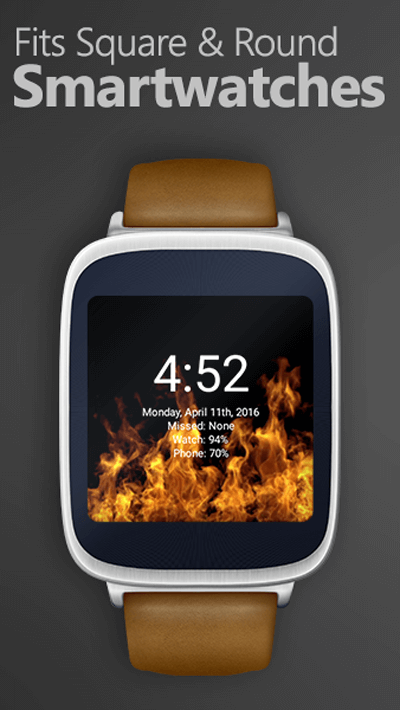 It would be nice if there was a phone app that allowed users to change settings on their biggest screen available to them on the move, but it just doesn't work and mostly serves to offer users a lot of ads, as well as a link to other watch faces from the same developer. 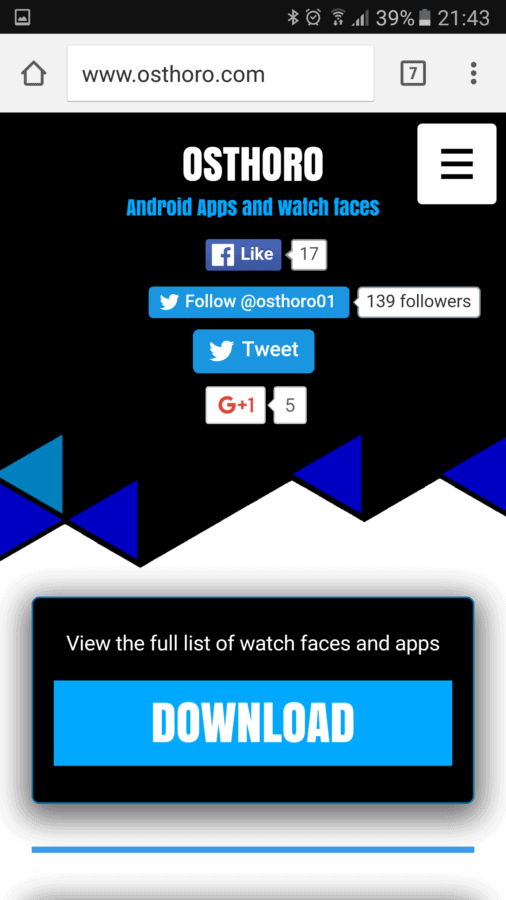 The developer does seem to have a lot of different watch faces available, and this is something that a lot of users should take a look at, that's for sure.

While spending time with Live Fire Wallpaper on my Android Wear devices, I felt that there's a lot of potential here, but that ultimately the watch face itself is fairly basic. This animated fire aesthetic has been done a number of times before, and while there's no getting around the fact that it looks good, it's hardly all that original. having said that, the amount of customization options that the developer has given certainly give users a lot more to work with and there should be something for everyone here. The main problem that will put off a lot of users however comes from how these customizations are made. It's great to see that these options can be changed from the watch, but the watch app is fiddly and didn't even fill my display completely, and where the phone app should be able to help, there's nothing here but ads and a link to more watch faces from the developer.

All-in-all, Live Fire Wallpaper is a watch face that does have a lot to offer Android Wear users, but it's the sort of app that will certainly divide people. Many will have already seen this animated fire aesthetic a number of times before, while others will be more than happy to see it on their watches. It's got a lot going for it in the customization department, especially for a free watch face, but the watch app itself is a little fiddly and cramped and there's more than a few ads that come with the phone app as well.